Another four coronavirus caseshave been linked to the Australian Open taking the total to six, with more people likely to be forced to self-isolate inside Melbourne’s quarantine hotels.

Another four coronavirus cases, including one player, have been linked to the Australian Open taking the total associated with the tournament to six.

The rising numbers mean more people will likely to be forced to self-isolate in Melbourne's quarantine hotels.

The Department of Health and Human Services this afternoon confirmed the new cases were three males aged in their 30s and one male aged in their 50s. 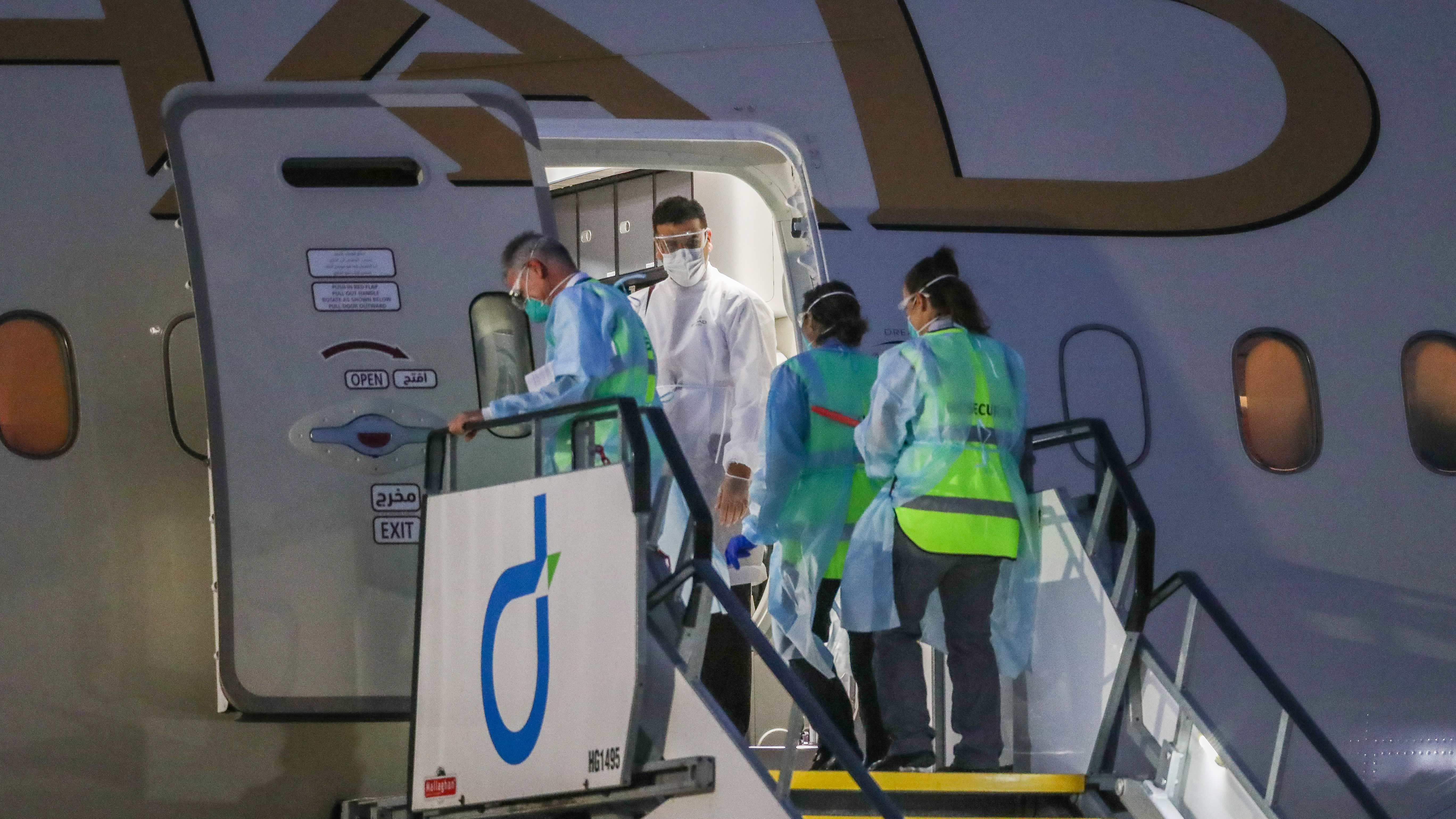 Victorian Premier Daniel Andrews today confirmed the new infections were in addition to the five cases which emerged from three flights over the weekend, bringing players, staff, officials and media to Australia.

All 15 charter flights have now arrived in Melbourne.

"All four are associated with the tennis, and they're all tucked away safely in hotel quarantine," he said.

"There's still plenty of time for two weeks of quarantine and a buffer that is built in before February 8 before the tournament starts, and we'll just have to be guided by the test results that come back from people who have been, by virtue of being on a flight with people who have tested positive, despite having tested negative before they got on the plane."

READ MORE: What you can and can't do on Australia Day as COVID-19 restrictions continue

Mr Andrews quickly shot down remarks from players requesting special treatment in hotel quarantine, including leniency on the rules and the duration of the quarantine period.

"The rules apply to them as they apply to everybody else, and they were all briefed on that before they came," he said.

"There's no special treatment here. Because the virus doesn't treat you specially. So neither do we."

The premier also hit back at the list of 'demands' given by Novak Djokovic, standing firm the rules would not be changed for anyone.

Djokovic reportedly wrote to the Australian Open boss with a raft of demands on behalf of players.

They included permission to visit a coach or trainer and to move as many players as possible to private residents with tennis courts.

"But the answer is no. And that was very clearly put.

"We have Tennis Australia's full support in the rules and they were communicated to everybody involved in the event.

"It doesn't mean that everyone likes them, but that's not the world we're in. "This is a wildly infectious pandemic. There are rules that need to be followed. They will not be changed. And that's the basis on which people came here."

Victoria's Chief Health Officer Professor Brett Sutton said the infected individuals were probably exposed to COVID-19 before they got on the flights.

"It does speak to how much transmission there is globally at the moment, especially in the Northern Hemisphere, that there are people who tested negative but were incubating the illness and tested positive subsequently," he said.

"That's why the rules are extremely strict for these tennis players and their entourage, as much as for any other international arrival.

"Everyone finds quarantine tough, but Victorians have copped this as much as anyone in the world.

"Victorians have done it tough, and they don't expect special rules for anyone else."

READ:  This 'lion' is actually a very furry dog 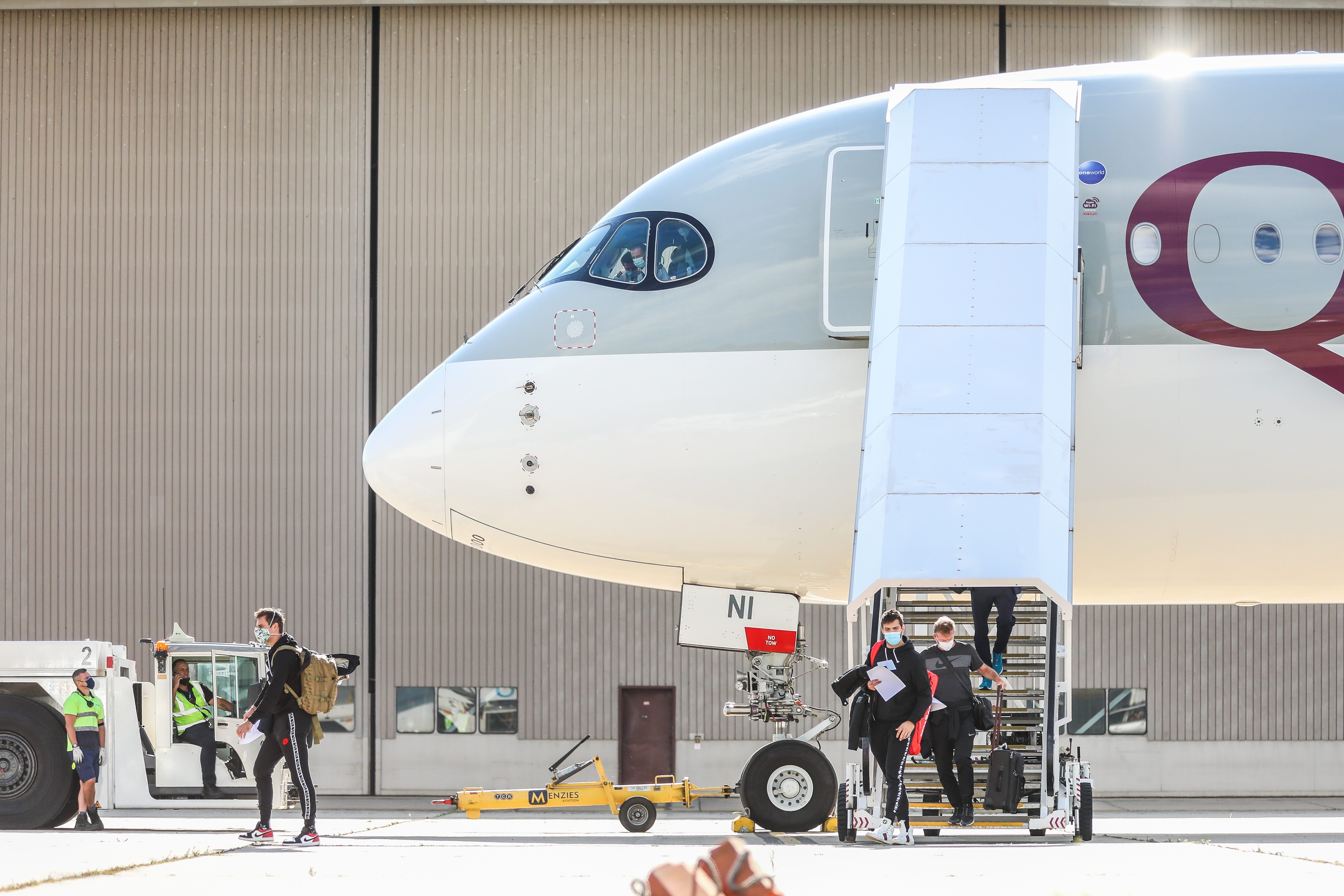 9News earlier revealed the fifth case was aboard a Qatar Airways flight QR7485, carrying players and officials that arrived from Doha at 5.30am on Saturday.

The positive test came from a passenger who was not a member of the playing contingent, Australian Open organisers said.

But all 58 passengers, including the 25 players on the flight, now cannot leave their hotel rooms for two weeks.

It means every other player on the plane is now considered a close contact and not eligible to leave their hotel room to train for five hours a day.

There are currently 72 players locked in their hotel rooms.

The blow to the tournament comes as two players received official warnings after breaking the rules to open their hotel door to chat.

Other players have taken to social media to complain about conditions, including the quality of the food and even mice in their room.

Quarantined players who will now be unable to train for two weeks "are being supported to access equipment for their hotel rooms to help them maintain their fitness during this time", CQV said.