Mayhem has exploded on the streets of Minneapolis as riots over the death of an unarmed black man in police custody escalated today.

Arvier and his cameraman Adam Bovino thrust viewers into the chaos as outnumbered police fired tear gas, stun grenades and capsicum spray on protesters, who in turn lobbed bricks at officers. 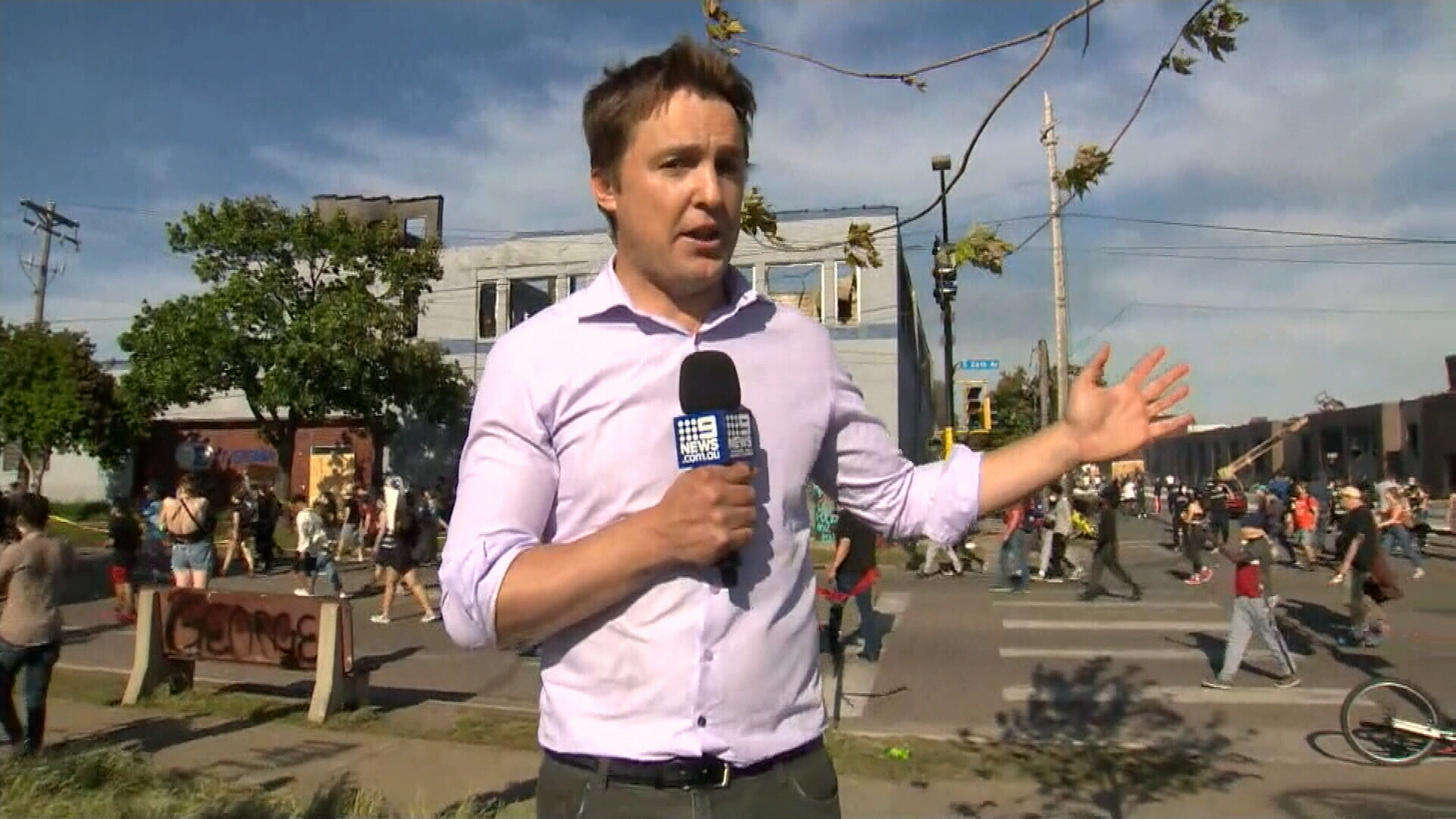 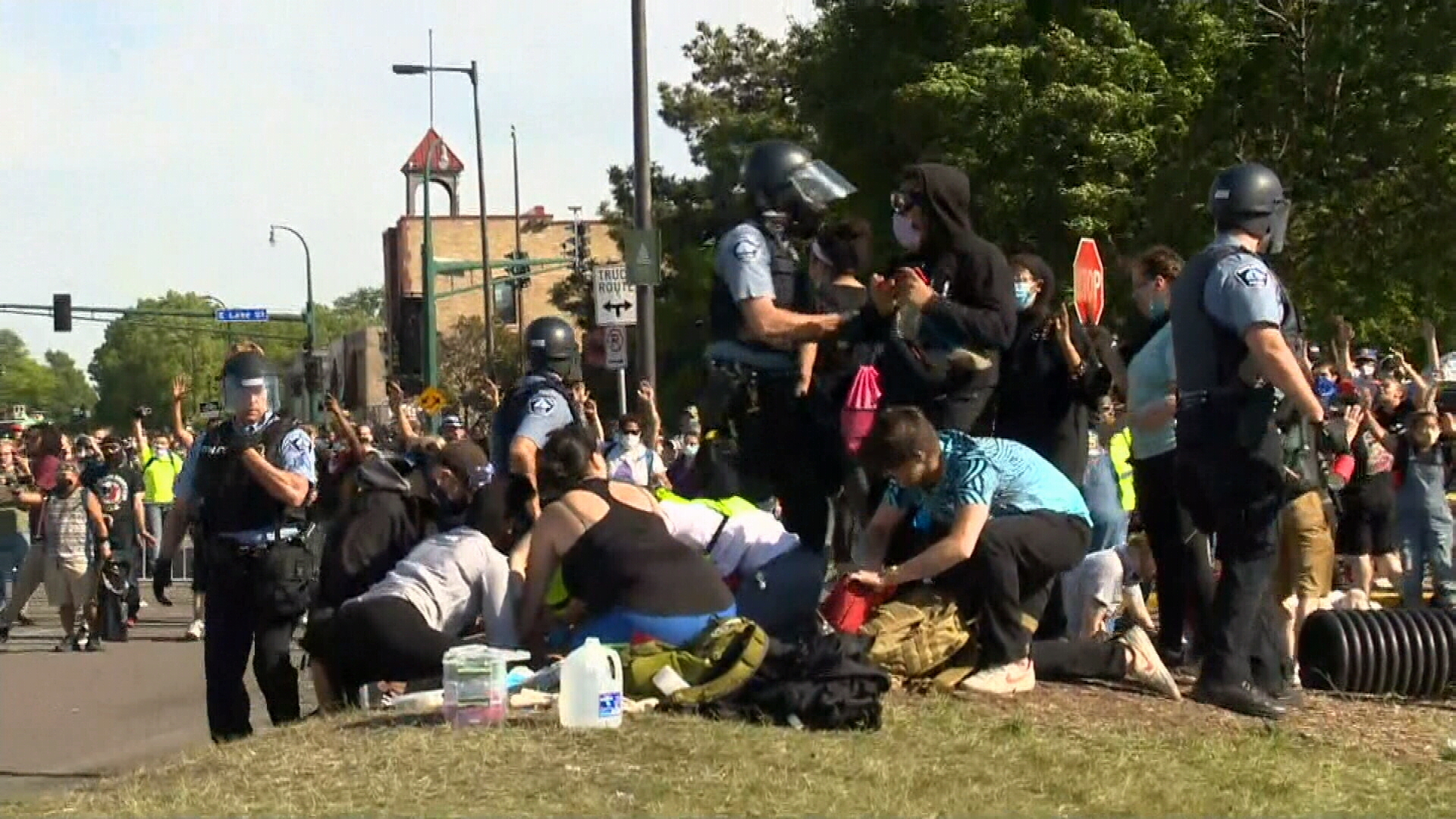 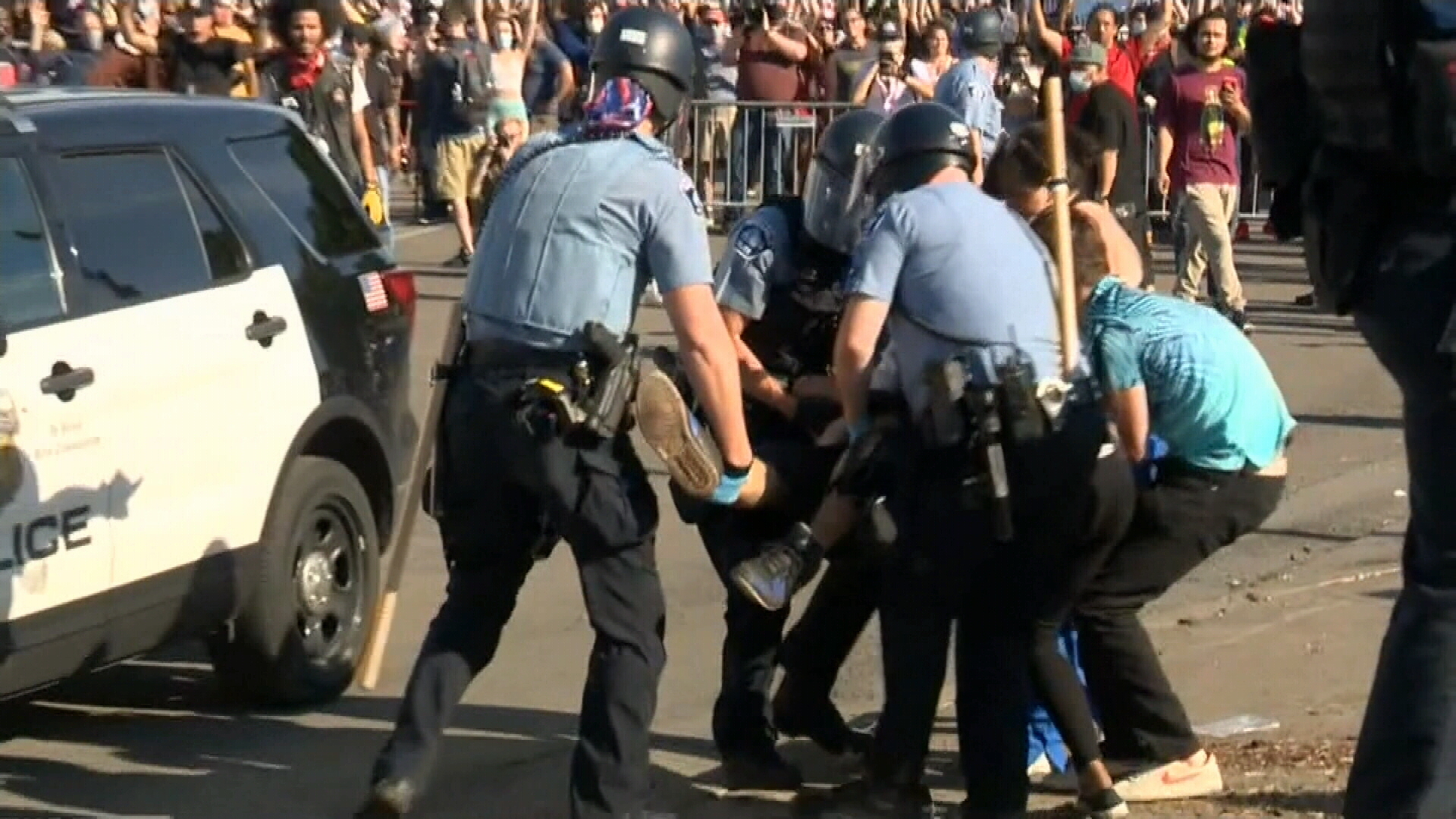 At one point, a brawl broke out and a man was stabbed nearby. The victim was rushed into an arriving police car and the alleged attacker arrested at gunpoint.

"There are multiple fronts here," Arvier told Today viewers amid the carnage.

"There are police defending themselves in about three different angles. They are boxed in and surrounded.

"The only way out now is down the street, that's where they are trying to go but whether the crowd senses that, it is following them again, hurling projectiles.

"You can see the police there, out of the back of that car they are throwing the stun grenades." 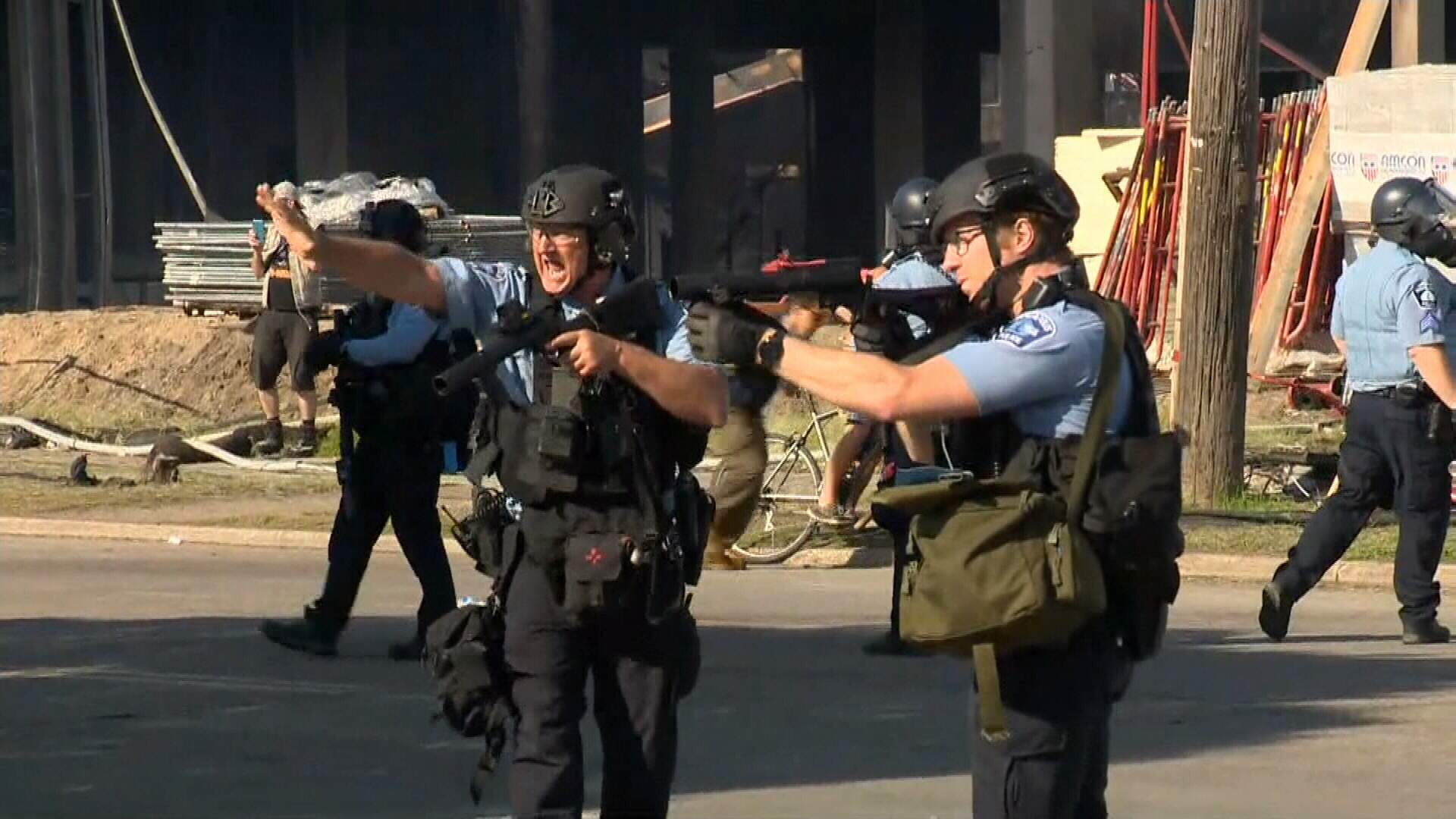 The riots and looting were triggered when video of a police officer with his knee on George Floyd's neck went viral this week.

Mr Floyd could be heard telling the officers that he couldn't breathe – echoing the case of Eric Garner, another black man who died during an arrest.

Watch the full video in the player above.