A regional town in Victoria’s west has been ravaged by a ferocious storm overnight, with several properties damaged as wild winds wreaked havoc in Horsham.

A regional town in Victoria's west has been ravaged by a ferocious storm overnight, with several properties damaged as wild winds wreaked havoc in Horsham.

The fierce storm hit the northern part of the town about 12am, ripping off roofs from homes, tearing trees down and shattering windows.

9News understands up to 20 homes in the area have been damaged by the storm after wind gusts of up to 100km/h tore through the town. 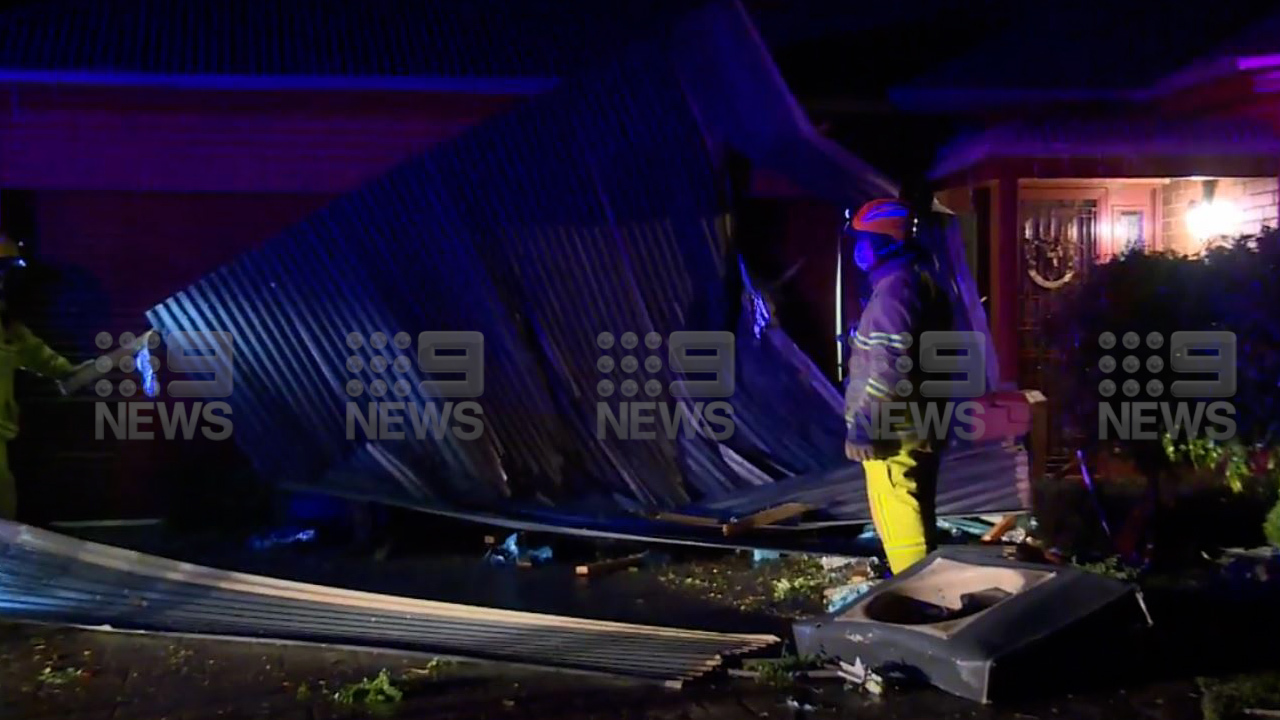 A major clean-up is now underway by CFA and SES crews.

Resident Martin Tracey told 9News he heard a "mighty crash and a bang" before his bedroom window shattered, covering his sheets with glass.

The man suffered cuts to his neck and arm, escaping serious injuries.

"I pulled the sheets up over us and next thing - the window's glass has landed on top of us," he said.

"The window and everything was laying on top of us.

"I thought it was actually a cyclone." 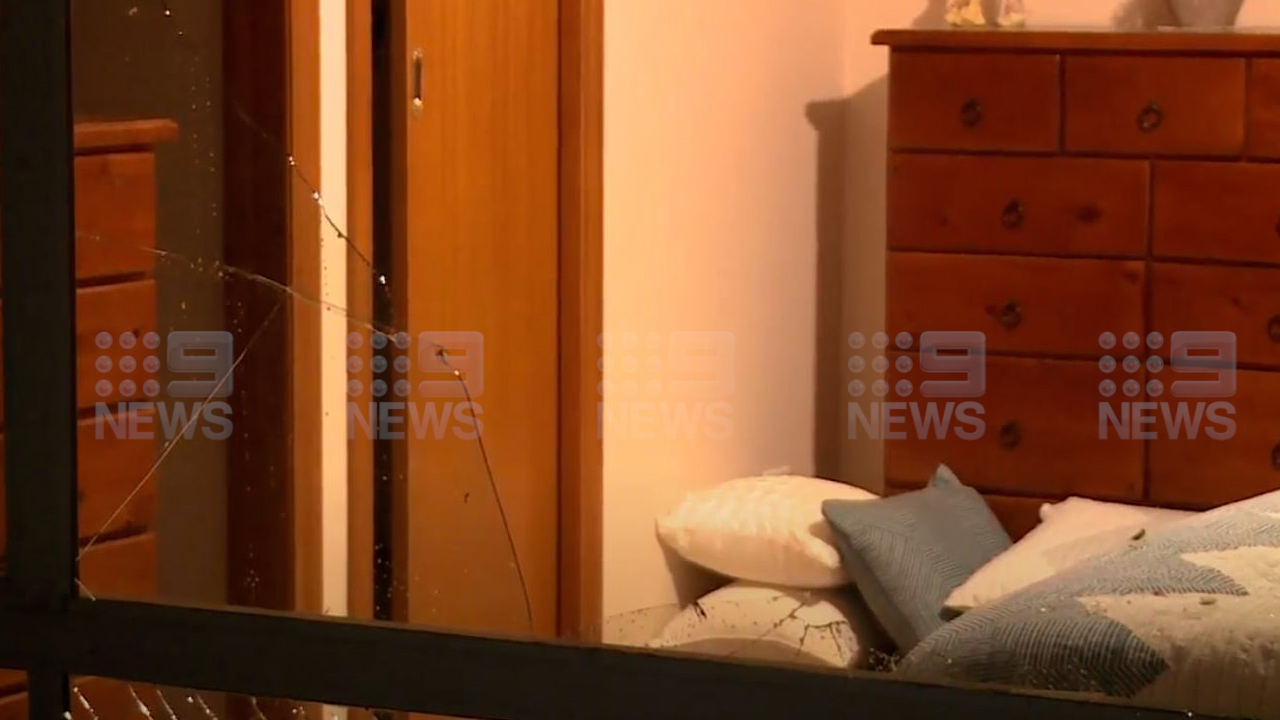 "We had major wind storm come through," he said.

"Its ripped off multiple roofs, air conditioners and damaged approximately 20 buildings in this part of town."

Resident Dolcy Fisher said she heard a "huge roar" when the storm hit.

"The gardens are just wrecked," she said.

"Everything is just a big mess."