South Korea has reported an eight-fold jump in viral infections in four days to 433.

South Korea has reported an eight-fold jump in coronavirus infections in four days to 433, most of them linked to a church and a hospital in and around the nation's fourth-largest city, where health workers scrambled to screen thousands of worshippers.

The country also reported its third death from the virus, a man in his 40s who was found dead at home and posthumously tested positive.

There's concern that South Korea's death toll could grow. Virus patients with signs of pneumonia or other serious conditions at the Cheongdo hospital were transferred to other facilities, 17 of them in critical condition, Vice Health Minister Kim Gang-lip told reporters. 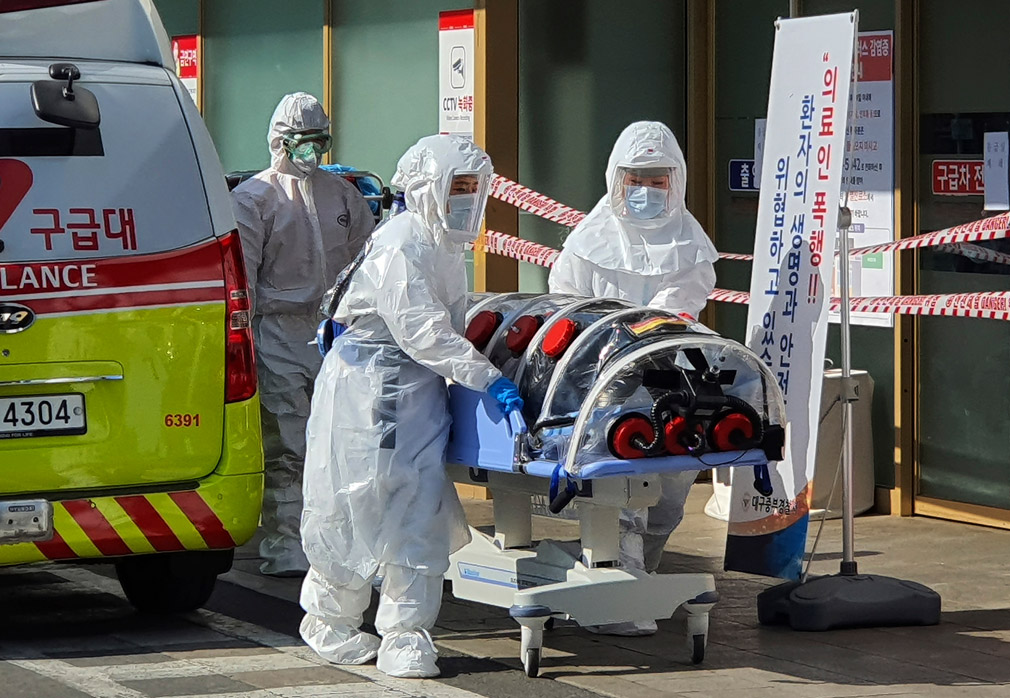 He said that the outbreak had entered a serious new phase, but still expressed cautious optimism that it can be contained to the region surrounding Daegu, where the first case was reported on Tuesday (local time).

How the virus is spreading in China

In some positive news, China said Saturday that the daily count of new virus cases there fell significantly to 397, though another 109 people died of COVID-19, the disease caused by the virus.

Most of the new cases and all but three of the deaths were in Hubei province, where the outbreak started.

The new figures, along with an upward revision of Hubei's earlier count, brought the total number of cases in mainland China to 76,288, with 2345 deaths.

China has severely restricted travel and imposed strict quarantine measures to stop the virus from spreading.

A few Chinese provinces, eager to restart factories and their economies, began easing those restrictions after reporting no new cases in recent days.

Liaoning and Gansu provinces both lowered their emergency response level, and two cities in Shaanxi province resumed bus services and removed checkpoints at railway stations, bus stations and on some highways.

By Saturday morning, the city of 2.5 million and surrounding areas counted 352 cases, including two fatalities in the Cheongdo hospital. Both patients had pneumonia.

The central government has declared the area a "special management zone" and is channelling support to ease a shortage in hospital beds, medical personnel and equipment.

While some experts say the virus has started to spread nationwide, pointing to a number of infections in Seoul and elsewhere that weren't immediately traceable, government officials remained hopeful of containing the outbreak.

"Although we are beginning to see some more cases nationwide, infections are still sporadic outside of the special management zone of Daegu and North Gyeongsang Province," Mr Kim said during a briefing.

He called for maintaining strong border controls to prevent infections from China and elsewhere from entering South Korea. 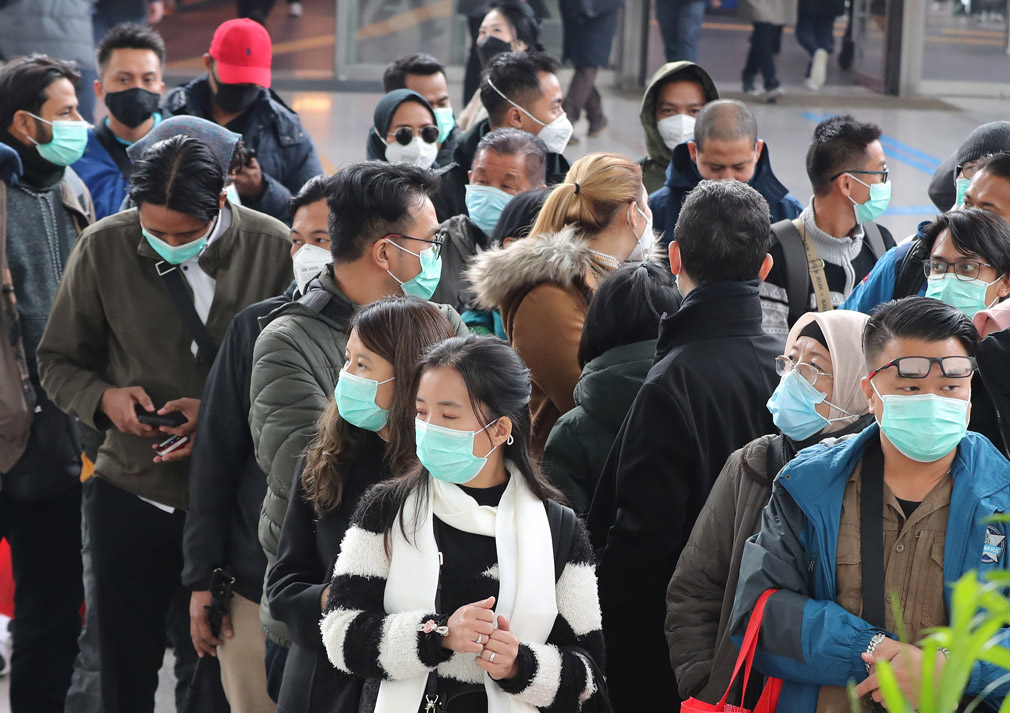 Nationwide, the numbers told of a ballooning problem. There were 20 new cases reported Wednesday, 53 on Thursday and 100 on Friday.

Around 230 of those have been directly linked to a single house of worship, a Daegu branch of the Shincheonji Church of Jesus, where a woman in her 60s attended two services before testing positive for the virus.

Officials are also investigating a possible link between churchgoers and the spike in infections at the Cheongdo hospital, where more than 110 people have been infected so far, mostly patients at a mental illness ward.

Health officials were screening some 9,300 church followers, and said that 1261 of them have exhibited cough and other symptoms.

Among them, four had travelled abroad in recent months, including one to China, although that trip came in early January and was not near Hubei.

All 74 sites operated by the Shincheonji Church have been closed and worshippers have been told to instead watch services online for a sect whose leader claims to be an angel of Christ, but who is dismissed by many outsiders as a cult leader.

Its teachings revolve largely around the Book of Revelation, a chapter of the New Testament known mostly for its apocalyptic foreshadowing. 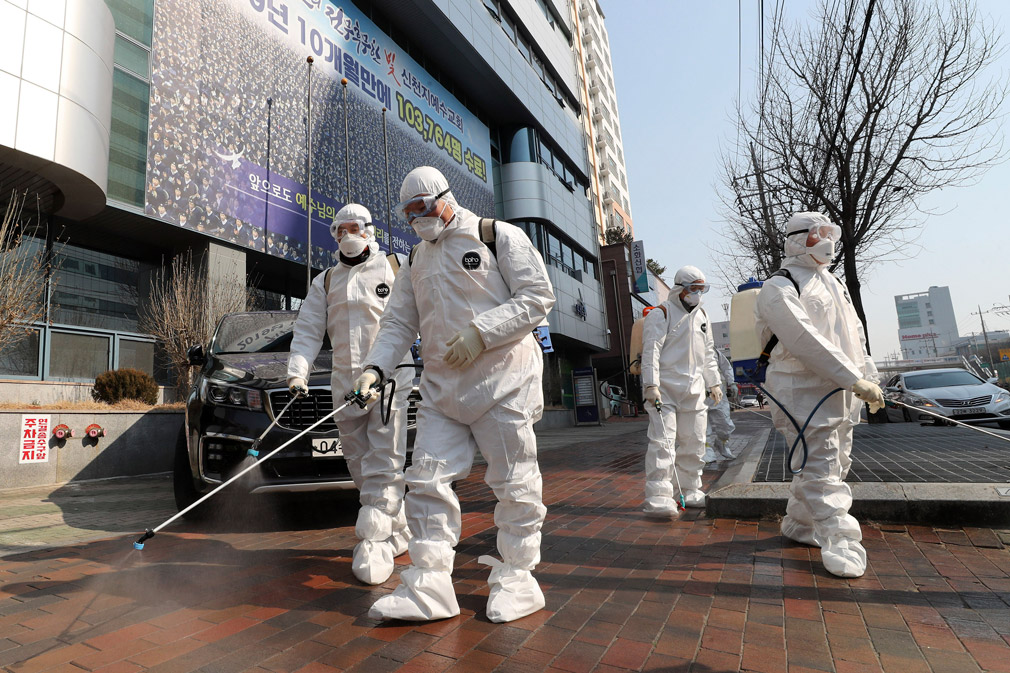 Health and city officials say the woman who first tested positive had contact with some 1160 people, both at the church, a restaurant and a hospital where she was treated for injuries from a car accident.

But officials say it's unlikely that the woman set off the chain of infections, and that she was probably just the first person to be detected in an area where the virus was circulating in the population.

Anxiety is also palpable in other parts of the country.

In Seoul, South Korea's capital, fear of the virus led many to avoid shops and restaurants and instead eat at home and order necessities online. Buses and subways were full of mask-clad commuters.

Rallies were banned in downtown Seoul, but hundreds went ahead with an anti-government protest on Saturday.

READ:  Man who went to hospital with back pain found to have three kidneys

A US Army garrison in Daegu restricted access and imposed self-quarantine for American troops.

"There remain zero confirmed cases of USFK personnel with COVID-19 despite the rise in confirmed South Korean cases," US Forces Korea said in a statement. 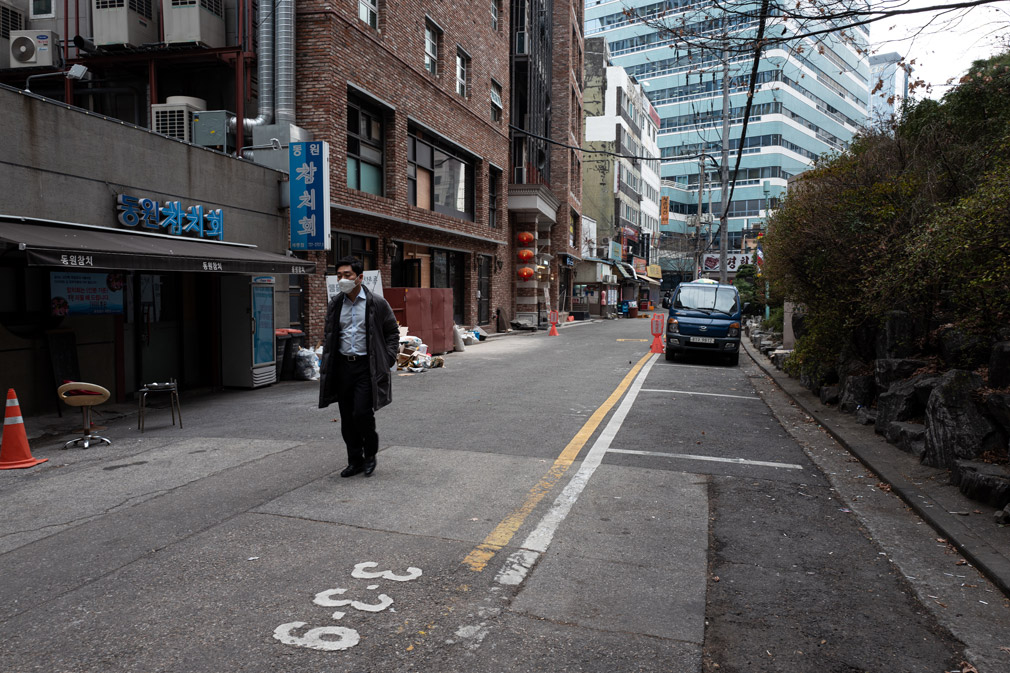 In Japan, among 16 new cases of the virus was a middle school teacher in her 60s, prompting concern for the health of other teachers and students in Makuhari in Chiba prefecture southeast of Tokyo.

Iranian health authorities on Saturday reported the country's fifth death from the virus and 10 new cases, raising the country's total number of cases to 28.

Saudi Arabia barred travel to Iran and said anyone coming from there can enter only after a 14-day quarantine.

The decision directly impacts thousands of Iranians who travel to Mecca and Medina for Islamic pilgrimages, effectively barring them from the kingdom.

Italian authorities say a 78-year-old man died of the disease and the number of people infected has more than quadrupled due to an emerging cluster of cases in the country's north.

Many of the new cases represented the first infections in Italy acquired through secondary contagion and brought the country's total to 19.

A dozen towns in northern Italy were on effective lockdown Saturday.

In the United States, 35 people have tested positive for the virus, including 18 who returned home from a quarantined cruise ship in Japan and one new case reported Friday in California.