The fragments of a fossilised skull belonging to a previously unknown species of tyrannosaur were found in southern Alberta, Canada.

Tyrannosaurus rex, the king of the dinosaurs, has gained a new family member.

The fragments of a fossilised skull belonging to a previously unknown species of tyrannosaur were found in southern Alberta, Canada.

And it's all thanks to John De Groot, a farmer and palaeontology enthusiast who found the fossil, according to a release from the Royal Tyrrell Museum in Alberta, where the fossils will be displayed later this year. 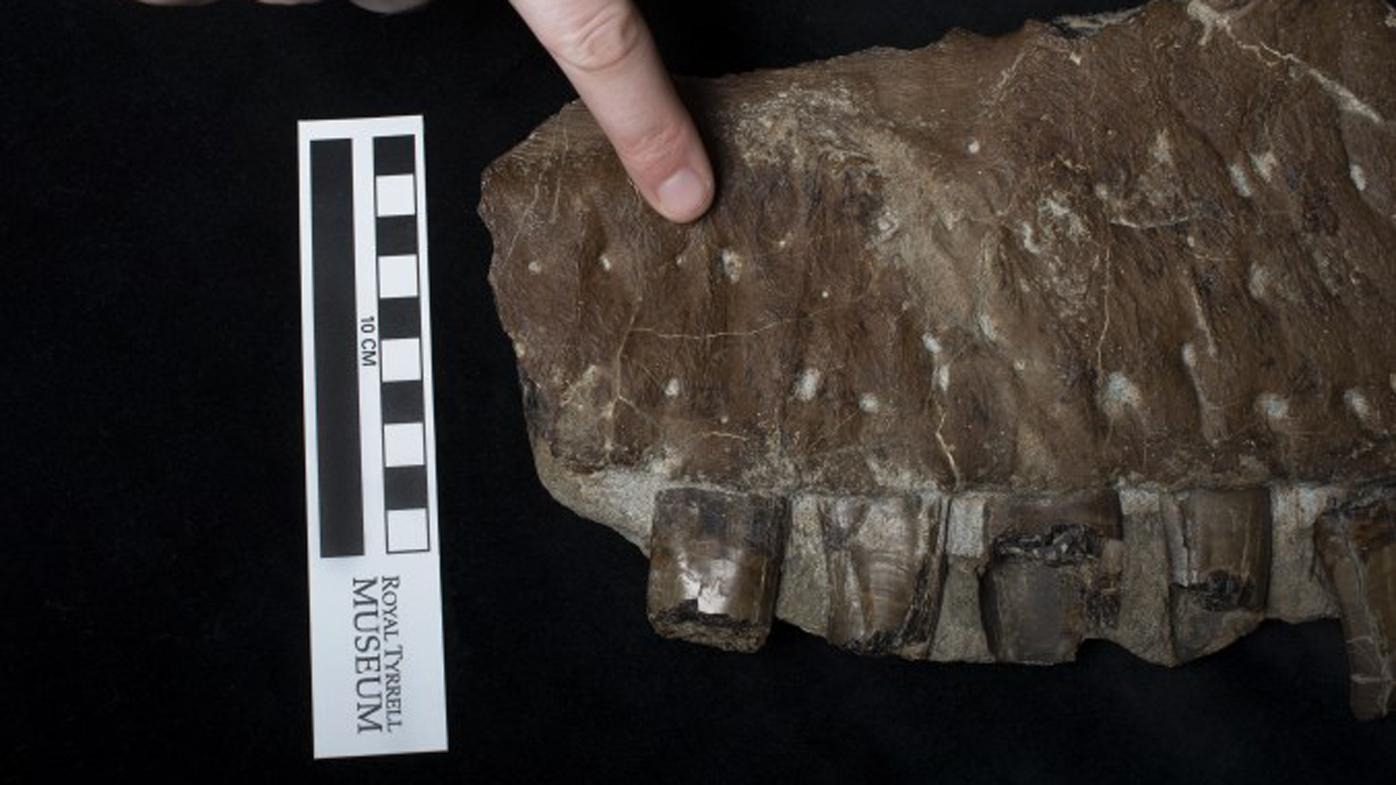 This is the first new tyrannosaur found in Canada in 50 years and one of the oldest tyrannosaur species found in North America.

And researchers believe that Thanatotheristes degrootorum lived about 2.5 million years before its close relative, Tyrannosaurus rex.

Thanatotheristes degrootorum was stalking what is now North America as a formidable predator 79.5 million years ago.

Its name combines Thanatos, the Greek god of death, with theristes, or "one who reaps or harvests."

The second part of the name is in honor of Mr De Groot.

He found the fossils during a hike near Hays, Alberta.

"The jawbone was an absolutely stunning find. We knew it was special because you could clearly see the fossilised teeth," Mr De Groot said. 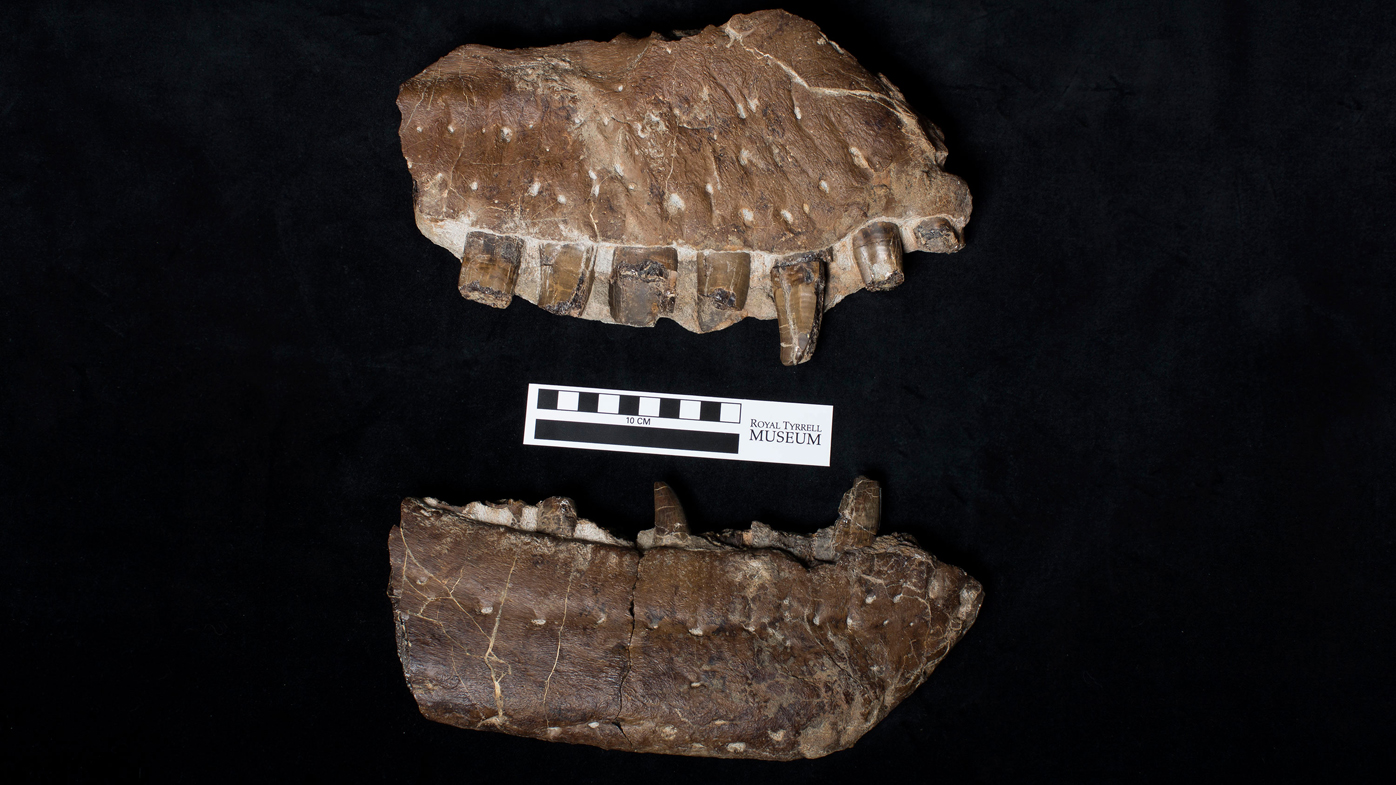 Unique aspects of the fossil helped researchers determine it was a different species, according to a study published yesterday in the journal Cretaceous Research.

"Thanatotheristes can be distinguished from all other tyrannosaurs by numerous characteristics of the skull, but the most prominent are vertical ridges that run the length of the upper jaw," Jared Voris, lead study author and a University of Calgary PhD candidate, said.

READ:  Pete Evans’ Sonnenrad is as Nazi as an Inverted Swastika

A wealth of dinosaur fossils have been uncovered in Canada, specifically Alberta, over the years.

And it's also home to the Royal Tyrrell Museum of Palaeontology, Canada's only museum devoted to researching ancient life.

This newly discovered fossil joins the family of other tyrannosaurs found in Canada: Daspletosaurus, Gorgosaurus, Albertosaurus and Tyrannosaurus rex.

Daspletosaurus was the last tyrannosaur fossil discovery in Canada, found in 1970.

The discovery of this fossil also enabled researchers to determine that different groups of tyrannosaurs lived across North America, separate from each other during the Late Cretaceous period between 74 and 80 million years ago.

The Daspletosaurini group, which Thanatotheristes belonged to, roamed between southern Alberta and Montana, while others could be found in central Alberta or in the southern parts of the US.

Many other dinosaurs found in Alberta were dated between 66 and 77 million years ago.

Thanatotheristes highlights diversity, not only in Canada's fossil record, but the tyrannosaur family as well.

"This discovery is significant because it fills in a gap in our understanding of tyrannosaur evolution," Dr François Therrien, curator of dinosaur palaeoecology at the Royal Tyrrell Museum, said.