One of Bali's oldest and biggest drawcards is under threat as increasing numbers of farmers sell off their picturesque rice paddies to developers.

Growers are instead turning to more lucrative jobs in tourism but one man is trying to keep the thousand-year-old tradition alive.

Chakra Widia, who runs not-for-profit organisation Tri Hita Karana, said seeing the island's famous rice fields is a must do for most first time visitors, but with tourists comes development. 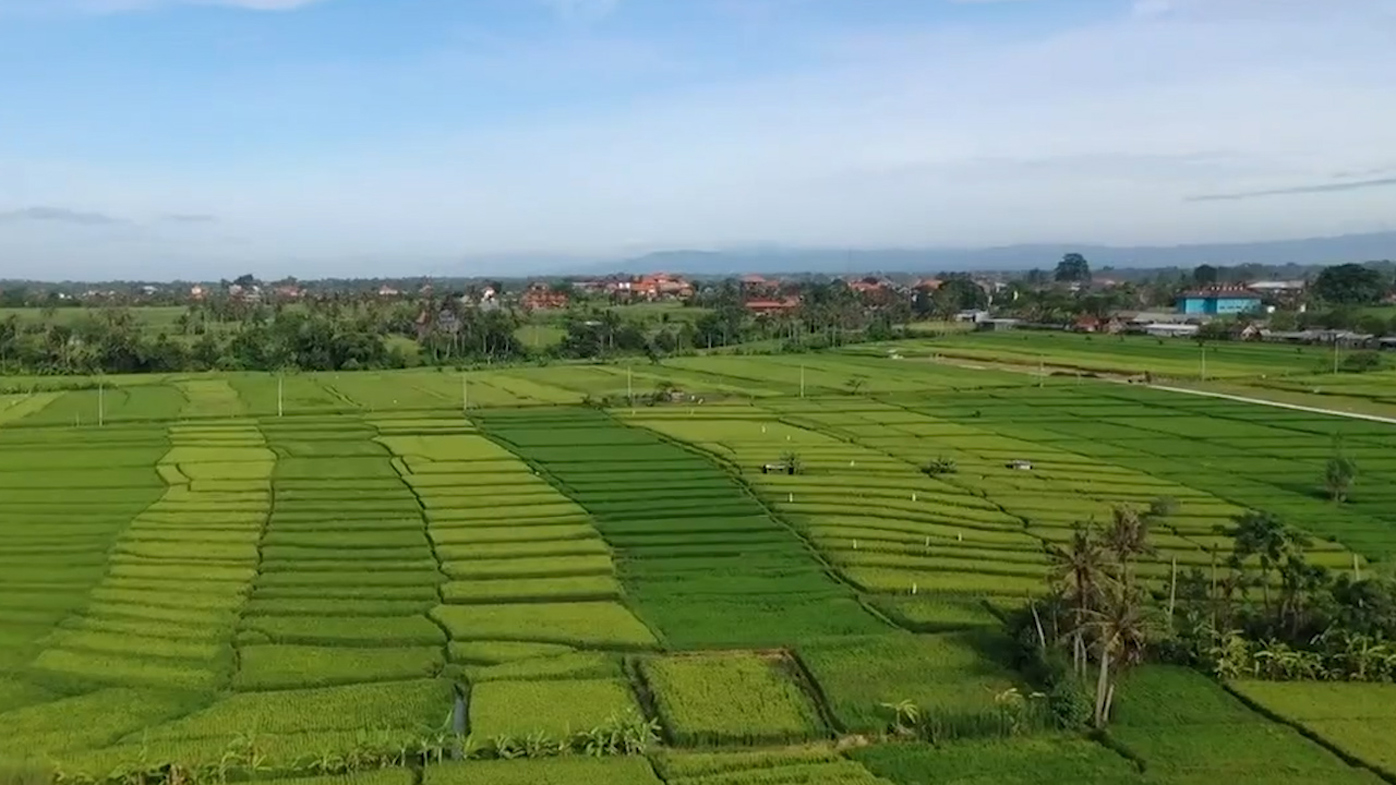 Construction right in the middle of paddies is a common sight as villas and hotels move in and the temptation to sell their farms is often too great for struggling growers who make just two dollars a day.

"Farmers are leaving their farms because they make no more money and now they're working as teachers, drivers for tourists, in construction.

"It's going be no more Bali if there's no more rice fields."

Mr Widia's father sold his farm to a Chinese developer years ago and he said hundreds more are doing the same, with an average of 500 hectares of paddies - the equivalent of 735 rugby league fields - lost every year.

The permaculture specialist believes the problem stems back to the 1960s when Indonesia's food security became a big concern. 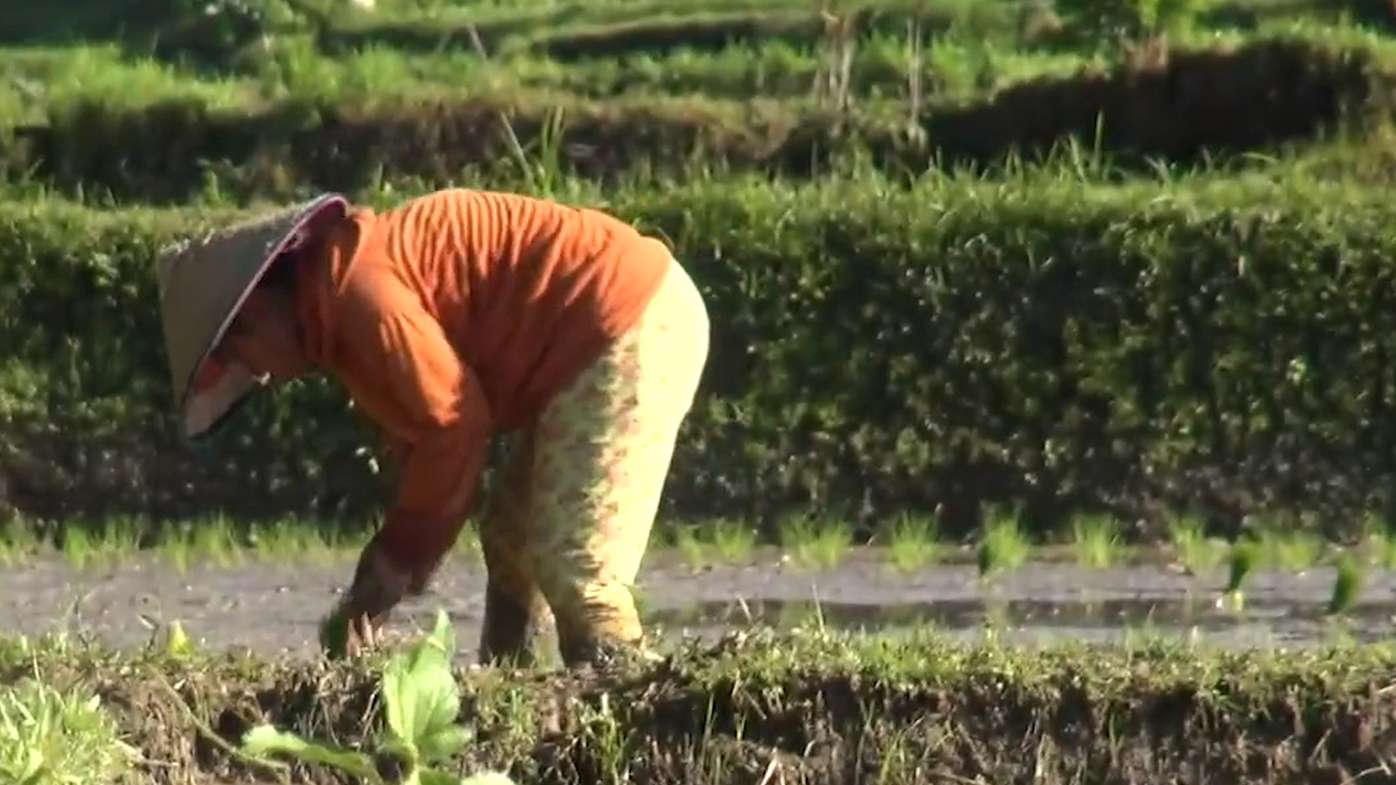 Farmers were ordered to grow a fast-yielding hybrid white rice, heavily reliant on chemicals, abandoning their more than one-thousand-year-old traditions.

"I was around before the green revolution came so I kind of saw the real paradise and of course it would be nice to have that back," he said.

Mr Widia teaches growers like Made Anggir to be more profitable by returning to heritage rice and using what's known as the 'intensification system'.

It involves using no chemicals, less water, and far fewer seeds which are planted further apart, allowing more room for growth and resulting in twice the average yield.

"He grows the organic product because it's good for my life, good for my children and further down," Mr Anggir's son Kope Ariawan said.

But not all farmers are on-board, already cash-strapped and fearing failure.

"When you come and speak to them and say we have a new method that could increase your yield but it requires more time they don't want," Mr Widia said.

The other problem is that Bali hotels and restaurants are resisting buying the heritage rice because it's more expensive, so Mr Widia is on a mission to raise donations to market the benefits such as better nutrition and taste.

You can donate to Tri Hita Karana by visiting the website.