A family in the US received a shock when their pet dog gave birth to a bright green puppy.

A family in the US received a shock when their pet dog gave birth to a bright green puppy.

Shana Stamey said the experience was "incredible" when her German Sheperd, Gypsy, gave birth to her litter last Friday in Canton, North Carolina.

"She had them in three hours," Ms Stamey told CNN. 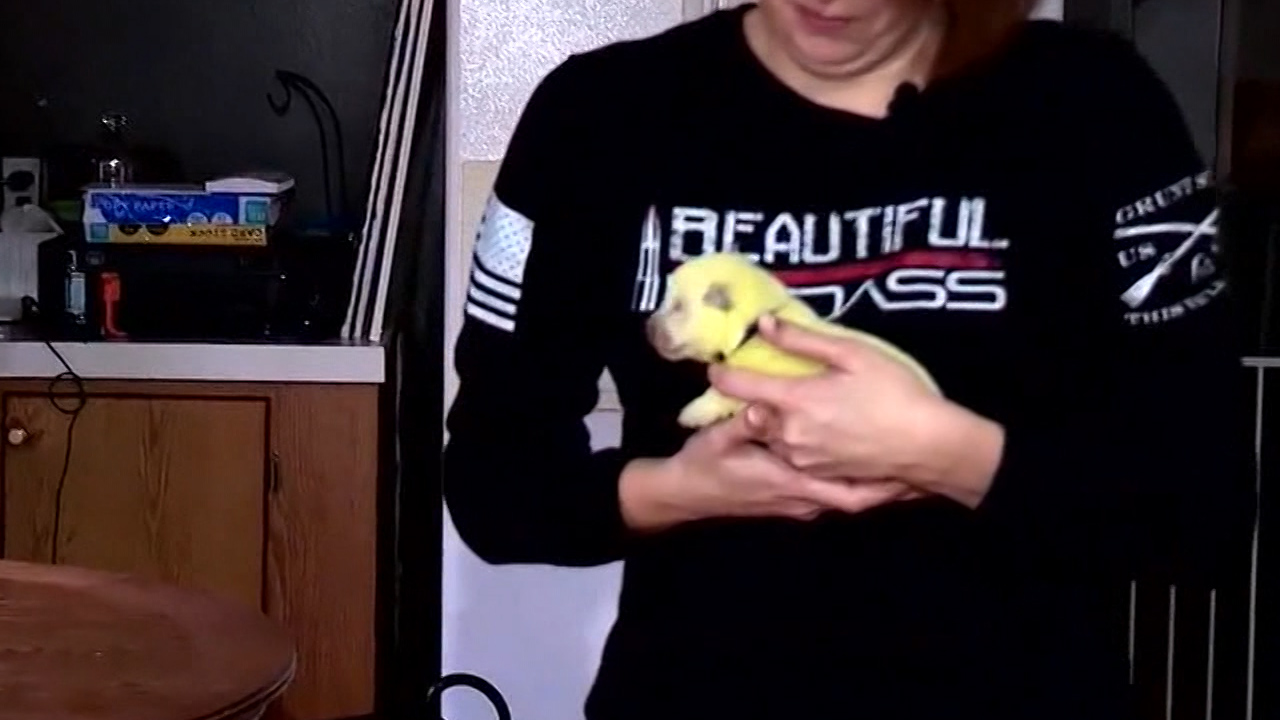 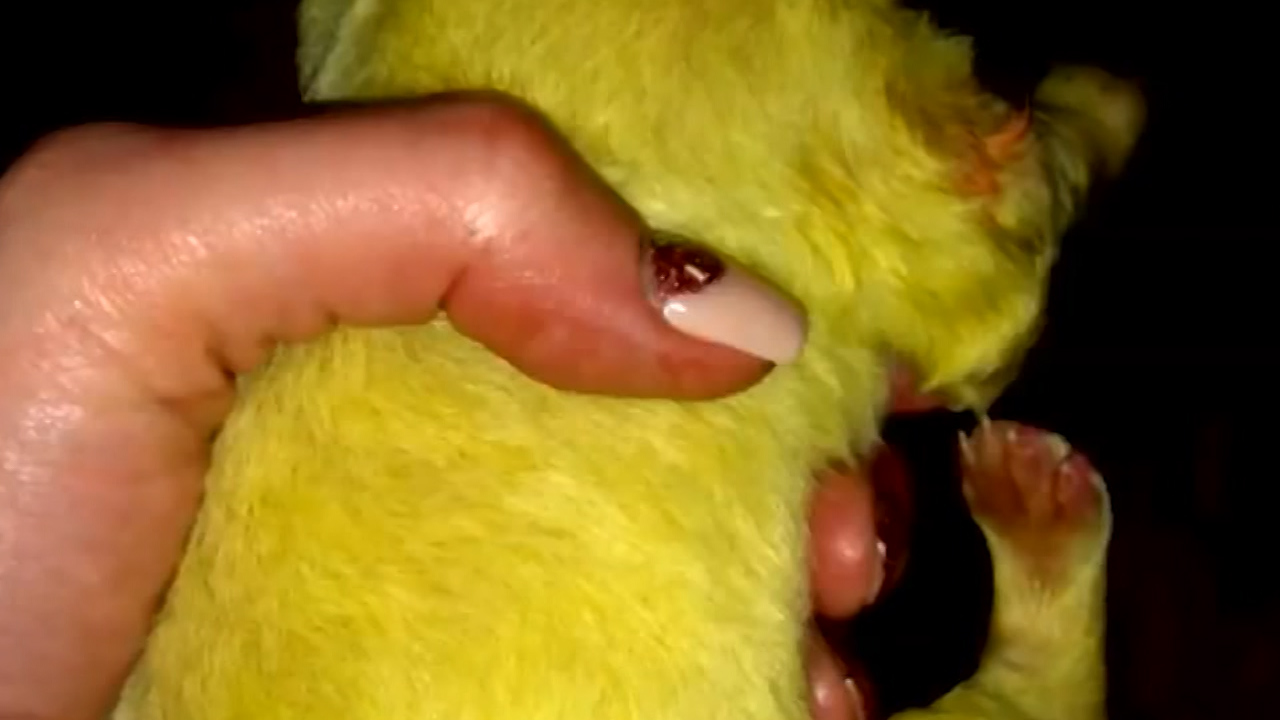 Gypsy had a litter of eight. All went as expected until the fourth one came along.

"And then I realised the puppy was moving, and he was lime green," Ms Stamey said.

Other than the strange coloured puppy, everything went fine with Gypsy's first litter.

But, why do some puppies come out green?

"The sack that they're in when they're in their mum, there can be meconium in there and that tends to stain them," Junaluska Animal Hospital veterinarian technician Suzanne Cianciulli said.

Meconium is an infant mammal's earliest stool and can especially stain white fur. 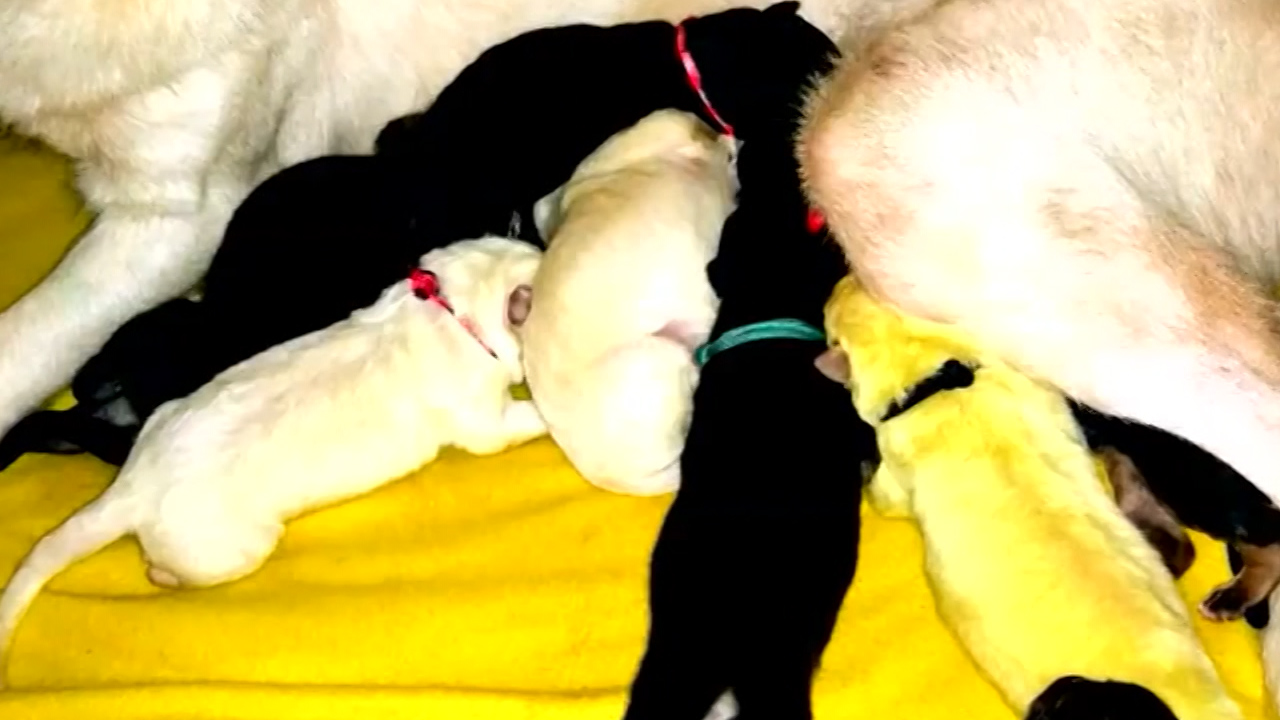 "I knew it wasn't like harmful. But I still had to look it up again to make sure," Ms Stamey said.

"Mum licks it away until I bathe it and then, I guess after a couple of weeks, it will finally like fade out.

"What do you name a green pup with an aggressive appetite?

"Hulk! It was lime green. He was super mad. So, yeah, he became Hulk."

Her family enjoyed the naming possibilities. 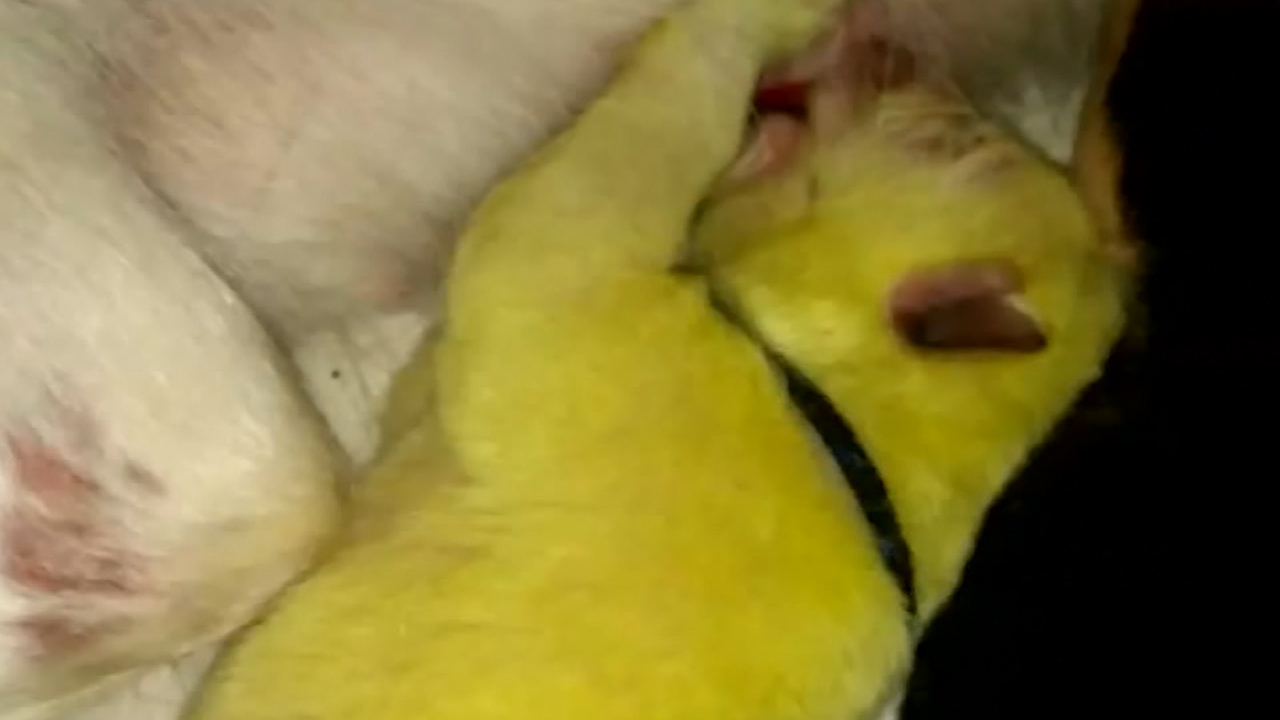 At least for now, Hulk is a standout from his brothers and sisters.

But the green is fading gradually to white.

"Because he's yellow now, someone said Pikachu," Ms Stamey said with a laugh.

Ms Stamey said if her family had a big farm, they'd keep the puppies.

The family plans on looking for loving families to adopt the pups when they're old enough.

But they figure, like finding a shamrock, they're lucky to have Hulk.