The parents of an Adelaide man say they have been left devastated after his headstone was suddenly removed at a local cemetery because it was deemed offensive. 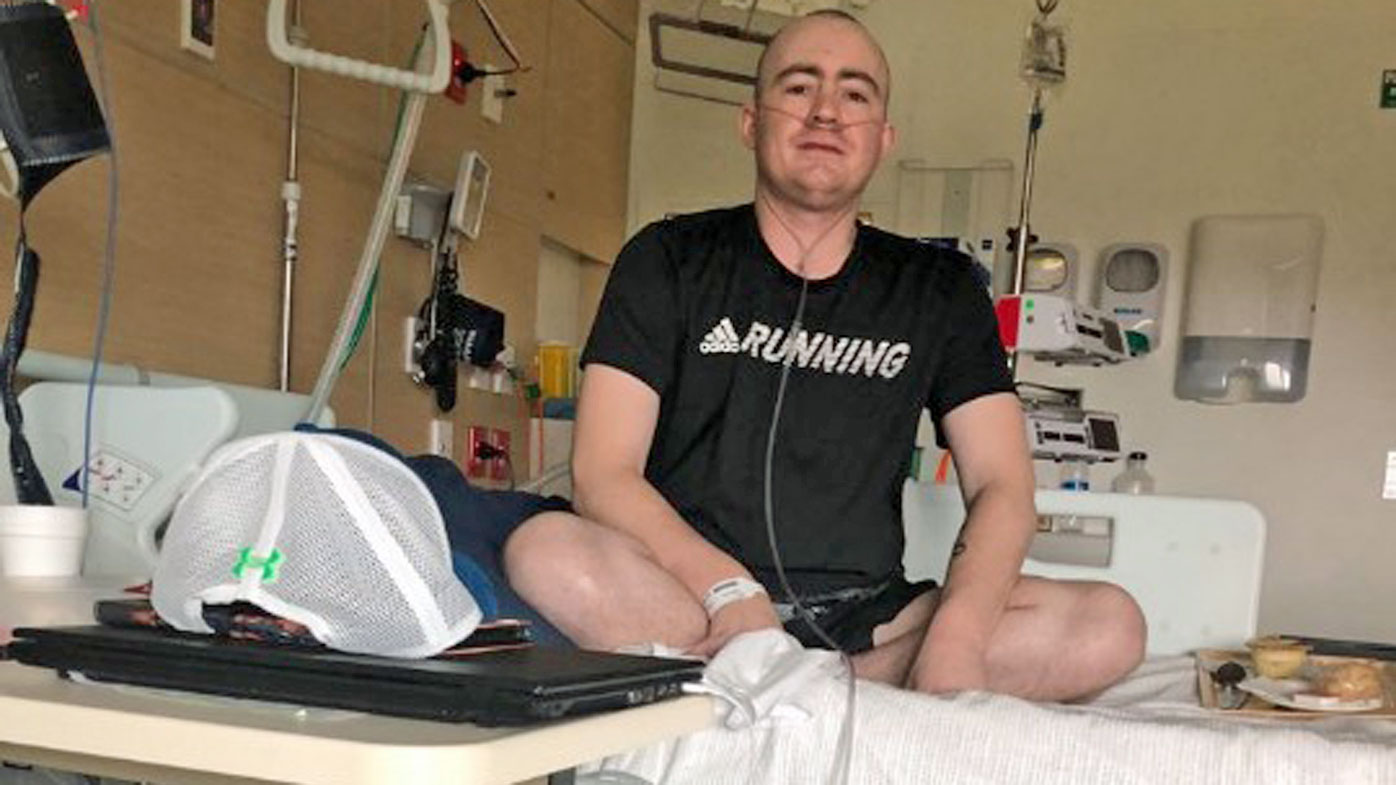 EXCLUSIVE: The parents of an Adelaide man say they have been left devastated after his headstone was suddenly removed without their knowledge at a local cemetery because it was deemed offensive.

Peter Bridge was 33-years-old when he died last April, having battled with cystic fibrosis all of his life.

His father, Arthur Bridge, said that when it came time to choose a headstone for his son at the Enfield Memorial Park, the family wanted to share and celebrate his "wicked sense of humour".

"'Why so serious?' was one of his favourite sayings, so we made sure we wrote that on the headstone."

Also included on the headstone was a small photo of Peter sticking up his middle finger, something that was very much in keeping with his son's character, Mr Bridge said.

"Pete would have loved it because that was who he was. He would be driving along and he would see a mate and the finger would be up to them, just joking around." 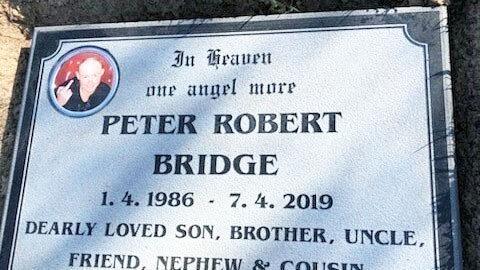 Mr Bridge said the family had not been aware of any issues with the headstone until it was suddenly removed on January 16, almost seven months after it was installed.

"A friend of ours was walking through the cemetery and he spotted my lad's headstone on a pallet inside the workshop," Mr Bridge said.

"I went straight down there to find out what was going on and they said the photo art was offensive."

"Apparently someone had complained. But the photo is so small, you would have to be standing pretty much on top of it to see what it is."

Mr Bridge said he was angry that he was not contacted by the staff at the cemetery before the headstone was removed.

"I was not informed. They had my email address and my partner's. They know where I live, I'm only five minutes up the road. They could have popped a letter in my letterbox.

"It's morally wrong, there is just nothing right about it. You don't do that.

"My other son, he is devastated, and my partner, she is devastated. It's taken her back to day one. She goes down to see his gravesite and there is nothing there."

Mr Bridge said the entire family was still grieving and trying to make sense of the tragic nature of his son's death.

Having fought the effects of his cystic fibrosis since birth, Peter was given a new chance at living a normal life with a lung transplant in late January last year.

"We got the call and raced over to the hospital in Melbourne. He went straight into surgery," Mr Bridge said.

"He had the transplant but then got an infection. He hung on for more than a month but he couldn't talk or do anything. He died in Melbourne."

"It was his chance at life again. He spent 33 years waiting for it and it all went wrong."

Mr Bridge has started an online petition to the Enfield Memorial Park to get his son's headstone back, which has so far attracted more than 600 signatures.

Peter's former doctor, Judith Morton, is among the hundreds who have expressed their support to the family.

"Peter was an inspiring young man, able to joke and smile in the face of his suffering and valiant fight for life and that is what the photo represents to me," Dr Morton wrote in a comment on the petition.

"What a wonderful headstone that would bring a smile to the face of all who knew and loved him. Please honour a young man with a great sense of humour, taken from his family at far too young an age."

"We had some written complaints and we had some telephone complaints in regards to the site," Mr Robertson said, adding that the authority had tried to get in contact with the Bridge family before removing the headstone.

"We did try and contact his family via phone and left voicemail messages for them. We spoke to the monumental mason and tried to get them to give them a buzz as well."

Mr Robertson said he and the authority's CEO had personally met with Mr Bridge and offered to pay for a replacement headstone.

"Our CEO has said he would be happy to replace the photo with a new photo, without the gesture," Mr Robertson said.

"We also have offered an option which may have allowed the family to keep the photo but it was under what you call a 'discovery series' type of plaque, where you can open it up like a book.

READ:  Woman sentenced to life in prison after drug-driving murder

"The family could see the photo in that way and other members of the public wouldn't. That offer has also been rejected as well."

"We would love to find a solution for the family that meets the general members of the public's expectations as well as them. We remain committed to try and work with the family."