Six male teenagers, one as young as 13, have been charged today with violent disorder and affray following the alleged stabbing death of a Melbourne teenager.

The devastated family of a teenager allegedly stabbed to death on his way home from school in Melbourne's west say they "don't want justice" as they forgive the people who killed their son.

Solomone Taufeulungaki, 15, was allegedly knifed when a violent brawl broke out between about 30 people near Brimbank Shopping Centre in Deer Park yesterday. 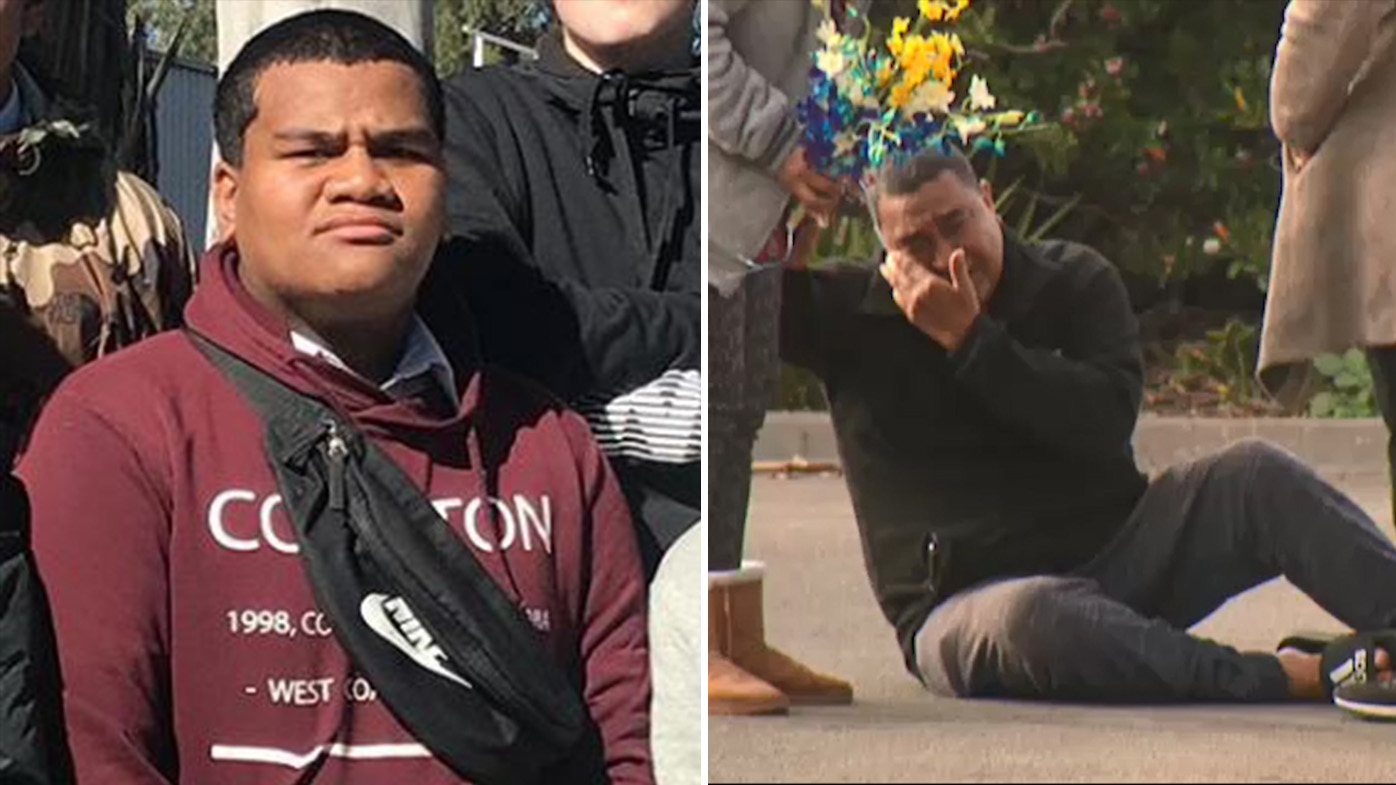 His father Antunaisa Taufeulungaki was today seen laying flowers and crying at the car park where his son was killed, before falling to the ground in anguish.

Mother Salome Taufeulungaki told reporters they did not want "justice" for their son, just "forgiveness" for the people involved in the alleged stabbing attack.

"We just want him back home," she said.

"We don't want any justice.

"That's the time for him to go and live with his heavenly father. Dying is a blessing for our family."

Mrs Taufeulungaki described her son as a "humble" and "funny" boy. 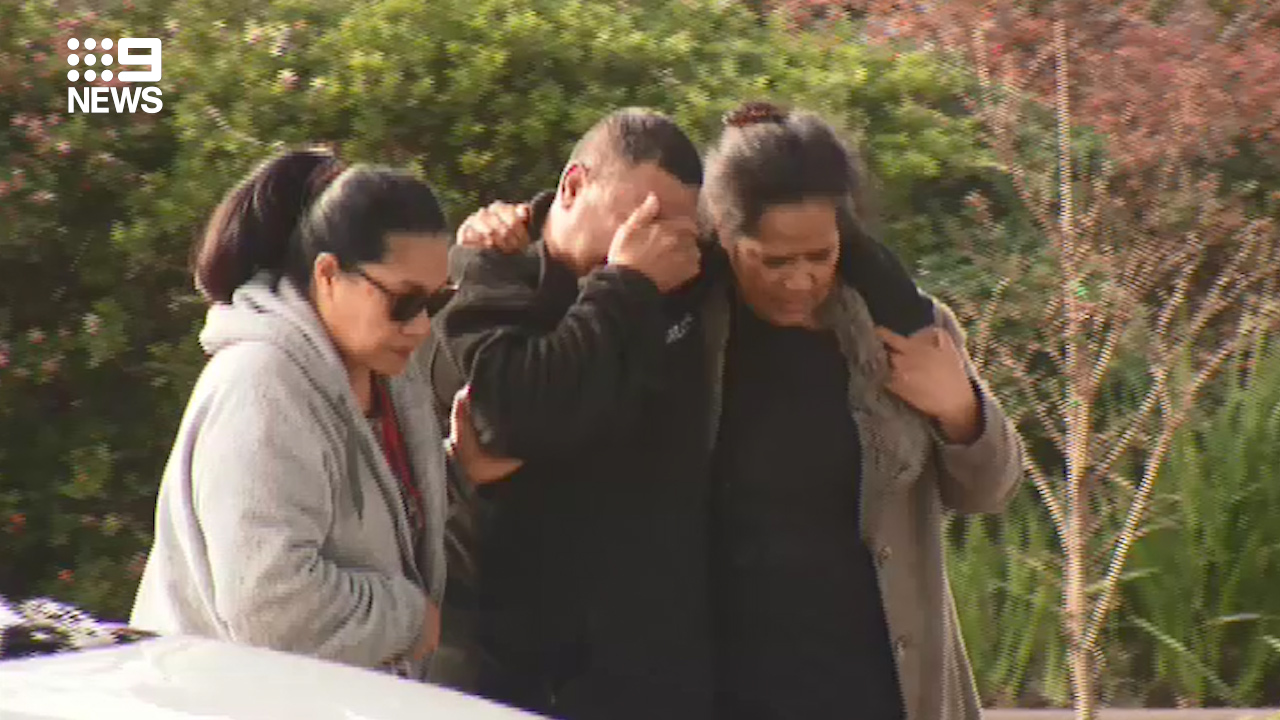 The year 10 student was allegedly attacked on his way home from school by up to 10 teenagers armed with baseball bats and knives.

9News understands they called themselves "The 97 Brotherhood" and allegedly made chilling threats online.

It's believed the teenager went to the same school as his attackers and the argument was reportedly sparked by an argument on social media.

The group allegedly ran away, but six were arrested on nearby Billingham Road a short time later.

Six male teenagers, aged between 13 and 16, were today charged with violent disorder and affray. Mr Taufeulungaki said they did not know the group of alleged attackers, but his family held "love" for them in their hearts.

"But we love them. We have to send the love to their parents."

The parents said their forgiveness stemmed from their religious and spiritual beliefs, adding their family attended church every Sunday.

The alleged attack occurred opposite their place of worship, the Church of Jesus Christ of Latter-day Saints on Neale Road.

"Every Sunday his spirit will rejoin with us in this church," Mr Taufeulungaki said.

"We all die in a different situation but that's how our father in heaven need us to come back to him." 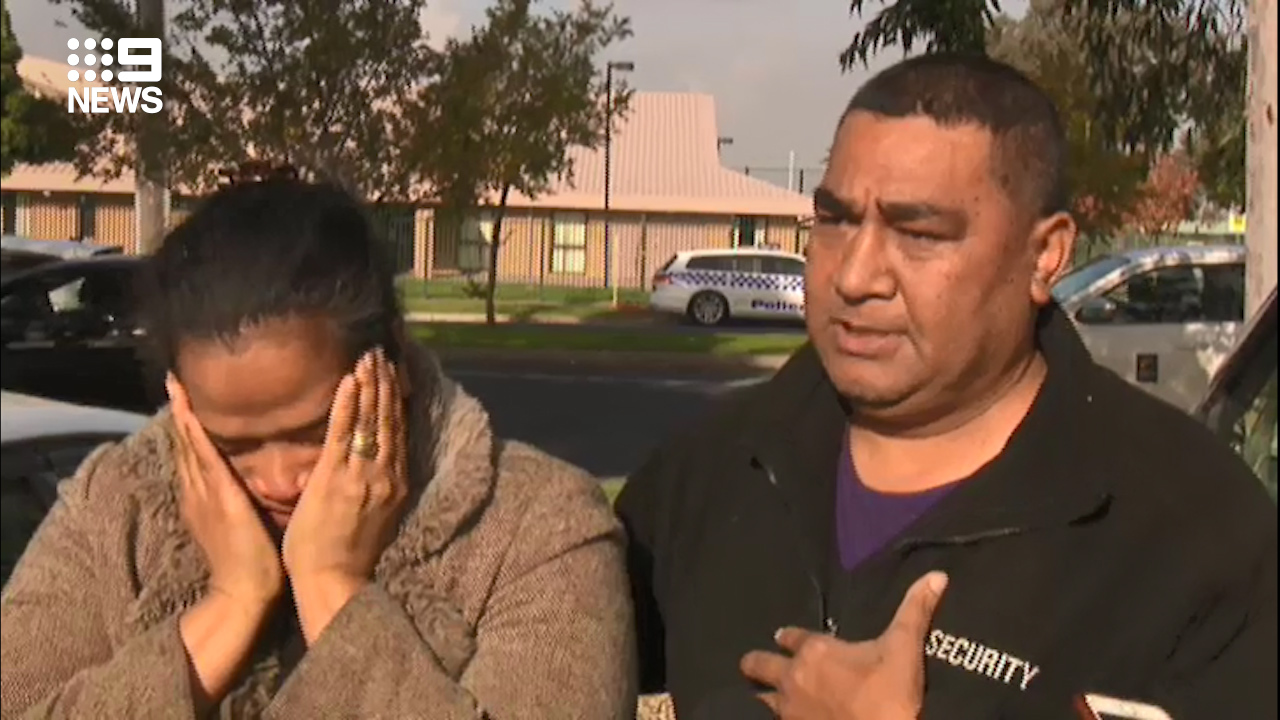 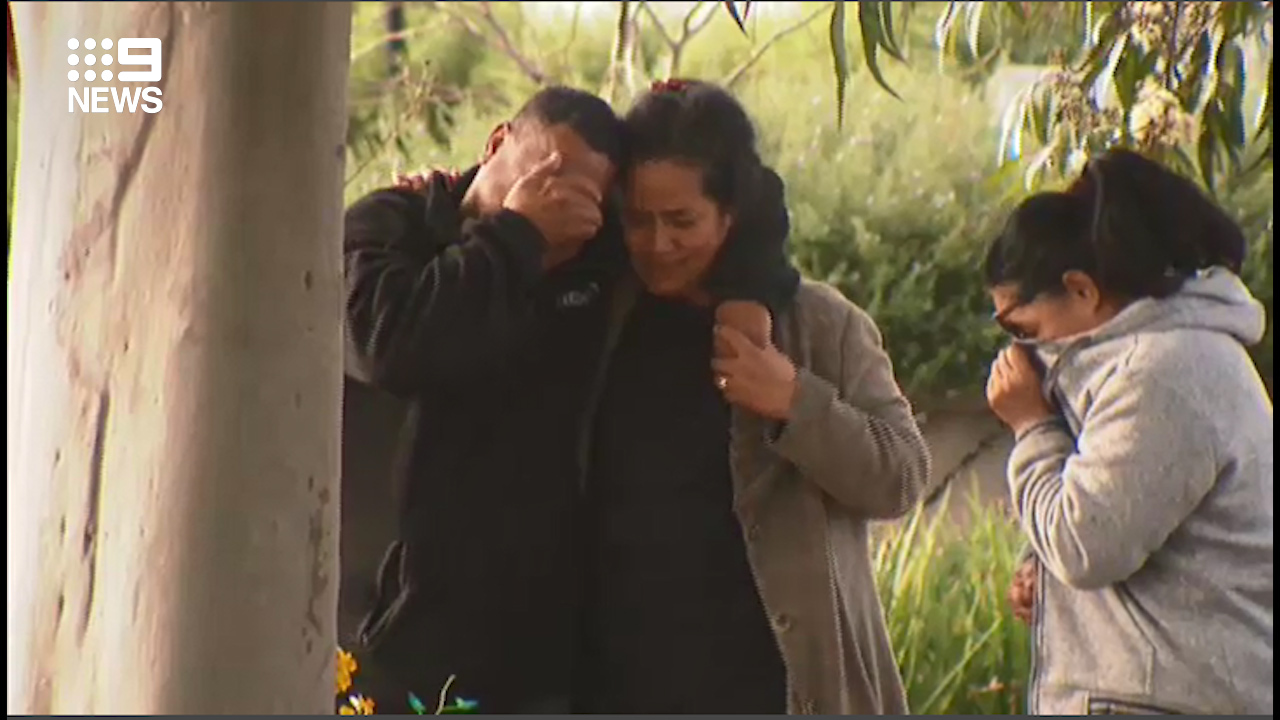 Witnesses told 9News the group had been carrying knives up their sleeves and allegedly stabbed the teen "multiple times" in the chest and stomach.

"He comes from a good family, a humble family.

"It's just so unfortunate this has happened to him."

An online fundraiser has since raised more than $9,000 to support the family's funeral expenses.

On the site, the family stated their son was one of 12 children and a "caring, kind, selfless and humble soul".

"He had an incomparable sense of humour and was often referred to as a big teddy bear," the statement read.

"He always put others before himself and his presence always warmed up a room." 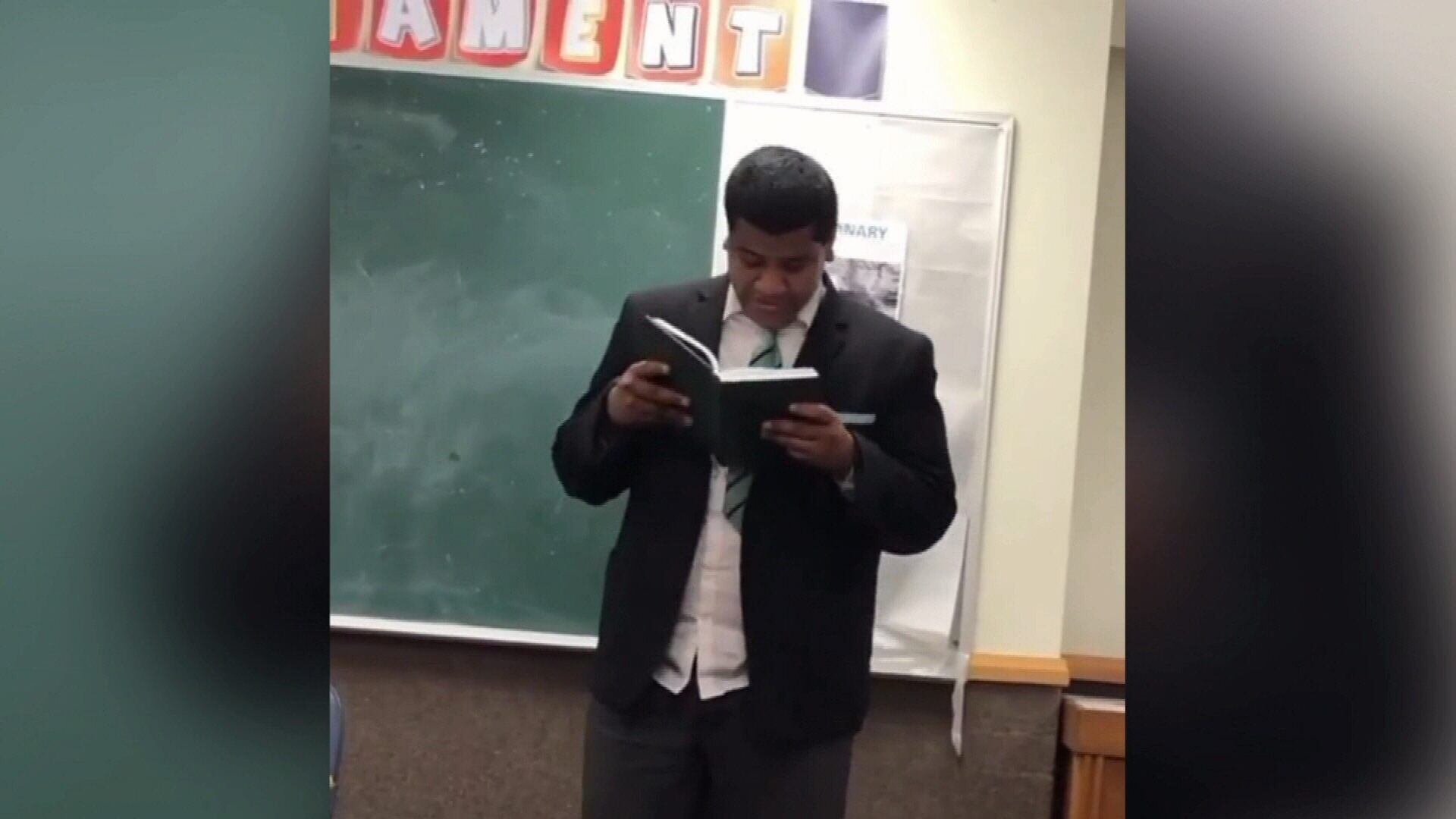 Sitiveni Atonio, a friend of the victim, said he had a "bright future" ahead of him.

"He was just like a brother to me, he had a great sense of humour, his personality - it was bright," he said.

"Every day I would see him he was smiling."

READ:  Damian From ‘Love Is Blind’ Reveals The Cringey Way He Was Cast On The Show

Mr Atonio said he was "still in shock" about his friend's violent death.

"I just can't stop shaking about the news," he said.

"I don't know why they had to take an innocent boy. It was just stupid, it was just dumb, it was ignorant.

"It's not a parent's job to bury their own children." 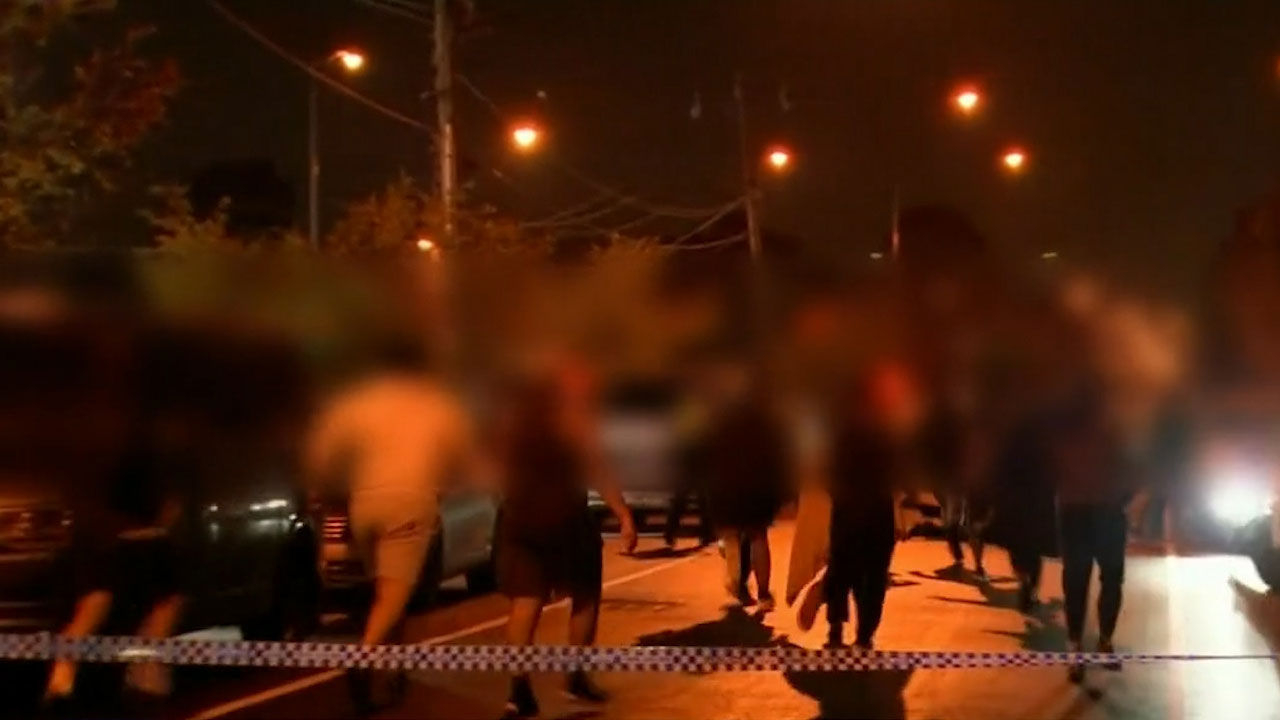 A police officer was also taken to hospital and another man was treated for a cut to the head after the chaos, where one person could be heard shouting "I'll kill you" while others yelled for them to stop.

The brawl occurred just hours after the teenager was allegedly stabbed to death.

A 15-year-old from Sunshine and 17-year-old from Point Cook were also expected to be charged over the second brawl that allegedly broke out just hours after the teenager's death.