The family of a former FBI agent who disappeared in Iran more than a decade ago, now believe he is dead.

The family of a former FBI agent who disappeared in Iran more than a decade ago, announced that they believe he is dead, just months after a family spokesperson told CNN they had been feeling hopeful.

"We recently received information from US officials that has led both them and us to conclude that our wonderful husband and father died while in Iranian custody. We don't know when or how he died, only that it was prior to the COVID-19 pandemic," they said in a statement. 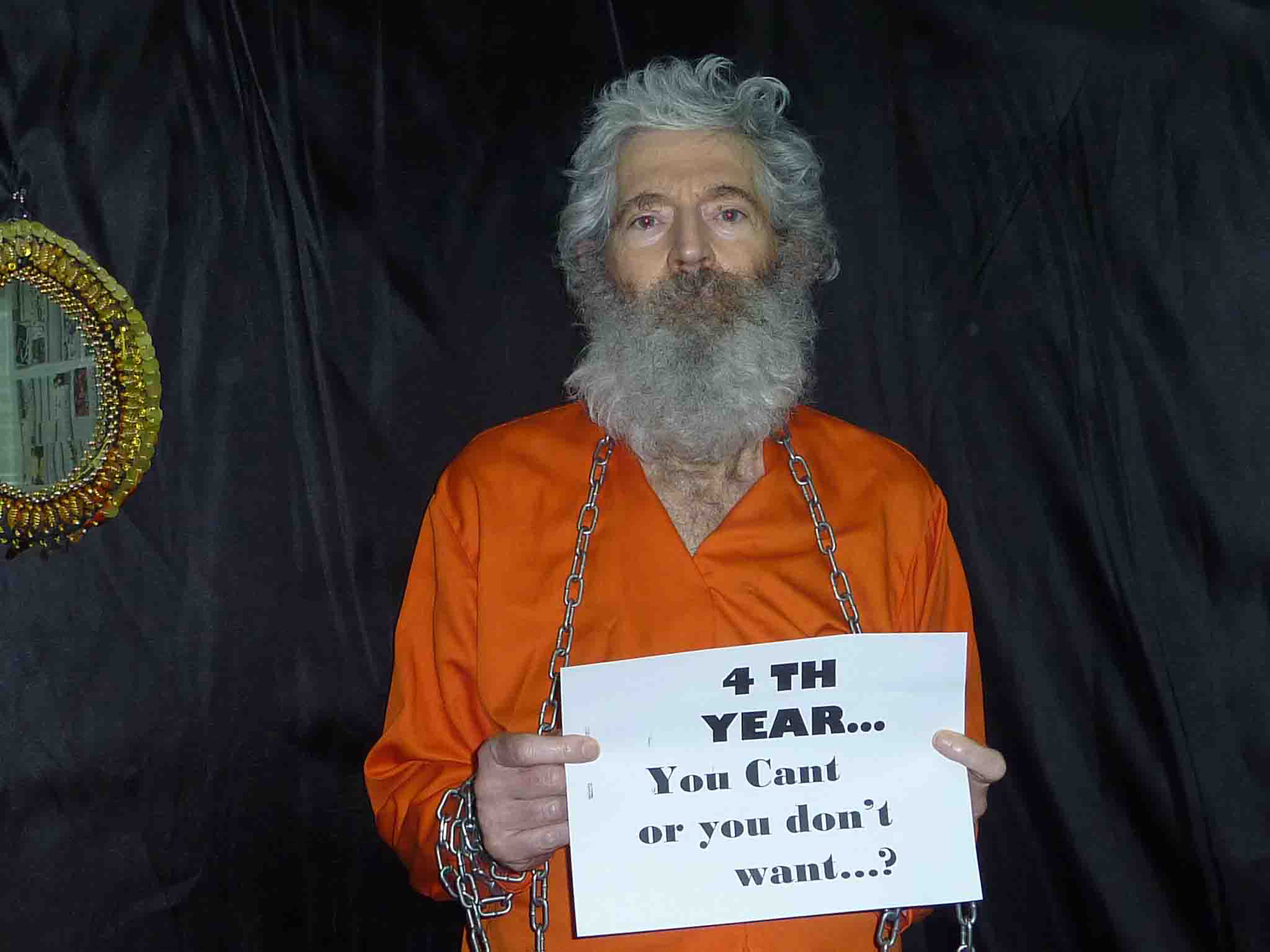 "It is impossible to describe our pain," the family said.

"Bob Levinson was a truly remarkable individual - the best husband, father, brother, grandfather and friend anyone could ever ask for. He was an American hero - a true patriot, and his compassion and kindness knew no bounds," they said.

"We will miss his warmth, humour, and wisdom, but most of all, we will miss the deep and unconditional love he had for each one of us. He will never be forgotten - we will make sure of it."

Robert Levinson travelled to Kish Island, Iran, in early March 2007, according to State Department officials, and was never publicly seen or heard from again. He became the longest-held US citizen in history in 2016.

Alireza Miryousefi, Iran's minister and head of the media office for the Iranian Mission to the United Nations, tweeted last night: "Iran has always maintained that its officials have no knowledge of Mr Levinson's whereabouts, and that he is not in Iranian custody. Those facts have not changed."

Iranian officials had long denied that Levinson was ever in the country, claiming there was no proof.

However, a UN working group said in November 2019 that Iran's Justice Department had acknowledged that there was "an on-going case in the Public Prosecution and Revolutionary Court of Tehran" for Levinson.

The family drew hope from the fact that it was not a missing persons case, but an active case.

US President Donald Trump's personal focus on bringing American hostages home also gave them heart, as did the administration's move later in November to offer a AU$42 million reward for information leading to Levinson's return. 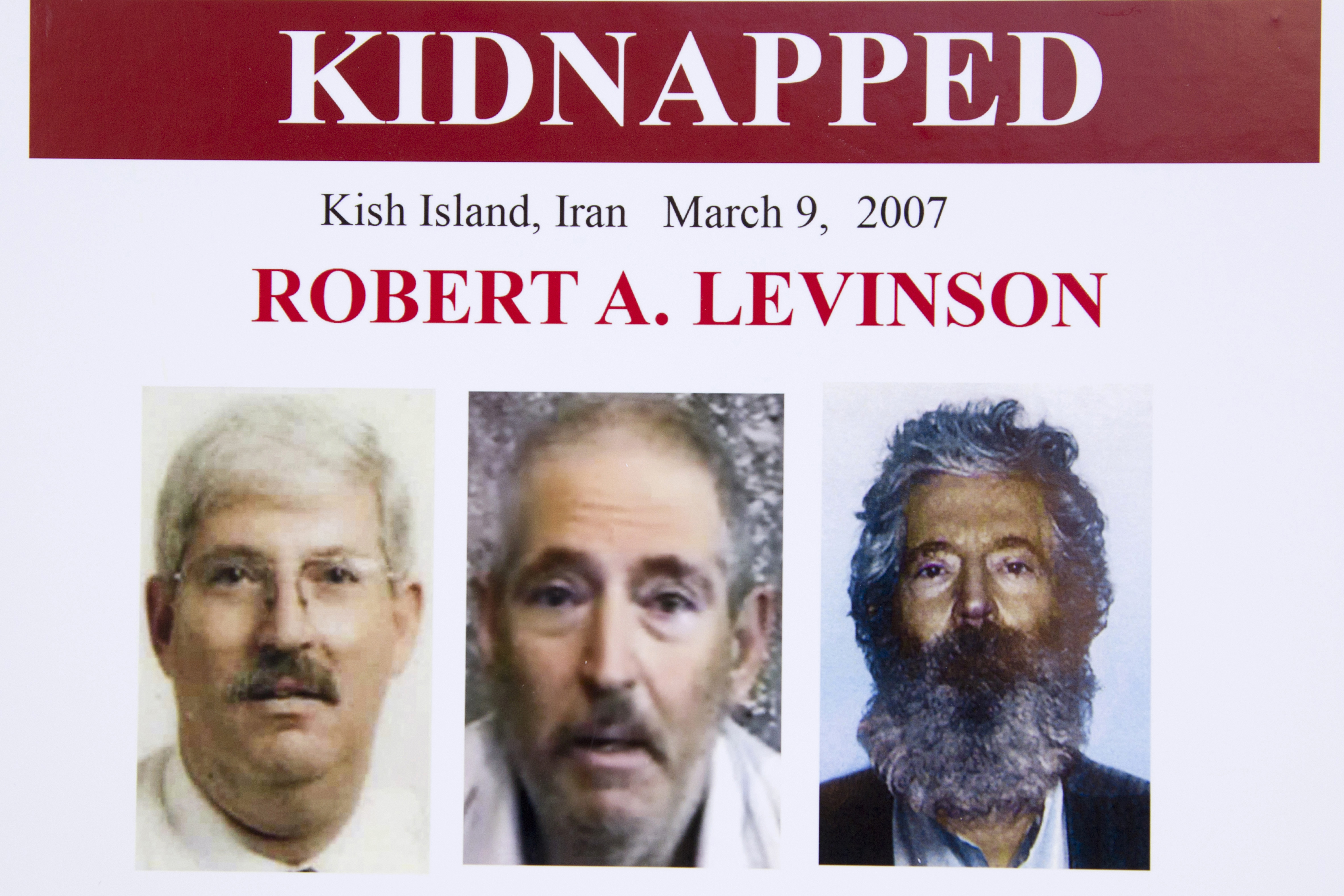 December saw the release of Princeton graduate student Xiyue Wang, which seemed to offer the family some hope as it indicated Iran was willing to release Americans.

Yesterday, despite the family's statement, Trump said that he doesn't "accept that he's dead."

"It's not looking great, but I won't accept that he's dead," the President said during a White House briefing.

National security adviser Robert O'Brien said in a statement yesterday evening that "Iran must provide a complete accounting of what occurred with Bob Levinson before the US can fully accept what happened in this case."

"While the investigation is ongoing, we believe that Bob Levinson may have passed away some time ago," he said.

'The very definition of cruelty'

In their statement, the family noted that they had not received his body for a proper burial and they "don't even know when, or even if, his body would be returned to us."

"This is the very definition of cruelty," they said.

"Those who are responsible for what happened to Bob Levinson, including those in the US government who for many years repeatedly left him behind, will ultimately receive justice for what they have done," they said.

The family previously spoke out about the hurt and betrayal they felt when Levinson was not part of a prisoner swap between the US and Iran that freed Washington Post journalist Jason Rezaian, Marine veteran Amir Hekmati, Christian pastor Saeed Abedini and Nosratollah Khosravi-Roodsari.

"Always, always we have trusted our government officials," Levinson's daughter Sarah Moriarty wrote in an opinion piece for CNN at the time. "But now we have reached our breaking point. We are crushed and outraged."

The family said yesterday that they "expect American officials, as well as officials around the world, to continue to press Iran to seek Bob's return, and to ensure those Iranian officials involved are held accountable," they said. In their statement, the family thanked Trump "and the members of his Administration - National Security Advisor Robert C O'Brien, Secretary of State Michael Pompeo, Acting Director of National Intelligence Richard Grenell, CIA Director Gina Haspel, and FBI Director Christopher Wray - and their staff, who have done all they could to make our family whole again."

CNN has reached out to the State Department and the FBI for comment. The CIA had no comment.

In a statement, Rubio said that "the news announced today by his family was the one none of us ever wanted to hear."

Menendez said his "heart goes out to the Levinson family tonight, who are mourning the loss of a beloved husband and father, especially his son, who works in my DC office and his daughters who are New Jersey constituents."

Both the Florida Republican and New Jersey Democrat, respectively, called for Iran to be held accountable.

Deutch said he was "devastated for the Levinson family."

"They have endured more than any family should ever have to, and it has been my great honour to fight alongside them for Bob's return. They deserved a better outcome. They deserved to be reunited with Bob," the Florida Democrat said.

READ:  The world has a new ocean 'They will only know him through the stories we tell them'

The family said they would hold a memorial service when the threat posed by Covid-19 has subsided.

"Our family will spend the rest of our lives without the most amazing man we have ever known, a new reality that is inconceivable to us. His grandchildren will never meet him. They will only know him through the stories we tell them," they said.

In a December appearance in a District of Columbia courtroom to seek damages against Iran for holding Levinson, his children shared stories of a loving, dedicated and thoughtful man who took joy in his family.

Their testimony was often interrupted by tears as they struggled to speak. Siblings, husbands, wives and grandchildren Levinson had never met listened intently, some occasionally reaching for tissues or each other's hands.

"My father is the patriarch of our family, by far the greatest and most amazing man I've ever known, bar none," Levinson's youngest child, Douglas, told the courtroom.

When his mother told him his father had disappeared, Douglas remembers screaming, then the difficulty he had breathing. The next day, he went to his father's study to write him an email. "I was concerned. I was worried. I was a 13-year-old kid, I wanted him home," Douglas said.

Douglas read the email aloud in court, almost 13 years after he'd written it. "Hi, Daddy, I'm sitting in your den crying," he read, his voice cracking. "Everyone is looking for you, even the FBI - Daddy, I love you so much. Please, Dad, I'm so scared - I love you so much."