A family of four is lucky to be alive after escaping a burning home in Brisbane last night.

A family of four is lucky to be alive after escaping a burning home in Brisbane last night.

The Coorparoo home burnt down in minutes, leaving the family little time to escape before flames engulfed the building.

Emergency services were called just after 3am to the home on Kitchener Street and treated all four members of the family. 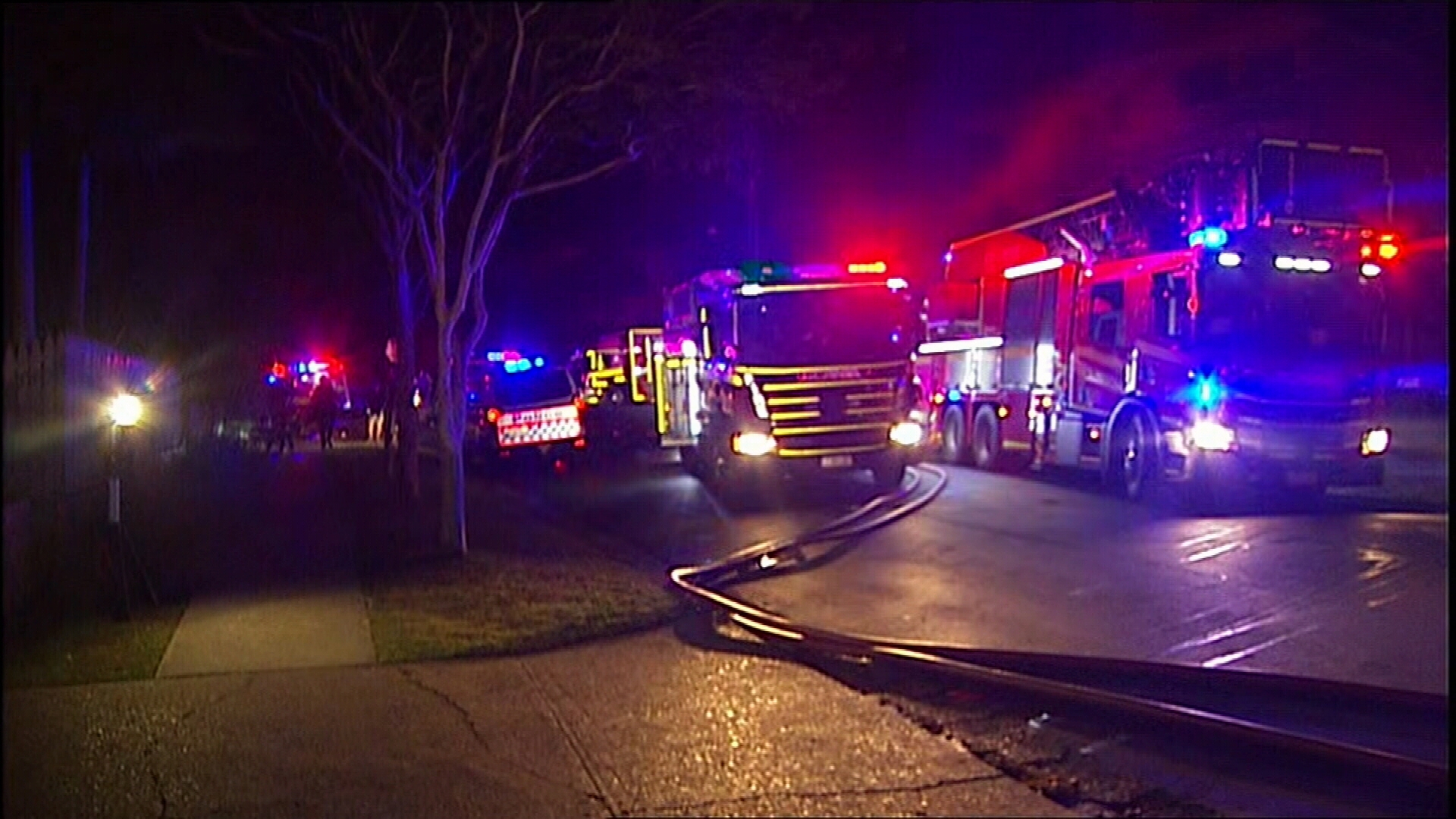 Two young girls and their parents managed to escape out the side window with the help of neighbours.

The mother, aged in her 30s was taken to Royal Brisbane Hospital in a serious conditions after suffering signification burns to her legs.

The father, 32, was treated by ambulance services for minor burns.

The two children, aged three and five, were transported to he Queensland Children's Hospital for smoke inhalation and burns to the face. 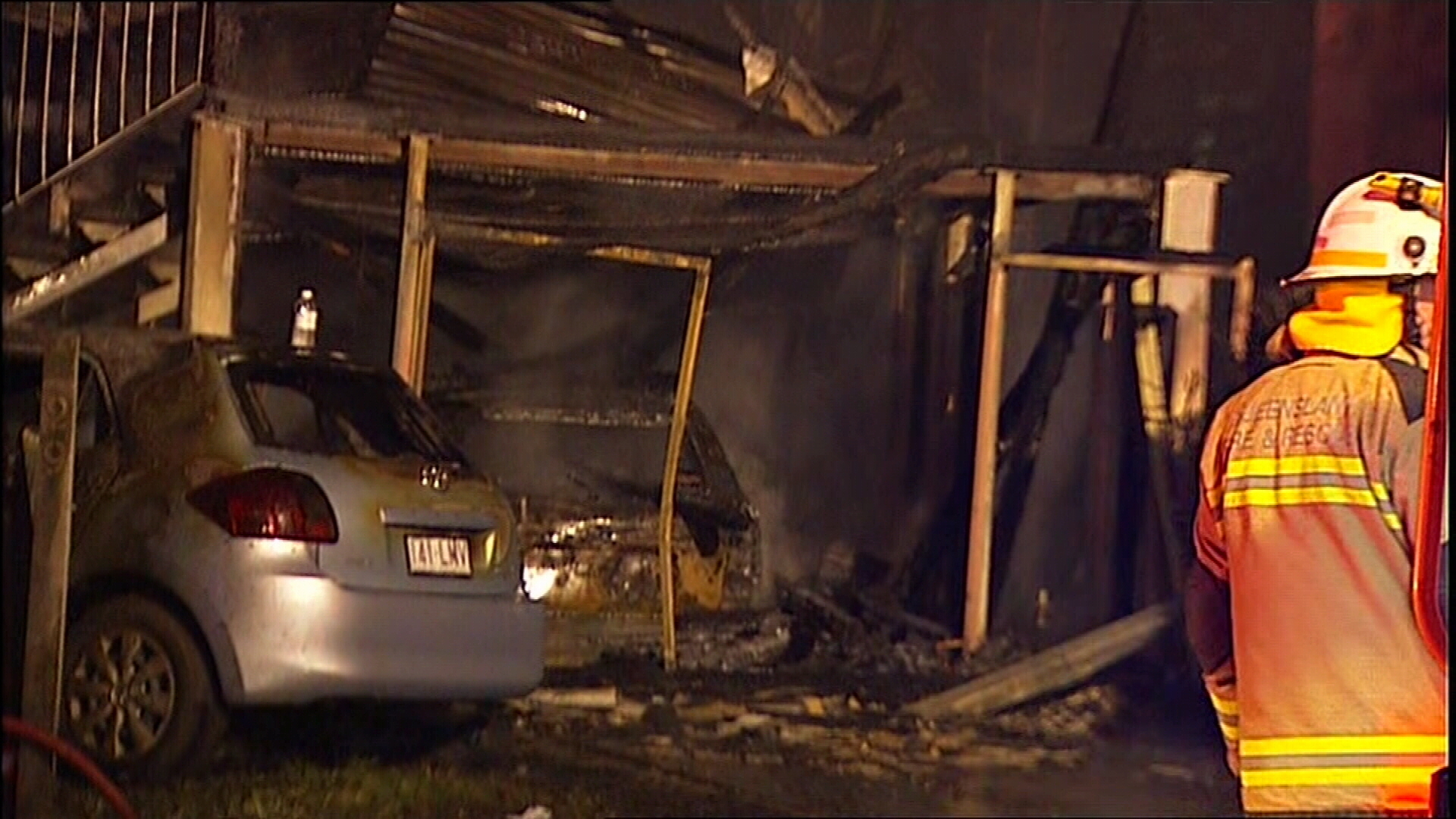 A neighbouring house on the left-hand side has suffered significant damage and two units within the unit block that have been completely destroyed as well.

The home, which was completely destroyed, is now a crime scene with police treating the incident as suspicious.

Local residents have been advised to keep their windows closed to avoid smoke inhalation.