A family in Sydney’s south have been left fuming after police issued a fine for leaving their car window open, even though it was parked at home.

A family in Sydney's south have been left fuming after police issued a fine for leaving their car window open, even though it was parked at home.

Some might agree that leaving your car open when parked in public is asking for someone to break in and steal something, but the car was parked directly out the front of the family's Caringbah South home.

In fact, Richelle Amey's husband was just metres away, doing gardening in the front yard when police swooped. 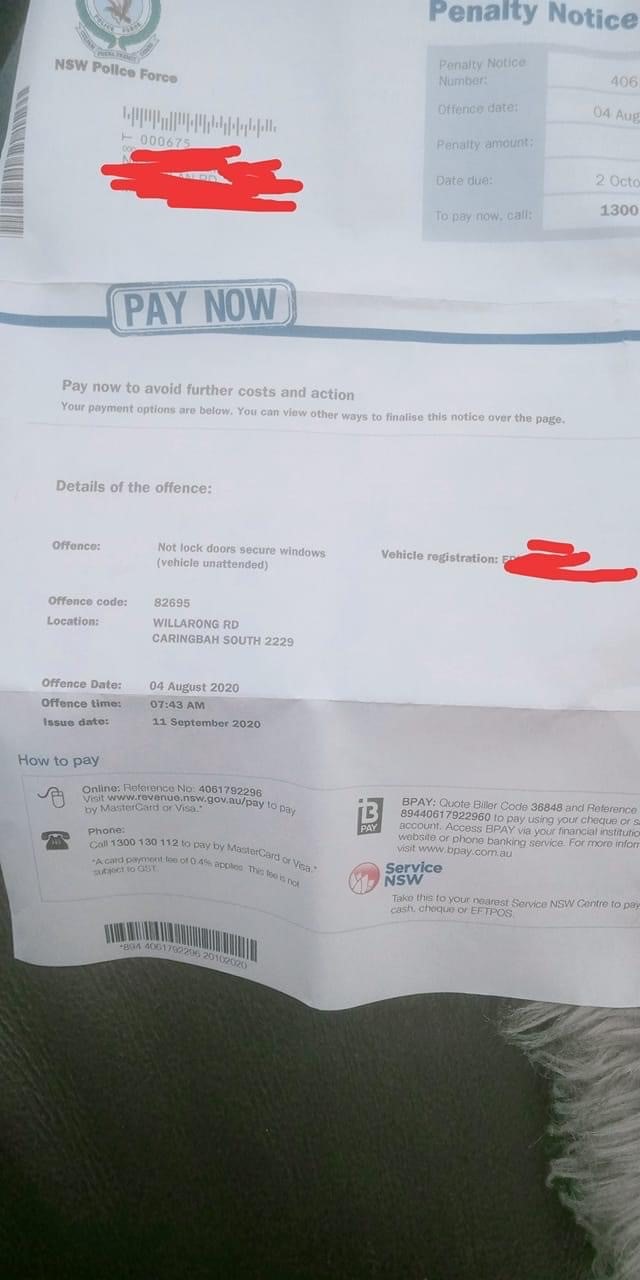 "The car was in view of my husband. We didn't go out and leave it unattended, it was literally in front of him," Ms Amey said.

Despite the car being in front of the family home and in view of the owner, police issued Ms Amey's husband a $112 fine for leaving the car unsecured.

"What if your wallet was on the front seat?" Ms Amey said police asked her husband when taking his details.

According to NSW Road Rule 213, Subsection 5, if a driver is more than three metres from the car and no one is inside, all windows must be secured, and all doors locked.

An exception to the rule allows a crack of no more than two centimetres of the window to be open.

In 2019, nine.com.au revealed at least 1000 motorists a year were getting stung by the commonly unknown rule.

Chief Inspector Phillip Brooks, from the NSW Police Traffic and Highway Patrol, said while it was often an unpopular move to enforce fines in this area, it was a tool police had at their disposal to deter thieves and raise awareness among motorists.

"In northern NSW, for example, there is a high incidence of vehicle theft. Police on foot patrol will see an unlocked vehicle and respond to that as a deterrence factor," he said.

"When they do those operations, which they do infrequently, is causes an amount of community concern but the potential media opportunity that comes out of that concern obviously creates an awareness for the benefit of others."

Ms Amey said there were no valuables in the car, because it was parked at home, and warned others to be aware too.