The python was found in Holmes Jungle nature park yesterday, trapped by a local man from Darwin Snake Catchers who described the snake as “cheeky”.

A Darwin family is devastated after a large water python ate their pet duck whole.

The python was found in Holmes Jungle nature park yesterday, trapped by a local man from Darwin Snake Catchers who described the snake as "cheeky".

Calls for help from people who have had snakes eat their pet birds or poultry is a common occurrence for Darwin Snake Catchers. 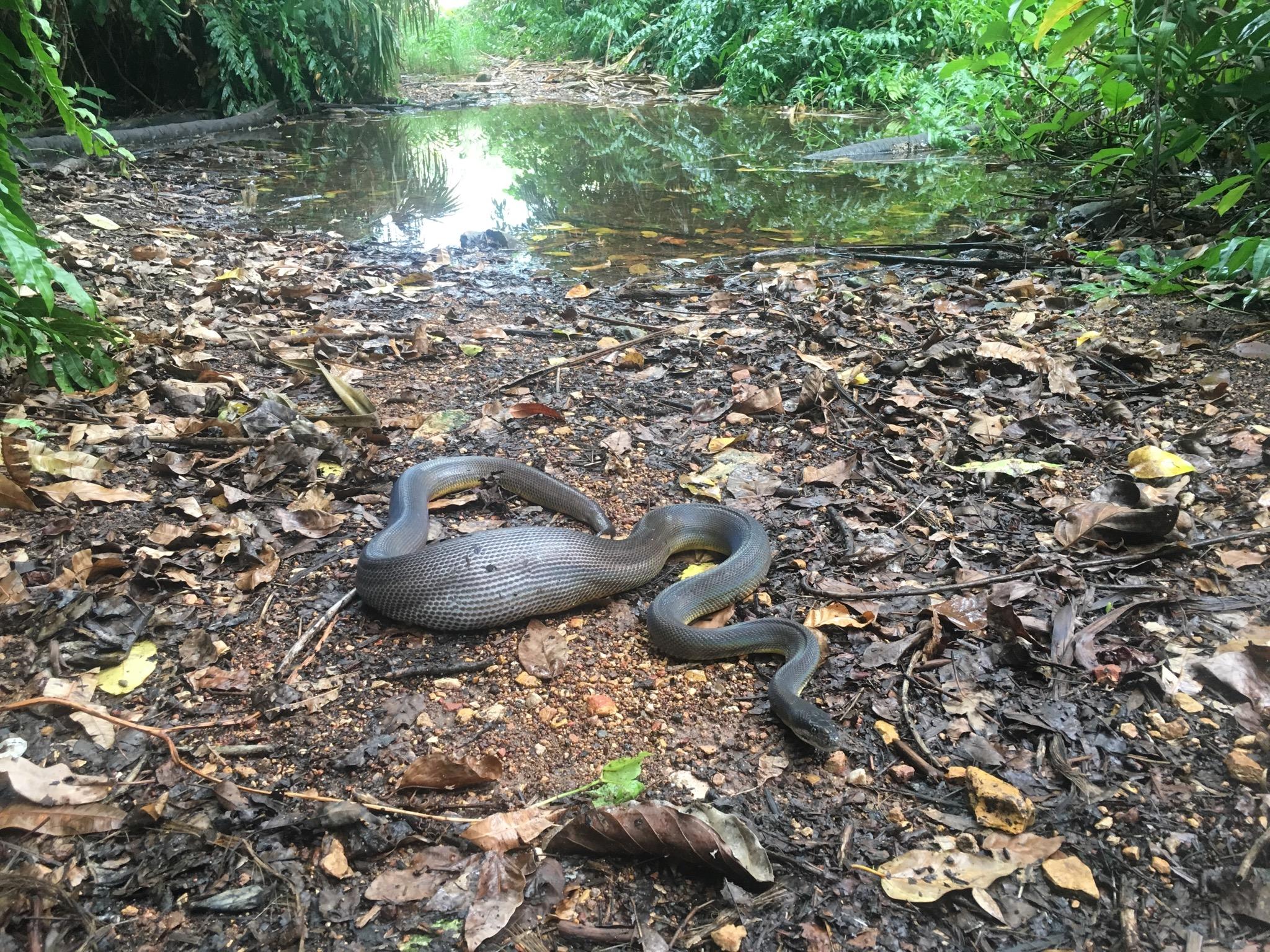 "Not a week goes by that we don't get contacted by people who have had snakes in or around their bird cages and chook/duck yards," according to a spokesperson from Darwin Snake Catchers.

"To a snake, a bird enclosure can seem like a smorgasbord of delights!"

A warning has been released on their Facebook Page, urging people to take precautions to help minimise the risk of a snake attack around bird enclosures. 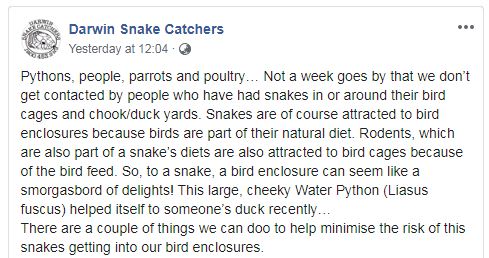 "Modify your bird enclosures to make them almost impenetrable for snakes using small gauge (0.6mm) bird wire available at most hardware stores which is far too small for any snake that poses a threat to birds to penetrate," the post reads.

"Bury the enclosure walls as deep as practical to avoid rodents burrowing and try to keep your bird enclosures as waste-free as possible.

"If you take these few precautions, then on occasion you'll just end up with a hungry snake that has no other option but to just window shop."