Facebook has started taking down ads for the re-election campaign of President Donald Trump that direct people to a survey labelled a “census.”

Facebook has started taking down ads for the re-election campaign of President Donald Trump that direct people to a survey labelled a "census."

Facebook said in a statement it was enforcing its policies to prevent confusion over the 2020 census, which begins for most people next week.

Earlier in the day, House Speaker Nancy Pelosi called the survey sponsored by the Trump re-election campaign, "an absolute lie." 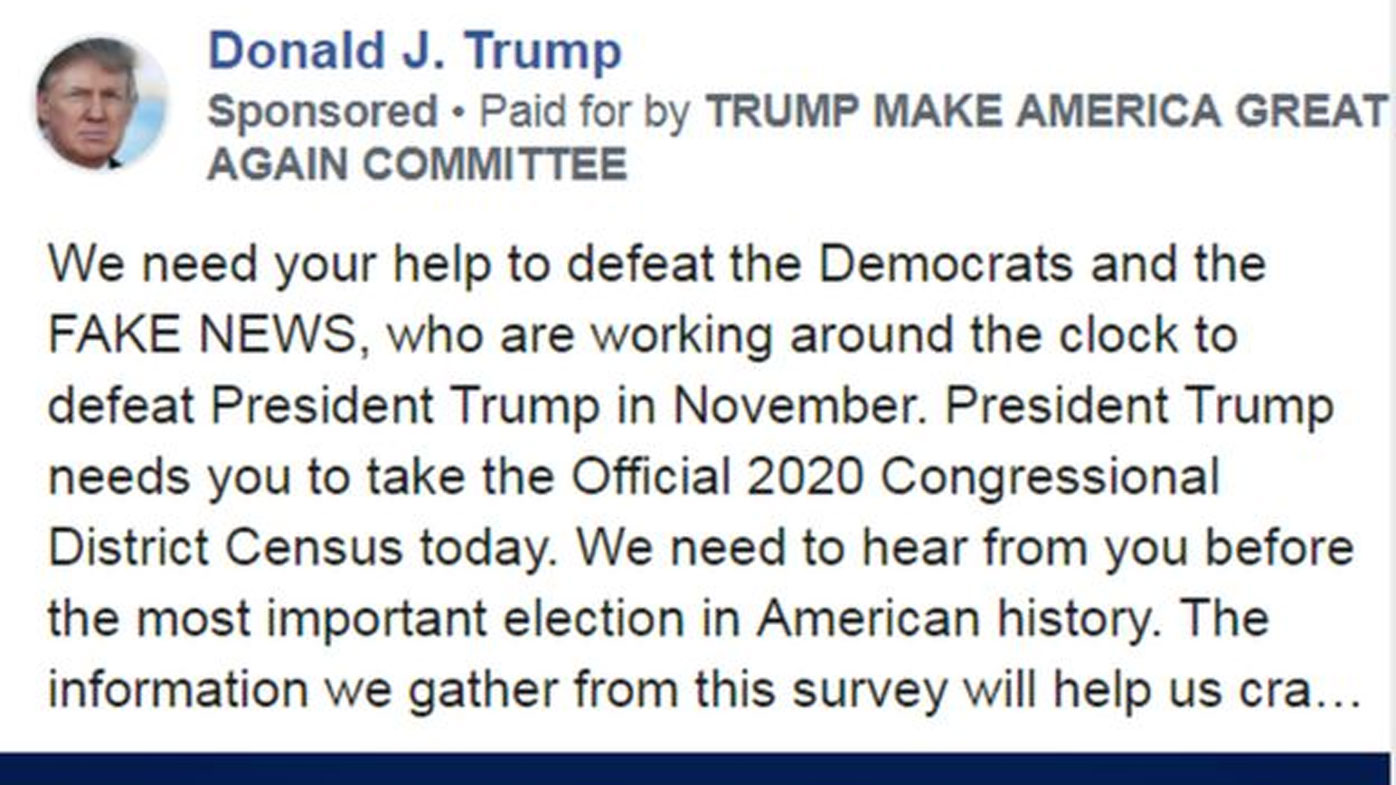 "But now they're messing with who we are as Americans. I know the profit motive is their business model, but it should not come at the cost of counting who is in our country."

The ad says, "President Trump needs you to take the Official 2020 Congressional District Census today." Clicking on a red button saying "Take the Survey" leads to a website with questions asking visitors about party affiliation, whether they intend to support Trump and which media organisations they get their information from, among other questions. 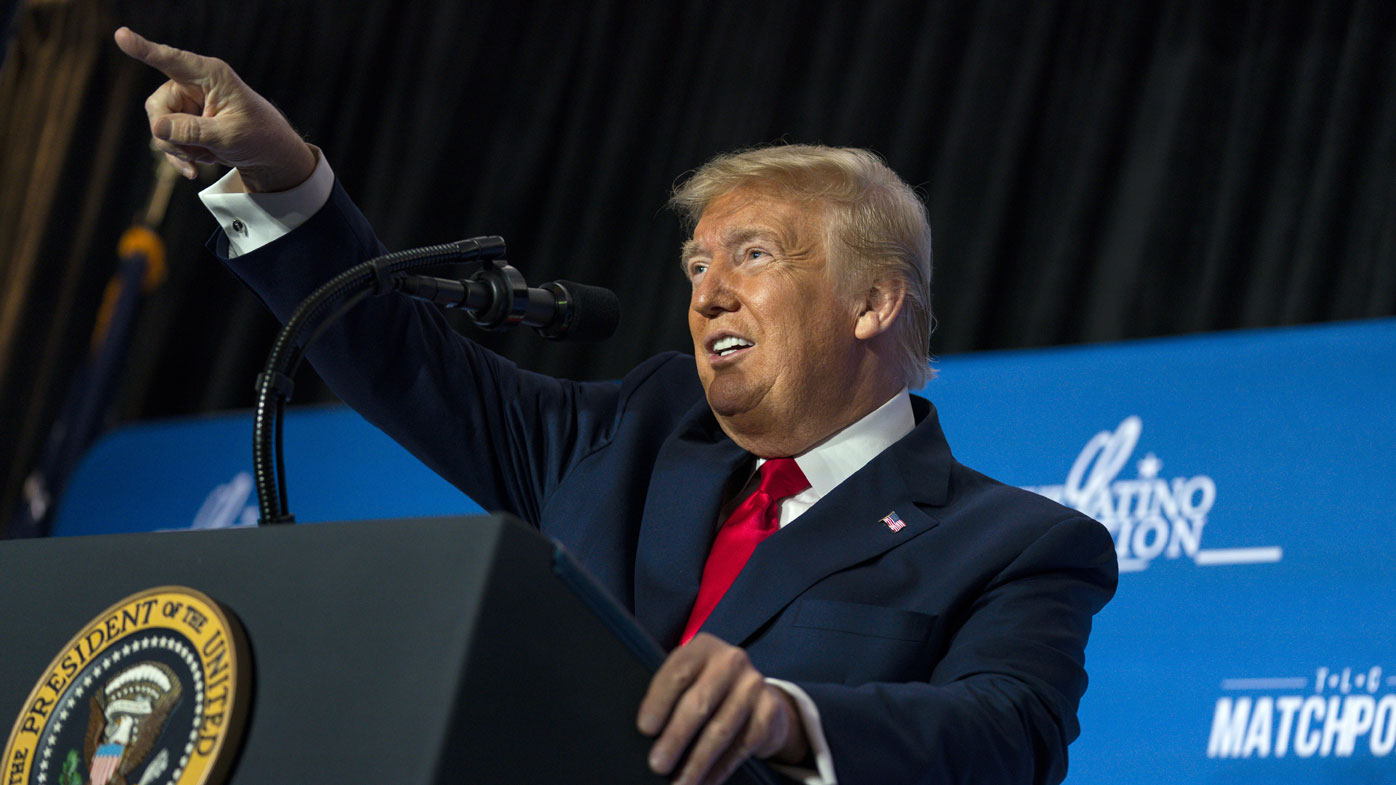 Similar mailings have been distributed around the US

On Thursday, four Democratic House members demanded in a letter that the Republican National Committee stop any mailings or online ads that resemble Census Bureau documents.

Census Bureau officials have been on high alert for online misinformation aimed at confusing people about who is eligible to fill out the form or how to properly file it, along with imitation websites posing as the official census site. 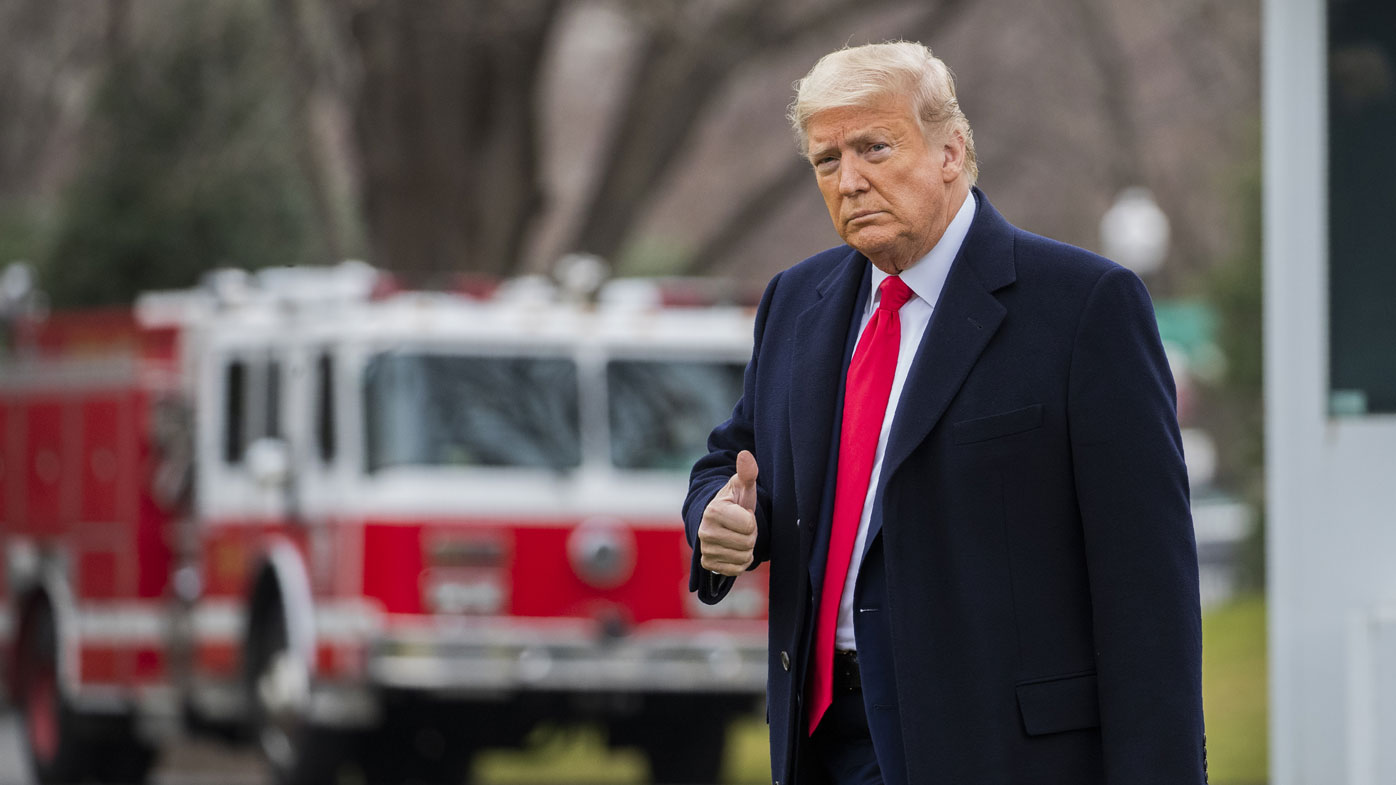 The bureau has spent the last year forging relationships with the major tech platforms -- Facebook, Twitter and Google -- to put out accurate information about how the census works and yank misinformation about the form from their sites.

READ:  Heartbroken father of missing teen thanks community for support

In January, Facebook began banning ads that discourage people from participating in the census or portray it as "useless." The ban applies to ads on both Facebook and Instagram, which Facebook owns. The platform also announced that misleading posts about the census would be subject to removal.