Reports of change activists super gluing themselves to roads and shutting down Brisbane’s busiest streets were commonplace around this time last year.

Reports of change activists super gluing themselves to roads and shutting down Brisbane's busiest streets were commonplace around this time last year.

Some Extinction Rebellion protesters sunk their hands into steel drums filled with concrete, while others suspended themselves from buildings.

The state government vowed to crack down on what it called "dangerous devices" to stop the disruption, passing laws that would make certain devices illegal. 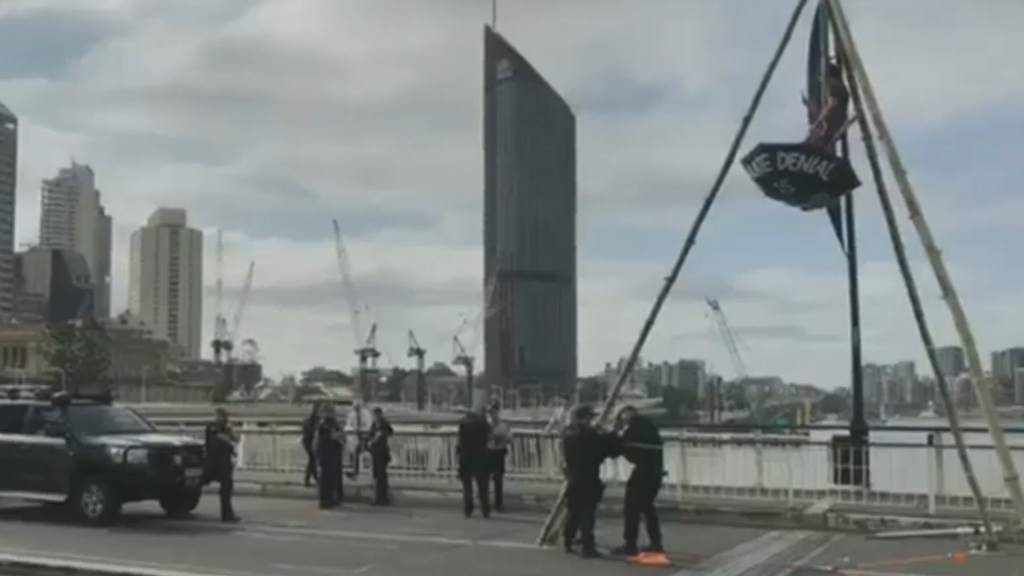 But almost 12 months later, those scenes have showed signs of returning to the streets.

Last night a small group of Extinction Rebellion protesters blocked the road at Kangaroo Point "in solidarity with the refugees" who are housed in a nearby alternate place of detention.

One commuter who said their father was dying in hospital was outraged by the action which also appeared to break lockdown laws.

"Move this s--t, I don't care!" they shouted at the protesters. 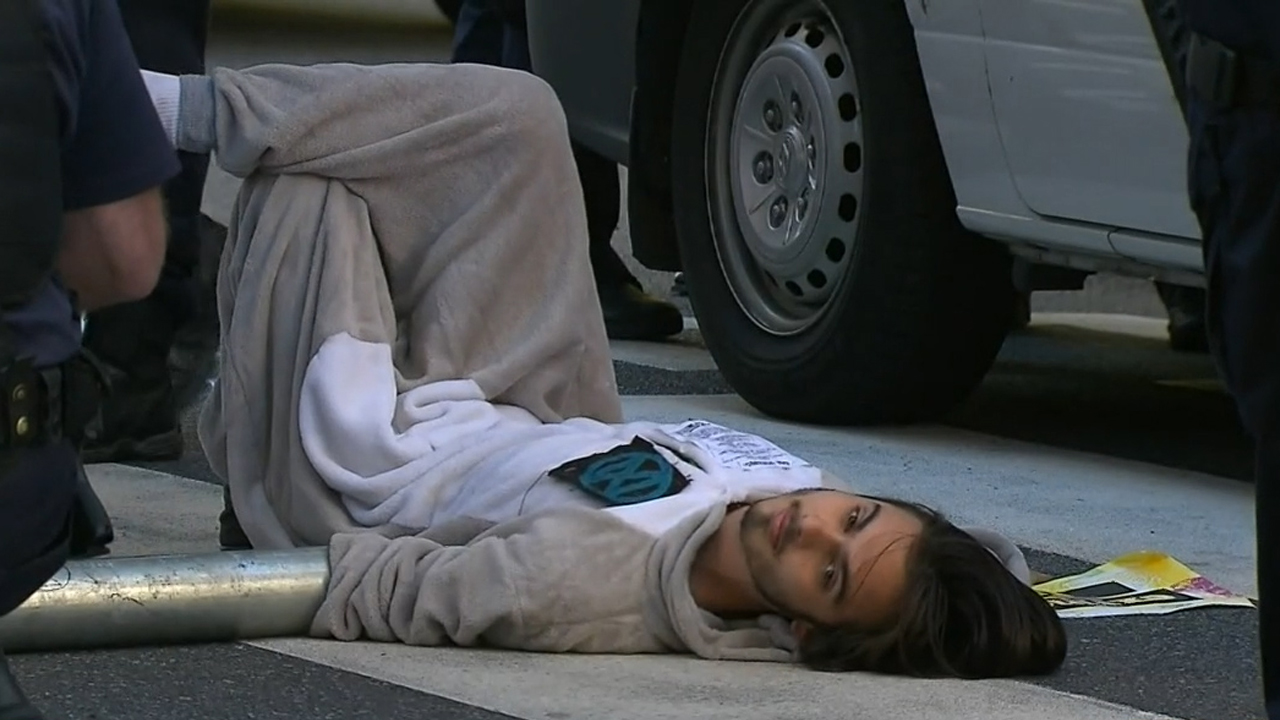 Meanwhile 9News can exclusively reveal of the 46 people who were arrested during a protest at William Jolly Bridge last October, only a handful have been handed minor traffic infringements.

"Over half received $53 fines," Lana Khouri from Extinction Rebellion said.

The group told 9News they had plans in coming months to lock down the city again. "We have mass mobilisation plans ready," protester Emma Dorge said.

"We need to be having a broad-scale response to a crisis that actually poses more threat than the coronavirus."