With Europe now reporting more coronavirus cases than the United States, Brazil and India, according to World Health Organization (WHO) figures, many governments are closing down pubs and bars or limiting their opening hours in the hope of avoiding wider lockdowns.

With Europe now reporting more coronavirus cases than the United States, Brazil and India, according to World Health Organization (WHO) figures, many governments are closing down pubs and bars or limiting their opening hours in the hope of avoiding wider lockdowns.

It's bad news for drinkers, from Brussels to Paris to Edinburgh, and will bring more pain for the embattled hospitality sector. But will the strategy work? 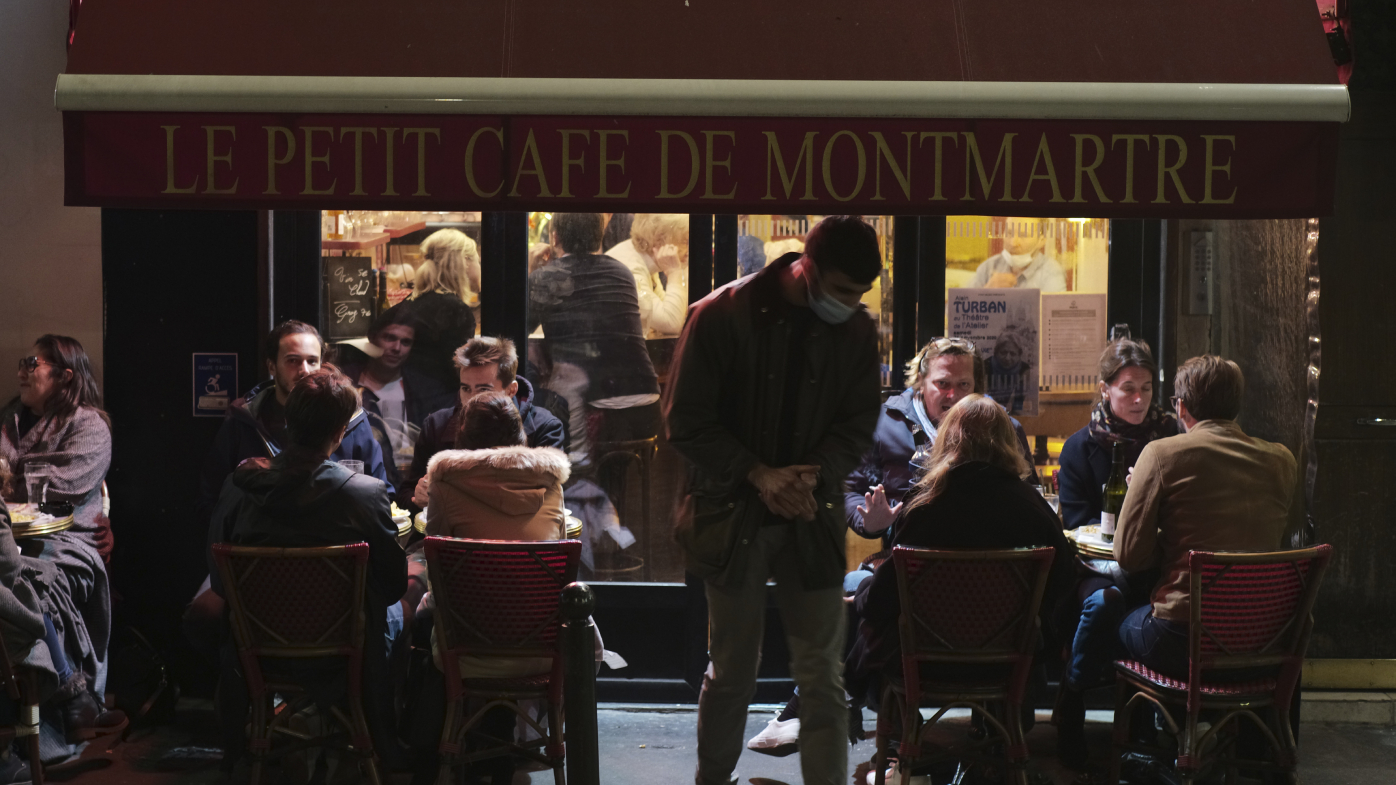 In Berlin, a city famed for its nightlife, bars remain open but new rules that come into force Saturday mean they will have to close at 11pm, along with restaurants and stores.

The measures are expected to remain in place until at least the end of October.

For Stefan Zenow, the 41-year-old owner of two Berlin bars, one in the popular party district Friedrichshain and another in Prenzlauer Berg, the new restrictions are an unwelcome blow.

His formerly profitable business is struggling to stay afloat after Germany's lockdown earlier this year, he says, and could close down altogether without more state help.

"This is taking us 10 steps back," he said. "Every month we have a minus on our books but we wanted to keep it running. Now, with these new restrictions we are no longer sure if we actually can. I believe this curfew will be in place until at least March or April next year.''

He's contemplating opening earlier to try to get what business he can. 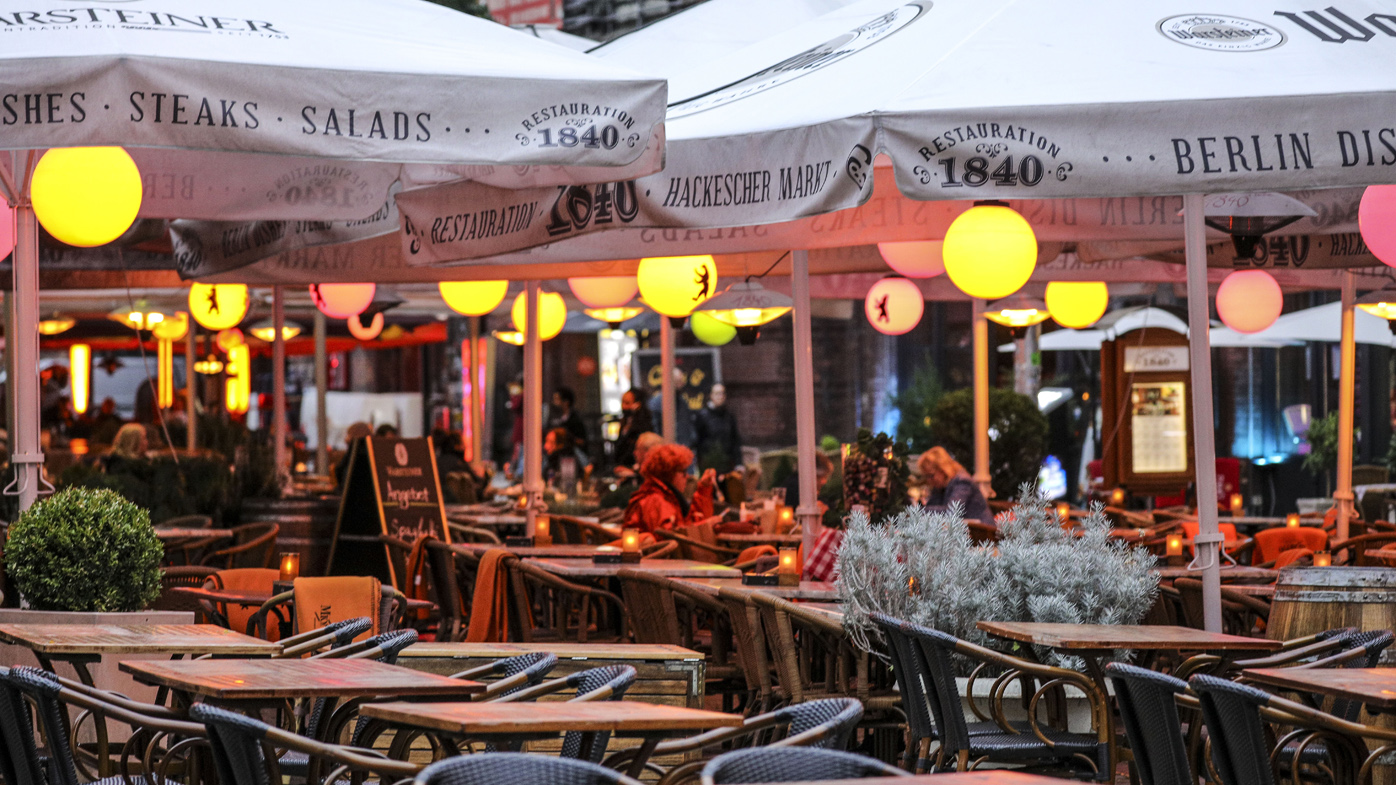 ''Usually during the summer we open at 8pm and are open until the last customer goes. Typically in winter we open at 7pm. But now with the curfew in place, we are thinking of opening at 5pm so that people from work can grab a drink on their way home.

"It's a model that Australia has already in place but I am not sure if this is going to really work for a city like Berlin.''

Mr Zenow is also skeptical that the restrictions will work.

''It's a human need to get together, to celebrate together. I don't think that people like to be told what they cannot do. In my view they will continue to party.

"To prohibit controlled partying is not going to help! You can't tell young people in their 20s and 30s to stop partying.

"I think the new law might have an adverse impact. People will then meet up privately to party. ''

But Health Minister Jens Spahn warned Thursday that now was not the moment for Germany to drop its guard.

"Barely any other country in Europe has managed the crisis as well so far. But we must not gamble away what we have achieved," he said.

"The situation here in Berlin shows that careless and at times ignorant behavior during this pandemic can quickly change the situation for the worse." 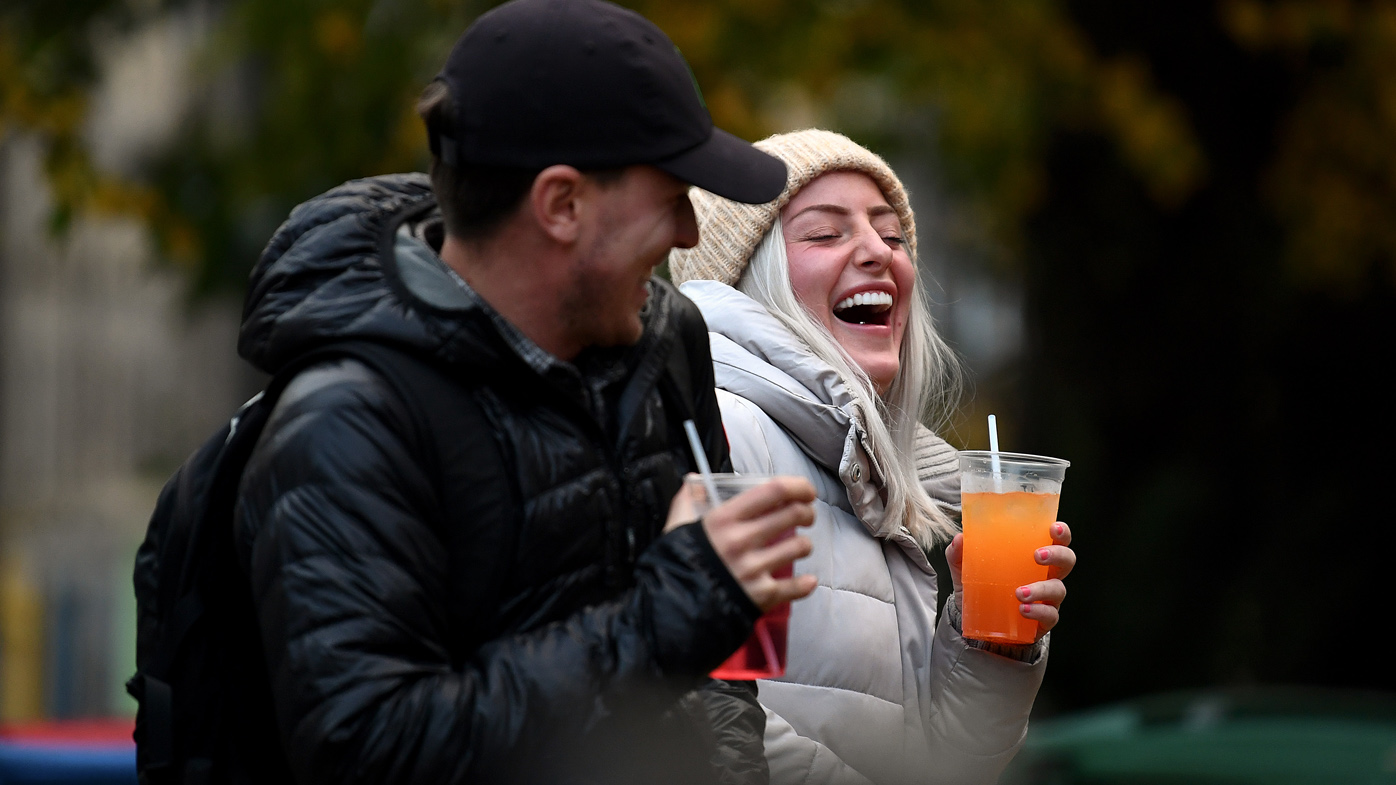 Brussels shuts bars for a month

Other nations are adopting more drastic measures as they try to balance economic demands with increasing pressure on healthcare services.

Bars and cafes in Belgium's capital, Brussels, were ordered to close Thursday for a month in an attempt to rein in soaring infection rates there.

Professional and amateur sporting clubs must also shut their bars for a month and the consumption of alcohol in public spaces is banned throughout the entire Brussels city region, its minister-president Rudi Vervoort announced Wednesday.

The move came a day after tighter restrictions were imposed across the country's roughly 11.5 million inhabitants. 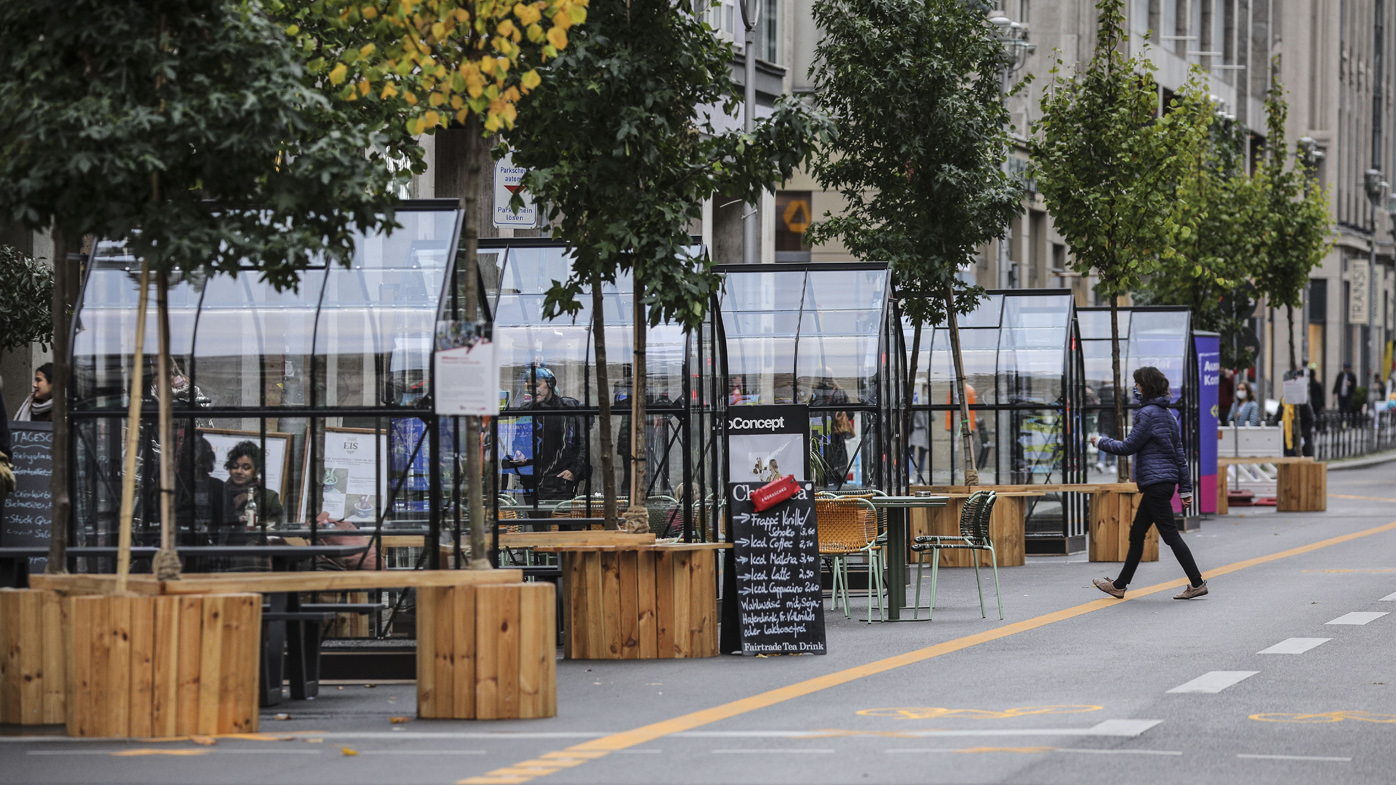 People in Belgium must now limit their social contacts to three people per month, with private indoor gatherings limited to four people.

Outdoor gatherings are limited to four people, excluding those who live in the same household. Cafes and restaurants may serve no more than four people per table and must close their doors by 11pm.

Belgian Prime Minister Alexander de Croo said the restrictions were devised to "avoid a general lockdown" amid a "very worrying" evolution in the spread of the pandemic.

As coronavirus cases rise sharply in neighboring France, bars and cafes in the capital, Paris, were ordered to shutter Tuesday for two weeks. Restaurants there can stay open only if they follow strict hygiene and social distancing rules, the health ministry said.

Four more cities including Lille, Lyon, Grenoble and Saint-Etienne, were told to shut their bars, gyms and sports centers from Saturday as France reported a record 18,746 new infections on Thursday.

READ:  US Marine in Darwin tests positive for coronavirus

Infection levels in Toulouse and Montpellier are "worrying" and they could be the next cities to come under new restrictions, Health Minister Olivier Veran said.

Bars in Marseille, on France's Mediterranean coast, had already been ordered to close last month as case rates soared there. 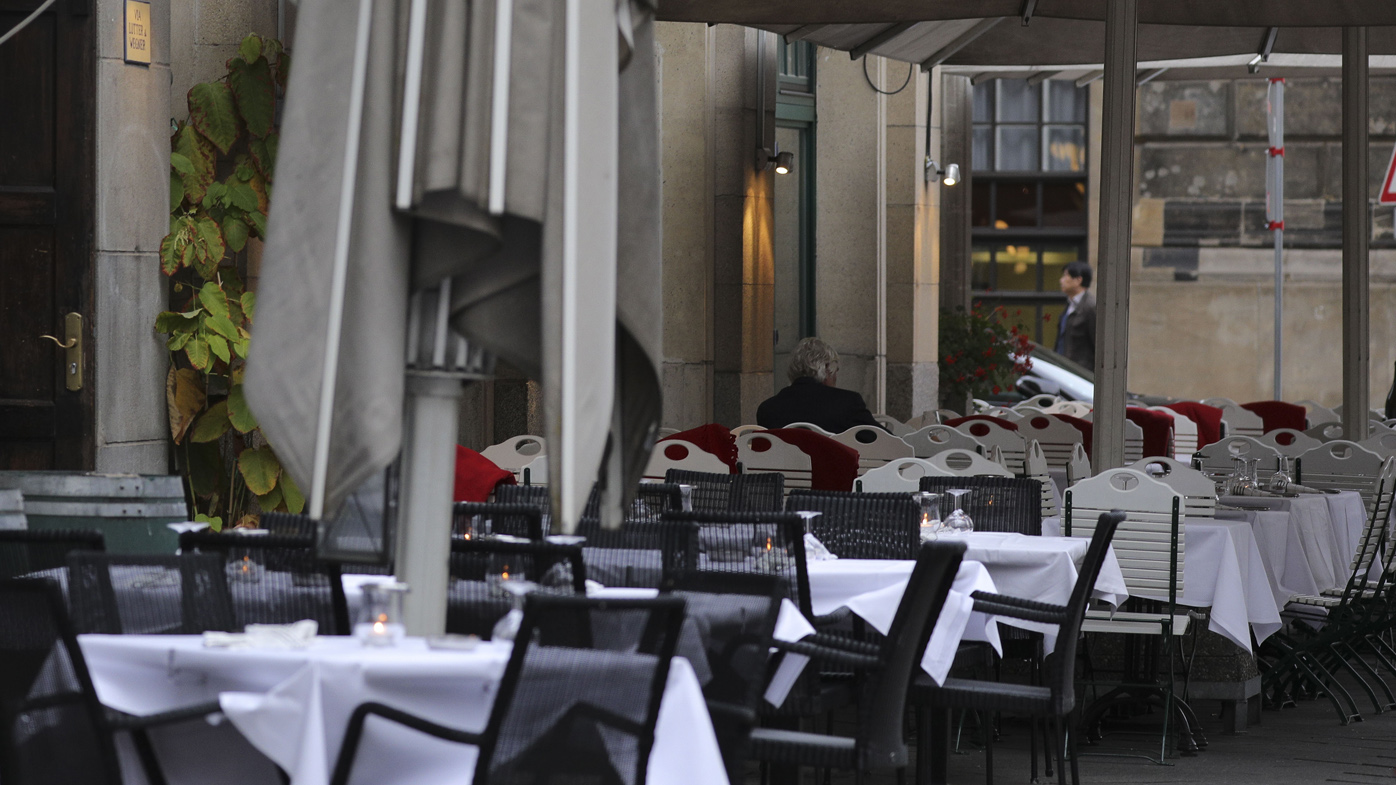 The new restrictions require people to stay at home except to go to work, to classes, to do exams, to meet legal obligations or in extreme circumstances.

Even Iceland, which came close to eliminating the virus over the summer, is now seeing infections rise.

On Monday, it ordered the countrywide closure of bars for two weeks, as well as nightclubs, fitness centers and gaming establishments, and limited gatherings to 20 people. Global health expert Peter Drobac, director of the Skoll Centre for Social Entrepreneurship at the University of Oxford's Saïd Business School, told CNN that governments across Europe were trying to find a balance between imposing restrictions on social interactions and keeping businesses alive.

Bars, nightclubs and restaurants are "an obvious candidate" for closures given what is known about transmission of the virus, he said.

"It tends to happen, and most of the important clusters we have seen, come in enclosed and indoor spaces that are crowded and have prolonged contact between people," he said. People talking, laughing and drinking alcohol only add to the risk of transmission, he said.

"We have to think about social value and social cost as we think about what we want to keep open and what we want to close. It involves some really hard tradeoffs but, if you have to choose between keeping bars or schools open, most people would choose schools."

No alcohol indoors in Scottish pubs

Scotland is another country imposing strict limits from Friday on the service of alcoholic drinks, as it battles rising infection rates.

They will also be required to close at 6pm., except for hotel restaurants serving residents.

Licensed venues will still be allowed to serve alcohol outside until the current curfew of 10pm across some of the country. 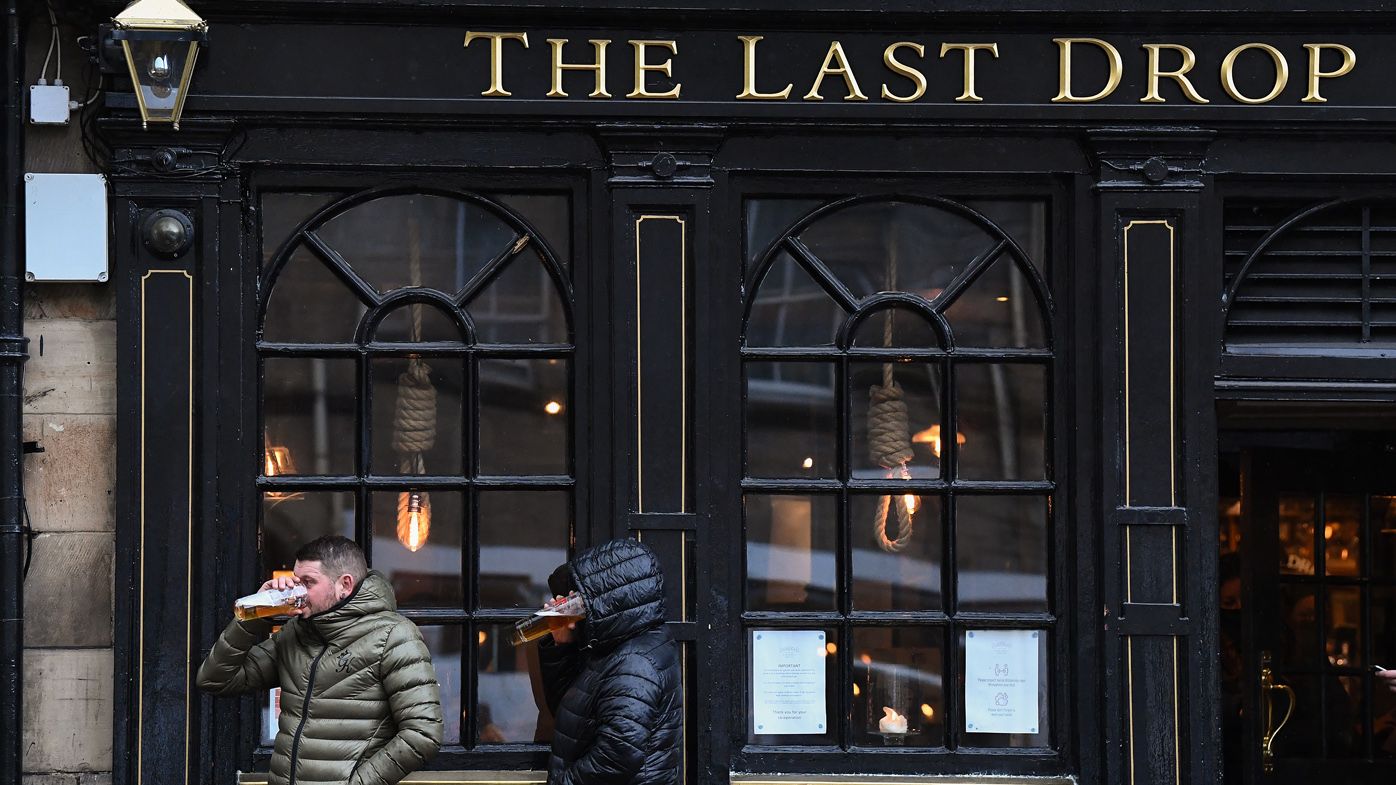 However, in central parts of Scotland, including Glasgow and Edinburgh, all licensed venues will be closed from Friday, with the exception of hotel restaurants serving residents.

Ms Sturgeon said the restrictions were "intended to be short, sharp action to arrest a worrying increase in infection." But the Scottish Licensed Trade Association warned of confusion, describing the guidance as a "shambles" in a tweet Friday.

UK Prime Minister Boris Johnson may also decide to bring in tougher measures across parts of England, particularly in the north, where infection rates are soaring.

A 10pm curfew has already been in place for pubs and restaurants in England since late last month. The government also made it illegal for more than six people to gather socially in England.

Dr Julian Tang, honorary associate professor in respiratory sciences at the University of Leicester, told the UK's Science Media Centre that while some restrictions, such as the 10pm curfew, might seem arbitrary, the point was to reduce the amount of contact between people.

"It is not saying that the virus stops transmitting after 10pm. It just acts to disperse people earlier to reduce the number of people to whom it can spread," Tang said. 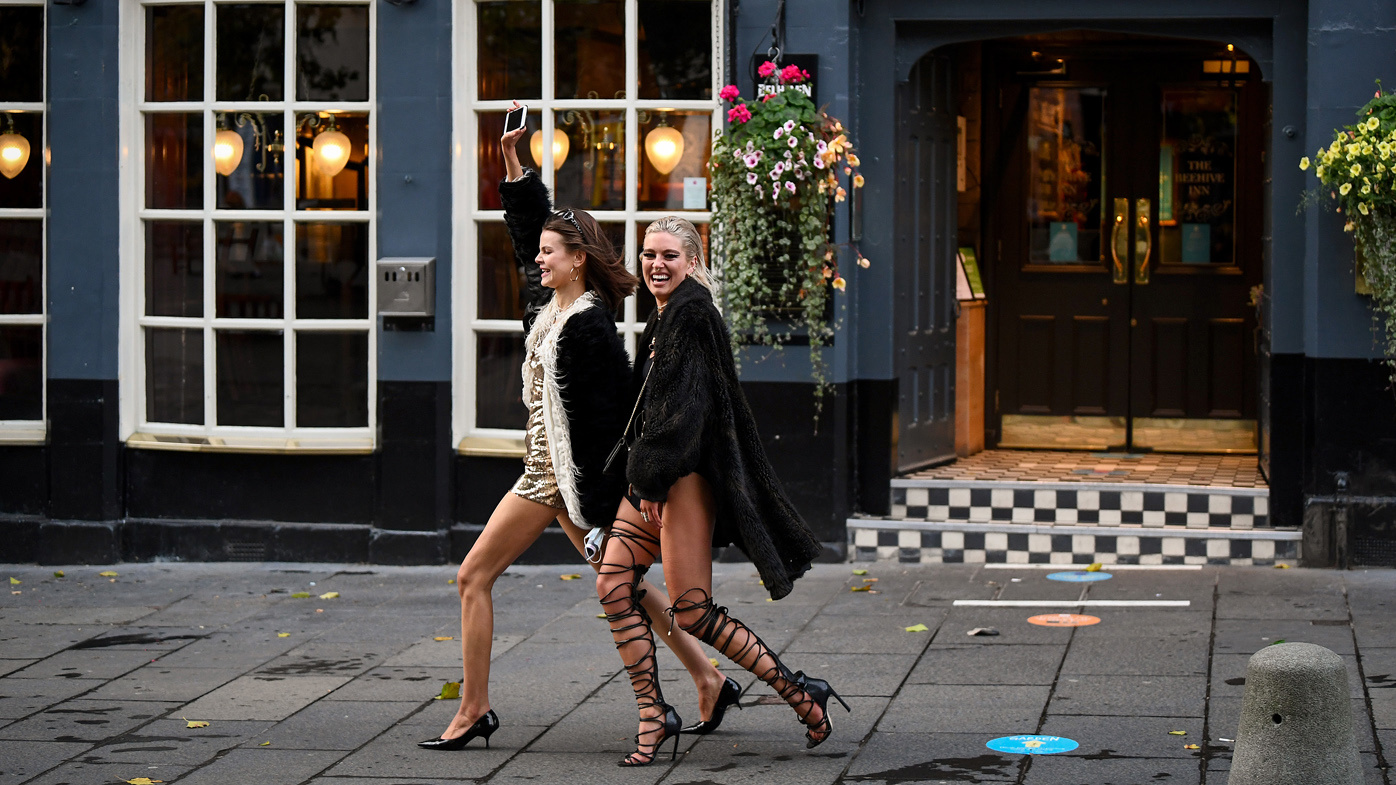 "But to be effective, the spirit of the curfew needs to be sustained after people leave the pubs, and not for people to go to supermarkets and other people's homes to continuing drinking (or) socializing, but to go home quietly in a socially distanced manner to help stop the virus transmitting any further."

It's important to allow time for the restrictions to work, Dr Tang added, and it could be three to four weeks before their impact can be properly assessed. However, it may be too little, too late, he cautioned.

"With the COVIDd-19 cases rising so quickly across the population now, such limited restrictions may not be sufficient to reduce further transmission of the virus within this shorter time period and unfortunately, stronger measures may now be needed."

"Early action is typically the way to go because you cannot outrun exponential growth," he said.

"The longer we tinker with small steps with an outsize growth in cases, the harder it is to get things down under control."