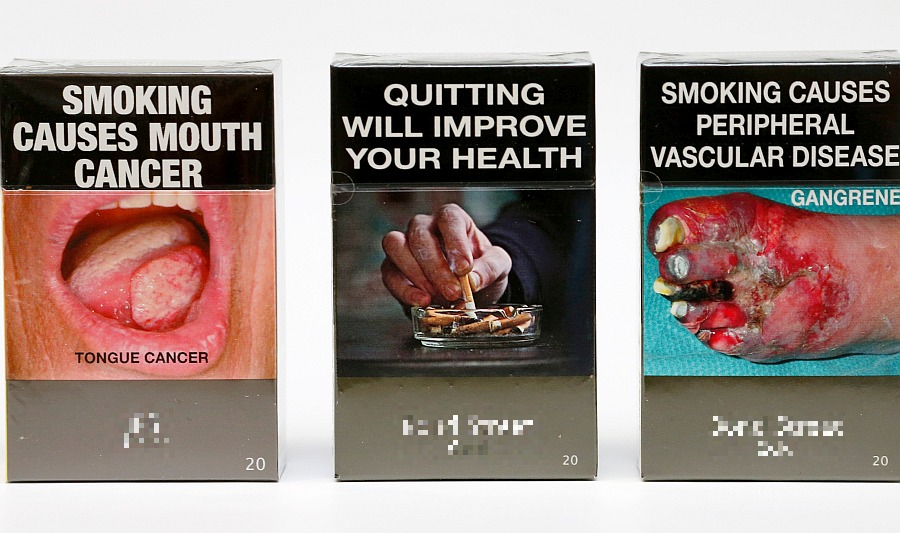 Plain packaging for tobacco in Australia may not have had the desired effects of encouraging smokers to quit and discouraging new smokers from adopting the habit, according to Aussie researchers. They compared Australia with New Zealand, who didn’t introduce plain packaging until 2018, and found the plain packaging policy in Australia did not affect smoking prevalence, although it led to smokers spending less on the habit. Smokers spent less mainly because they switched to cheaper brands, the researchers say, and as that cut the cost, they actually ended up smoking more.

Simon Chapman AO is an Emeritus Professor at the Sydney School of Public Health, University of Sydney.

“This paper compares changes between Australia and New Zealand in smoking prevalence, smoking frequency and expenditure on smoking between 2002 and 2017. Its main focus considers whether the introduction of Australia’s plain packaging law at the end of 2012 had greater impact in Australia compare to the similar raft of tobacco control policies operating in both nations, and concludes it did not.

Unfortunately, the study contains a major flaw. The authors write ‘the price of tobacco (or tax) and education are expected to influence smoking behaviour… We do not include these control variables [in our model] owing to a high correlation with the time trend…’ This omission fatally undermines the validity of this study. The authors seem unaware that New Zealand implemented a major 10% compounding tobacco tax increase in January in each of 2011-13, while Australia had no real tax increases between 29 April 2010 and 1 December 2013*.

The decline in Australia’s smoking prevalence following the introduction of plain packs in 2012 was comparable to that in New Zealand even though NZ had huge tax increases around that time. Tobacco tax is universally acknowledged as being the single most important variable in driving down tobacco use, which is why the tobacco industry has always lobbied hard against tax rises.

The old maxim ‘garbage in … garbage out’ sadly has claimed yet another study victim.”

(*Tax has also increased annually in Australia every 1st September since 2014, however, as above, tax levels were flat over the 43-month period preceding and immediately following the introduction of the plain packaging policy.)

READ:  Cat reunited with owners after $15k tour of America

Independent research for the Australian Government has shown that plain packaging has been one of the most effective measures in reducing smoking in Australia. accounting for approximately one quarter of the total decline in average smoking prevalence rates between December 2012 and October 20151.

Tobacco taxes started going up each year in New Zealand at the same time that Australia was in the process of introducing plain packaging, three years before the start of Australia’s annual real tax increases.

The analysis in this paper takes no account of the earlier introduction of the New Zealand tax increases, the largest in the country’s history. Decades of research have shown that tobacco tax increases have the strongest effect on smoking behaviour. Without accounting for this in the study, this paper does not provide reliable insights in the effects of plain packaging policy.

No single measure will ever be entirely responsible for reductions, however the evidence from well-designed studies shows that plain packaging is contributing to Australia’s comprehensive approach to reducing smoking in this country.”
Chipty T. Study on the Impact of the Tobacco Plain Packaging Measure on Smoking Prevalence in Australia. Appendix 1 to Australian Government Post-Implementation Review Tobacco Plain Packaging. 2016. Available from: http://www.health.gov.au/internet/main/publishing.nsf/Content/study-pp-measure.

Professor Aranda has declared the following conflict of interest: Cancer Council has worked extensively in tobacco control policy for several decades, which included advocating for plain packaging. Our policy and recommendations are guided by extensive reviews of the available evidence.

Maurice Swanson is Chief Executive of the Australian Council on Smoking and Health, an independent coalition, working with the community, organisations and governments in the fight against tobacco.

“This research is fundamentally flawed and incomplete because it does not take account of the fact that tobacco taxes increased significantly each year in New Zealand at the same time Australia was introducing plain packaging, and importantly three years before the start of Australia’s annual tax increases of 12.5%.

The authors admit their modelling was not able to accommodate the effect of price increases and therefore this is excluded from their analysis, despite increasing tobacco tax being the most potent way of reducing the prevalence of smoking.

The data they present shows clearly that smoking prevalence, and the numbers of cigarettes smoked per week in Australia, fell in the years following the introduction of plain packaging in Australia.

There is good evidence from Australia and elsewhere that plain packaging works, which is why the tobacco industry opposes it so fiercely.

Plain packaging has the potential to prevent millions of premature deaths around the globe as part of a comprehensive program. It is most unfortunate that the authors used flawed and incomplete modelling that reached an erroneous conclusion.”

Professor Wayne Hall is a Professor at the National Centre for Youth Substance Use Research, The University of Queensland.

“The paper exemplifies the challenges in assessing the effects of introducing plain cigarette packaging in Australia.

Evaluations to date have examined changes in cigarette smoking prevalence before and after the policy change. They have been conducted either by advocates of the policy or by researchers who were funded by the tobacco industry. Their findings have aligned with the policy commitments of the evaluators.

The current study applied a difference in difference method of analysis to data for 5 years after plain packaging and included New Zealand as a control nation. In addition to smoking prevalence, the authors also examined changes in expenditure on tobacco and in the quantity smoked.

They found no reduction in smoking prevalence. They also found a reduction in expenditure on tobacco and a small increase in the number of cigarettes smoked per week. They interpret their results as suggesting that plain packaging has not reduced the prevalence of cigarette smoking five years after its introduction and that it has marginally increased cigarette consumption as smokers have switched to smoking cheaper unbranded cigarettes.

The findings will provoke debate that should help us to better understand what impacts plain packaging has had on cigarette smoking and public health in Australia.”

Professor Ron Borland is a Professor of Psychology in Health Behaviour and Deputy Director of the Melbourne Centre for Behaviour Change at The University of Melbourne.

“This is truly a terrible paper. It is very high on equations and technical terms, but is based on weak data and assumptions that are manifestly inappropriate. If I understand what they have done, they have used summary estimates of their outcomes from public sources, not attempted to control for error, and in some cases, created variables that I doubt are computable from the data they have and showed no significant effects of a dummy interaction term they claim to be Plain Packaging.

For example, they compute average number of cigarettes per day consumed from the HILDA household expenditure survey which tracks household expenditure, not individual consumption. The notion that NZ is a near perfect control when one controls for a few economic variables is highly questionable, while some tobacco control policies have been similar, there are marked differences. So to assume any difference between the two is due to plain packaging alone is inappropriate.

On a more general level, the impact of smoking among a population who continue to smoke in the face of strong public education was always going to be small, and they do point out that some of the previous evaluations of plain packaging have likely overestimated effects through lack of appropriate controls (inevitable for this kind of research).

However, contrary to their claims, they have not advanced the situation at all. In most respects their methods are weaker as they use composite population data without, as far as I can see, using the estimators of accuracy that accompany many of these measures. This means they have less power than some of the studies they criticise.

Their claims of adverse effects on increased consumption are unfounded.

The results are also weird in that there appear to be discontinuity points in both countries when they should only be in Australia around the change.

Surely the analysis should have been looking for a three way interaction with a change in trend line at the point of Plain packaging introduction in Australia and no shift in trend in NZ, which could have been done by removing the secular trend before, and looking at changes from this trend line post by country.

I am no more informed as a result of reading this paper as I was before about effects of the Plain Packaging intervention in Australia.”