The pair walked onto the court named after the Australian tennis player holding a banner declaring it "Evonne Goolagong Arena", sparking an investigation from the official body. 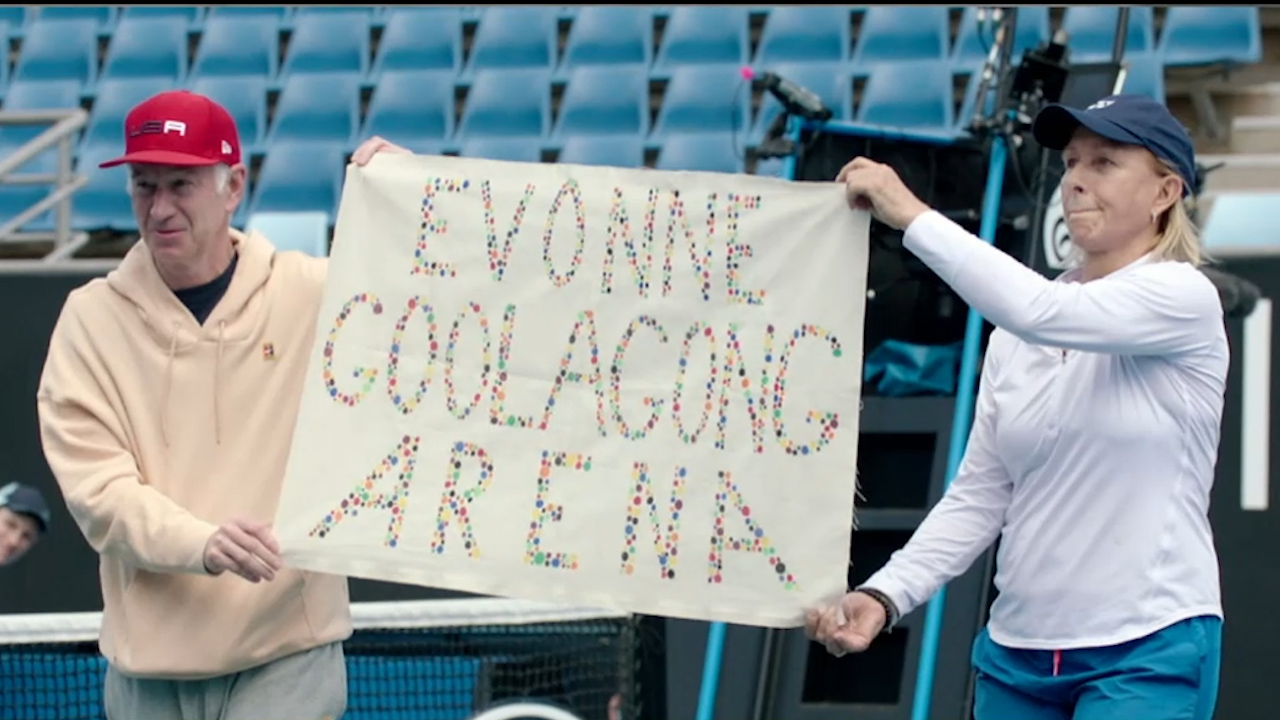 "We embrace diversity, inclusion and the right for people to have a view, as well as their right to voice that view," Tennis Australia said in a statement tonight.

"But the Australian Open has regulations and protocols with respect to how any fan, player or guest can use our facility, the event, and the global stage it provides. This is to ensure the integrity of our event.

"Two high-profile guests have breached these protocols and we are working through this with them."

It's unclear what punishment the two legends of the sport may face.

The protest was in response to last night's honour for Court in a ceremony to celebrate the 50th anniversary of her 1970 Grand Slam, being presented with a special trophy by Rod Laver.

Navratilova, who won 18 grand slams before retiring in 2006, made an impassioned plea for Margaret Court Arena to be renamed to honour indigenous star Goolagong, after slamming Court for her homophobia. 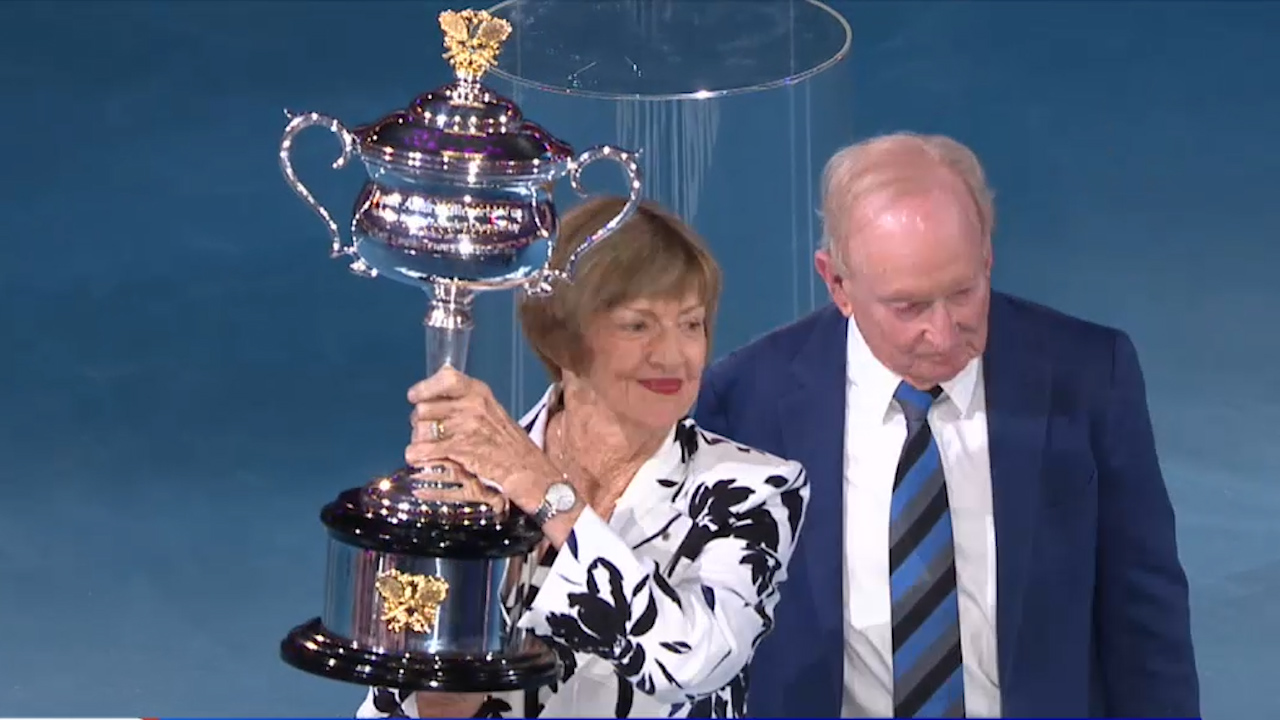 In a letter posted on Tennis.com she blasted the Australian great, saying the nation could not honour her as a sporting hero when the tennis great's homophobic views were so "hurtful" to the LGBTIQ community.

"Yes, we have free speech in a democracy, but that doesn't mean that free speech doesn't have consequences," she wrote.

"When Margaret goes out of her way to single out a group of people and tell them they don't deserve equal rights, that they are less than good parents, that they are not godly, that's not merely free speech.

"It's hateful and hurtful speech and it's injurious to countless vulnerable people."

Navratilova argued buildings, stadiums, airports and streets which recognised public figures should be named after "exceptional human beings" and "heroes", a category which she claimed Court did not fit into. 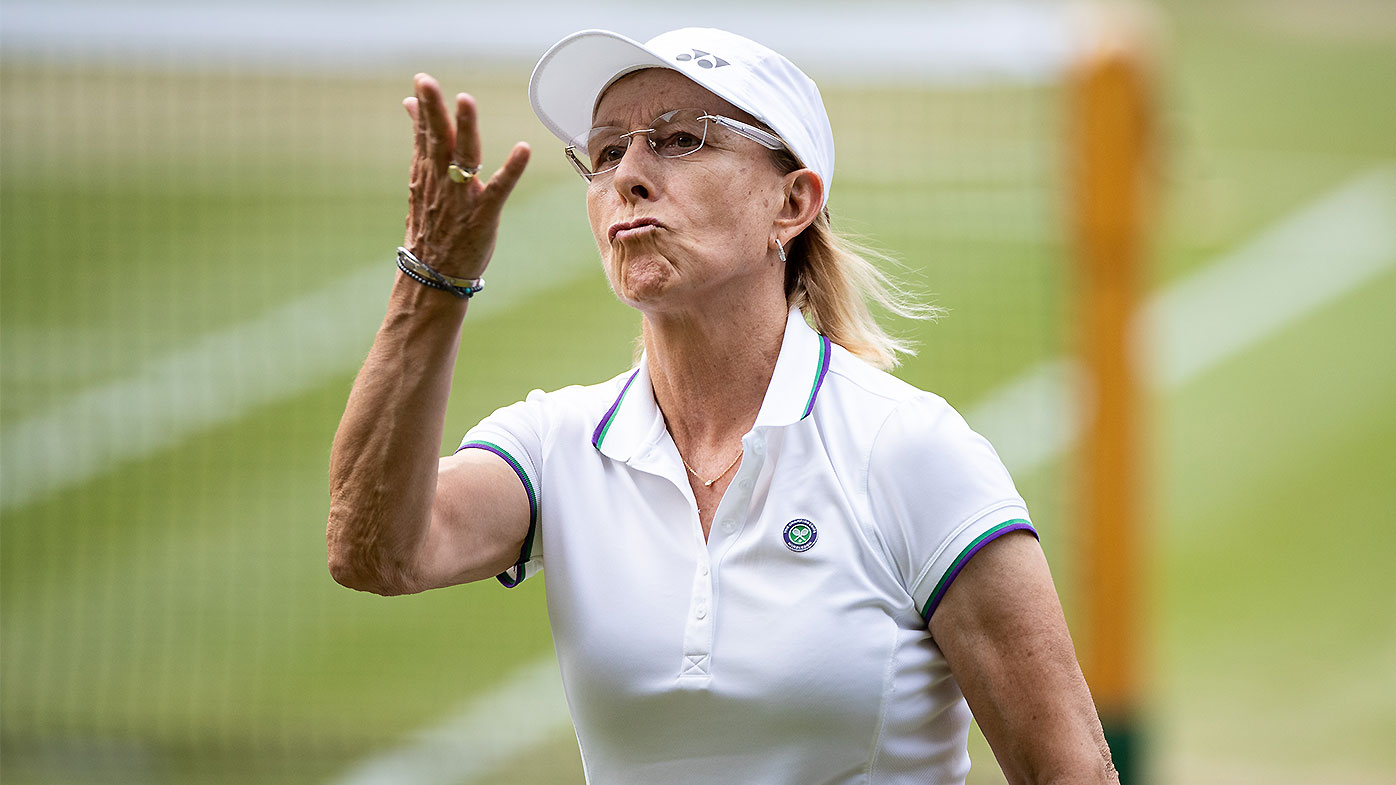 "Nobody disputes her achievements on the tennis court, and her place in the sport's history remains as distinguished as it gets," she said.

"Nobody wants to take away or diminish her career.

"But Margaret Court does not belong in that company or category."

McEnroe also blasted Court's homophobia in a satirical video yesterday, describing her as a "crazy aunt", with offensive views.

Navratilova claimed Goolagong, former number one player in the world, was a "worthy replacement" for the Melbourne arena's name.

"Evonne is the embodiment of what a role model or hero truly is.

"Her heritage, her success against the odds, her Hall of Fame career and her exemplary life off court, in which she has given so much of herself to so many causes, are all attributes we can celebrate wholeheartedly."