A US judge sentenced a former Honolulu police officer Wednesday to four years in prison for forcing a homeless man to lick a public urinal, telling him to imagine someone doing that to his two young daughters.The homeless man was just as defenseless an… 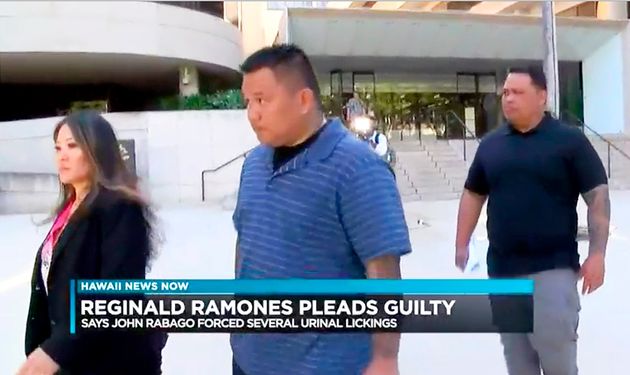 A US judge sentenced a former Honolulu police officer Wednesday to four years in prison for forcing a homeless man to lick a public urinal, telling him to imagine someone doing that to his two young daughters.

The homeless man was just as defenseless and powerless as the children of defendant John Rabago, US District Judge Leslie Kobayashi said.

“You took from him his only possession: his dignity as a human being,” Kobayashi said.

Rabago had taken an oath as a police officer to protect and defend but instead took advantage of someone poor and homeless, she said.

Rabago, 44, and another officer had responded to a nuisance complaint in 2018 when they found the homeless man in a stall in a public restroom.

Rabago threatened to beat the man and stuff his face in a toilet if he didn’t lick the urinal, Kobayashi said. He then grabbed the man’s shoulder, held him down and stepped on his legs to keep him on his knees until he licked the urinal, the judge said.

Rabago later told the other officer to delete text messages about the incident, Kobayashi said.

“I’m here to judge you on the worst thing you’ve done in your life,” Kobayashi said. However, she noted that he should not let the act define his future.

Reginald Ramones, the other officer, has also left the department and is scheduled to be sentenced next week. Ramones pleaded guilty to knowing Rabago committed a civil rights violation and not informing authorities about it. 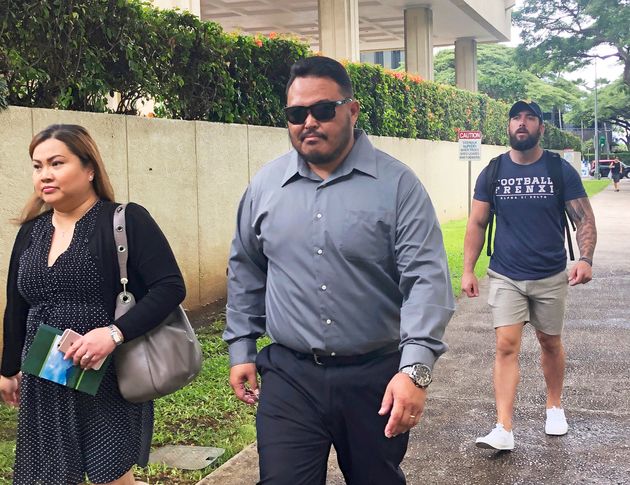 Assistant US Attorney Tom Brady said Rabago had sometimes been a good officer and ultimately took responsibility by pleading guilty to a pair of civil rights violations in the case, but had initially laughed about the incident and later denied it happened.

“To be homeless, not knowing where your next meal is going to be, to be forced to lick ... a dirty urinal by a uniformed police officer. There’s only one word that comes to mind: hopelessness,” Brady said.

Rabago offered his apologies to the victim and his family. “Two years ago I made a decision I’m not proud of,” he said. “My actions changed the course of life for all of us.”

His defense attorney, Megan Kau, said after the hearing that she and Rabago expected a sentence of about three years.

“I think she’s taking the national environment and making him an example,” Kau said about the judge and the protests against racial injustice and police misconduct across the nation.

“This is not the same,” Kau said, noting that Rabago is Filipino American and the victim is white.

Earlier this year, the homeless man filed a lawsuit against the Honolulu Police Department and the city.

“He’s pleasantly surprised that the court punished him appropriately,” his lawyer, Myles Breiner, said. “He was under the impression that they would coddle him and give him a minimum term, a very low sentence.”