By now, you’ve probably read a headline or two about coronavirus and how Australian authorities are screening passengers from some flights arriving from China. The virus has been circulating around Wuhan, China, for about a month now, infect…

By now, you’ve probably read a headline or two about coronavirus and how Australian authorities are screening passengers from some flights arriving from China.

The virus has been circulating around Wuhan, China, for about a month now, infecting several hundred people and killing at least 17, according to the latest figures shared by Chinese health officials on Wednesday.

Australia’s chief medical officer Brendan Murphy warned that an outbreak would be hard to prevent.

“You cannot absolutely prevent the spread of disease into the country. The incubation period is probably a week,” Murphy told reporters in Canberra.

“It’s about identifying those with a high risk and making sure those who have a high risk know about it and know how to get medical attention.”

You’re probably wondering if we’re on the cusp of an outbreak, and if so, what your odds of getting sick are.

Though health officials are still learning about the virus, it currently looks unlikely that we’ll see an outbreak in countries like Australia or the US. That said, it’s good to be armed with information. Here’s what we know about coronavirus so far:

Coronavirus refers to a group of viruses known to cause respiratory infections. Some cases can be mild, whereas others involve more serious symptoms. The vast majority of coronavirus strains are benign, according to William Schaffner, medical director of the National Foundation for Infectious Diseases and a professor in the Division of Infectious Diseases at Vanderbilt University Medical Center. If you do contract coronavirus, it’s typically no worse than a cold.

Some coronavirus strains live in humans, and some live in animals. In the current outbreak in Wuhan, the virus was passed from an animal to a human, an event the World Health Organization calls “a spillover event.”

“Every once in a while, one of these animal viruses gets rogue and jumps species from the animal species to the human,” Schaffner told HuffPost.

The virus we’re currently seeing is novel to experts, it’s in an unusual host — humans — and appears to cause a very serious illness in certain people. At the very least, coronavirus can cause fever, cough and general malaise, similar to a cold. In more severe cases, it can lead to pneumonia, severe acute respiratory system problems, kidney failure and death, according to the WHO.

Health experts suspect it originated from live-animal markets in Wuhan, though the specific animal source is still unknown.

How coronavirus stacks up to other diseases

Both SARS and MERS caused serious and often fatal complications. SARS — which infected 8,098 people and killed 774 worldwide — was transmitted between humans, and originated from civets and bats. Like the new coronavirus, SARS is also thought to have come from live-animal markets.

MERS — which sickened close to 2,500 and killed 858 — didn’t pass between humans easily and came from camels.

In general, both SARS and MERS appear to be more severe and life-threatening than the current coronavirus going around in Wuhan. SARS had a mortality rate of 9.6% and the MERS mortality rate was around 35%. With this new coronavirus, we’ve only seen 17 deaths.

“That’s much less than we saw with SARS and with MERS,” Schaffner said.

Coronavirus can pass between humans

How easily this particular coronavirus passes from person to person seems to fall somewhere in between MERS and SARS.

“There is sufficient evidence to conclude that there is some human-to-human transmission. How much is uncertain at the present time, and of course, that will have a large determining factor on the seriousness of the public health problem,” Schaffner said.

It’s safe to presume that it’s transmitted through respiratory secretions or bodily fluids, which can be passed through something as simple as breathing, talking, coughing and sneezing. Researchers are still working to figure out how transmissible it is. Transmission likely requires close proximity to an infected person — roughly three to six feet — but it’s unknown how long it takes for someone to pass on the virus. It could take mere moments or require prolonged exposure. 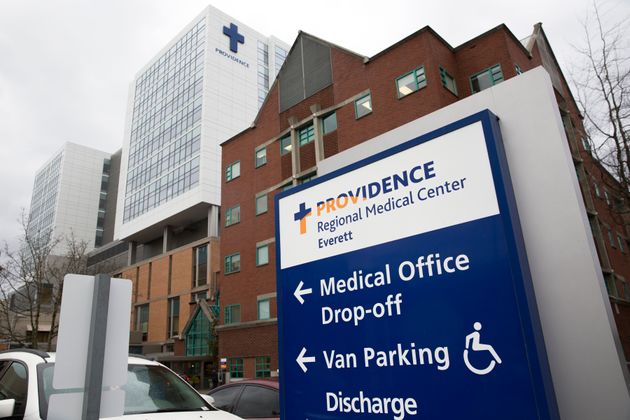 Health officials have work to do

Within a couple weeks of the illness first appearing, Chinese scientists identified the virus and quickly sequenced the genome. That information was immediately shared across the globe to help researchers start developing a rapid diagnostic test along with a vaccine. While there’s no shot for it yet, Schaffner said, “our own NIH [National Institutes of Health] is already starting to work on trying to develop a vaccine should it become necessary.”

Researchers are also hustling to learn more about the virus, including who gets sick, whether it’s more prevalent in people with underlying illness, how vulnerable children are, and more. They’re also uncovering the epidemiology by identifying the animal source, how widespread the infection is in China, and how readily it spreads between people.

An outbreak in the U.S. is unlikely

We know at least one person in the U.S. is affected by the virus. Does that mean there’s a chance it’ll become more widespread?

“It’s hard to say, but we do not anticipate major outbreaks,” Schaffner said.

It’s likely a handful of people will get it, perhaps those traveling to and from Wuhan, and there may be a little bit of spread, he added. But, looking at the big picture, the flu will be much more of an issue than this virus.

“I can assure you, influenza is going to cause many more thousands of hospitalizations and many thousands more deaths this winter season than any new coronavirus,” Schaffner said.

Locally, doctors are screening people with fevers and asking if they’ve traveled to China or been in contact with someone who has. If there’s a risk, patients are quickly isolated, tested and treated safely and appropriately.

Here’s how to protect yourself

The best way to ward off any virus like this is to wash your hands frequently. You should also avoid people coughing and sneezing, get your flu shot (it’ll help you stay strong if you’re exposed to the flu), and sanitize a public surface you’ll be using for a few hours, like an airplane tray table or your desk.

If you’re traveling to China, Schaffner advises against visiting a live-animal market. Avoid contact with live animals on farms in rural areas and don’t eat meat sourced from strange animals — “because somewhere out there, there’s a source,” he said.

If you suspect you’re sick and are at risk of contracting the virus, go to the emergency room. Be sure to call ahead of time so it can prepare and take necessary safety measures.

As previously mentioned, there’s no vaccine yet and there are also no anti-virals or specific treatments for those who contract coronavirus. However, those with the illness will be treated with supportive care and symptom management, which both the US and China are extremely skilled at administering. In fact, many people who’ve had this infection have successfully recovered and returned home.

Lastly, don’t panic. Health officials and providers are doing everything they can to keep this contained.

“[People] ought to be reassured we are all on the ball here and we’re looking at this very carefully,” Schaffner said.