The European Union's drug regulatory agency said Tuesday that it found a "possible link" between Johnson & Johnson's COVID-19 vaccine and extremely rare blood clots and that a warning should be added to the label. But experts at the agency reiterated that the vaccine's benefits outweigh the risks.

The European Medicines Agency made those determinations after a very small number of blood clot cases in people who had gotten the vaccine were reported in the United States. The agency said a warning about the blood clots should be added to labels for the Johnson & Johnson's vaccine and that these rare blood disorders should be considered "very rare side effects of the vaccine".

The EMA also recommended a label change for the AstraZeneca COVID-19 vaccine after finding a link between it and rare blood clots. In both cases, the agency said the benefits of being immunised against COVID-19 still outweighed the very small risks of recipients developing the unusual clots. 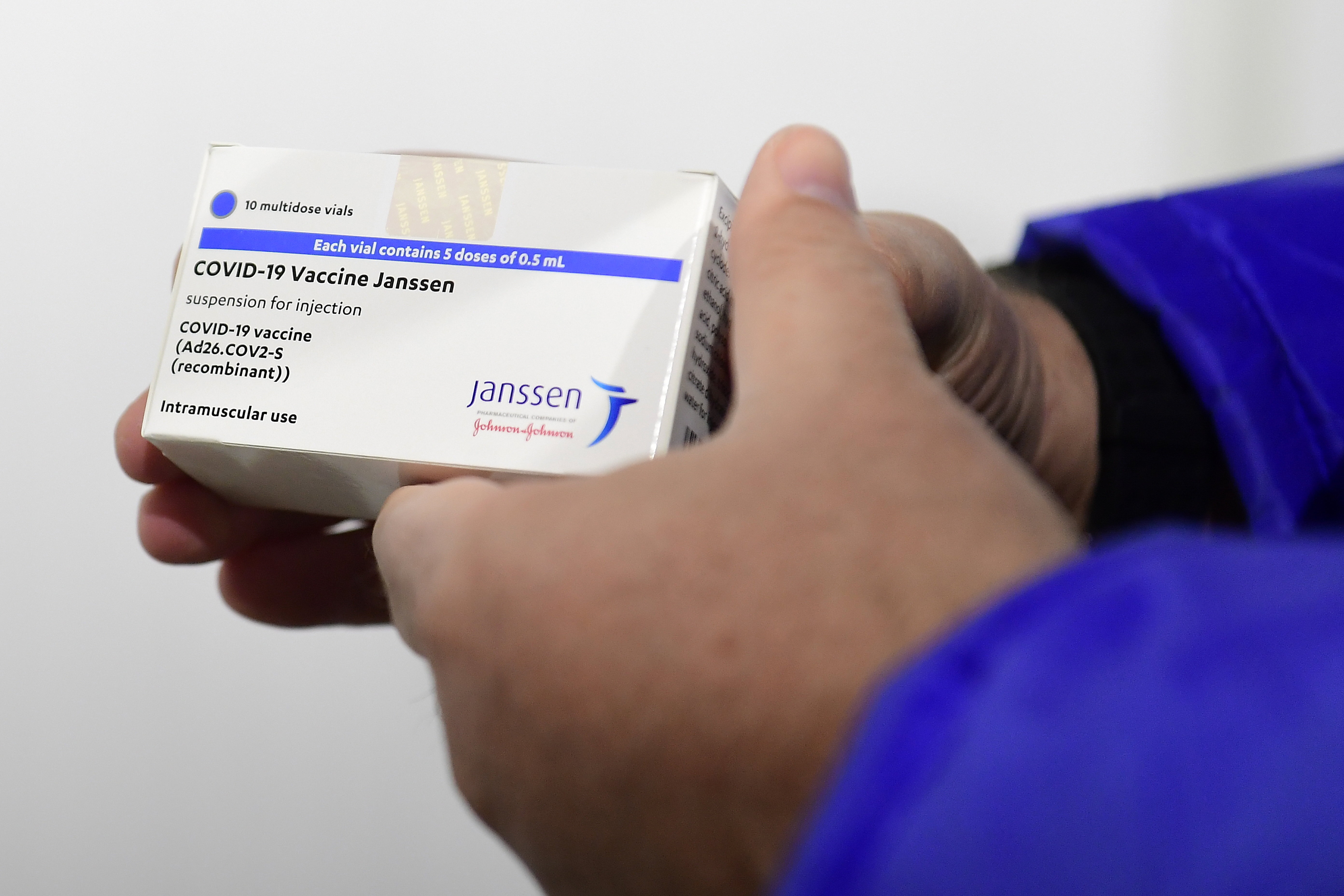 Last week, Johnson & Johnson halted its European roll-out of the vaccine after US officials recommended a pause in the vaccine, when they detected six very rare blood clot cases among nearly 7 million people who had been vaccinated.

European officials said they considered all currently available evidence from the US, which consisted of eight reports of serious cases of rare blood clots associated with low blood platelets, including one death. All of the cases occurred in people under age 60, but the EMA said that it hadn't been able to identify any specific risk factors.

Last week, J&J halted its European rollout of its one-dose vaccine after the US Food and Drug Administration recommended officials pause its use while the rare blood clot cases are examined. Officials identified six cases of the highly unusual blood clots among nearly 7 million people who were immunised with the shot in the US.

Johnson & Johnson advised European governments to store their doses until the EU drug regulator issued guidance on their use; widespread use of the shot in Europe has not yet started. 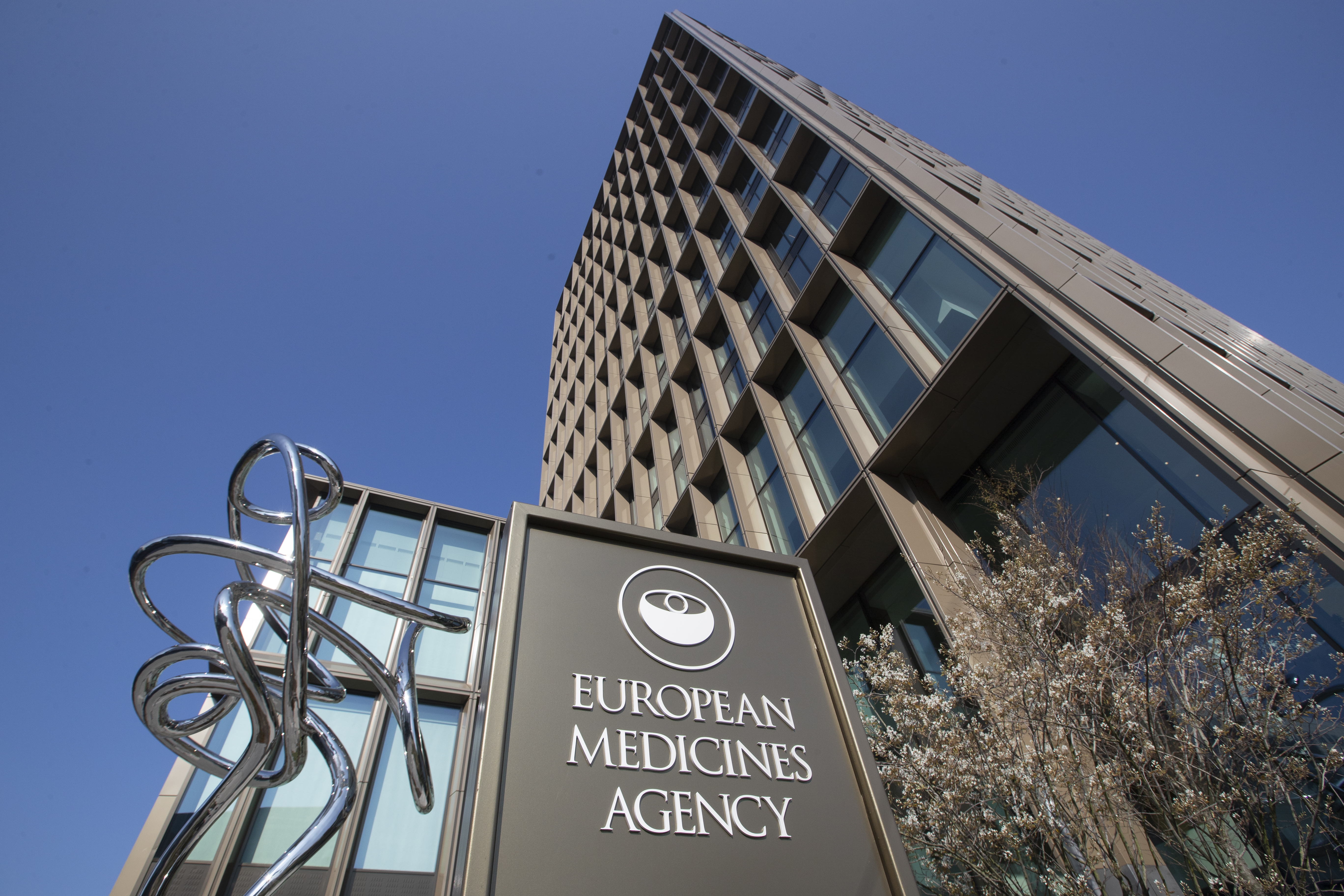 The delay was a further blow to vaccination efforts in the European Union, which have been plagued by supply shortages, logistical problems and concerns over unusual blood clots also in a small number of people who received the AstraZeneca COVID-19 vaccine. Experts worry the temporary halt on J&J's shot could further shake vaccine confidence and complicate worldwide COVID-19 immunisation efforts.

Last week, South Africa suspended its use of the vaccine in the wake of the US. pause, and countries including Italy, Romania, the Netherlands, Denmark and Croatia put their J&J doses into storage.

The blood clots linked to the J&J vaccine are occurring in unusual parts of the body, such as veins that drain blood from the brain. Those patients also have abnormally low levels of blood platelets, a condition normally linked to bleeding, not clotting.

In its statement, the EMA said the cases it reviewed of unusual blood clots in people who received the J&J shot "were very similar to the cases that occurred with the COVID-19 vaccine developed by AstraZeneca."

With the AstraZeneca vaccine, scientists in Norway and Germany have suggested that some people are experiencing an abnormal immune system response, forming antibodies that attack their own platelets. 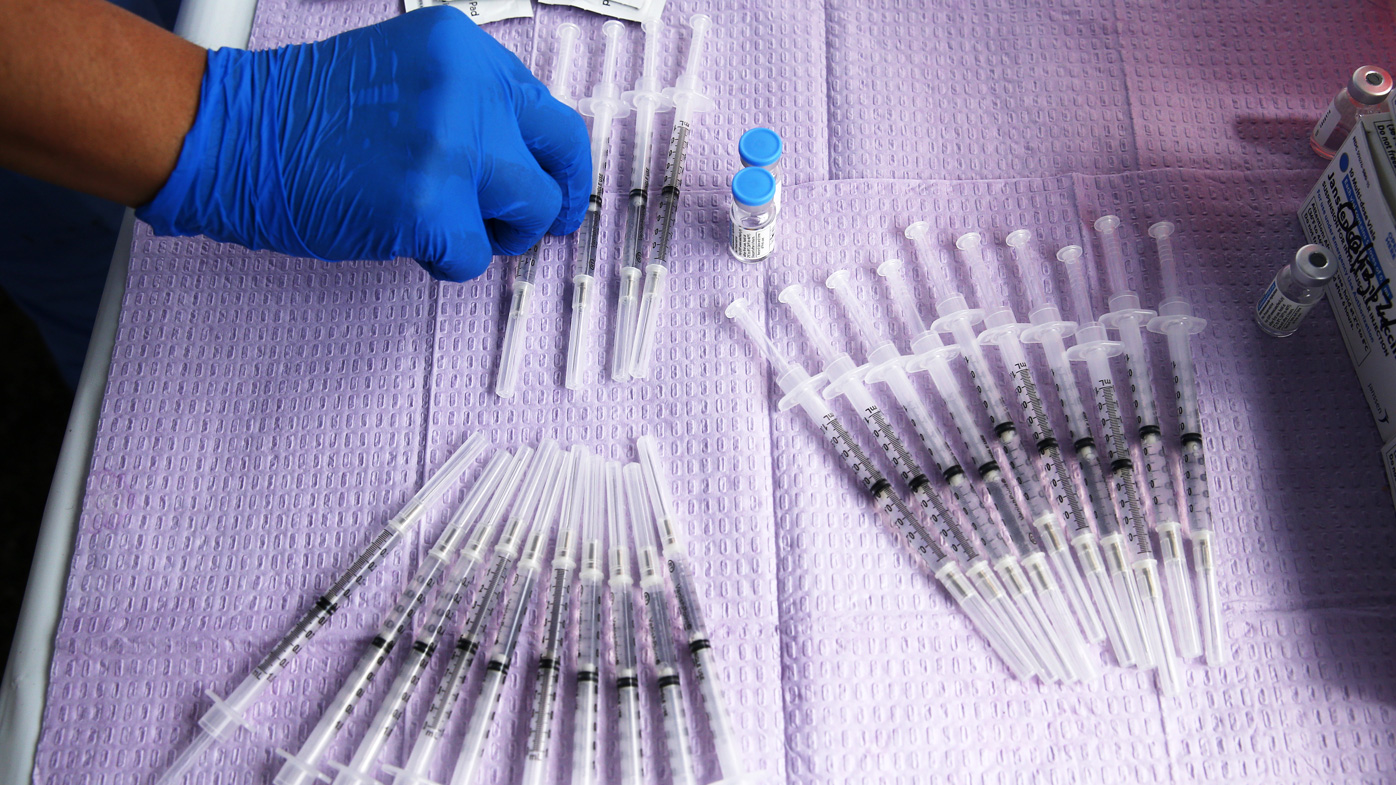 It's not yet clear if there might be a similar mechanism with the Johnson & Johnson vaccine. But both the J&J and AstraZeneca vaccines, as well as a Russian COVID-19 vaccine and one from China, are made with the same technology. They train the immune system to recognise the spike protein that coats the coronavirus. To do that, they use a cold virus, called an adenovirus, to carry the spike gene into the body.

"Suspicion is rising that these rare cases may be triggered by the adenovirus component of the AstraZeneca and J&J vaccines," said Eleanor Riley, a professor of immunology and infectious diseases at the University of Edinburgh. She said that while more data was needed, "it remains the case that for the vast majority of adults in Europe and the USA, the risks associated with contracting COVID-19 far, far outweigh any risk of being vaccinated."

On Monday, World Health Organisation Director-General Tedros Adhanom Ghebreyesus said more than 5 million new coronavirus cases were confirmed worldwide last week, the highest-ever number in a single week. He noted that cases and hospitalisations among younger people were "increasing at an alarming rate." 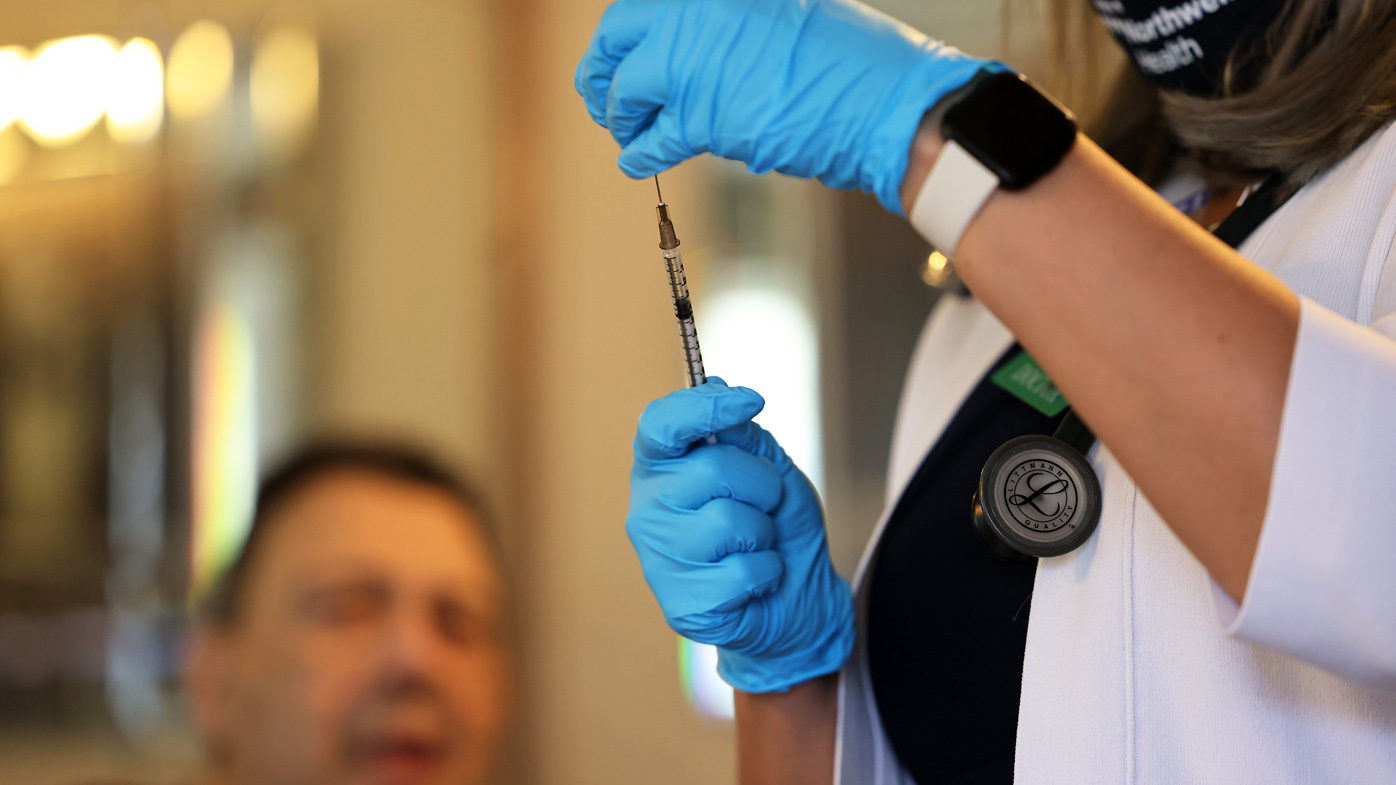 The European Medicines Agency, which regulates drugs used in European Union member nations, said last month there was a "possible link" between the AstraZeneca vaccine and rare blood clots but said the benefits of vaccination far outweighed the risks of COVID-19. It noted the risk is less than the blood clot risk that healthy women face from birth control pills.

The European Union ordered 200 million doses of the Johnson & Johnson for 2021 and EU officials had hoped the one-shot vaccine could be used both to boost the continent's lagging vaccination rates and to protect hard-to-reach populations, like migrant workers and the homeless.

Last month, the African Union announced it signed a deal to buy up to 400 million doses of the J&J vaccine. Johnson & Johnson also has a deal to supply up to 500 million doses to the UN-backed COVAX initiative that helps get vaccines to the world's poor. 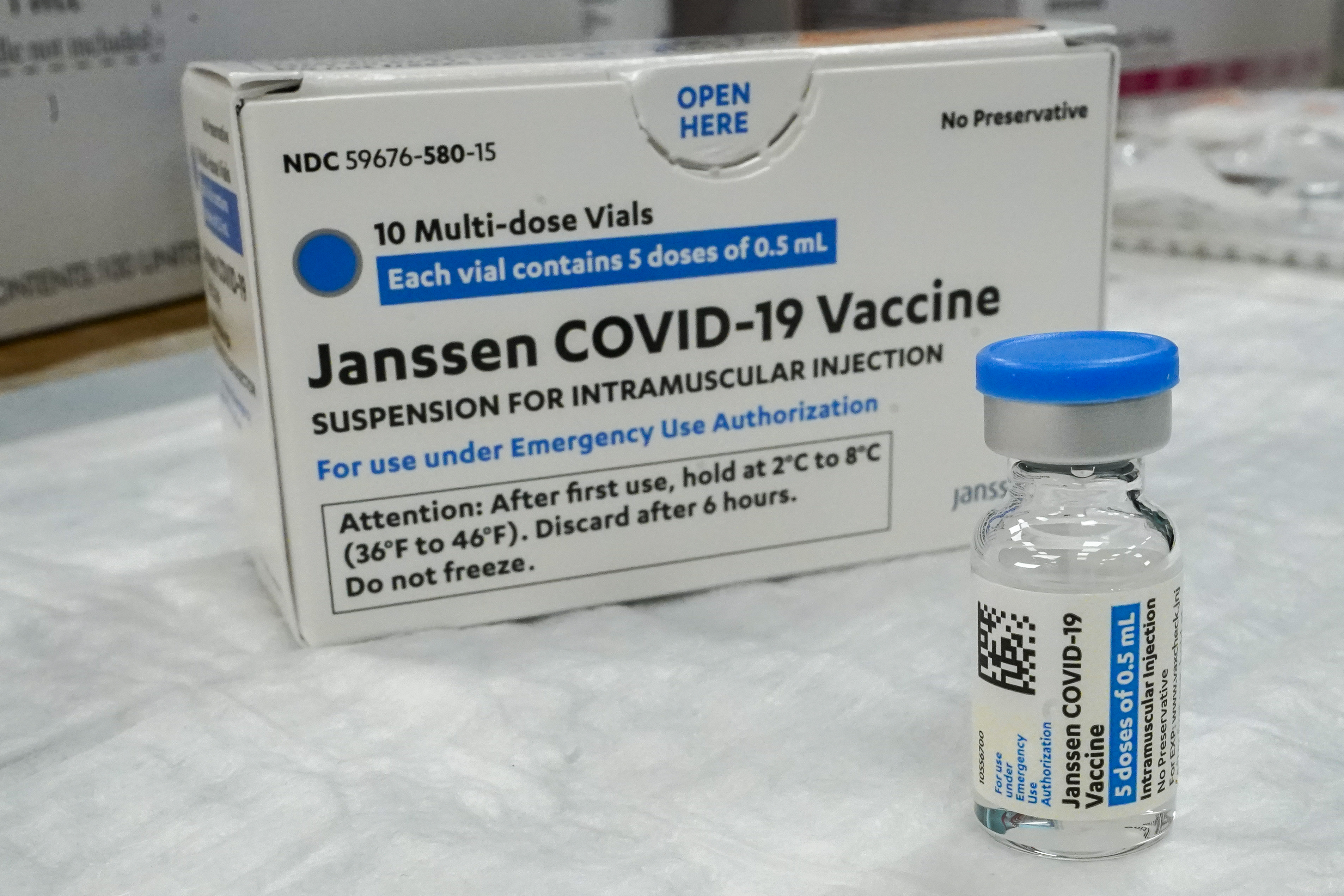 Any concerns about the J&J vaccine would be another unwelcome complication for COVAX and for the billions of people in developing countries depending on the program. COVAX recently was hit by supply issues after its biggest supplier, the Serum Institute of India, announced it would delay exports of the AstraZeneca vaccine for several months due to a surge of cases on the subcontinent.