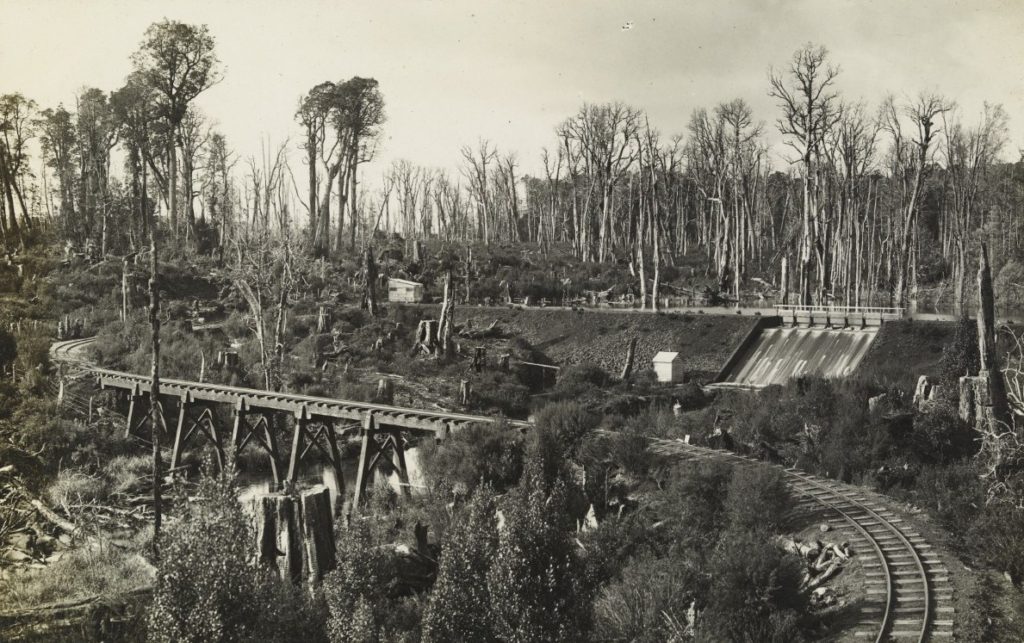 I have previously referenced the efforts by the Friends of the Waratah Reservoir to have that unique facility entered into the Tasmanian Heritage Register, with a high degree of miscreant behaviour by TasWater and the Heritage Council in evidence. https://tasmaniantimes.com/2020/06/ceo-of-gbe-has-phd-in-ohs/ And now there is even more miscreant behaviour and potential corruption being evidenced by the […]

I have previously referenced the efforts by the Friends of the Waratah Reservoir to have that unique facility entered into the Tasmanian Heritage Register, with a high degree of miscreant behaviour by TasWater and the Heritage Council in evidence.

And now there is even more miscreant behaviour and potential corruption being evidenced by the Attorney General.

In a response to a query from a concerned resident, the AG has responded in this fashion…

I can confirm that the Waratah Dam has never been entered into the Tasmanian Heritage Register. The dam was originally constructed as part of the Mount Bischoff Mine hydro electrical power generation scheme, however the dam was severely damaged during a collapse in 1975 and was subsequently reconstructed to an amended design.

An entry for the Mount Bischoff Water System and Power Station was permanently listed to the Heritage Register on 3 June 2015. However, the Waratah Dam was excluded from the entry as it was considered to have little remaining historic fabric having been almost completely reconstructed following the 1975 collapse.

I have been advised the assessment only considered the Waratah Dam’s ability to meet the criteria for entry into the Heritage Register. It did not consider whether the dam may have local heritage values as this is a matter for the Waratah Wynyard Council to determine

READ:  Yes, Viruses Used To Be Named After Places. Here's Why They Aren't Anymore

Let me endeavour to describe the events of 1975 and allow the readers to assess the commentary of “dam severely damaged during a collapse…. little remaining historic fabric having been almost completely reconstructed.”

As advised by locals present at the time, the dam did NOT collapse despite very significant rainfall. The wooden rungs on the original spillway gave way and resulted in severe flooding in the township. 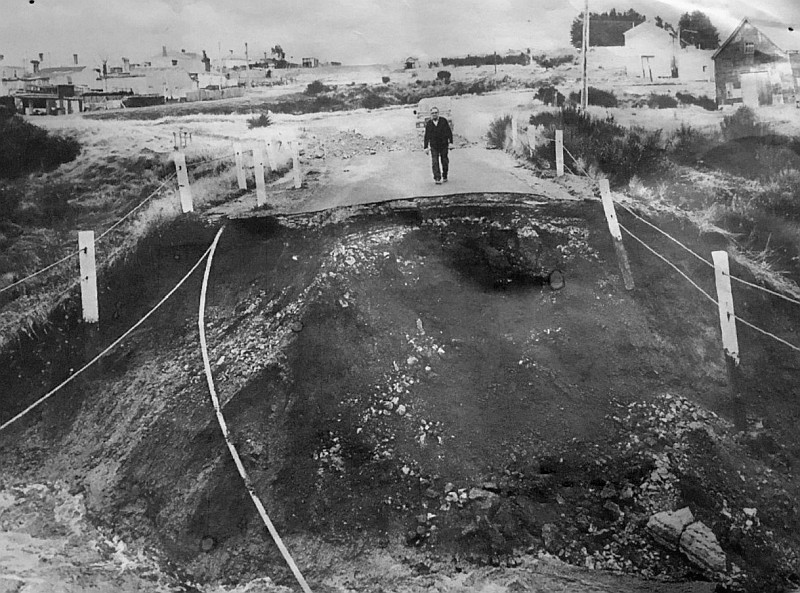 The dam wall, built in 1880, was not impacted and remained exactly in place as constructed with repairs completed by Joe Fagan, the Waratah Council and Ringarooma Mining Company free of charge.

The spillway on the northern end of the wall was put in place 1975 and the old southern end timber spillway that had collapsed in 1975 was filled in. The damage to the main street was similarly repaired – see photo.

But wait, now it gets interesting.

After ‘acquisition of the site’, TasWater operations unilaterally lowered the reservoir level by cutting back the wall face, removing the clay protection and laying rock where the old spillway was on the southern end of the wall. Piping occurred and despite dye tracking TasWater could not find where it went.

In August 2017 the original c1900 18 inch gate valve was replaced by TasWater who also significantly and permanently lowered the northern spillway by 1.5 m, and has again recently further lowered and widened the current spillway.

As a result, the Waratah Reservoir is currently a shallow wetland.

The connection to the 150 year history of Waratah via Philosopher Smith, the Mount Bischoff Mine and the old Powerhouse remains, as does the fact that that discovery of tin opened up the west coast mining sector and saved Tasmanian from being annexed to Victoria during the 1870’s depression.

So, who is telling the truth – the locals who KNOW what has happened, or the pawns and influencers in TasWater, and the Attorney General and Heritage Tasmania Offices?

We put it to them that this is bastardry of the highest order.

Reminds me of this classic song by the Eagles – apologies Glenn Frey, Don Felder, et al

Welcome to the EricA Arboretum

Their mind is underhand $$$$ twisted

They got the Mercs, Lambos, and Beemers
They got a lot of pretty, pretty dollars

That they call – they’re not bribes

How they dance in the courtyard
All year round

So I called up the Attorney General
“Please bring me my wine”
She said, “We haven’t had that spirit here since 1969”
And still those voices are calling from far away
Wake you up in the middle of the night
Just to hear them say

What an outstanding site (what a complete farce)
Bring your alibis

Mirrors on the ceiling
The pink champagne on ice
And they said, “We are all just prisoners here of our own device”
And in the Premier’s chambers
They gathered for the handouts

They grab them with their sweaty hands

But they just can’t kill the corruption

Last thing I remember
I was running for the door
I had to find the passage back
To the place I was before
“Relax”, said the Speaker
“We are programmed to receive
You can check out any time you like
But you can never leave”

READ:  No Excuse: Govt must fund casuals, arts and entertainment, after JobKeeper revised down