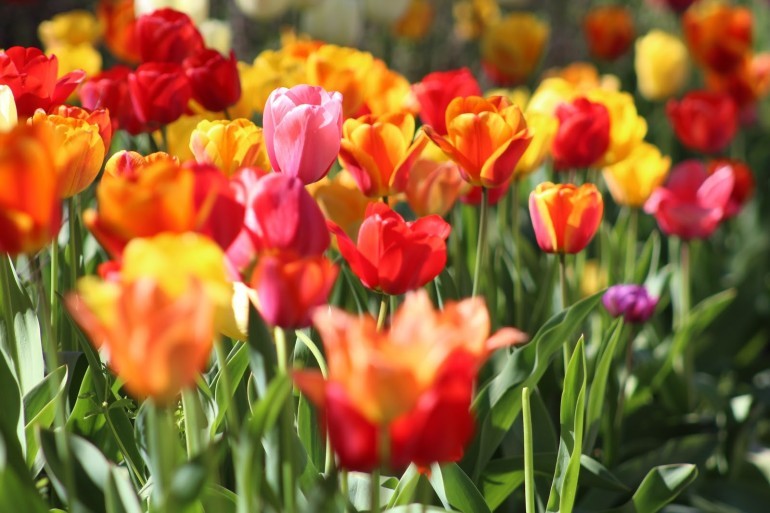 Carbon emissions associated with cut-flower production can be as high as 3kg CO2 per flower. Why not grow your own?

This article is reproduced with kind permission of and thanks to to Tree Nation, a non-profit organisation currently offering more than 50 reforestation projects around the world. Find out more about their valuable work here.

​The environmental impact of the cut-flower industry

The widespread practice of buying fresh flowers to display at home or in the office and has been highly cited to improve mood (Kellogg, 2011). In particular, Valentine’s Day sees a sharp rise in the purchase of fresh flowers. The global flower production industry is worth an estimated €64.5 billion and is typically limited to societies in developed countries with disposable income (Newman, 2019).

While this does provide jobs for thousands of people in developing countries, there is also a significant environmental cost to floriculture. The majority of flowers bought in local florists and supermarkets are imported. The biggest producers of cut-flowers are the Netherlands, Kenya, Colombia and Israel growing widely popular flowers such as roses, orchids and carnations (Bogash et al., 2012).

There is a significant environmental impact associated with the intensive farming of fresh flowers. In some areas, large inputs of energy are required to grow the flowers on the scale required by consumer demand. This is the case for ‘northern’ countries such as The Netherlands and the UK which experience cloud cover throughout the year and so mainly grow flowers in greenhouses. These greenhouses are often heated through the combustion of natural gas and so release large amounts of CO2 (Wainwright et al., 2014). Beyond the production, there is also the carbon cost of transportation of flowers around the world. Although, as with buying local food, an increased distance of travel does not necessarily correlate with increased emissions.

A study from Cranfield University in the UK compared the carbon cost of roses grown in the Netherlands and Kenya and sold in the UK using life cycle analysis. The research revealed that while more carbon was emitted in the transportation of the flowers from Kenya to the UK, there was a much higher carbon cost associated with the production phase of the flowers grown in the Netherlands thanks to intensive farming in greenhouses requiring large energy inputs.

For 12,000 rose stems it was found that those grown in Kenya emit ~2,200 kg CO2 while those grown in the Netherlands emit 35,000 kg CO2, equalling roughly 3 kg CO2 per flower. This translates to a 6-fold difference in carbon emissions compared with the roses grown in Kenya (Williams, 2007). Furthermore, it is estimated that 79% of energy used in the agriculture industry in The Netherlands is used in powering greenhouses for horticulture (Lansink and Bezlepkin, 2003).

There are a multitude of environmental impacts caused by the cut-flower industry beyond carbon emissions. The use of pesticides is also rampant among cut-flower growers. Each different genus of flower attracts different pests and so if a farm produces a wide variety of flowers, the cocktail of pesticides used to maintain a high volume of production likely pollutes the local area causing knock-on environmental issues (Bogash et al., 2012). The excessive use of pesticides and herbicides results in the leaching of these chemicals into the soil and subsequently into the groundwater, polluting it. Eutrophication of the water supply can also occur through excessive fertiliser use, further reducing water quality (Wainwright et al., 2014). 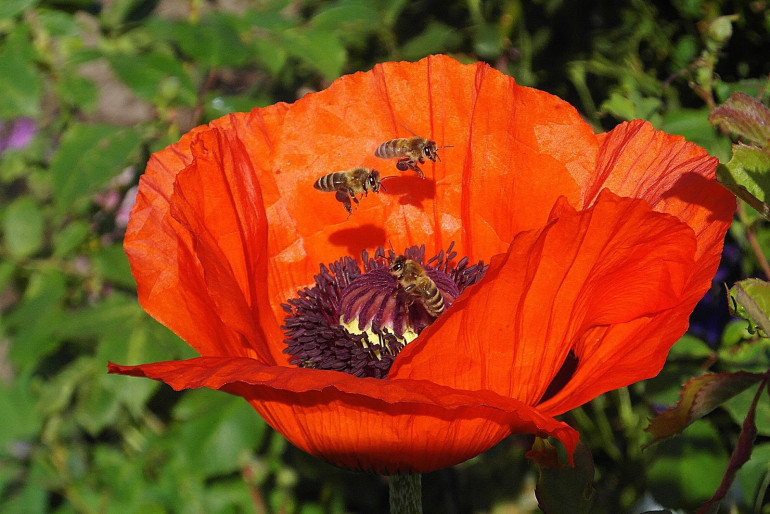 Another issue, and a very alarming one, caused by the widespread use of pesticides is the negative effects they have on pollinators which has led to a sharp decline in such species as honey bees, resin bees and other pollinators. This is widely referred to as the insect apocalypse.

Pollinators role in the food chain is to exchange pollen between flowers, thus promoting both fruit and seed production (Olleton et al., 2011). As a result of this close contact with flowering plants, many pollinators are highly vulnerable to the toxic effects of pesticides and herbicides sprayed on the flowers to increase yield. This effect has been documented as far back as the early 19th Century (Berenbaum, 2016) but only recently has it become widely discussed. The main negative impact of the use of pesticides and herbicides on pollinators is ironically the reduction of the availability of flowering plants, thus reducing a nutritional resource for these insects (Bohnenblust et al., 2016).

As an example of the destructive effect pesticides can have on pollinators, the use of neonicotinoids on flowering Tilia trees resulted in the deaths of approximately 50,000 bumble bees in Oregon in 2013 (Black and Vaughan, 2013). Many nest-forming pollinators can also acquire high pesticide loads through the use of materials such as leaves, flowers and plant resins to build their nests, each a potential source of toxic chemicals (Kopit and Pitts-Singer, 2018).

So, how can you help? It is lovely to have fresh flowers at home, but you do not need to pay an unnecessary environmental cost for this simple pleasure.

Why not grow your own flowers?

That way you will be reducing carbon emissions associated with production and transport of flowers, create a nice atmosphere within your home and create a sense of wellbeing in tending to the flowers while also providing a place of refuge for many bees and insects.

It’s a truly win-win situation. There are many online tutorials and resources for growing your own flowers, and you can even use your kitchen compost as fertiliser, doubling the benefit!

There is not enough time to grow flowers for Valentine’s day this year, but instead you could gift your loved one a tree as part of a reforestation project. While cut-flowers usually just last for a couple of days, a tree will last as long as your relationship. Maybe more…

TLDR : Carbon emissions associated with cut-flower production can be as high as 3kg CO2 per flower. A large proportion of emissions are attributed to heating greenhouses with fossil fuels such as natural gas. Emissions are not the only problem, however, with the use of pesticides, herbicides and fertilisers polluting the groundwater and poisoning pollinators.

Lansink, A. and Bezlepkin, I., 2003. The effect of heating technologies on CO2 and energy efficiency of Dutch greenhouse firms. Journal of Environmental Management, 68(1), 73-82.

Williams, A., 2007. Comparative study of cut roses for the British market produced in Kenya and the Netherlands. Précis report for World Flowers.