A rare opportunity to buy an entire, fully functional village has come up in Vastmanland County, Sweden, just 90 minutes north of Stockholm.

When the world is feeling just too much, imagine how great it would be to start afresh.

If you can pool together US$7 ($10) million with a syndicate of business-savvy friends (and have a few "rainy day" millions in your back pocket), building your own utopia could now become a reality. 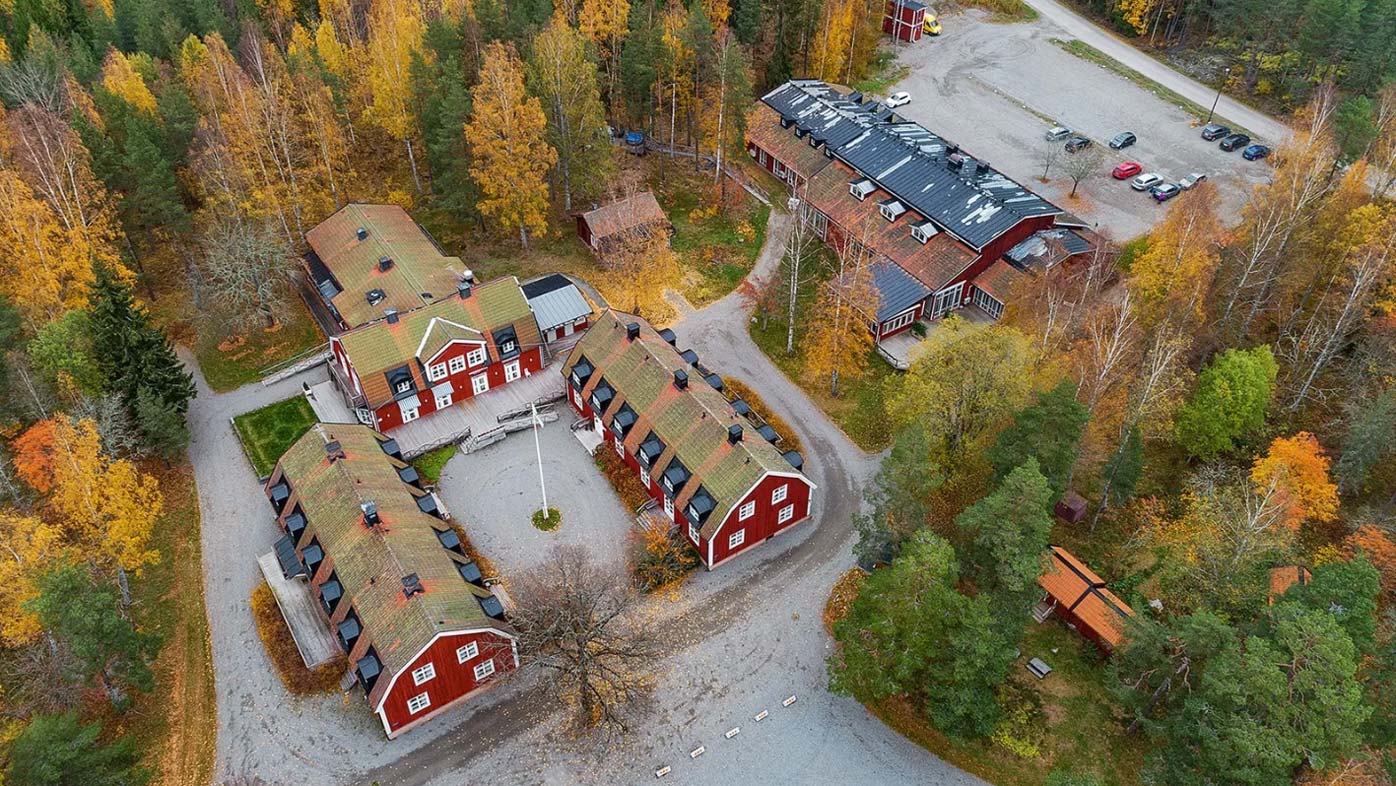 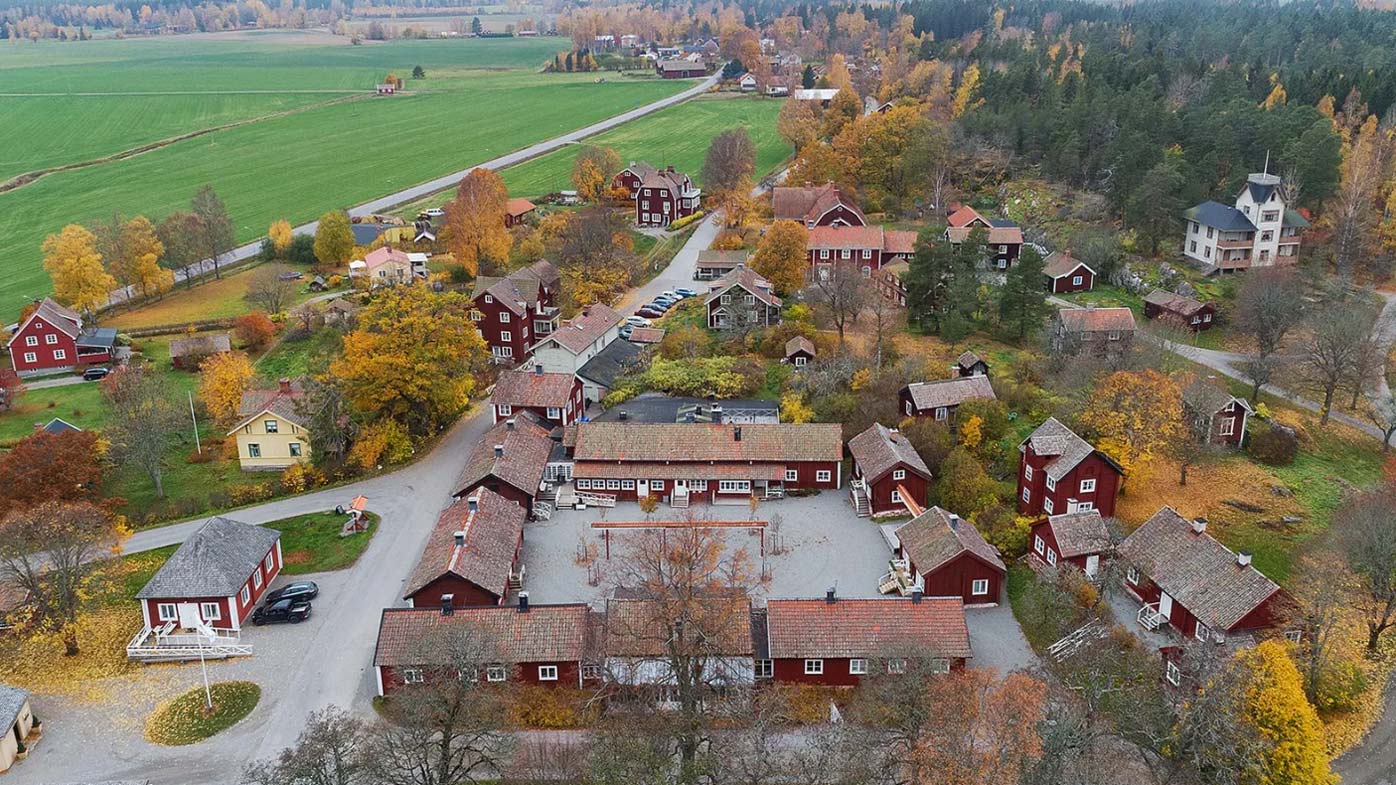 A rare opportunity to buy an entire, fully functional village has come up in Vastmanland County, Sweden, just 90 minutes north of Stockholm.

Built in the 18th century as a health resort, Sätra Brunn is a picture-perfect example of Swedish village architecture, complete with a church, a school and a hotel, and has a bottling operation to market its own local spring water.

In continuous use as a spa town for 320 years, it was bought by its current owners in the early 1990s.

Jonas Martinsson, who is handling the sale for Christie's International Real Estate, says this group of 15 local residents were "happy amateurs with some education and experience, but not a lot. They wanted to buy it and preserve it so it wasn't cut up".

The group have lovingly maintained the 62-acre village of more than 70 buildings for nearly 30 years. They've also built up a program of regular events and celebrations, including an annual Midsummer party which attracts around 6000 visitors,

Now, however, "they're getting up in age a bit and they feel like it's time for someone else to take the lead", Mr Martinsson says. 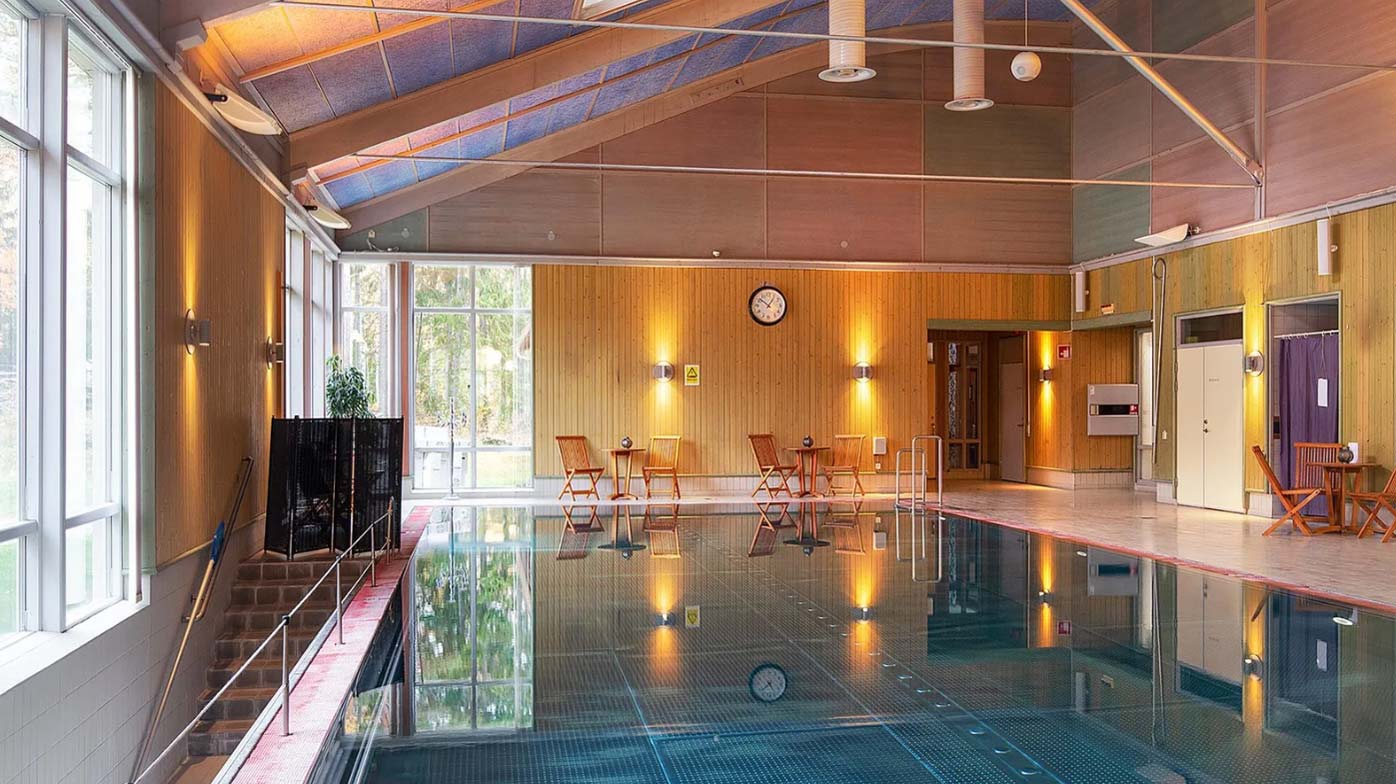 'Take it to the next level'

Aside from the hotel, the deconsecrated church and the pre-school educating 40 local children, there is a conference centre, a restaurant, and a spa with a pool, gym and sauna.

"It's a very complex structure that developed throughout the years," Mr Martinsson explains. It's been centuries in the making and "no one can build this type of village in a couple of years".

Aside from the 62 acres of village proper, the offering includes an additional 84 acres of forested landscape, ripe for development.

The current owners "put in a lot of hours here, but what they did is they preserved the possibility for someone to take it to the next level", Mr Martinsson says.

The coronavirus pandemic has made this a uniquely difficult time for property markets everywhere, so Christie's has extended the window for bids from its original deadline of May 31, 2020, to a more realistic August 16.

There have already been a couple of bids and a huge amount of interest. As for who might take on the challenge, Mr Martinsson says they have a few buyer profiles in mind.

Firstly, there's a traditional developer who wants to take on the existing accommodation and commercial enterprises and then expand and refurbish as they see fit.

The village currently functions as a summer getaway for Scandi travellers and locals and – in a region where winter temperatures can reach minus 10 Celsius or lower – insulation would need to be added to some buildings in order to make it year-round accommodation.

There would be opportunities to get subsidies from Swedish preservation groups to assist in the refurbishment of the historic buildings, Mr Martinssen says, and the forested acres beyond allow the option to add some modern development too. 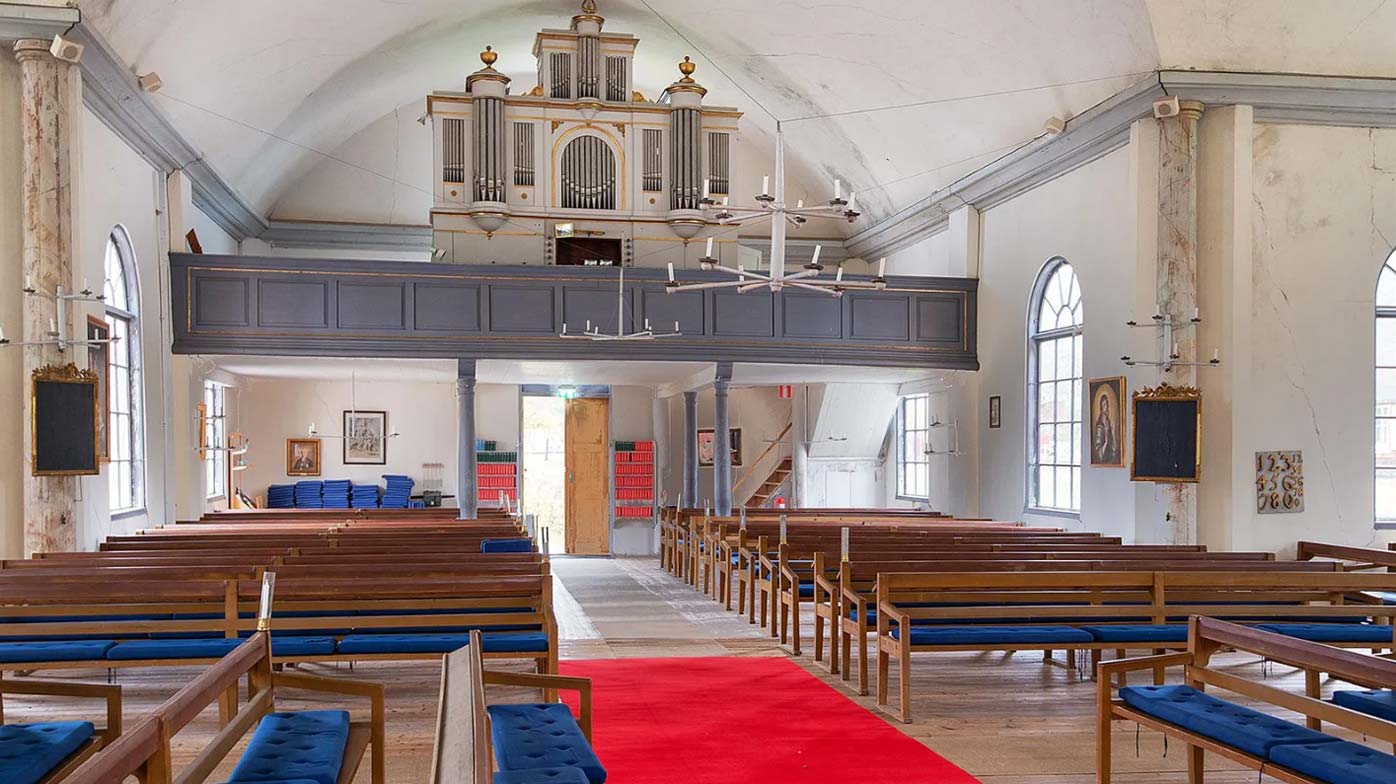 The site would also appeal to groups such as yoga foundations and religious organisations, Mr Martinssen says, looking for a calm and peaceful location to host spiritual and education retreats.

Some countries, he says, also have government-supported companies who are interested in this kind of one-stop-shop destination to market to their citizens looking for vacations abroad.

"They represent the government and they want to buy an area in Europe where then can have national tourism," Mr Martinssen says.

Companies specialising in medical tourism are another buyer profile – the village would make an ideal recuperation spot for those travelling to Sweden for treatment.

And finally there is, of course, the buyer who is drawn here by the spring water, just as the village's founder, Dr Samuel Scragge, was when he built the well and the village around it in 1700.

It's only one of seven springs awarded Sweden's highest purity designation and the bottle operation produces two million units a year.

Globally, property markets and tourism industries face a tough few years ahead. But for the brave buyer or buyers who take on Sätra Brunn, the venture might be worth it.