Thousands of protesters gathered outside Parliament House in Canberra and across the country on Monday to demand equality and justice for women in the workplace and beyond.The over 40 March4Justice demonstrations came a month after former Liberal Party… 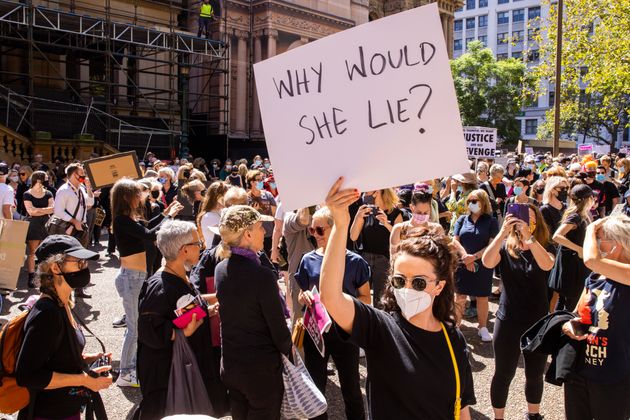 Thousands of protesters gathered outside Parliament House in Canberra and across the country on Monday to demand equality and justice for women in the workplace and beyond.

The over 40 March4Justice demonstrations came a month after former Liberal Party staffer Brittany Higgins’ allegations she was raped by a male colleague in 2019, which have been followed by further accusations from women that Australia’s parliament has a toxic workplace culture.

Speaking at the Canberra protest, Higgins said “it is unfathomable that we are still having to fight this same stale, tired fight”. 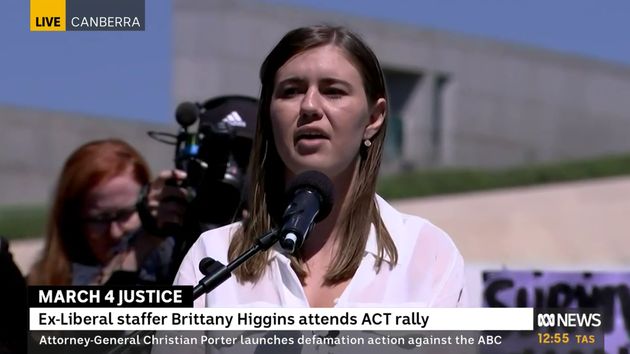 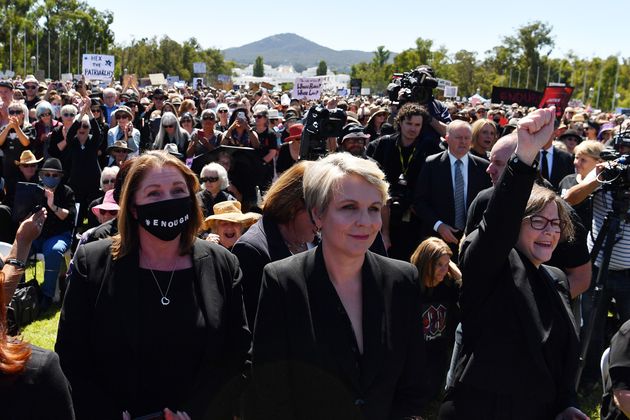 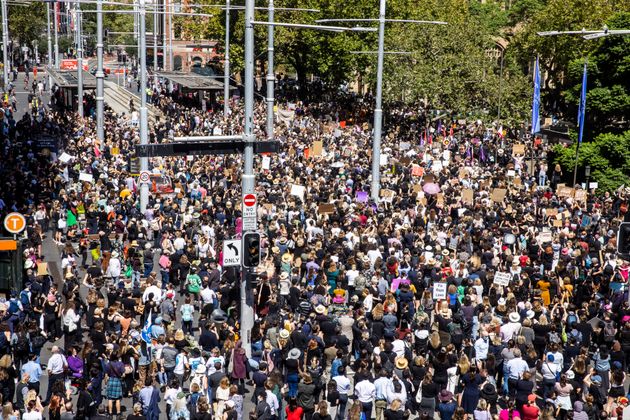 “I speak to you today out of necessity,” she said. “We are all here today not because we want to be here, because we have to be here. We fundamentally recognise the system is broken, the glass ceiling is still in place, and there are significant failings in the power structures within our institution.”

She also said she came forward with her story “to hopefully protect other women”.

“By staying silent, I felt like it would have made me complicit, and if something of this nature had ever happened again, my ongoing silence would have inadvertently said to those people in charge that you can treat people in this way and it’s OK. I want to be clear - it’s not!”

Higgins said that while her case received media attention, it’s “a painful reminder” that such mistreatment of women can occur “anywhere” and therefore she encourages women to “speak up and share your truth”.

“My story was on the front page for the sole reason that it was a painful reminder to women that it can happen in Parliament House, and can truly happen anywhere,” she said. 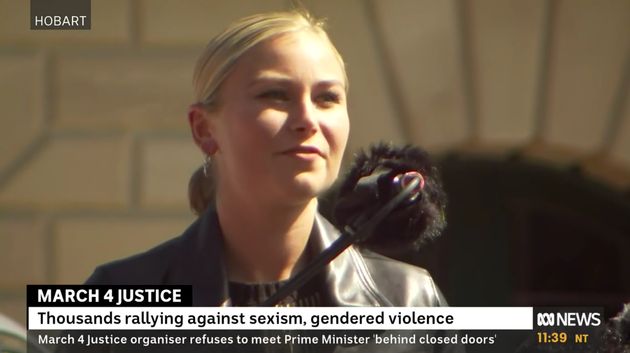 “I was afraid of doing something until a different kind of fear usurped that fear, and that was the fear of doing nothing,” Tame said at the protest.

March4Justice organiser Janine Hendry said she declined an invitation from Prime Minister Scott Morrison for organisers to meet with him privately, saying he should come to them.

WHERE ARE YOU @ScottMorrisonMP? You should be here with humility and respect, honouring the women of Australia. #March4Justicepic.twitter.com/xlu12NmiLK

There are a lot of us in #sydney#march4justicepic.twitter.com/IE7Eu1q0b7

To hell with the patriarchy #March4Justicepic.twitter.com/wYXV2UXoDL

#March4Justice#Adelaide We are here as women, as gender equality activists, as citizens claiming 4 gender equality and justice 4 women and girls. #EnoughIsEnough#VoteThemOut#IMWithHer#PorterOutpic.twitter.com/cSOVfUKnyc

“I have said no, because today around the country tens of thousands of women are going to March for justice,” Hendry told ABC News on Monday,

“This campaign started as a result of the sexual abuse allegations and sexual assaults in our parliamentary offices. Stopping much of that assault has occurred behind closed doors and I think it’s really quite disrespectful to the women whose voices need to be heard to have a meeting with our Prime Minister behind closed doors.”

“I have invited the Prime Minister as I have all other sitting Members of Parliament to come and march with us, to come and listen to our voices. I don’t think it is really a big ask.”

Two petitions demanding action will be delivered to parliament following the protests.

"I am here to represent the voices of tens of thousands of women."#March4Justice organiser @janine_hendry explains why she rejected a closed-door meeting with Prime Minister @ScottMorrisonMP. pic.twitter.com/UPTyctIb1V

The allegations involving people in Morrison’s government are expected to dominate proceedings over the next two weeks, with Morrison also facing a depleted front bench.

Porter and Defence Minister Linda Reynolds - who has been criticised for falling to report the alleged rape by an unidentified former staff member - are both on sick leave.