A town in the state of Western Australia has become home to an influx of unusual new residents: emus.

A town in the state of Western Australia has become home to an influx of unusual new residents: emus.

The big, flightless birds have always lived in the bushland that surrounds the town of Nannup, which has a population of around 1300 people.

But the emus began showing up in the town centre in the middle of last year, and haven't left since, said Tony Dean, president of the town council. 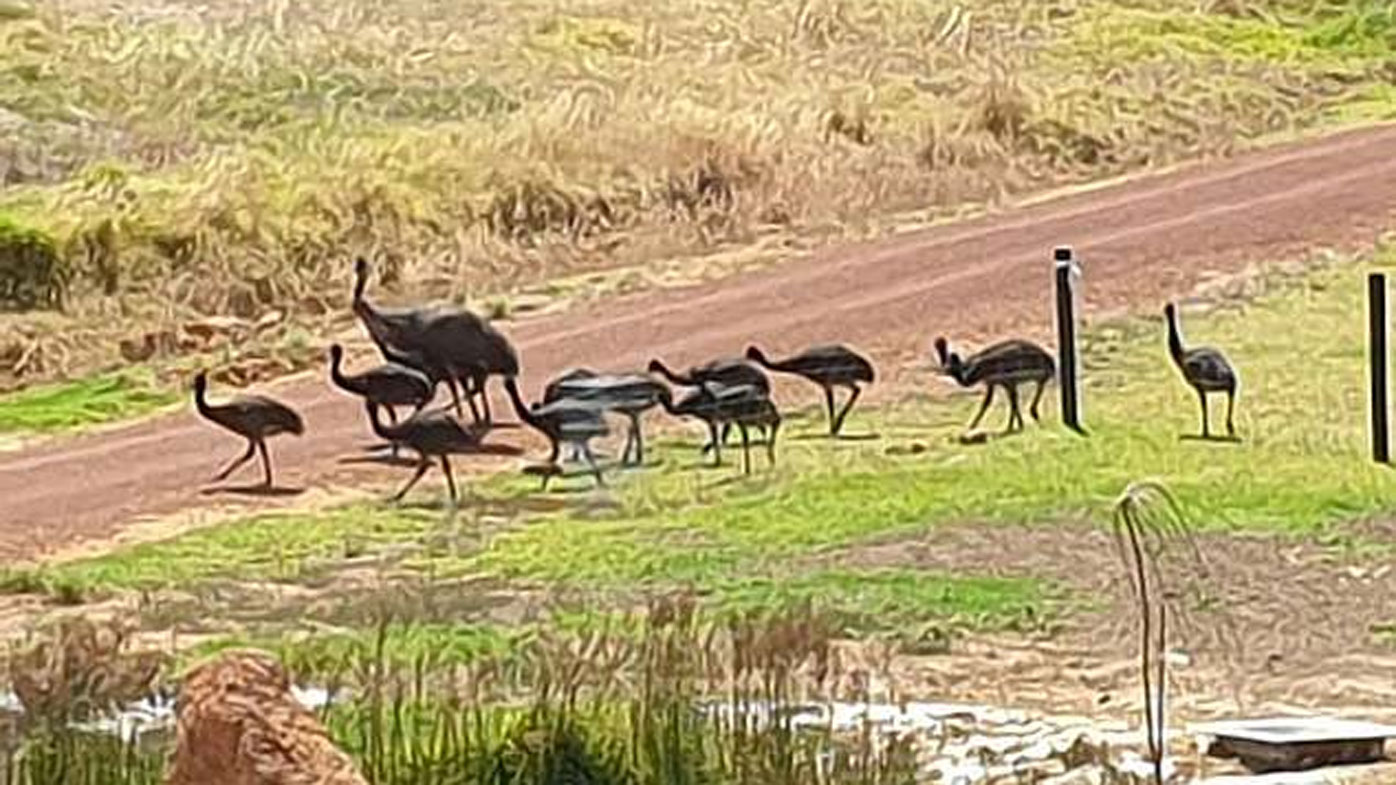 There are about three families of emus roaming the town, a total of 20 to 40 birds, Dean said. The emu parents laid their eggs about eight to nine months ago, and led their chicks -- only a few inches tall at the time -- into the town. Now, the chicks are impossible to miss, standing around 1.8m tall.

The birds leave droppings and feathers everywhere, feast on residents' vegetable gardens, and wander through the main roads and side streets.

Male emus, not the mothers, typically care for their young -- so "now you have big male emus walking around with 20 chicks," Dean said.

It's not clear what brought the emus to town, but Dean suspects the birds knew it provided easy food with few natural predators.

"There's a lot of fruit in season, plums and peaches and apples, and people's vegetable gardens," he said.

The emus have also split the town in two: on one side there are disgruntled residents whose rose bushes and fruit trees have been plucked; on the other side, those who say the emus bring something unique to the town.

In response to complaints, the town council earlier this week suggested a few ways to deter the birds -- like loud noises or spraying them with high-pressure hoses.

The suggestions were met with indignation from some emu defenders, who accused the council of encouraging animal abuse and of encroaching on natural ecosystems.

"How about you and your offspring stand in front of a high-pressure hose?" one person shot back on the council's official Facebook page.

After the backlash, the council took to Facebook on Monday to dismiss rumours of an impending emu cull.

The council had notified the state's wildlife conservation department of the issue, but "the Shire of Nannup at no point has endorsed nor supported any culling of the local emu population," said the statement.

The only action the town will take is putting up signs to inform drivers of the emus.

The birds don't pose a danger to humans, but they could cause traffic accidents.

The town has mills and wineries, which means there are large trucks carrying hundred-ton loads on the roads -- one swerve could lead to a disastrous accident. 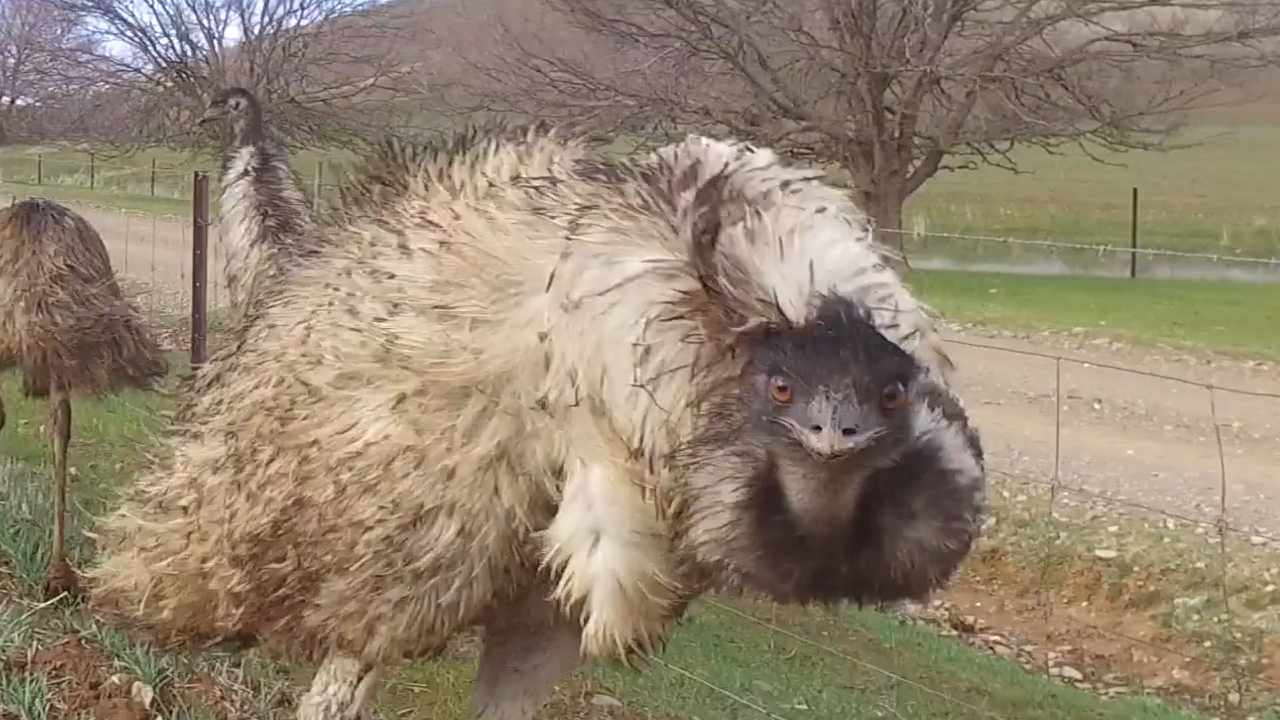 There's no way to know how long the emus will stay or if they will eventually leave at all.

For some of the chicks that were freshly hatched before coming into town, this is the only home they know -- and emus are territorial birds.

Western Australia is no stranger to emu invasions. Just a few hundred kilometres from Nannup is the now-abandoned town of Campion, site of the infamous "Emu War."

In 1932, hundreds of emus were running amok and destroying crops in Campion. Finally, the situation was so dire that the Australian army sent soldiers wielding machine guns into the town. They killed large numbers of emus -- but the birds returned to the town after the campaign ended, leading to widespread jokes that the emus ultimately won the war. 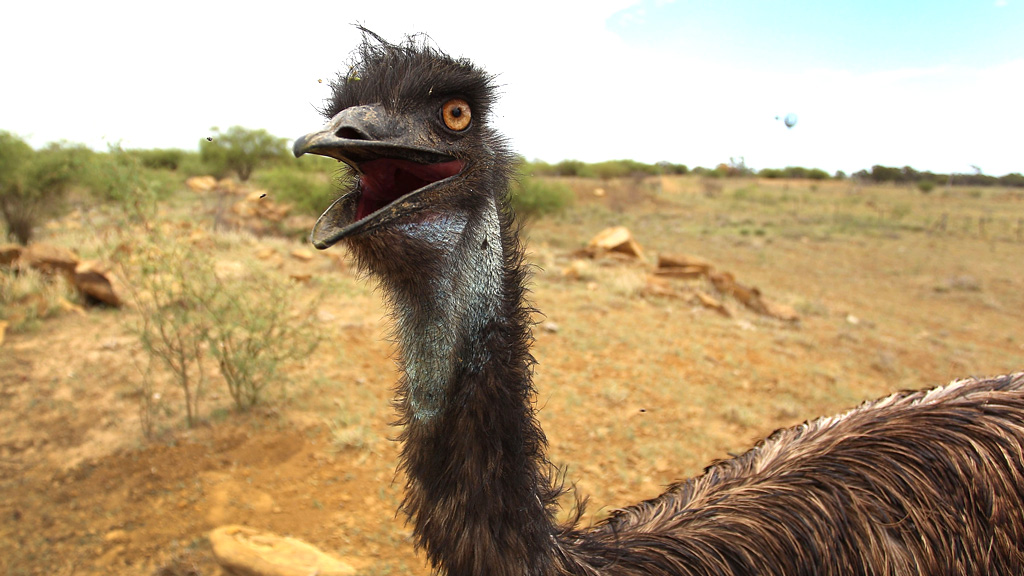