Donald Trump has addressed a smaller-than-expected crowd with criticism of anti-racism protests at a rally meant to reinvigorate his re-election campaign amid US racial unrest and a still-strong coronavirus pandemic.

US President Donald Trump has addressed a smaller-than-expected crowd with criticism of anti-racism protests at a rally meant to reinvigorate his re-election campaign amid US racial unrest and a still-strong coronavirus pandemic.

The president, who revels in large crowds and had predicted his first rally in months would be epic, complained that the media had discouraged attendees from coming and cited bad behaviour from protesters outside but did not specifically acknowledge the fact that many seats in the 19,000-seat arena were empty in Tulsa, Oaklahoma.

Attendees largely did not wear face masks at the rally. 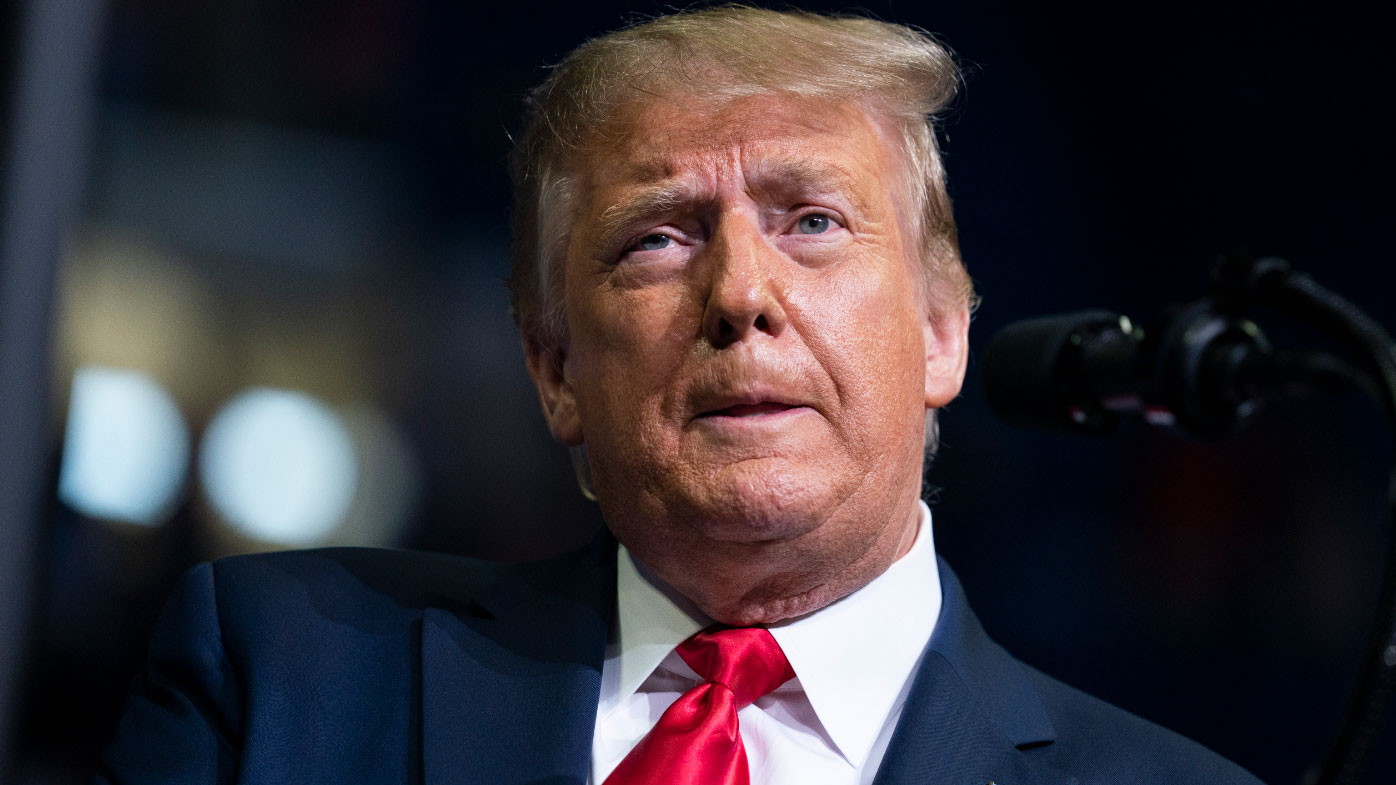 Trump was seeking to bring momentum back to his campaign after coming under fire for his responses to the coronavirus and to the death of George Floyd, a black man who died in the custody of Minneapolis police.

He has brushed aside criticism for his decision to hold his first rally since March 2 in Tulsa, the site of the country's bloodiest outbreaks of racist violence against Black Americans some 100 years ago.

Trump, who has encouraged a militaristic response to the demonstrations nationwide while taking criticism for not showing more empathy for the plight of Black Americans, criticised some of the protests.

"The unhinged left-wing mob is trying to vandalise our history, desecrate our monuments - our beautiful monuments - tear down our statues and punish, cancel and persecute anyone who does not conform to their demands for absolute and total control. We're not conforming," Trump said. 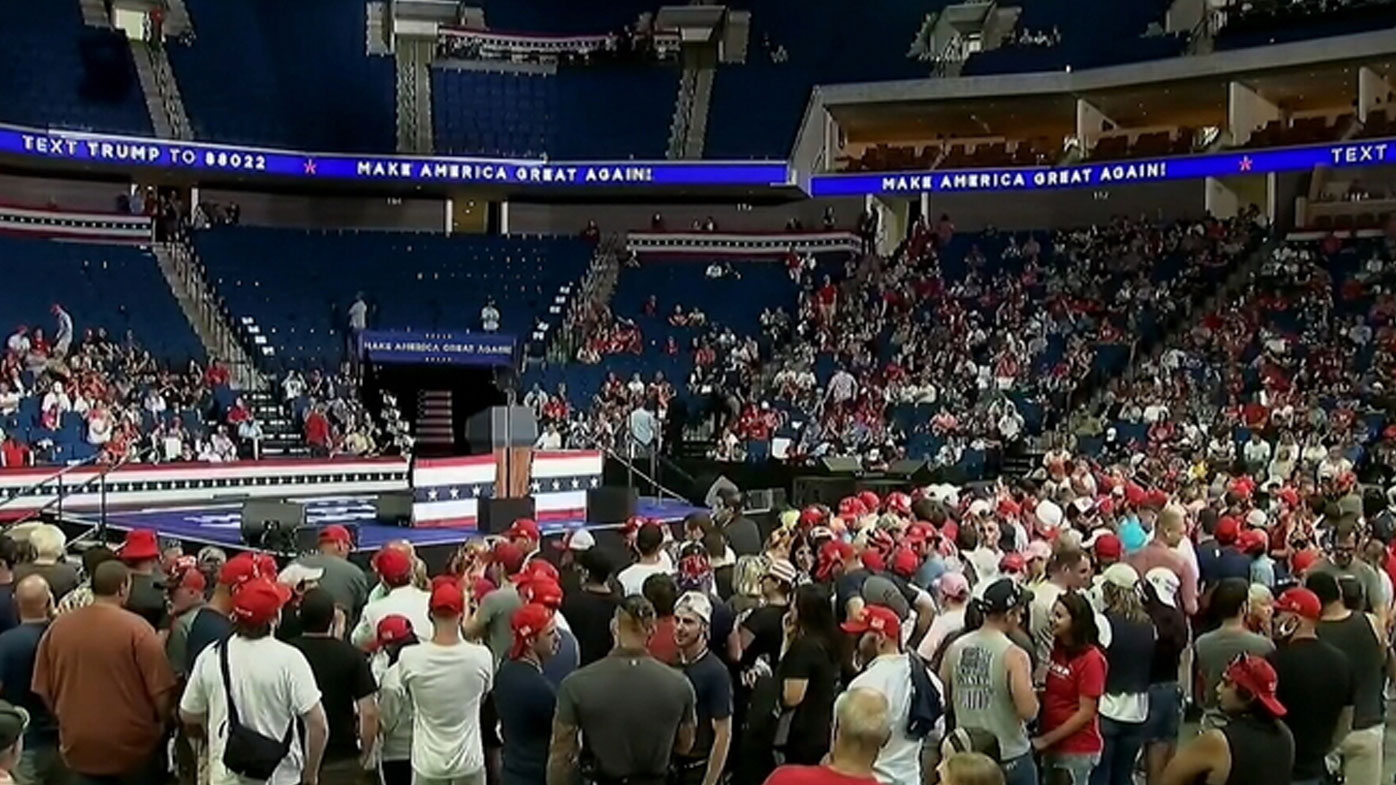 The Republican president is trailing the presumptive Democratic presidential nominee, former Vice President Joe Biden, in polls ahead of the November election.

Biden has hammered Trump for his response to the pandemic.

Trump defended his response, saying that more testing had led to identifying more cases, seemingly to his chagrin.

Hours before the rally, Trump's campaign announced six members of its advance team had tested positive for COVID-19.

Only a handful of attendees wore masks inside the arena.

Oklahoma has reported a surge in new COVID-19 infections in recent days, and the state's department of health warned that attendees face an increased risk of catching the virus.

Trump often feeds off the energy of big groups, something he has not been able to do since the pandemic paused his rallies. 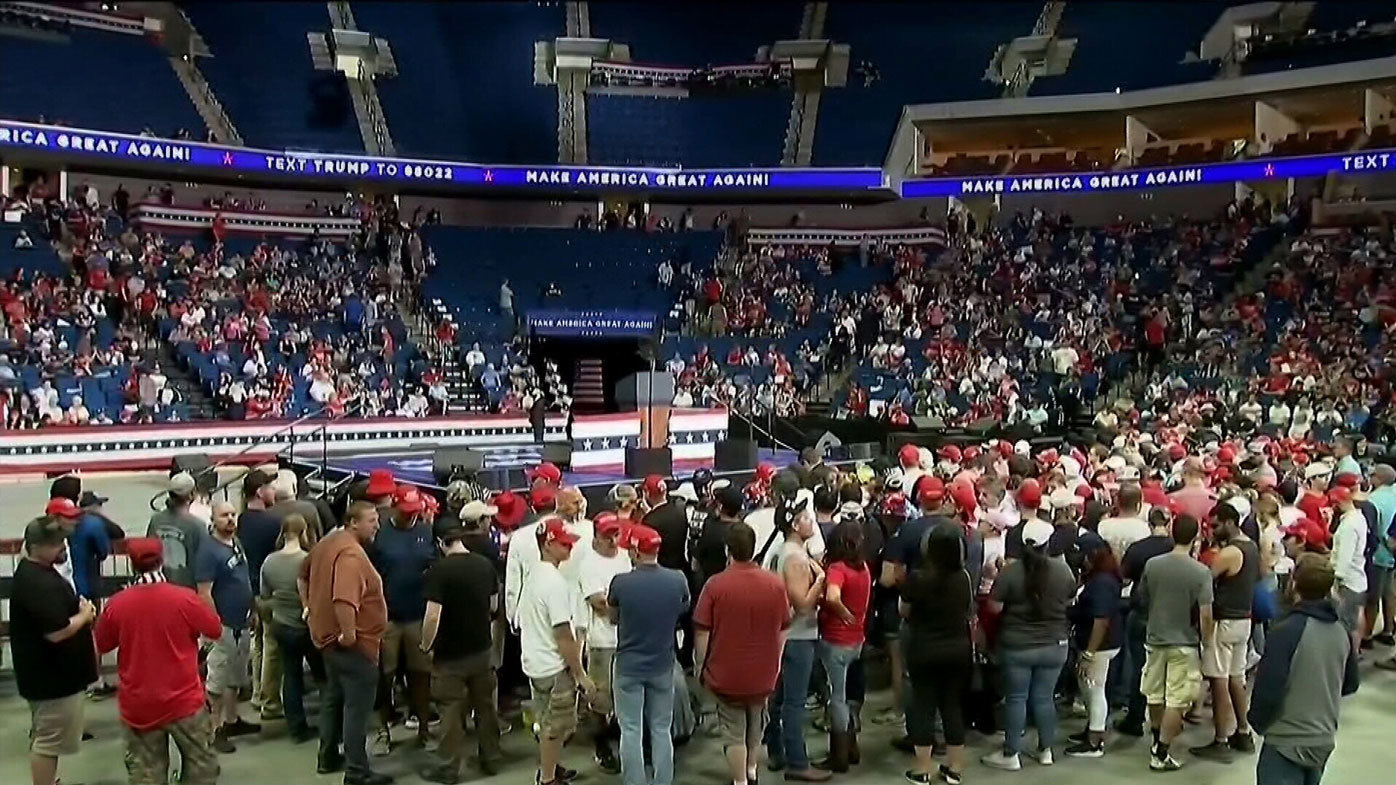 "I've never seen anything like it. You are warriors. Thank you," Trump told the crowd, filled with people wearing red t-shirts, the campaign's signature colour.

Trump campaign officials had said prior to the event that demand far outstripped the capacity of the venue.

There were some scuffles outside the event between Black Lives Matter protesters and Trump supporters.

Tulsa Police reported the arrest of a white woman wearing a T-shirt reading "I can't breathe" from a private event area after she refused to leave.