An astronaut capsule carrying two test dummies splashed down about 32km off the coast of Cape Canaveral in Florida after ejecting itself from a rocket.

The rocket cut off its engines 19km above the ocean on Sunday to mimic a launch failure. 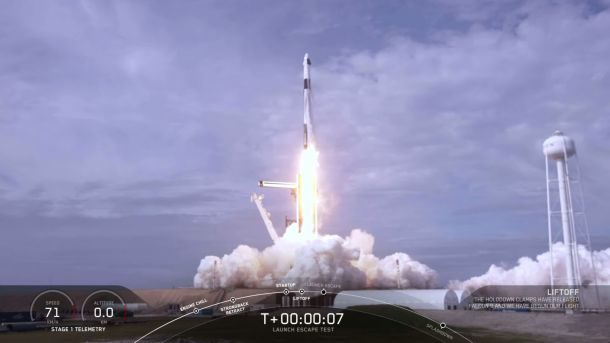 Moments before the launch, Musk described the mission on Twitter as a risky one that was "pushing the envelope in so many ways".

The Crew Dragon capsule, an acorn-shaped pod that can seat seven astronauts, fired thrusters to detach itself from the rocket less than two minutes after lift-off, simulating an emergency abort scenario to prove it can return astronauts to safety.

Each stage of the test prompted loud cheers from SpaceX crew members who were watching the footage from back on land. 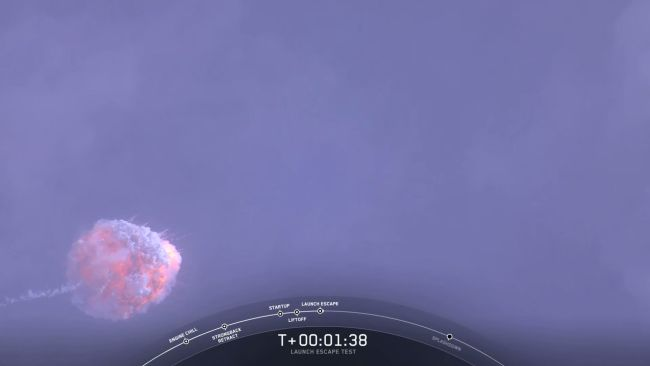 The test is crucial to qualify the capsule to fly humans to the International Space Station, something NASA expects to happen as soon as mid-2020.

During the test the Falcon 9 rocket's boosters shut down in a mock failure that triggered Crew Dragon's so-called SuperDraco thrusters to jet itself away at supersonic speeds of up to 2400km/h.

The capsule deployed four parachutes to slow its descent to the water, and carried two human-shaped test dummies on seats fitted with motion sensors to collect data on the immense g-force - the effect of acceleration on the body - astronauts would be subjected to during the abort.