Three underage students from an elite private school have posted video on social media of them driving through McDonald’s in uniform.

An elite Melbourne private girls' school has been rocked after three underage students posted a video of themselves driving through McDonald's in uniform on social media.

The three girls, from St Catherine's School in Toorak, filmed and uploaded the minute-long video of themselves to TikTok, giving instructions to the unlicensed teen driver amid laughter, yelling and chanting.

But the school has claimed the girls, who are thought to be barely in their teens, were "under the supervision of a family guardian" at the time. 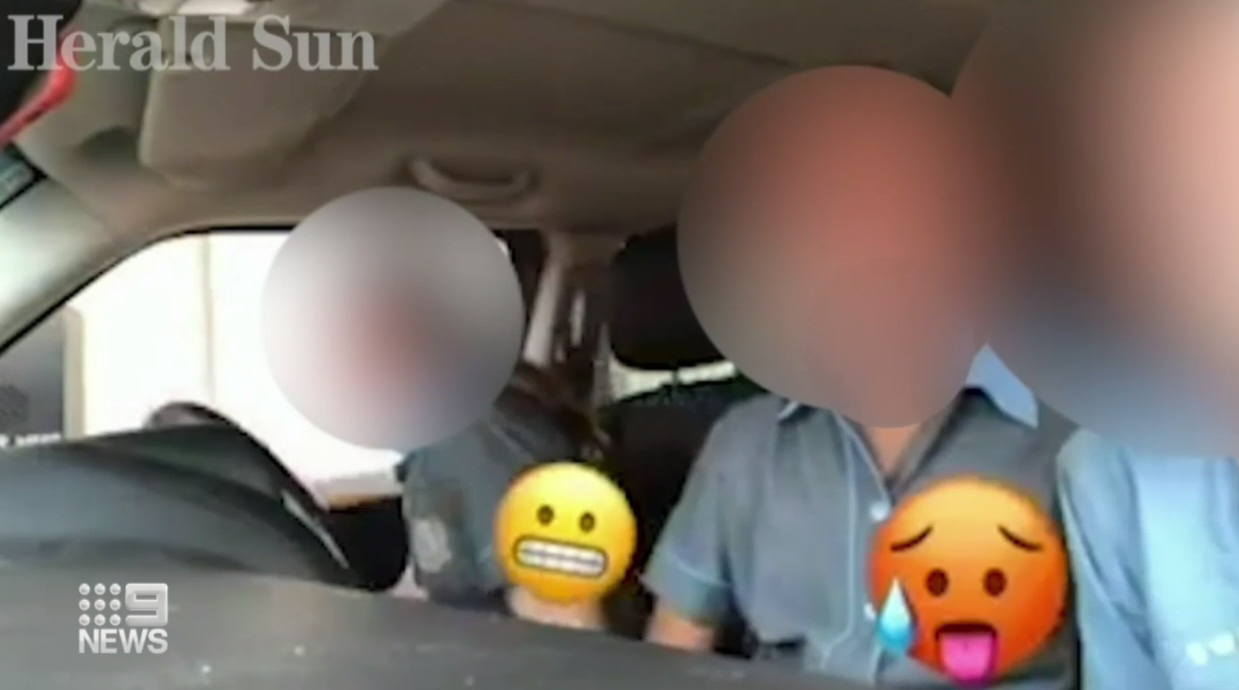 Deputy Principal Robert Marshall said in a statement to 9News the "guardian", who could not be seen in the video, was supervising in the car.

"The school is aware of an isolated incident that occurred outside of school hours involving three students. This incident occurred whilst they were under the supervision of a family guardian," Mr Marshall said.

"As this remains a private matter for the families involved, the school will not comment any further at this time."

The prestigious school carries fees of around $35,000 a year.

The drive-through video shows the teenage driver wearing her school uniform, despite apparent efforts to hide it with emojis.

The passengers are seen putting their hands over their faces in exaggerated displays of fear.

None of the car's occupants appear to be wearing a seat belt.

"I know how to drive. I am not even pressing the pedal because I don't need to," the driver says in the video.

"I don't need to brake yet," the driver responds.

The girls then sing a chant, which has been doing the rounds on social media, once they arrive at the McDonald's drive-through window.

READ:  All Eyes Needed in Battle to Halt Weedy Invader

"Can I get a Big Mac, super serve of fries, why are you staring at me, please go get my apple pies," they sing in chorus.

TikTok, which is owned by Chinese company ByteDance, was fined A$8.5 million by US authorities last year for collecting the data of children under the age of 13.

The platform, among other social media giants, inspired today's launch of a new online safety booklet from Australia's e-Safety Commissioner.

"Companies like TikTok should be building in safety protections at the get-go," she said.

It is not known when the video was filmed, but it has since been deleted from the platform.

Victoria Police said it would not investigate the girl's video without more information.