Electronic monitoring could soon be used across Victoria to keep track of travellers from overseas when the state finally decides to allow international visitors in.

The Andrews Government is reportedly considering using the technology to partially replace the hotel quarantine system, which has been plagued with issues since May.

GPS-enabled electronic wristband tracking devices is being looked at by the Health and Justice departments, to ensure some international travellers were isolating at home, according to The Age. 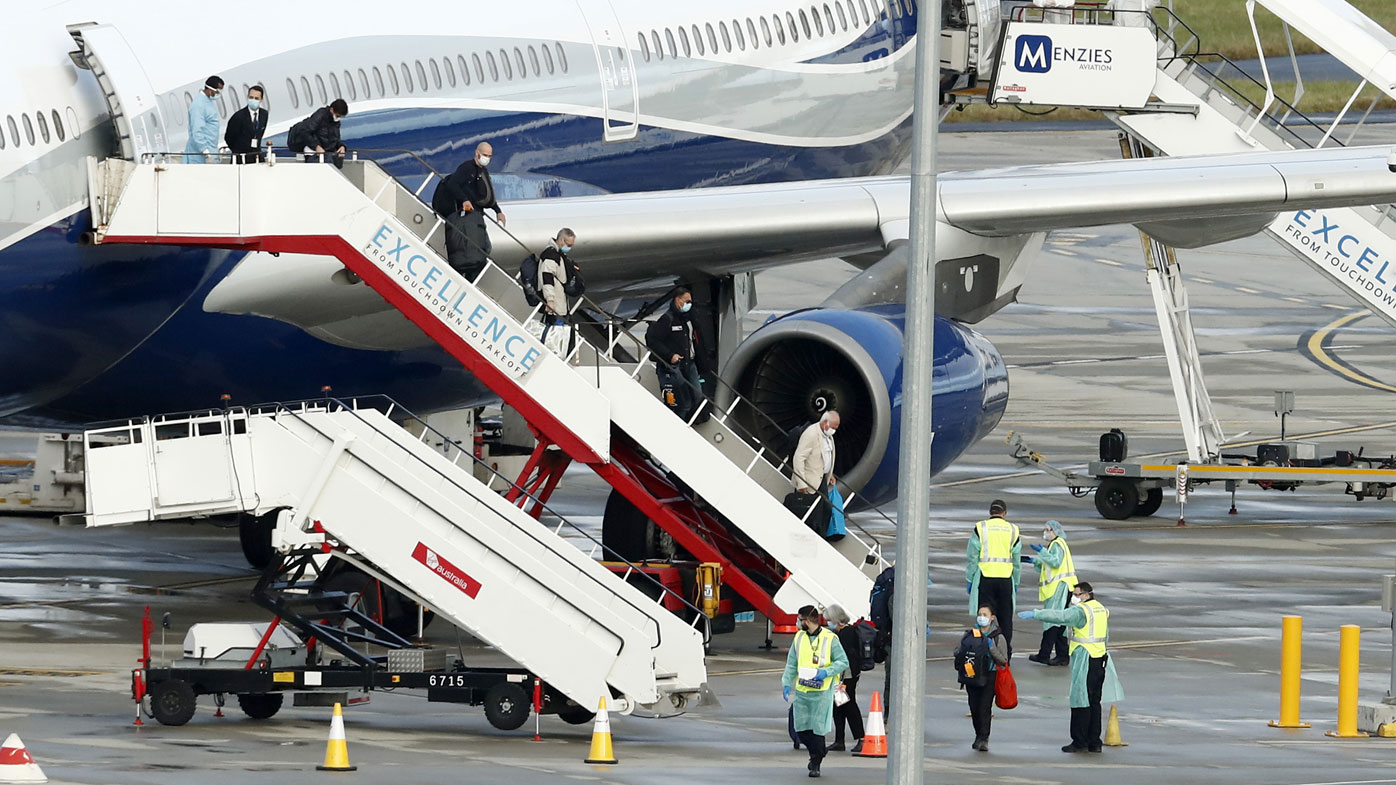 It's understood Premier Daniel Andrews was personally involved in the talks, amid growing pressure for Victoria to begin accepting travellers from overseas, which was stopped in July.

The electronic wristband technology could be used along the hotel quarantine system, which has undergone an overhaul following infection control bungles earlier this year.

It comes amid reports of another health scare from within the hotel quarantine scheme, with more than 240 people to be tested for Hepatitis and HIV after an equipment mix up.

Concerns were raised that blood testing medical utensils intended to be single-use only were re-used multiple times.

"It must be really stressful and worrying for the people who have gone through this, " Shadow Minister for Government Services Bill Shorten told Today.

"I hope that they can get the tests results back as quick as possible.

"This pin-prick test issue is a timely reminder not we only do we have new viruses like COVID to deal with, we have to keep our guard up against the old nasties we know about."

Victoria's hotel quarantine inquiry will hold an "extraordinary sitting" today, according to its official website.

The session, set for 2pm, will focus on new evidence involving the Department of Health and Human Services. There will be no witnesses, simply a statement from the inquiry Chair Jennifer Coate and Counsel Assisting Tony Neal QC.

READ:  Aged care nurse under investigation after working while infected with COVID-19

9News understands the former judge will have some strong words about information that came to light via the media last week.

Chief Health Officer Brett Sutton gave evidence that he was not involved in setting up hotel quarantine and didn't know about use of private security until the Rydge's outbreak in May.

But emails reported by The Age have renewed scrutiny on earlier evidence provided to the inquiry.