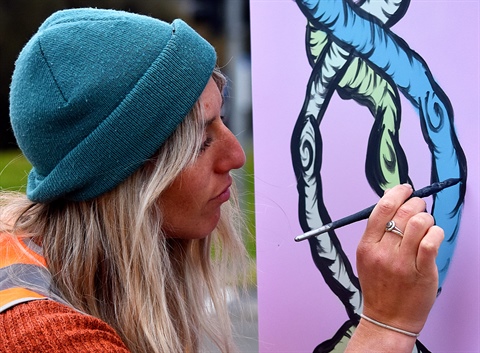 Tasmanian artists are contributing to a new public art project on Launceston’s streets, inspired by the late Australian botanical illustrator Margaret Stones. A group of local artists were invited to study the extensive collection of Stones’ work held at the Queen Victoria Museum and Art Gallery, and to use their interpretations of her work to […]

A group of local artists were invited to study the extensive collection of Stones’ work held at the Queen Victoria Museum and Art Gallery, and to use their interpretations of her work to decorate traffic control boxes across Launceston. Each interpretation is unique, with results varying from realistic works through to colourful abstractions.

As part of stage one of the project earlier this year, 20 boxes were painted at a warehouse and later installed along Wellington, Margaret and Bathurst Streets. Stage two is now underway with some boxes being decorated in situ by artists, while others are wrapped in prefabricated artworks designed by local high school students.

Dubbed ‘Electric Botany’, the trail of boxes will ultimately stretch from the CBD to Mowbray, along Invermay Road and as far as the West Tamar Highway and Prospect.

“What’s great about this project is that it has provided local artists an opportunity to present original works in a public space while paying homage to Margaret Stones, who was an incredibly talented illustrator,” van Zetten said.

“Each artist has brought their own vision to life on these boxes, and the positive feedback we’ve had so far has been really pleasing.”

“Projects like this make a statement about who we are as a city and what we value,” Gibson said. 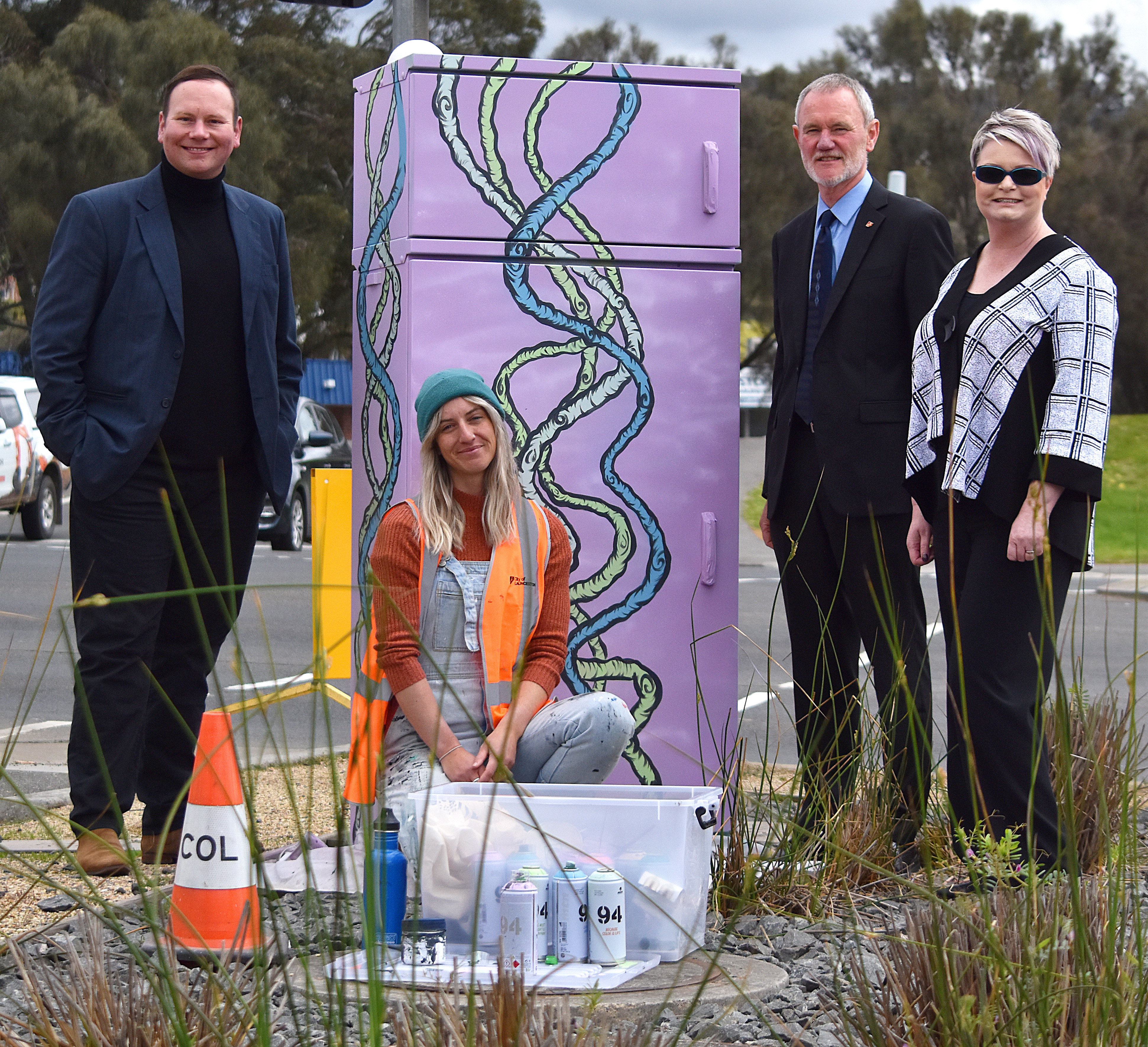 “It’s been great to see how vivid and colourful so many of these designs are, and we’re hoping to see more public art projects like this underway in Launceston in the future.”

“Margaret Stones is widely recognised as one of Australia’s preeminent botany illustrators of the 20th Century and the Queen Victoria Museum and Art Gallery is fortunate to boast an impressive selection her work,” Puklowski said.

“One of the wonderful things about this art project is that it is highlighting Margaret Stones’ legacy to new audiences.

“Her works aren’t simply being filed away on a shelf; they are actively being used to inspire new generations of artists, to impart knowledge and skills, and to splash new colour onto what would otherwise be some pretty drab infrastructure across Launceston.”

People can follow the Electric Botany trail using a printed map available at the Launceston Information Centre, or via the QVMAG website.