Election officials in several states say they are worried about the safety of their staff amid a stream of threats and gatherings of angry protesters outside their doors.

Election officials in several states say they are worried about the safety of their staff amid a stream of threats and gatherings of angry protesters outside their doors, drawn by President Donald Trump's baseless claims of widespread fraud in the race for the White House.

Philadelphia police last night arrested two men armed with guns near a convention centre where vote counting is ongoing in the critical undecided state of Pennsylvania. 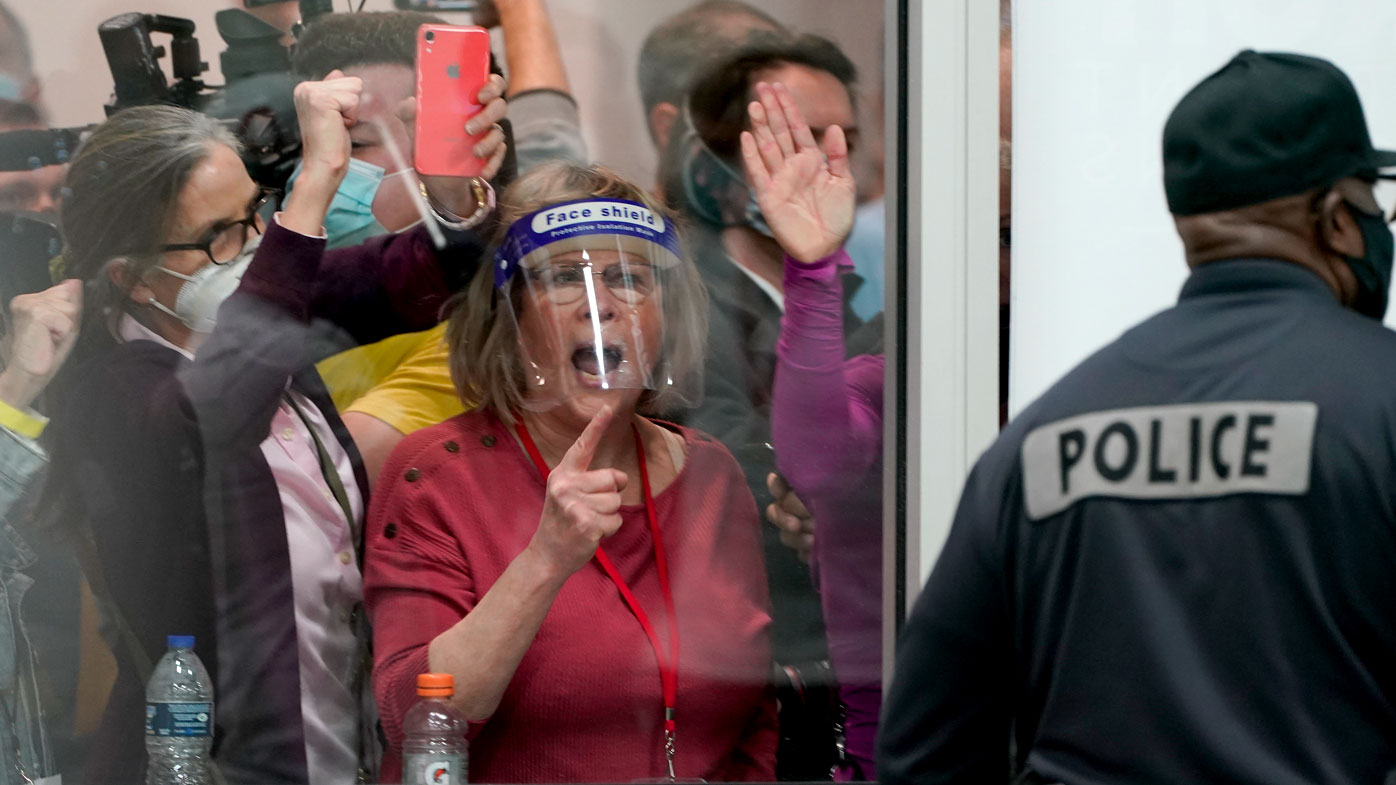 Police said they had received information earlier that individuals armed with firearms were on their way to the convention centre in Philadelphia in a Hummer truck.

Neither man has yet been formally charged and their names have not been released.

Officials are worried across the country.

"I can tell you that my wife and my mother are very concerned for me," said Joe Gloria, the registrar in Clark County, Nevada, which includes Las Vegas. He said his staff was bolstering security and tracking vehicles coming and going from the election offices.

But he added that he and others would not be stopped from "doing what our duty is and counting ballots."

While the protests have not been violent or very large, local officials were distressed by the crowds and concerned about the relentless accusations.

"Asking them to shove sharpies in uncomfortable places is never appropriate & is a sad commentary on the state of our nation," wrote Nessel, a Democrat, referring to a false conspiracy theory that Trump supporters were told to fill out ballots with Sharpie markers instead of regular pens so that their votes wouldn't be counted by the machines.

Arizona Secretary of State Katie Hobbs, speaking on CNN, said her main concern was staff safety but that sheriff's deputies were providing protection. She said the protesters were "causing delay and disruption and preventing those employees from doing their job"

Authorities at the centre used fences to create a "freedom of speech zone" and keep the entrance to the building open. The crowd took turns chanting — "Count the votes!" and "Four more years!" — and complaining through a megaphone about the voting process.

They paused to listen as Trump spoke from the White House, where he repeated many of his groundless assertions of a rigged vote.

They whooped and clapped when the president said, "We're on track to win Arizona." The Associated Press has called Arizona for Biden, other official projections remain undecided on the state.

READ:  Hurricane Sally makes landfall on US coastline in Alabama with 165km/h winds

Tom Haas, 50, who said he was visiting Atlanta from Chicago on business, said he was convinced Trump had won the election. "There's obvious voter fraud, and it's coming out of the larger Democratic-run cities," he said. "Atlanta is one of them."

"Our democracy is under attack," he said, echoing Trump's language. "We're losing America because we're losing a fair election for the nation." 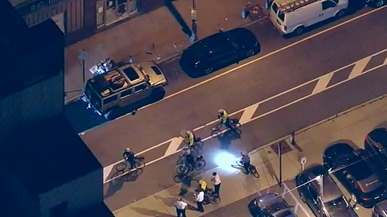 A few dozen Trump supporters gathered outside Detroit's convention centre Thursday morning as election workers counted absentee ballots inside. The protesters held signs that read, "Stop the steal" and "Stop the cheat." In Las Vegas, about 100 backers of the president chanted as they stood along the road in front of the election offices.

Meanwhile, Facebook banned a large group called "Stop the Steal" that Trump supporters were using to organise protests against the vote count. Some members had called for violence, while many falsely claimed Democrats are stealing the election. The group had amassed more than 350,000 members before Facebook took it down.