The woman, known only as Mrs B, was being treated at Hornsby Hospital after suffering dizzy spells and having a fall at home.

An elderly woman with dementia sustained severe injuries during a fall at a Sydney hospital, but her family were not told until five days later.

The woman, known only as Mrs B, was being treated at Hornsby Hospital after suffering dizzy spells and having a fall at home.

The 83-year-old had another fall in hospital, which her family were told about. But a second one saw her knocked unconscious.

Warning: Readers may find some of the images below confronting. 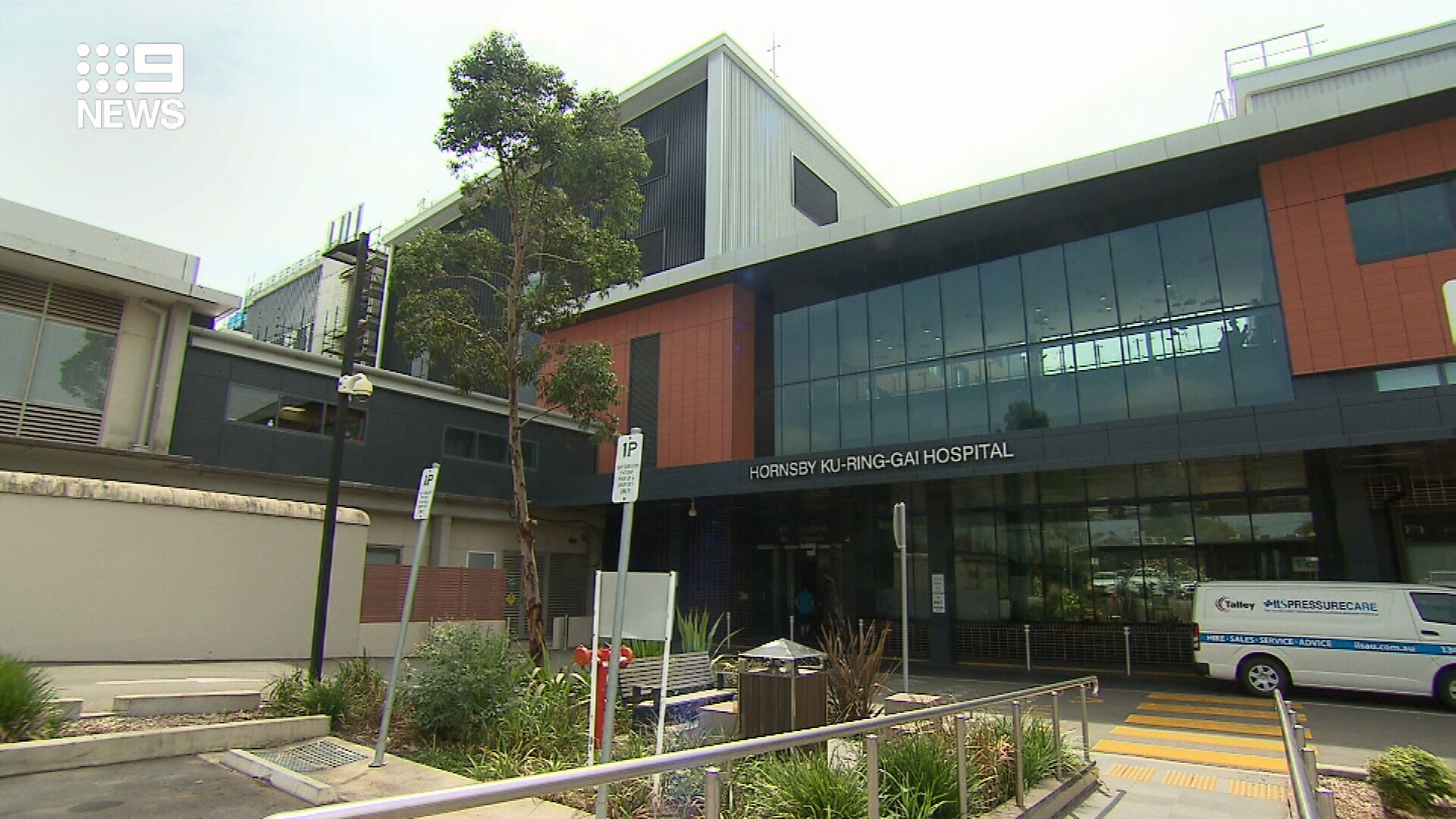 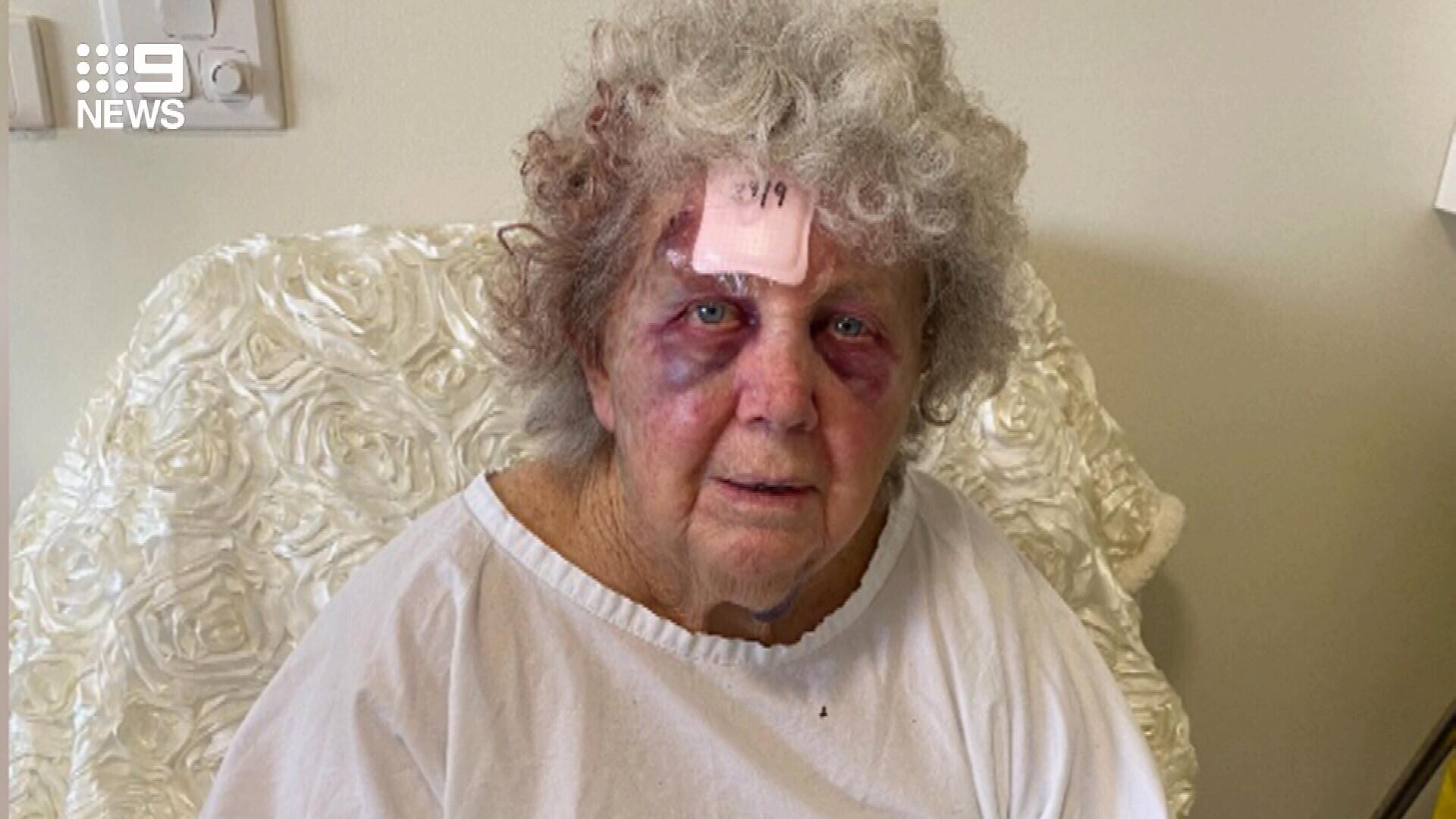 Mrs B was then discharged and transferred to a private respite home in a hospital gown and with blood still congealed in her hair.

When her daughter visited she was covered in bruises with two black eyes.

"It was really overwhelming and heartbreaking. She's my mum, no one wants to see your mum like that, she's elderly, and it was her birthday, her 83rd birthday." 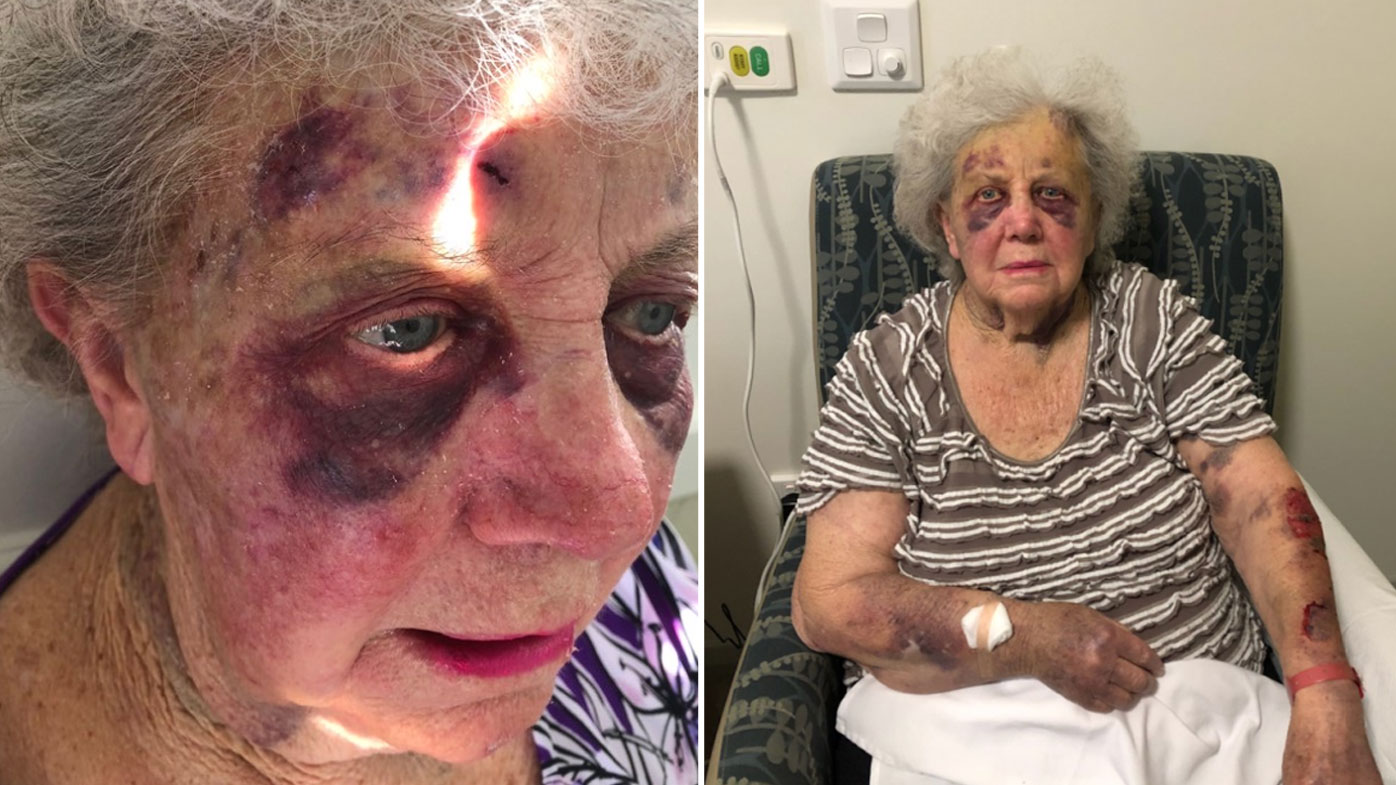 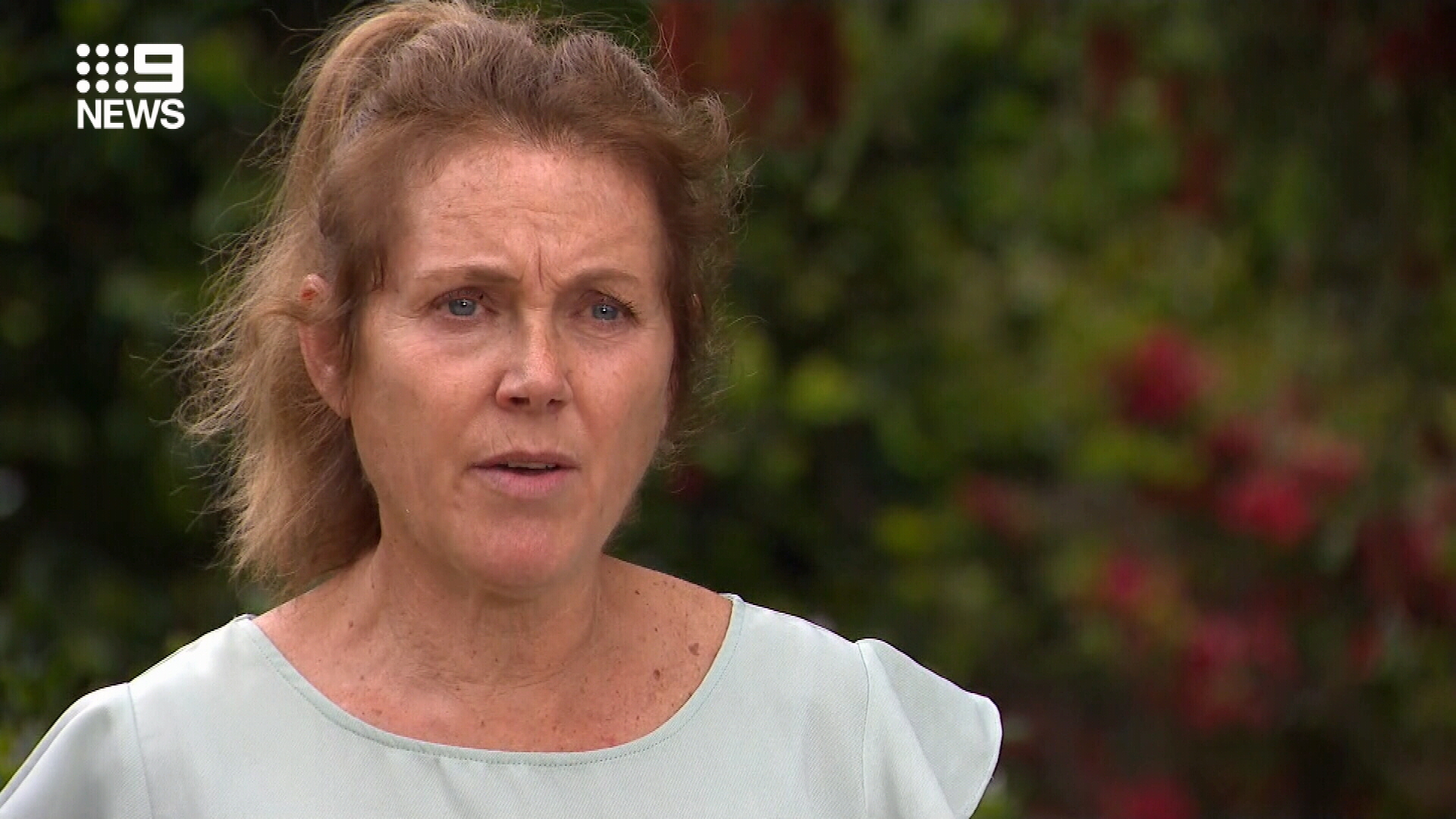 Ms McCarthy said she was "livid", no one at the hospital contacted her or her brother, and she "looked like she'd been nine rounds with Mike Tyson".

"She had no family member there to comfort her.. she would have been in a lot of pain, she wouldn't have known what was going on." 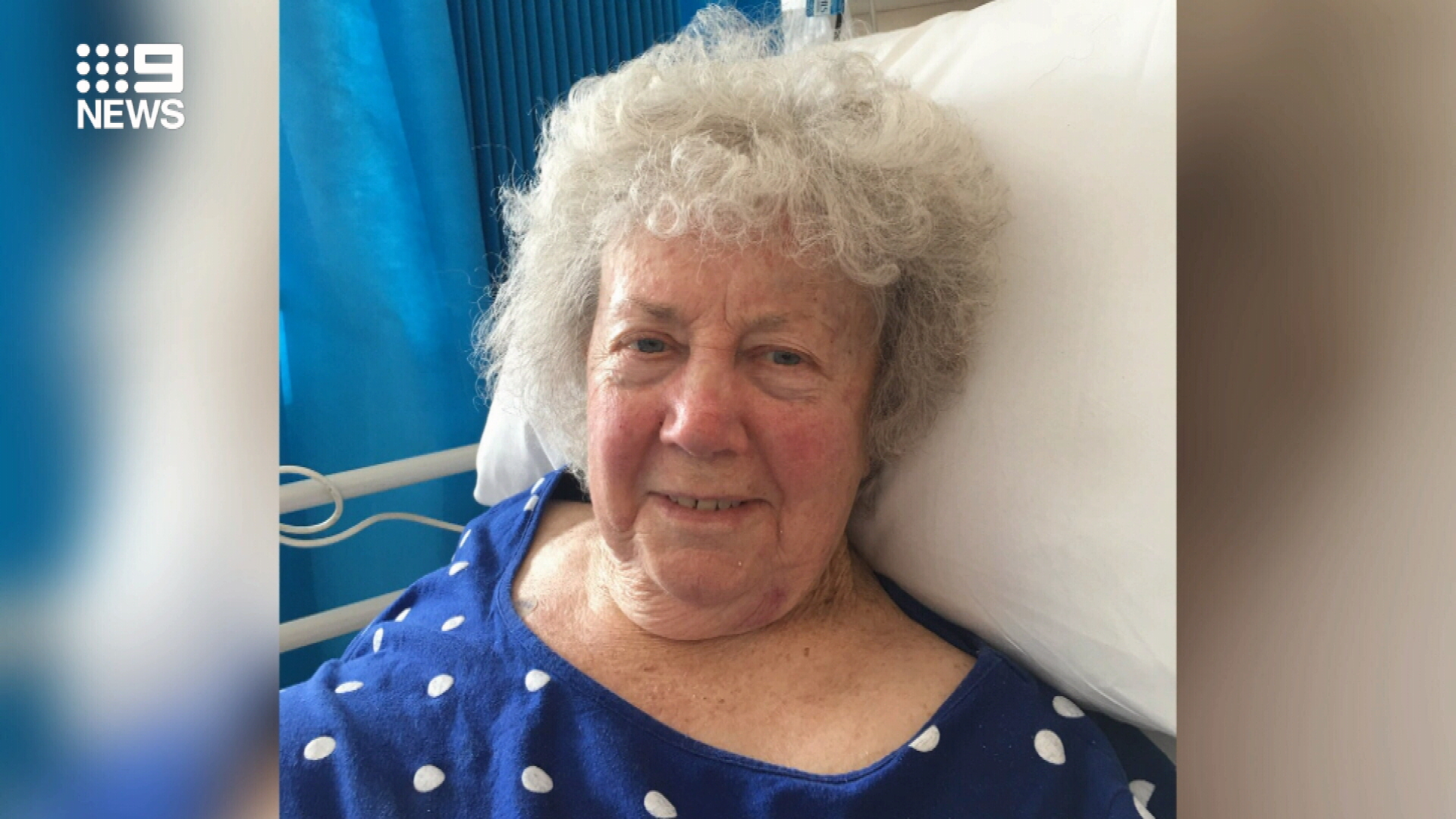 A spokesman for Northern Sydney Local Health District offered an "unreserved apology" to the family.

"Hornsby Hospital made contact with the family of this patient last week to provide an unreserved apology and to offer further support," the spokesman said.

"An investigation into the care experienced by this patient while in hospital is underway. The investigation will include a review of the falls, communication with the family and the discharge process.

"Despite several falls prevention strategies being put in place while in hospital, the patient unfortunately suffered two falls.

"Hospital staff are undertaking a review of the processes around the discharge of the patient, and the hospital has also apologised to the family."