An enforcer linked to notorious South American drug kingpin Joaquin “El Chapo” Guzman has escaped from custody in the US.

An enforcer linked to notorious South American drug kingpin Joaquin "El Chapo" Guzman has escaped from custody in the US.

Jose Rodrigo Arechiga, better known as "El Chino Antrax," was regarded as one of El Chapo's top enforcers and was linked with the Sinaloa cartel.

He was arrested seven years ago in Amsterdam, and two years later he pleaded guilty in the US to conspiracy to import cocaine and marijuana. 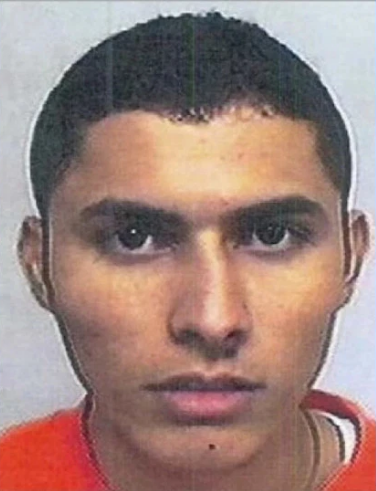 But it wasn't until years later, in December of 2019, that El Chino Antrax was sentenced to seven years in a San Diego prison. By then he had already served most of his sentence.

He was released from custody on March 3 and placed on probation.

When officers went to check on him last week, he had disappeared along with his belongings. All he left behind was a mobile phone.

Officially, Arechiga has "apparently absconded" according to an affidavit filed in district court. The report states that if he is found, probation authorities are seeking nine months in prison for him.

Arechiga was the founder of a group called "Los Antrax," named after the anthrax bacterial disease. They became an armed squadron of enforcers for the Sinaloa cartel.

Lore has it that they often threatened their victims and adversaries with chemical spores of anthrax, although it was never proven.

He was also infamous for posting pictures of himself while travelling the world flaunting his wealth and lavish lifestyle. There are images of him all over the internet posing and in front of expensive cars and yachts with celebrities like Paris Hilton.

Arechiga will turn 40 next month. Authorities believe he is back in Sinaloa where he grew up and began working for Chapo Guzman and some of his associates.