Federal prosecutors are taking charge of the investigation into shootings in the German city of Hanau that left 11 people dead, amid reports the suspect may have had a far-right motive.

Federal prosecutors are taking charge of the investigation into shootings in the German city of Hanau that left 11 people dead, amid reports the suspect may have had a far-right motive.

The Federal Prosecutors Office in Karlsruhe, which handles serious crimes, said it planned to hold a news conference later Thursday. 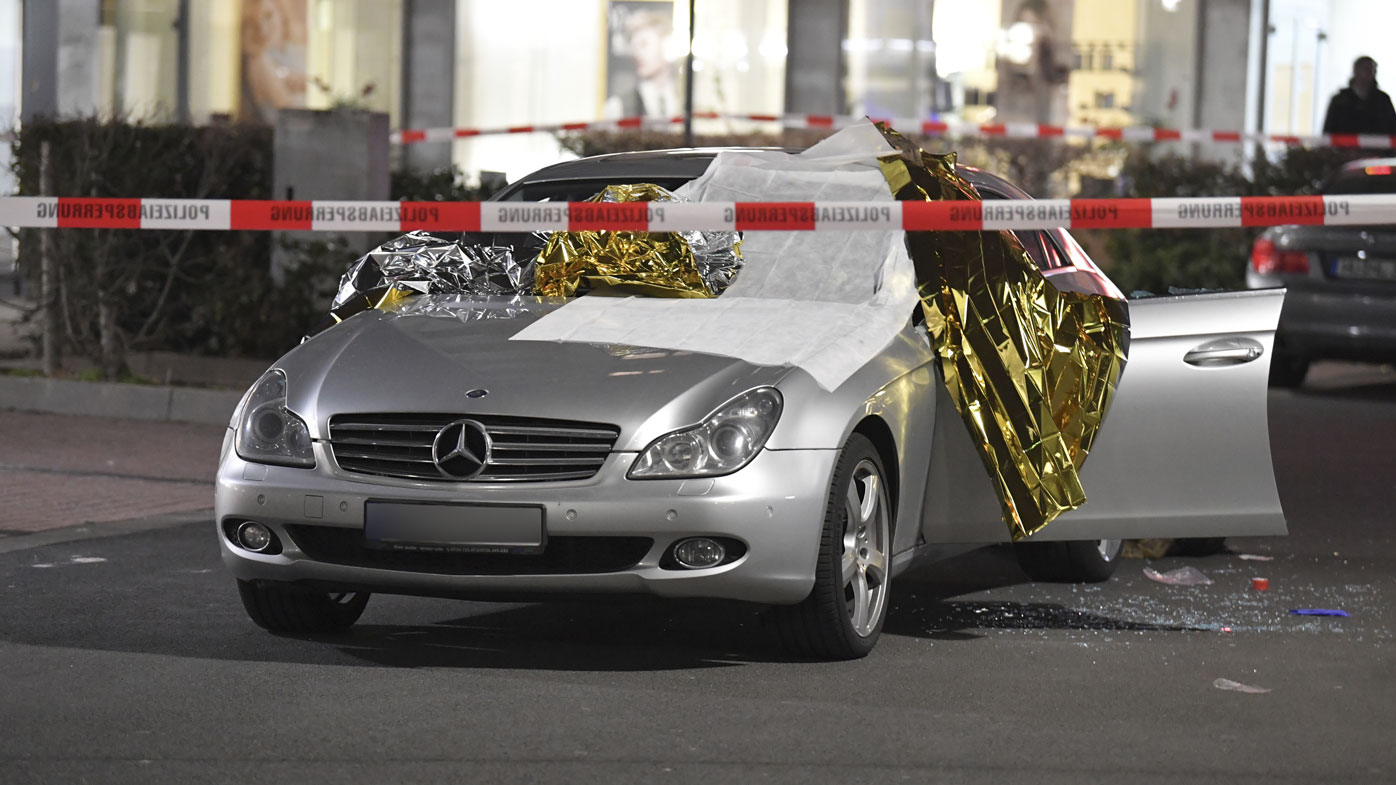 German news agency dpa reported police are examining a video the suspect may have posted online several days earlier in which he details a conspiracy theory about child abuse in the United States.

Police later said they found the bodies of the suspected shooter and another person at a house not far from the second bar. 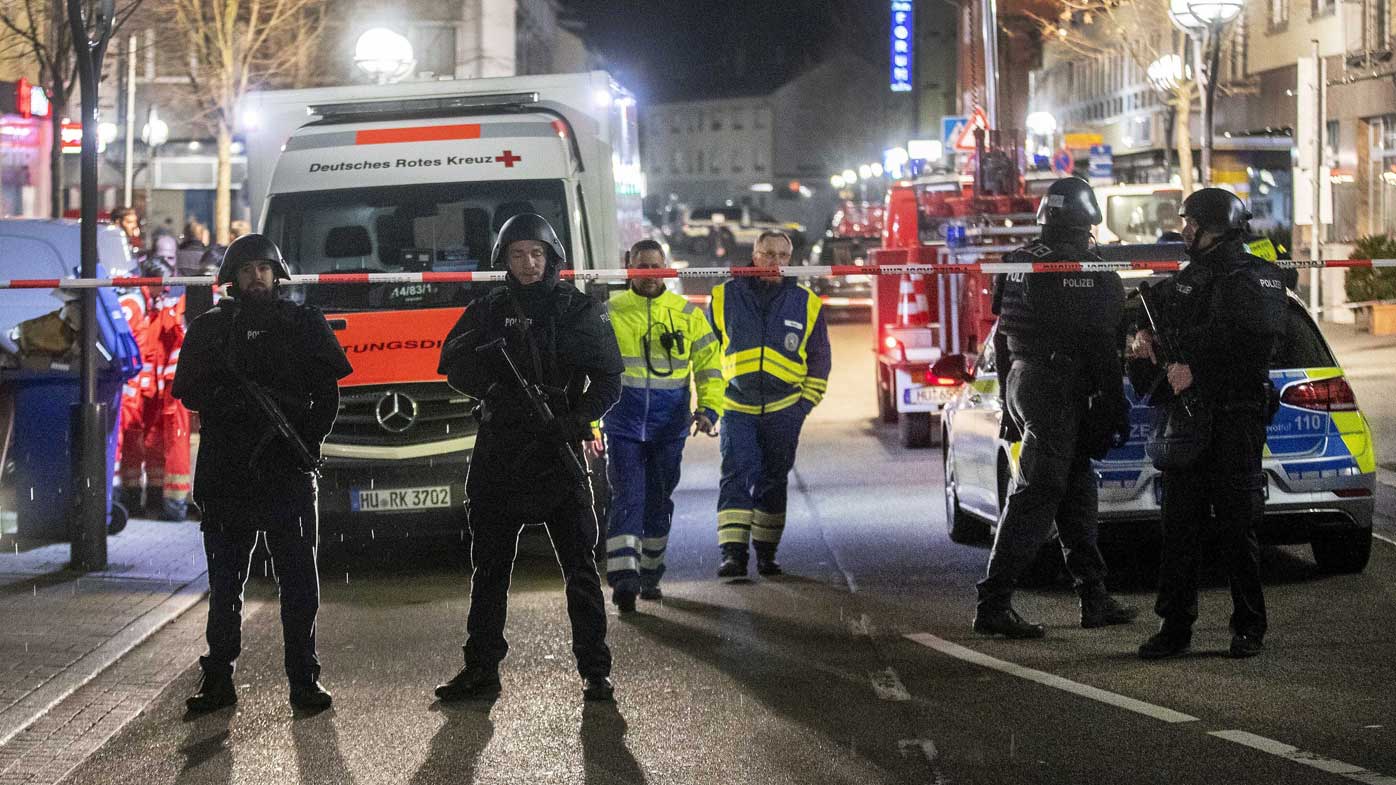 A spokesman for Hanau prosecutors, Markus Jung, confirmed the death toll but declined to comment on the reported video, or provide details of the suspect or victims.

"We don't believe there were further attackers," he said. 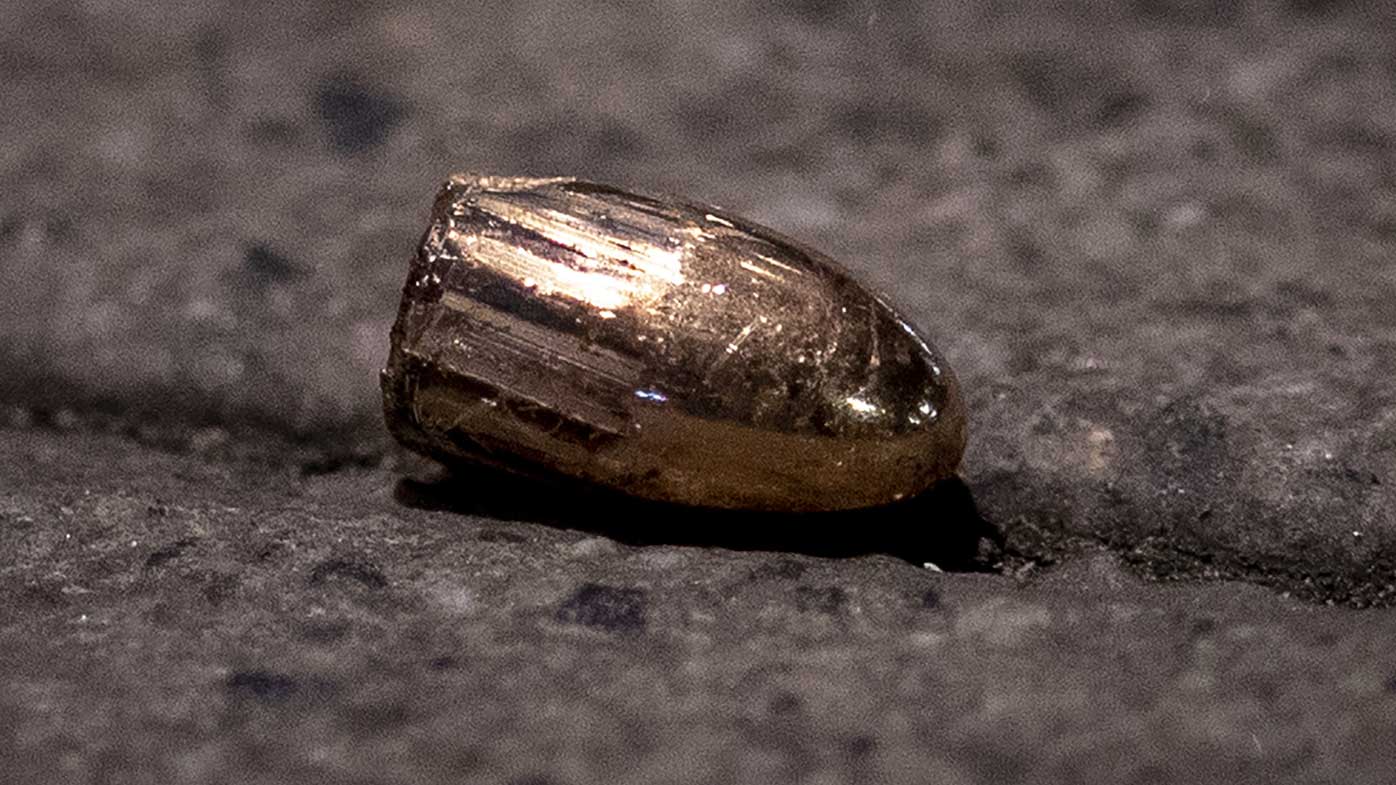 Officers sealed off and searched the apartment in Hanau's Kesselstadt district, near the scene of one of the shootings. 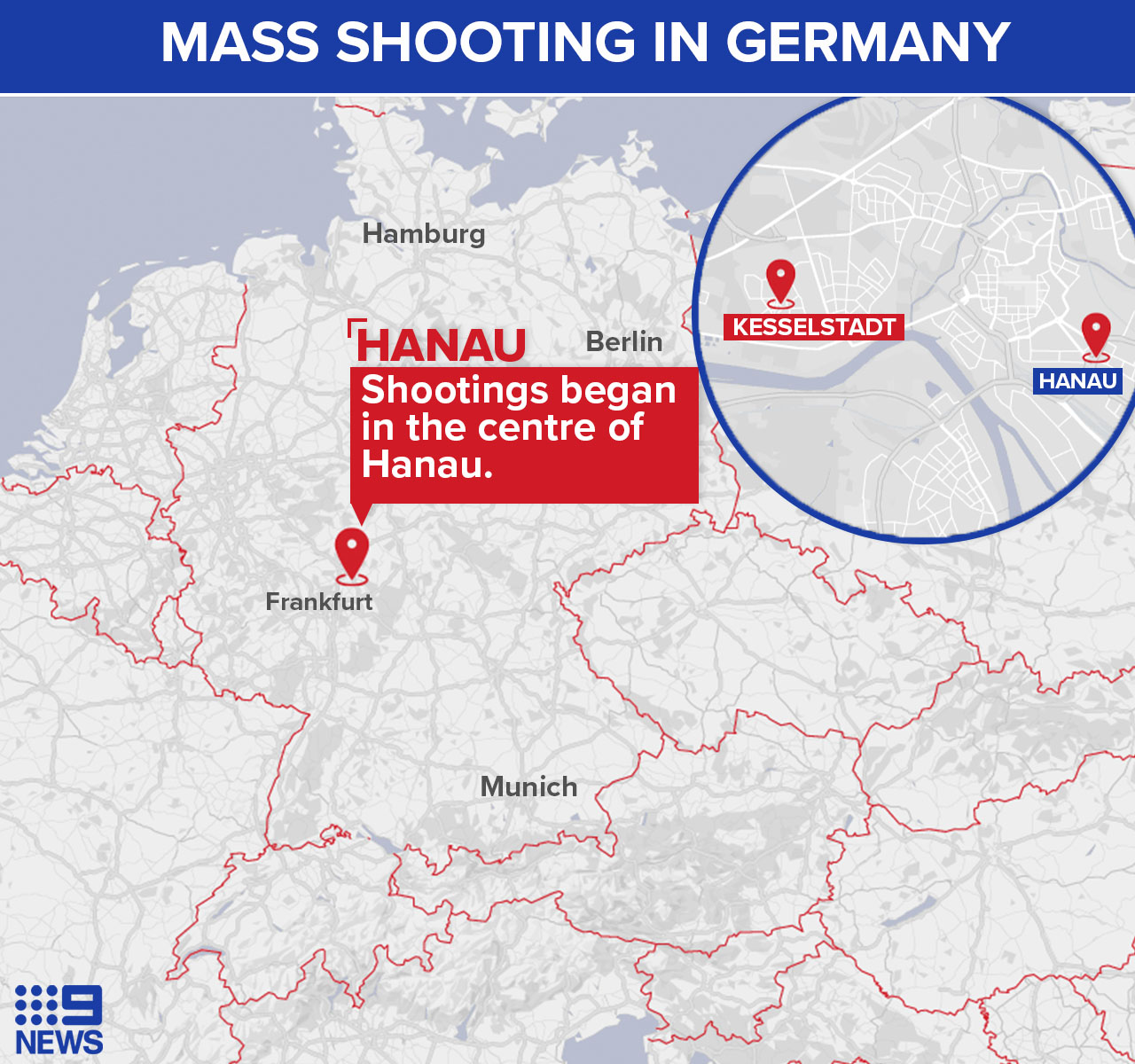 Earlier, police said a dark vehicle was seen leaving the location of the first attack and another shooting was reported at a scene about 2 1/2 km away.

Police officers swarmed central Hanau, cordoning off the area. A car covered in thermal foil could be seen, with shattered glass next to it. Forensic experts in white overalls collected evidence.

Hanau, with a population of about 100,000, is located 20 km east of Frankfurt and is located in Hesse state.