Border Force officers intercepted a package sent from the US and addressed to a home in Maroochydore that allegedly contained the liquid drug in multiple bottles.

A Sunshine Coast man has been charged after allegedly attempting to smuggle eight litres of liquid methamphetamine into the country disguised vitamin supplements.

Border Force officers in Sydney intercepted a package sent from the United States and addressed to a home in Maroochydore last week that allegedly contained the liquid drug in multiple bottles.

Federal police then searched a business in Forest Glen and the Maroochydore property, both on Queensland's Sunshine Coast, on Tuesday and allegedly found another haul of illegal steroids. 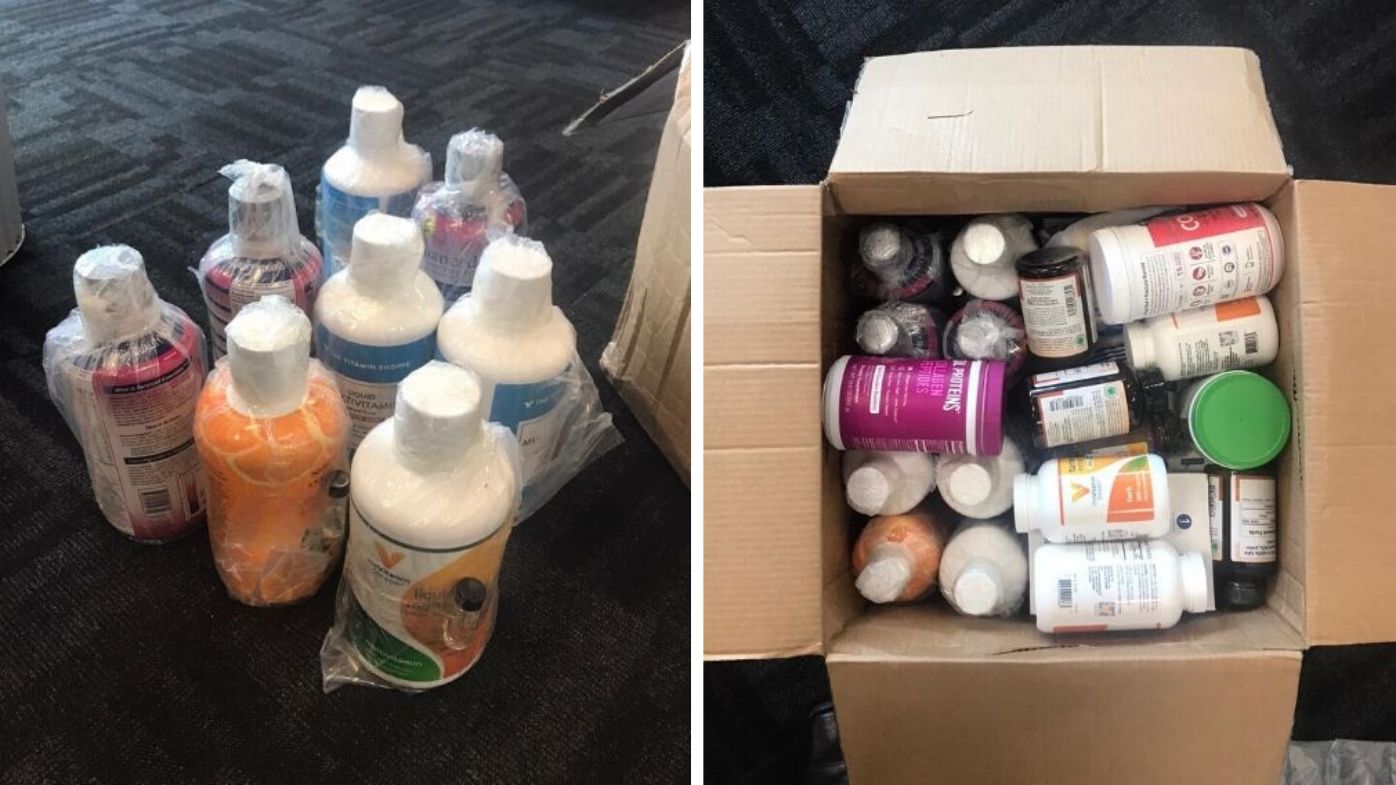 The 37-year-old man was charged with attempting to possess a commercial quantity of a border-controlled drug and is expected to appear in Maroochydore Magistrates Court on September 4.

The maximum sentence for the alleged crime is life in jail.

Another 38-year-old man was also arrested during the two searches for breaching bail conditions and possession of the steroids.

Australian Federal Police Detective Acting Superintendent Stephen Jay said in a statement authorities were acting in the best interests of the community in targeting methamphetamine circulation.

"We know it forms physical and physiological dependency, but it also contributes to domestic violence and violence against paramedics, hospital staff and police," he said.

Meanwhile, Queensland Police Detective Superintendent Col Briggs also said the operation had brought an end to a large supply of the drug.

"This joint operation has removed a vast quantity of drugs from the hands of criminal networks who make significant profits at the expense of our community," he said.