Severe storms sweeping across southern portions of the US and up into the Midwest were blamed Saturday in the deaths of at least 11 people, including two first responders, as high winds, tornadoes and unrelenting rain battered large swaths of the country.

Severe storms sweeping across southern portions of the US and up into the Midwest were blamed Saturday in the deaths of at least 11 people, including two first responders, as high winds, tornadoes and unrelenting rain battered large swaths of the country.

Storm-related fatalities were reported in Texas due to icy weather, in Alabama from a deadly tornado and in Louisiana, where winds were so strong that a trailer home was lifted off its foundation and carried several hundred feet.

A man drowned in Oklahoma and the storms even touched the Midwest with at least one death on an icy highway in Iowa. Hundreds of thousands of people were left without power from Texas to Ohio, parts of highways were closed in Oklahoma and Arkansas due to flooding and hundreds of flights were canceled at Chicago's international airports. 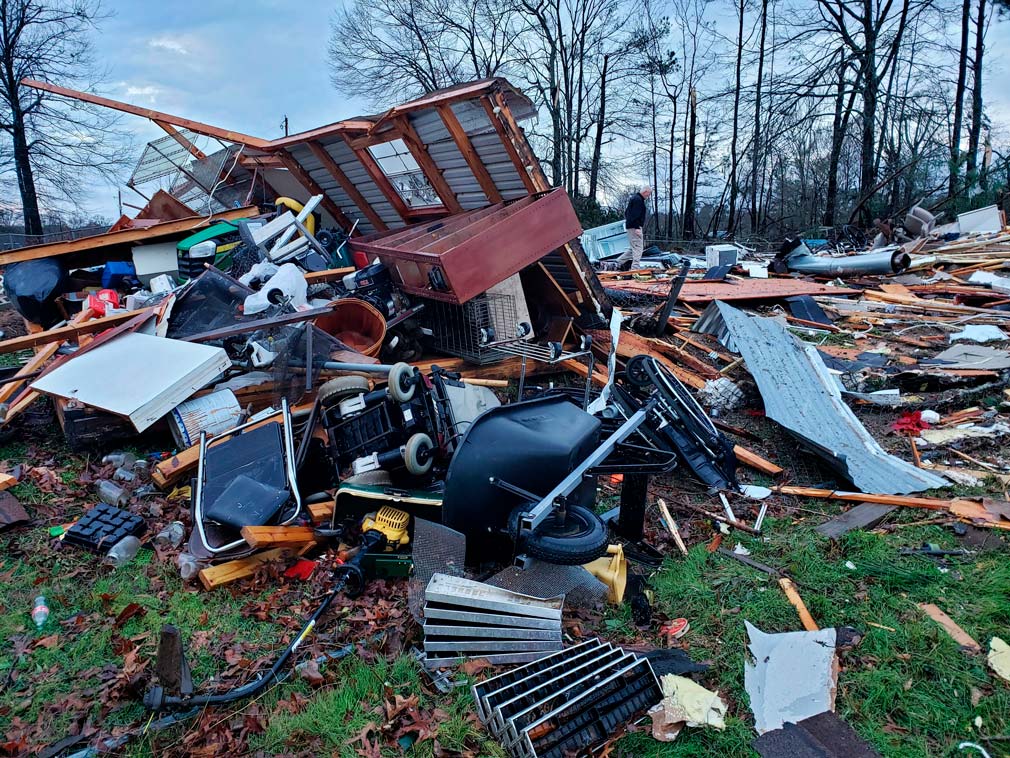 Arkansas Governor Asa Hutchinson declared a state of emergency to assist crews working to restore power around the state.

Two first responders were killed and another was critically injured in Lubbock, Texas, Saturday morning after they were hit by a vehicle while working the scene of a traffic accident in icy conditions, officials said.

Police Officer Nicholas Reyna, 27, who had been with the department for one year, died at the scene. Firefighter Lieutenant David Hill, 39, was taken to a local hospital where he later died. Firefighter Matthew Dawson, 30, was hospitalized in critical condition.

Another person had died in Texas Friday night when a car flipped into a creek in Dallas as severe thunderstorms passed through. Lightning from Friday's stormy weather was suspected of causing fires that burned two houses but caused no injuries in the North Texas cities of Burleson and Mansfield. 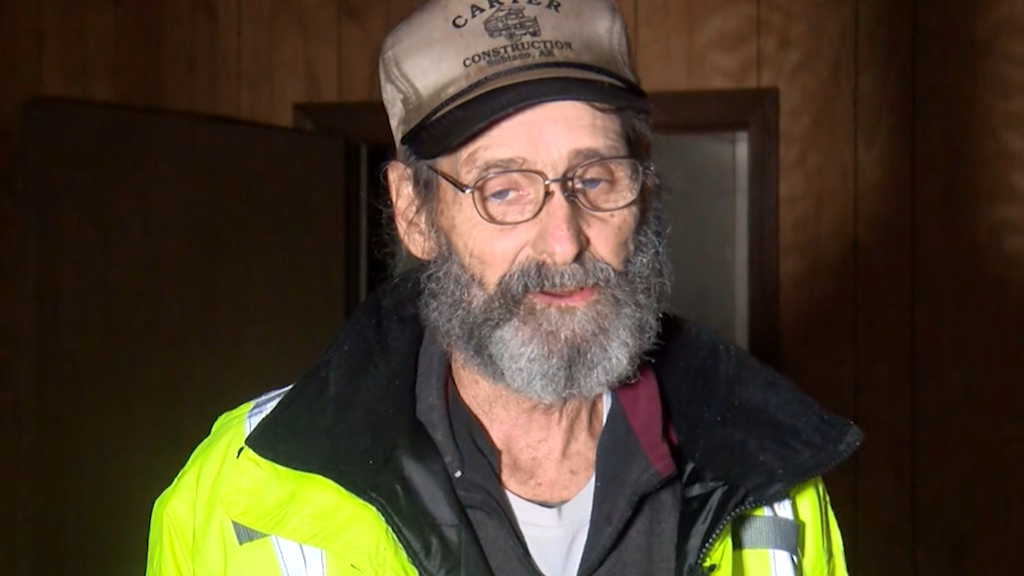 A man drowned near Kiowa, Oklahoma, after he was swept away in floodwaters, the Oklahoma Highway Patrol said Saturday. Randall Hyatt, 58, of Wardville, was overwhelmed by rushing water while getting out of his stalled truck.

The Iowa State Patrol said roads were caked with ice early Saturday when a semitrailer on Interstate 80 overturned, killing a passenger in the truck east of Iowa City. 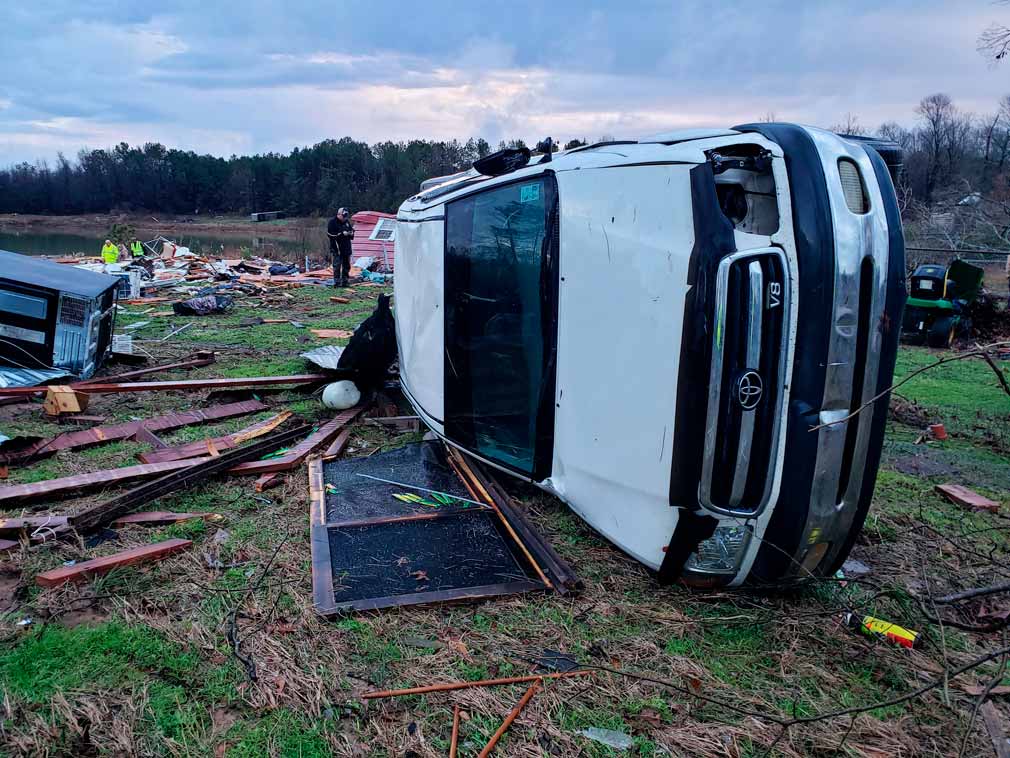 In Alabama, three people were confirmed killed near Carrollton in Pickens County, the National Weather Service in Birmingham tweeted. The Alabama Emergency Management Agency said the deaths were caused by an "embedded tornado within a long line of intense thunderstorms."

Earlier Saturday, in northwestern Louisiana, firefighters found the bodies of an elderly couple near their demolished trailer in Benton, the Bossier Parish Sheriff's Office said via Facebook. The winds were so strong the home of the couple, who were the in-laws of a parish deputy, was moved 61 metres from its foundation.

The National Weather Service in Shreveport said a tornado with winds of around 217 km/h had touched down in Bossier Parish. Drone footage showed smashed buildings, a large vehicle flipped on its side, toppled trees and debris scattered over a large area.

Also in Louisiana, Raymond Holden, 75, was killed in his bed when a tree fell on his home in Oil City, crushing him, according to the Caddo Parish Coroner's Office. 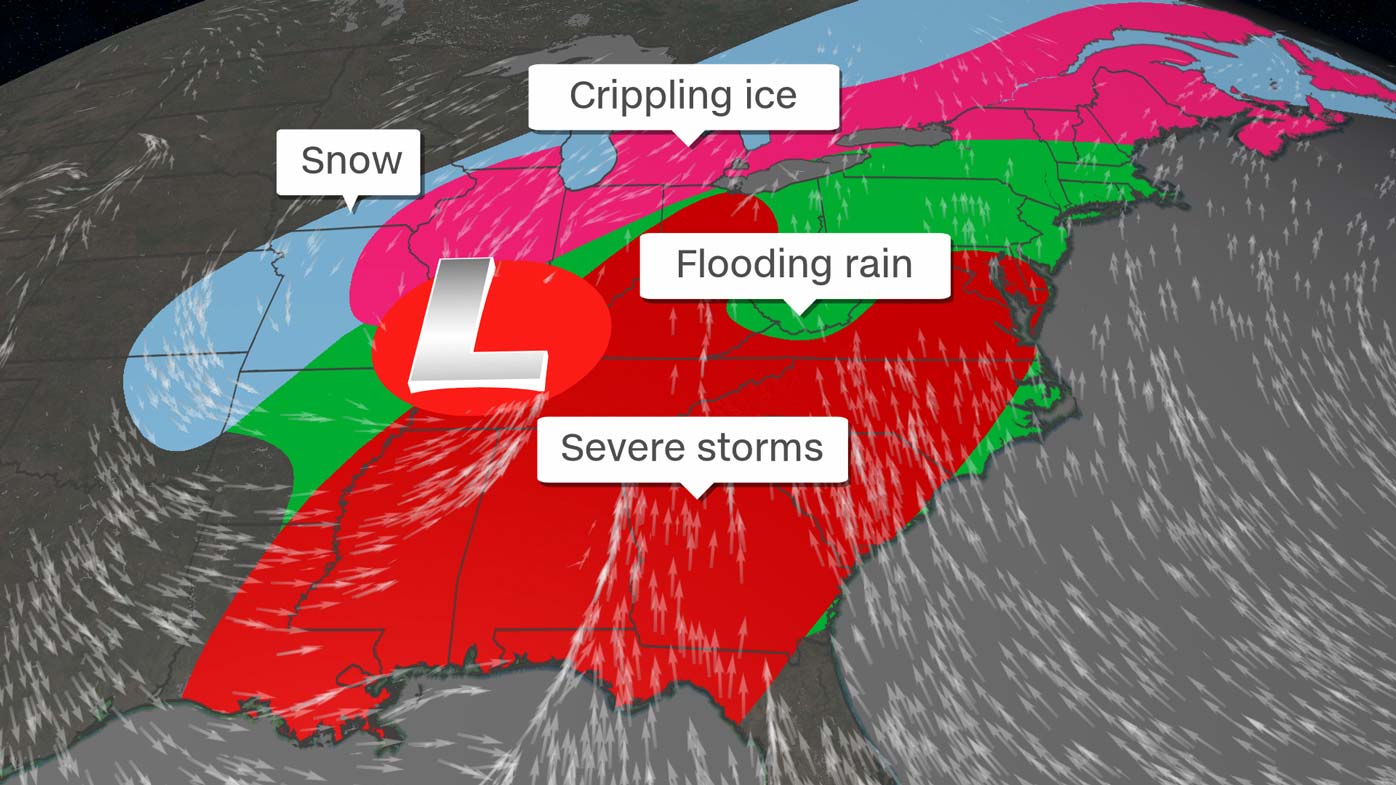 About 67,000 customers were without power in Alabama on Saturday night, according to Alabama Power. PowerOutage.us said Georgia had about 98,000 power outages Saturday evening, with tens of thousands of outages also reported in Mississippi and Louisiana. Outages occurred from Texas to Ohio.

In Tennessee, damage was widespread throughout Shelby County, the state's most populous county, which includes Memphis. There were numerous downed trees and power poles, some of which will need to be replaced, according to the utility.

The Oklahoma Department of Transportation said portions of several highways in the southeastern part of the state were closed due to flooding. The Arkansas Department of Transportation reported that portions of several state highways across the state, particularly in southeastern Arkansas, were closed due to downed trees, power lines and flooding.

Many streams were already at or near flood levels because of earlier storms, and heavy rains could lead to flash flooding across the region, forecasters said. Parts of Arkansas, Tennessee, Mississippi, Missouri, Illinois and Indiana were under flash flood warnings or watches on Saturday.

The weather service issued a winter weather advisory, flood watch and lakeshore flood warning for the Chicago metropolitan area for Saturday and a winter storm warning for adjacent areas of northwestern Illinois.