A magnitude 4.5 earthquake has struck near an Iranian nuclear power plant.

A magnitude 4.5 earthquake has struck near an Iranian nuclear power plant.

Local news agency IRNA said so far, there were no reports of any deaths or damage, citing Jahangir Dehghani, the head of Bushehr's crisis management centre. 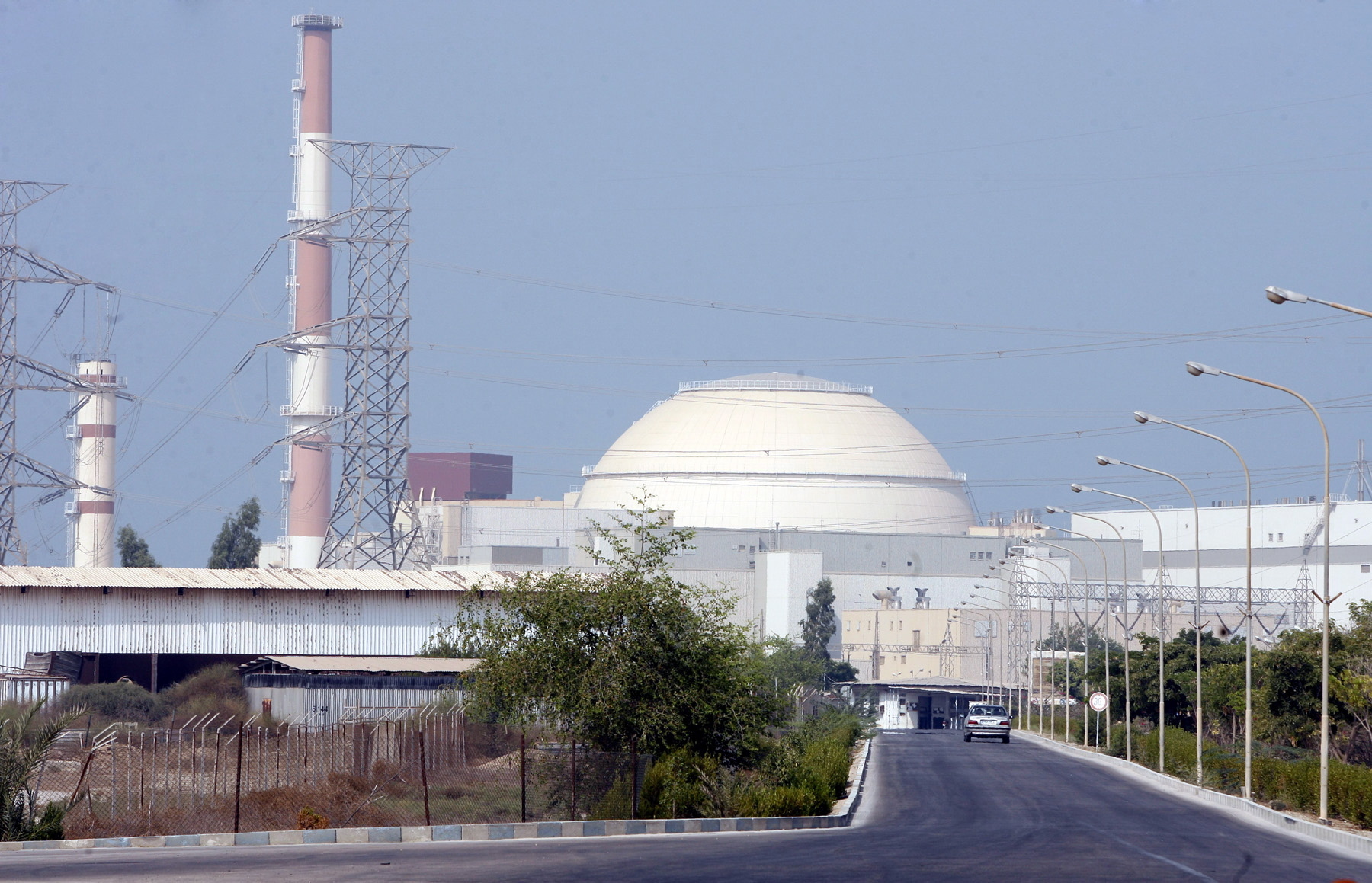 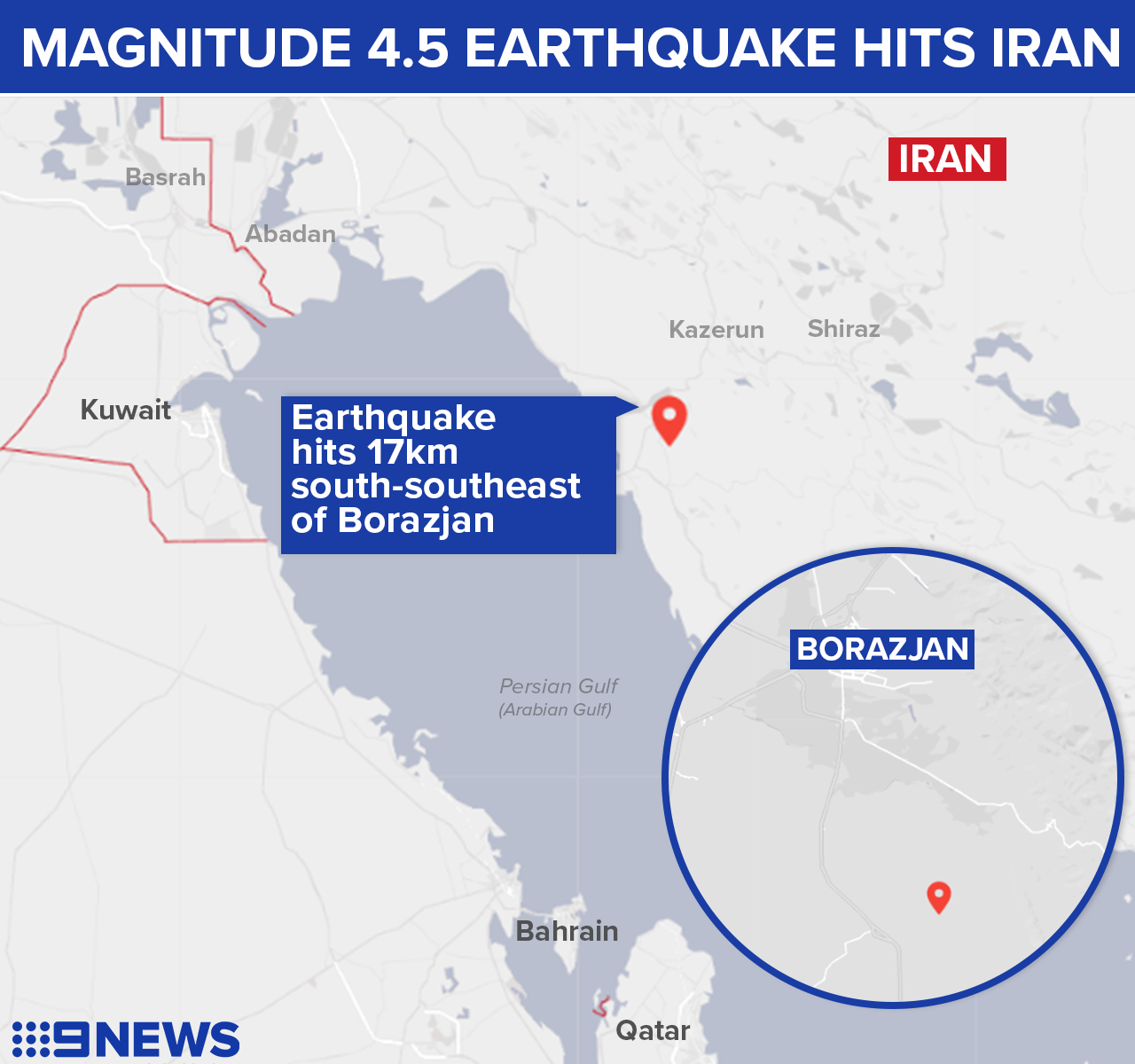 Two weeks ago a magnitude 5.1 earthquake hit the same area without causing any casualties or major damage.

The Bushehr nuclear power plant is able to produce 1,000 megawatts of power and was built by Russia and officially handed over in September 2013.

Today's incident comes among a deadly and chaotic two days for the nation of Iran.

The nation chose today to strike US air bases in retaliation for the US drone strike that killed Qassem Soleimani, the top military figure in Iran.

Earlier today, a Ukrainian passenger jet crashed killing all 176 people on board.

The flight took off from Imam Khomeini International Airport in the Iranian capital of Tehran, when a fire struck one of its engines.

More than 50 mourners were killed this morning during a stampede at the funeral processions for Soleimani.

The victims were among more than a million who gathered in Tehran to mourn the Iranian commander's killing by US airstrikes last week.