NSW mum Joanne Parkinson has just months to live, yet Centrelink says she’s not eligible for support as her condition isn’t ‘permanent’. 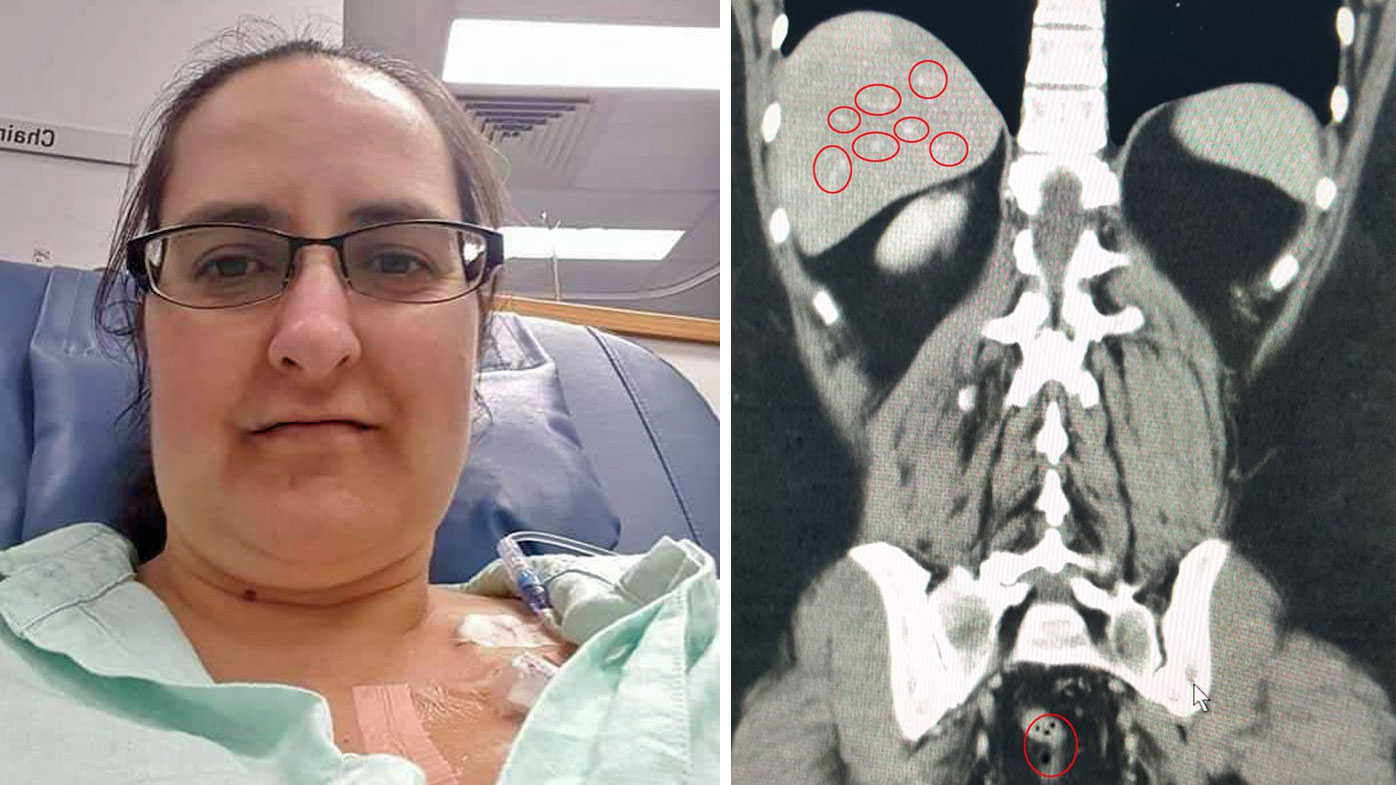 It has been almost a year since NSW mum Joanne Parkinson was given the devastating news that she is dying of bowel cancer.

Doctors told the 38-year-old from Macquarie Hills, near Newcastle, in February last year that she had just six months to two years left to live.

Since then, Ms Parkinson has fought to give herself as much time with her 11-year-old son Leo and partner Domenic as possible, enduring 24 gruelling rounds of chemotherapy.

But, as well as the physical effects of the treatment, the young family has been blindsided by what Cancer Council Australia says is a common but sometimes unexpected side effect of cancer – financial stress.

Ms Parkinson has spent far more of her little time left worrying about money that she would have liked.

"I do worry about the bills. We added up all the costs for my treatment, and from the time I got diagnosed in February to now it was just over $20,000 we have spent," Ms Parkinson said.

Ms Parkinson had been working full-time in a clerical position until she got sick in December 2018 and her position was terminated. 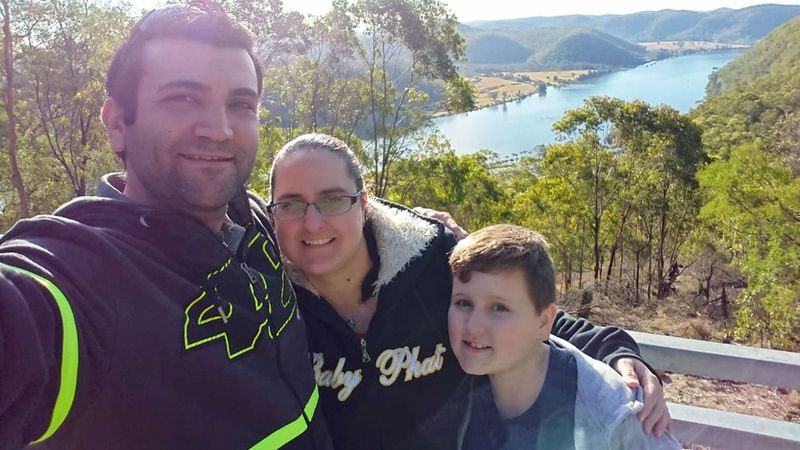 Since then the family have been living on Domenic's sole income of around $78,000, including overtime.

"Domenic has to do a lot of overtime to pay our bills. As well as all my medications, we have pay for our mortgage, insurance for the house, registration for the car, water, food, electricity - all the normal things you do to live," Ms Parkinson said.

READ:  US teen footballer murdered schoolmate for hiding pregnancy from him

After failing to respond to a different chemotherapy drug, the trial medication is what doctors say is keeping Ms Parkinson alive.

However, Ms Parkinson was forced to stop taking the drug for six weeks last year because the family couldn't afford it.

Other cancer-related costs - adding up to about $240 per fortnight - include anti-nausea medication, anti-diarrhoea, painkillers, steroids and transport to and from the hospital for chemotherapy.

SLIPPING THROUGH THE CRACKS

At the time, Centrelink denied Ms Parkinson's claim because she was undergoing chemotherapy and her condition was not deemed "permanent" - despite an oncologist's letter detailing her short life expectancy.

However, a rise in Domenic's income to $78,000 meant the family now falls too close to the income threshold for the disability support pension.

"But we were told it goes off fortnightly income and we would keep getting cut off each fortnight when Domenic did a lot of overtime, which we need to live on."

"We would have to re-apply each time, which can take 16 weeks."

Because Ms Parkinson is unable to get the disability support pension, she is also ineligible for a healthcare concession card, which would potentially save the family hundreds of dollars a month in medication costs. 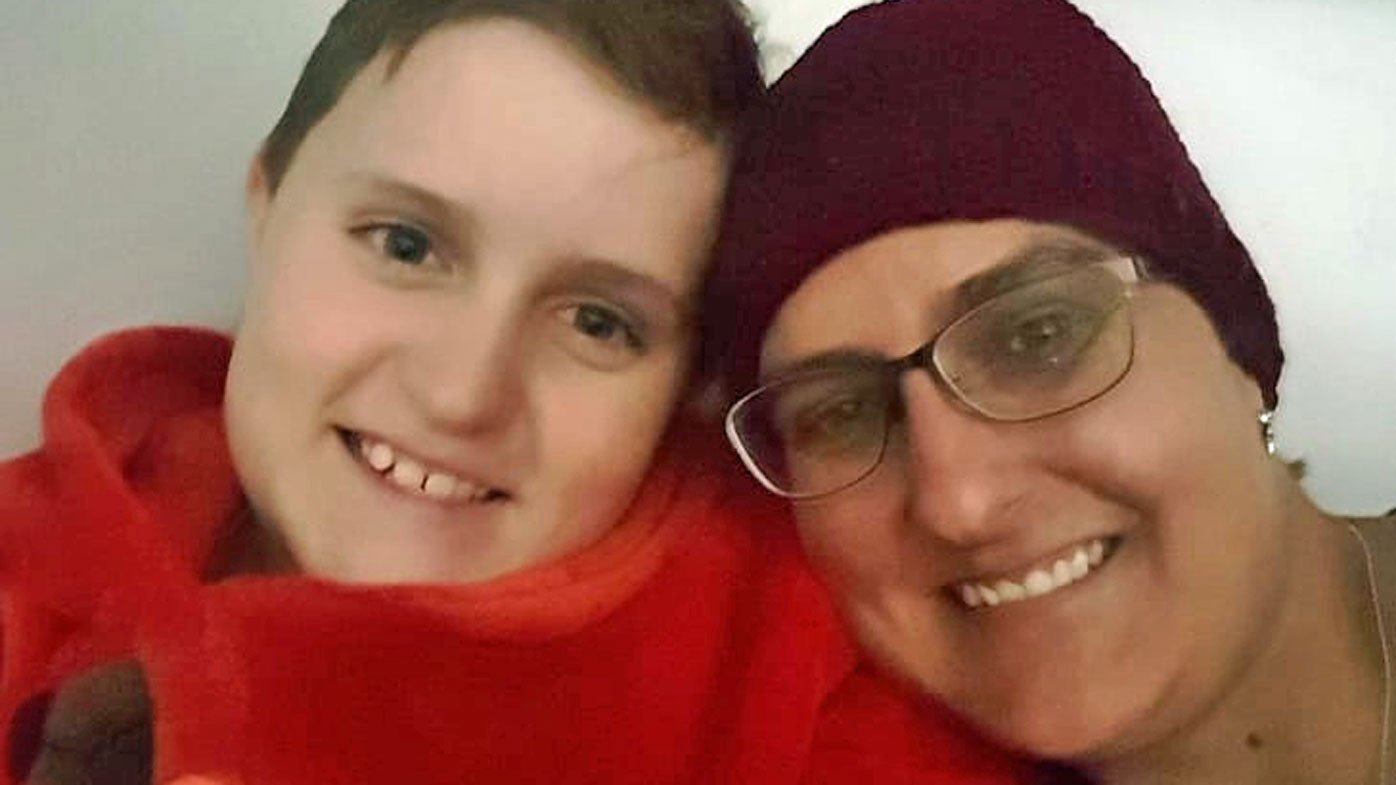 A spokesperson for the Department of Social Services said: "We sympathise with the difficult circumstances many Australians face during an unexpected battle with illness.

"The Morrison Government recognises the significant impact cancer has on the Australian community and is committed to improving outcomes for those affected.

"In general, welfare and social security payments are subject to an income test to ensure that this form of taxpayer funded support remains targeted and sustainable. The income test cut off point for the Disability Support Pension for couples living together is $3,122 per fortnight.

With no luck at Centrelink, Ms Parkinson said she had hoped to get some help at home for the weeks she is on chemotherapy and unable to keep up with making meals and household chores.

However, when Ms Parkinson applied for home assistance through the National Disability Insurance Scheme (NDIS), her application was rejected.

A rejection letter seen by nine.com.au stated the reason Ms Parkinson's NDIS claim was unsuccessful was because her "impairment did not meet the requirement of being permanent".

"I was told by a man from the NDIS over the phone, oh you'll get better, you'll be right. How could he say that to me, he doesn't know me," Ms Parkinson said.

A spokesperson for the National Disability Insurance Agency (NDIA) apologised for any distress caused to Ms Parkinson.

"The NDIA has been in contact with Ms Parkinson to address any concerns and progress her access request, following consideration of additional information relating to her access."

Ms Parkinson said the lack of support services available to her was surprising and upsetting.

"A lot of mothers who are going through cancer, we have days where we can't even get off the lounge. Where we are just vomiting, there's diarrhoea, exhaustion, tiredness, and you just need someone to come in and make beds or change sheets or vacuum."

"We have got cancer. Nobody would wish this upon anyone. There should be more support for people like us," she said.

"A cancer diagnosis is an extremely stressful and emotional time for patients and their families," Ms Smerdon said.

"Often a person's financial situation is one of the first things they have to think about even though it should be the last.

"People who are of working age can be hit really hard. Often a patient will need to stop working, or reduce their working hours during treatment.

"But the expenses are still rolling in even though they aren't able to work, so we do see that quite commonly at the Cancer Council."

The Cancer Council could connect people with free legal, financial and workplace advice, she said.

The Cancer Council also offers cancer patients a home help payment assistance of up to $350 to pay for services like cleaning and gardening.

Cancer patients seeking support can call the Cancer Council on 13 11 20.