The deepest known sighting of an octopus has been captured on film, more than 1.6km deeper than the previous reliable sighting.

The deepest known sighting of an octopus has been captured on film, more than 1.6km deeper than the previous reliable sighting.

The observations of the creature, captured at almost 6.9km miles down in the Indian Ocean using lander machines – autonomous camera systems that are released from a ship and sink to the bottom of the ocean – are thought to be the deepest octopus sightings ever filmed. 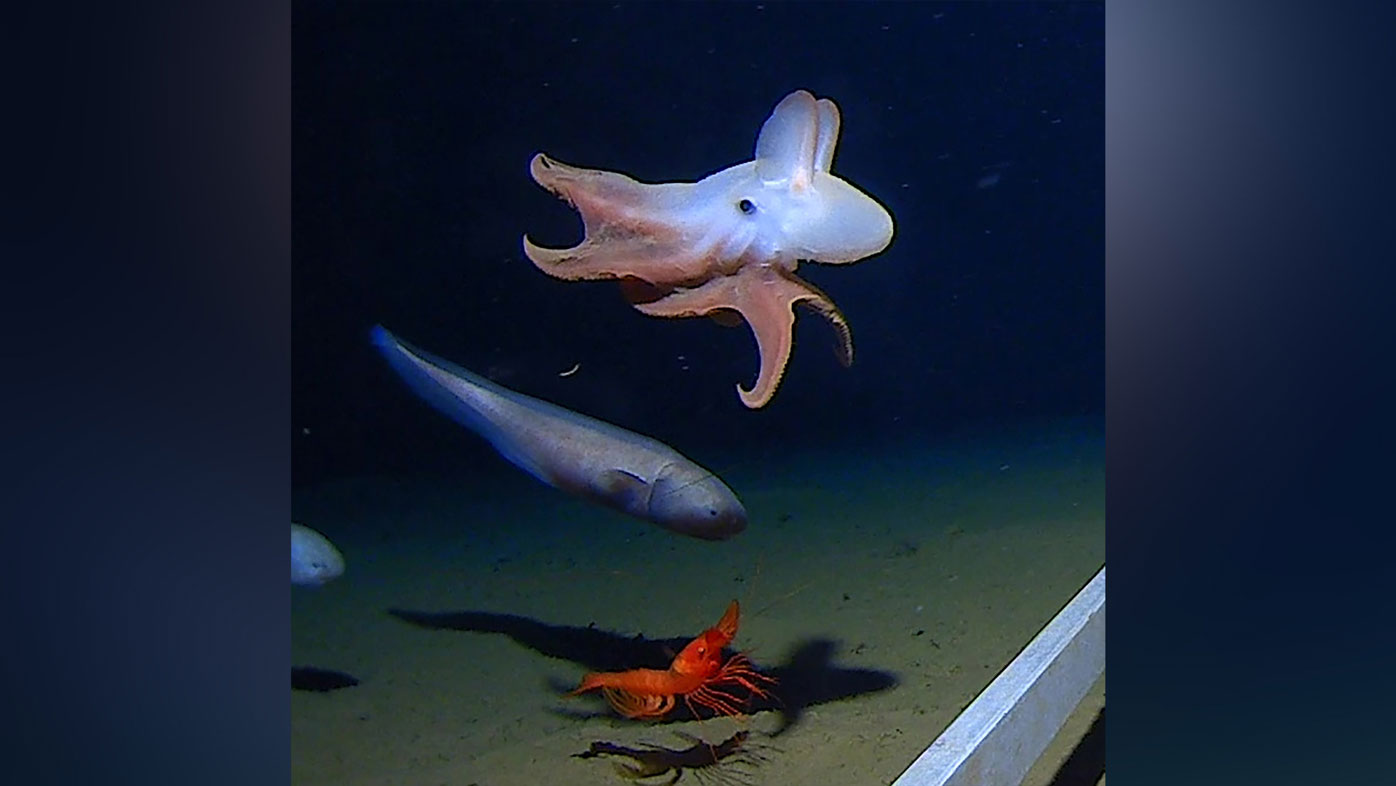 Researchers believe the creature is likely to be a new species of Grimpoteuthis, or "Dumbo octopus", a genus of deep-sea umbrella octopuses named for their fins, which resemble the ears of Disney's cartoon elephant.

Over the course of a year-and-a-half, as part of the Five Deeps Expedition, scientists visited the world's deepest places.

Marine ecologist Alan Jamieson, who led the team that made the discovery, told CNN that having completed more than 100 dives, the team had an idea of what types of wildlife, including fish and crustaceans, they would observe on the sea bed – but they were shocked when they spotted the octopus.

During the dive last April, he said, "as usual, we filmed much of the same stuff, but then suddenly in the middle of a dive about close to 6000 metres this Dumbo octopus just flies by the camera".

"And this thing just comes out of the darkness, which just crawled up to the cameras – another Dumbo octopus."

READ:  Willow Dunn, 4, was 'malnourished, covered in sores' before her death 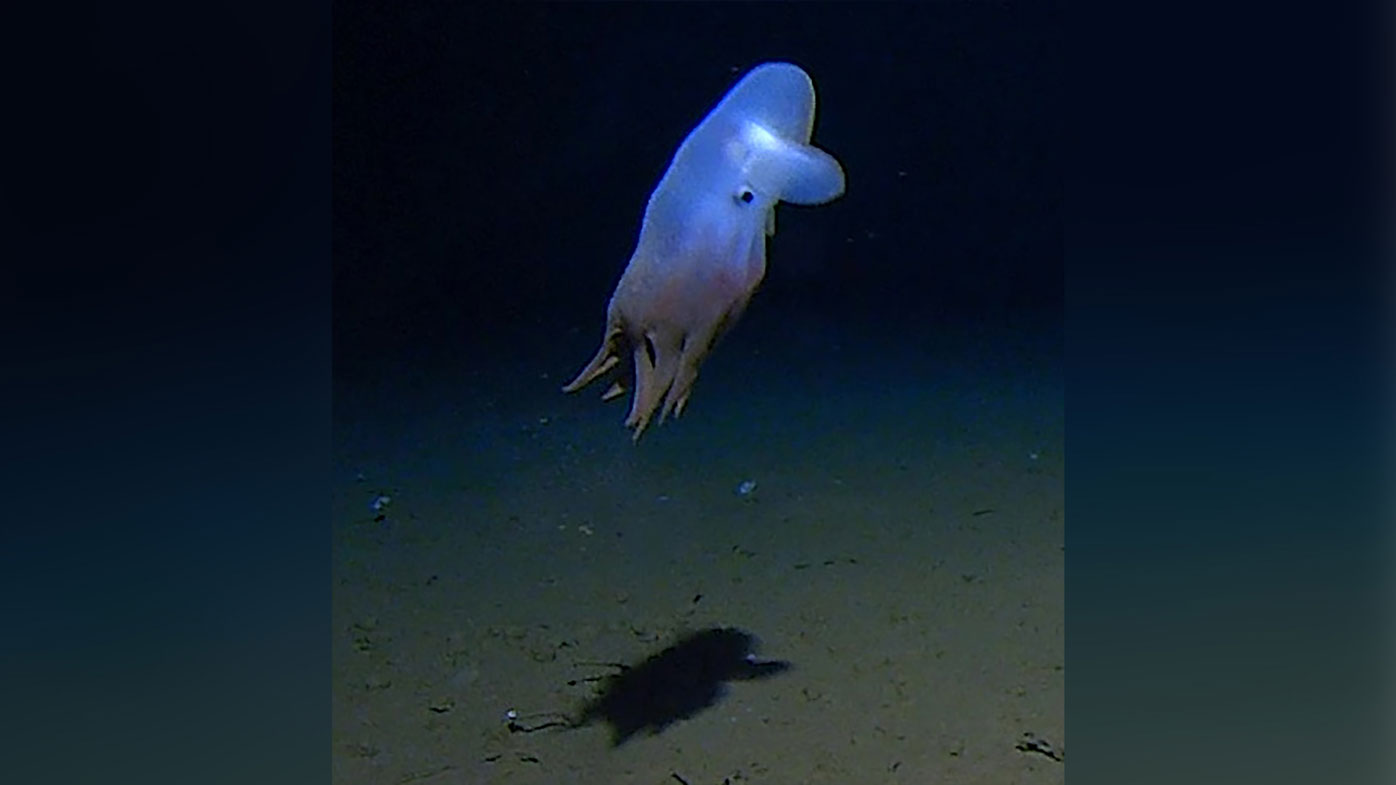 Experts observed the animals – which were 43 and 36cm inches long, at 5760 and 6957 metres deep in the ocean – as they "hopped" from place to place on the seabed, and reported the new findings in the science journal Marine Biology.

Mr Jamieson said the new depth extended the deepest reliable record of the octopus, giving us an insight into what the creatures get up to deep on the ocean floor.

"It shows that there are still surprises to be made with big animals. Quite often you hear about new species and they tend to be tiny worms and small crustaceans," he said, adding: "This is a great big octopus".

Mr Jamieson told CNN that he hoped the discovery would challenge people's perceptions of deep sea creatures, which are often thought of as scary and strange monsters.

"I like the fact that it challenges people's perceptions about what deep sea animals look like," he said.

"This is just a cute little octopus doing what octopuses do. There's nothing particularly weird about it," he said.

"So hopefully, people might feel a greater attachment to the really deep waters as opposed to the scary, horrible, weird environment that it's made out to be."