With his arms outstretched, 84-year-old farmer Alf King rejoices as rain fills one of the dams on his NSW property. The brown, red water is a welcome sight. It is not enough to make a difference.

With his arms outstretched, 84-year-old farmer Alf King rejoices as rain fills one of the dams on his NSW property. The brown, red water is a welcome sight.

The picture is in stark contrast to one taken by his 60-year-old daughter Rhonda King over a year ago. For the past three years, the King family have been battling a bitter drought.

In the image, Mr King was photographed kneeling down inside one of his property's 40 dams, hands joined and praying for rain. 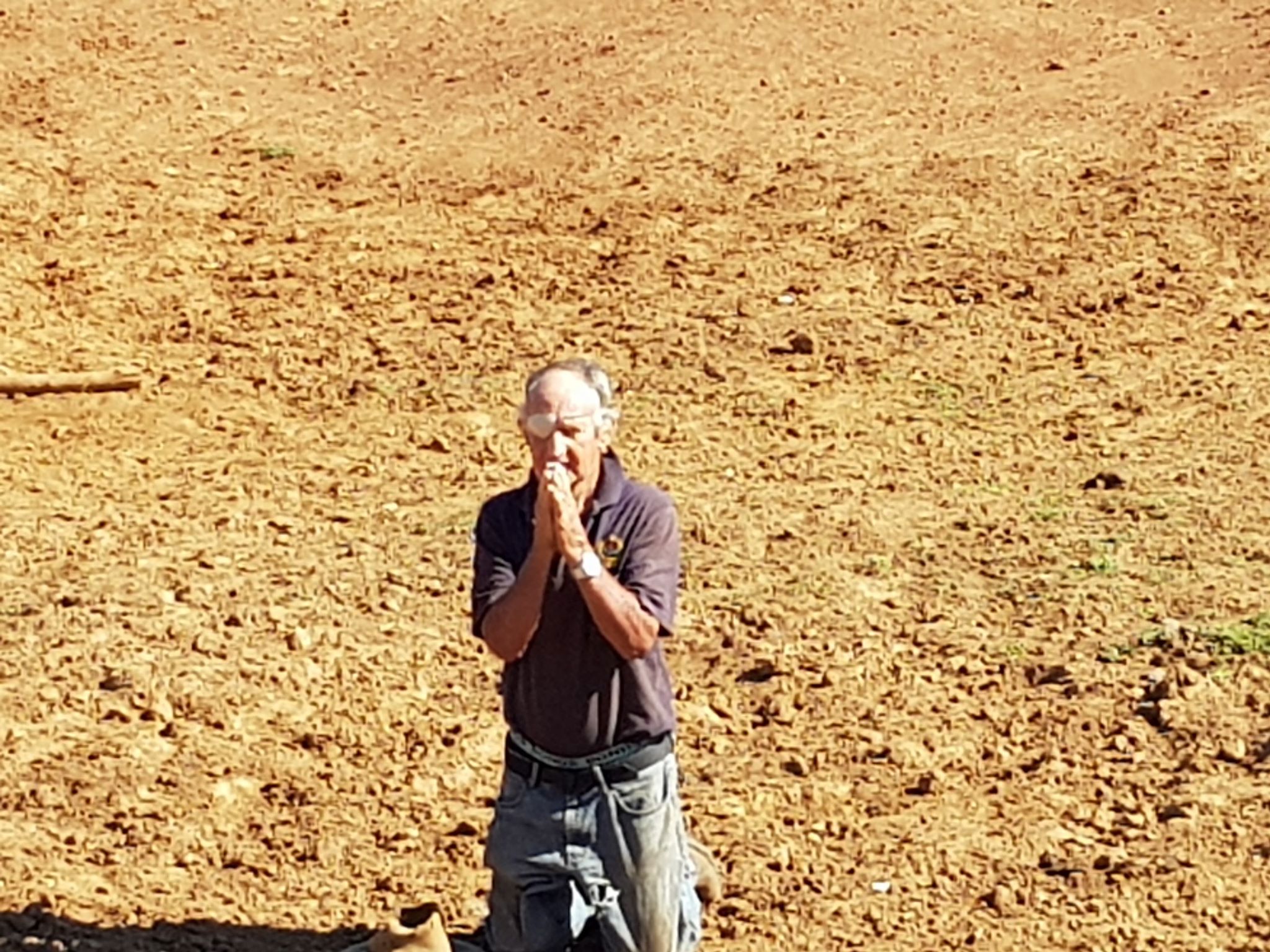 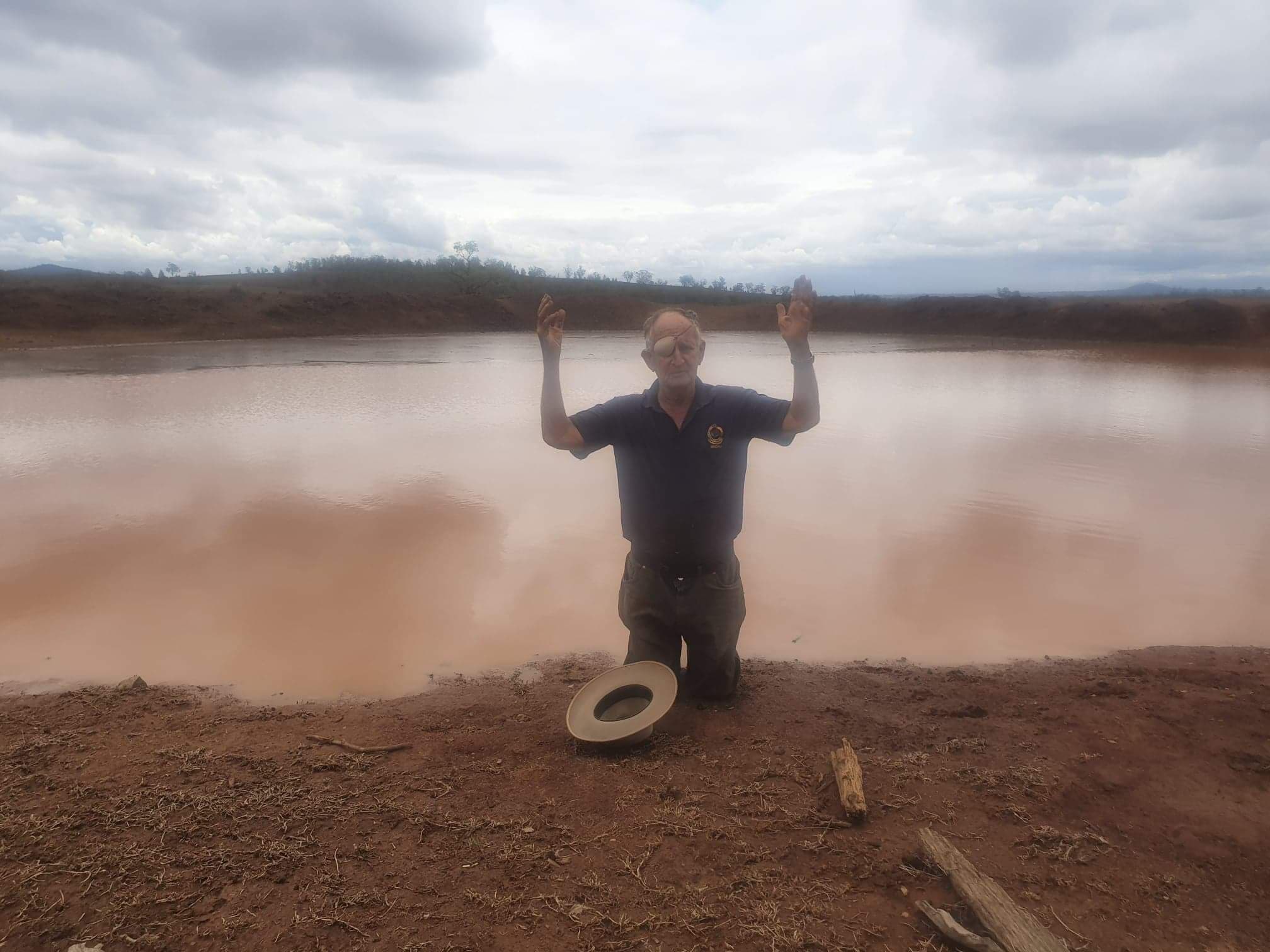 The photo quickly went viral as it encapsulated the desperation of the drought crisis.

Mr King and Ms King, an army veteran, are fourth generation cattle farmers who run a 2000-acre property in Bingara, NSW, which is located around 150 kilometres north-west of Tamworth.

But while the rain, which first fell a couple weeks ago, was a relief - it wasn't enough to make a difference, Ms King told 9News.com.au. 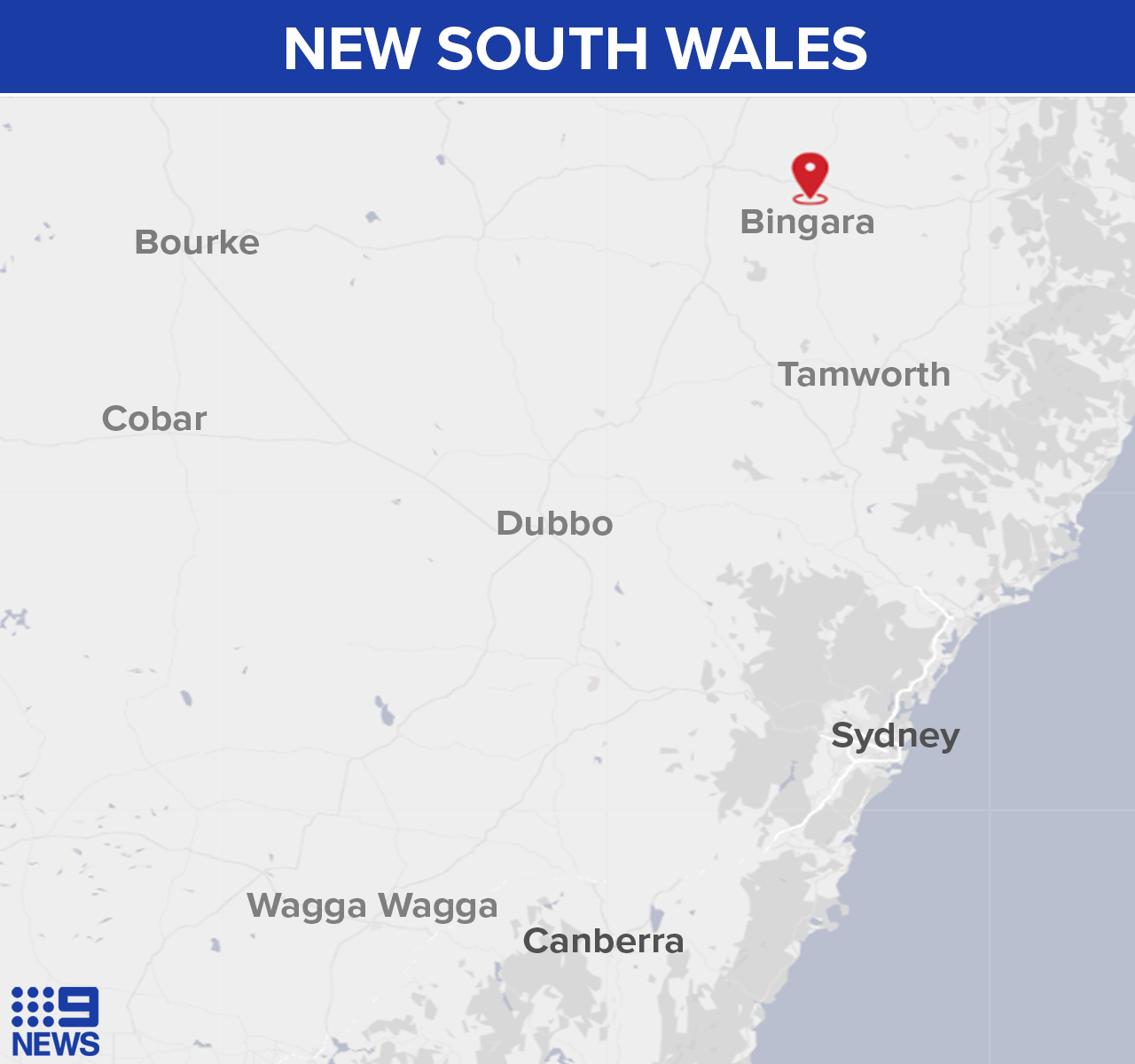 "It started as a it always does, a light sprinkling, so we weren't that hopeful. We didn't realise that it was decent rain until after," she said.

"We don't want to get too excited though, because so many people missed out. And we've been dry for that long, the ground is compacted, so it hasn't seeped in. It's likely we will lose the water fast. We've been dry for at least three years."

And these conditions aren't expected to change, despite the fact that NSW experienced one of its biggest rainfalls in three-and-a-half years over the weekend due to a low pressure system.

A spokesperson from the Bureau of Meteorology told 9News.com.au that while the rain is welcome for many areas, the country would need to see several months of sustained above average rainfall to help the landscape properly recover from long-term deficiencies caused by the drought. 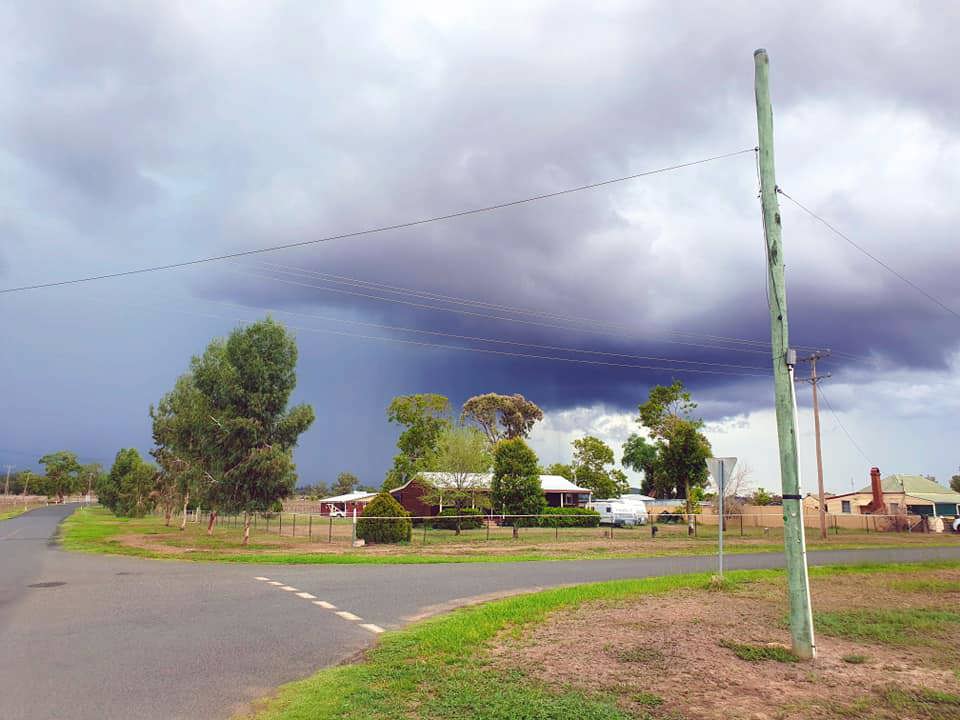 On Saturday 50mm fell on the Kings' property in half an hour, but Ms King said that was still not enough to seep into the ground.

READ:  Meghan McCain Puts Her Foot In It With Jaw-Dropping COVID-19 Vaccine Take

"It's falling too fast to get any benefit into the soil, as it is rock hard from the drought. Also it's only falling at the house...Our neighbours only received a few mm up to 1km away." 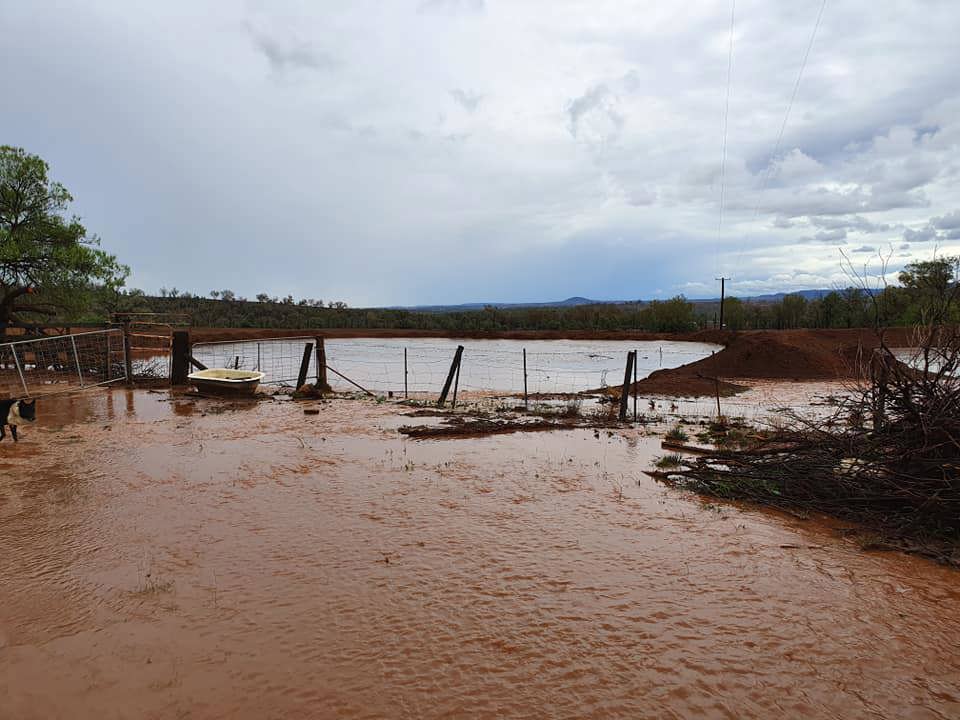 The rains 'a mixed blessing'

Before the drought, the Kings had a head of 300 cattle. Now they have 50, plus 10 calves, and it's likely they'll have to sell their remaining stock by the end of the month, Ms King said.

That is the least of the Kings' problems; with the rains come the storms, and with storms come the risk of fire.

"I don't want to sound ungrateful, but the bushfires are going to be our biggest problem. We didn't have fires here, but our surrounding area did. Any storm that comes through – dry lightning – we're on tenterhooks, it's so dry.

"If lightning strikes my dad's property, the house and all the structures around it are timber so they're at risk. Every time it rains, it's a mixed blessing."

Ms King also said that farmers are starting to feel forgotten in the wake of the bushfire crisis, which has overshadowed the drought this summer. 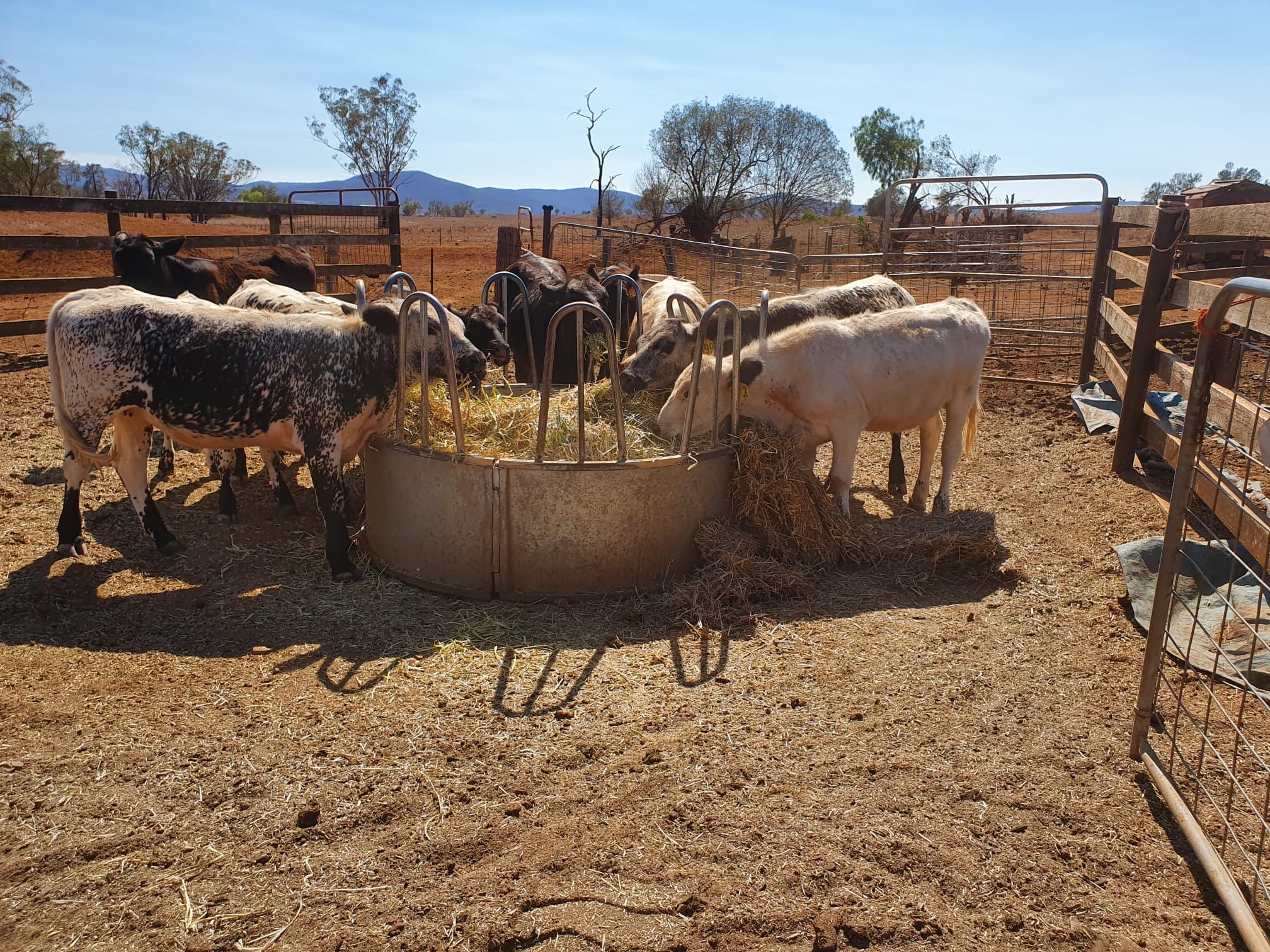 Ms King believes this response was an attempt to ameliorate negative publicity, he was facing.

"They never gave us as much assistance as they have the bushfires. It's all a tragedy. The fires are awful, but people are also dying on the land. They're committing suicide," she said. 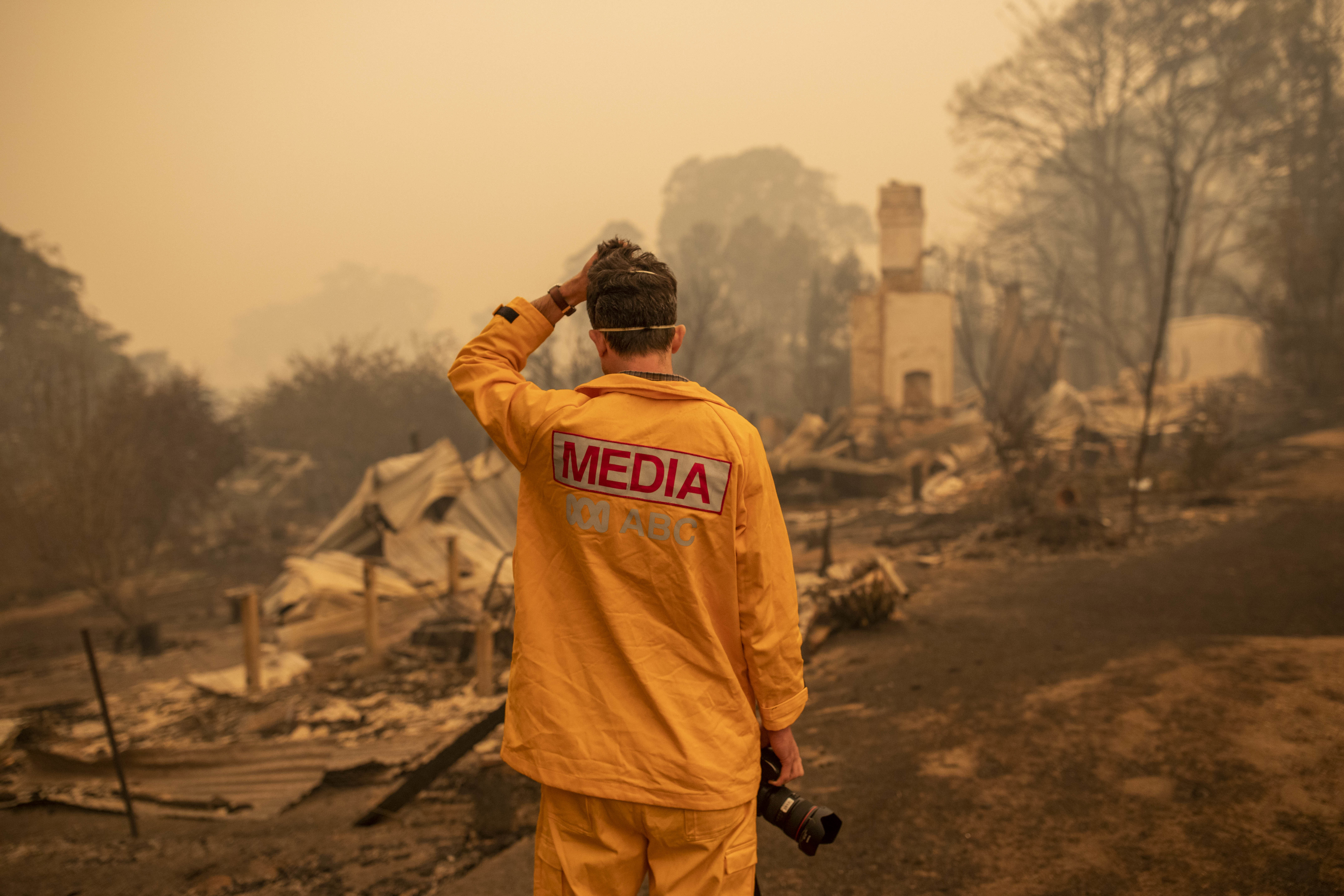 "We're having to shoot our animals, they're not burnt – they're starving. It's taken one season to get fire victims where we have been at for years.

"I don't want to get too political – but Scott Morrison is a new leader in a new role that he's never had any experience in. He didn't know what to do with the drought, and even when the fires started he was on the wrong track, after the backlash, he poured all of his attention into it," she said. 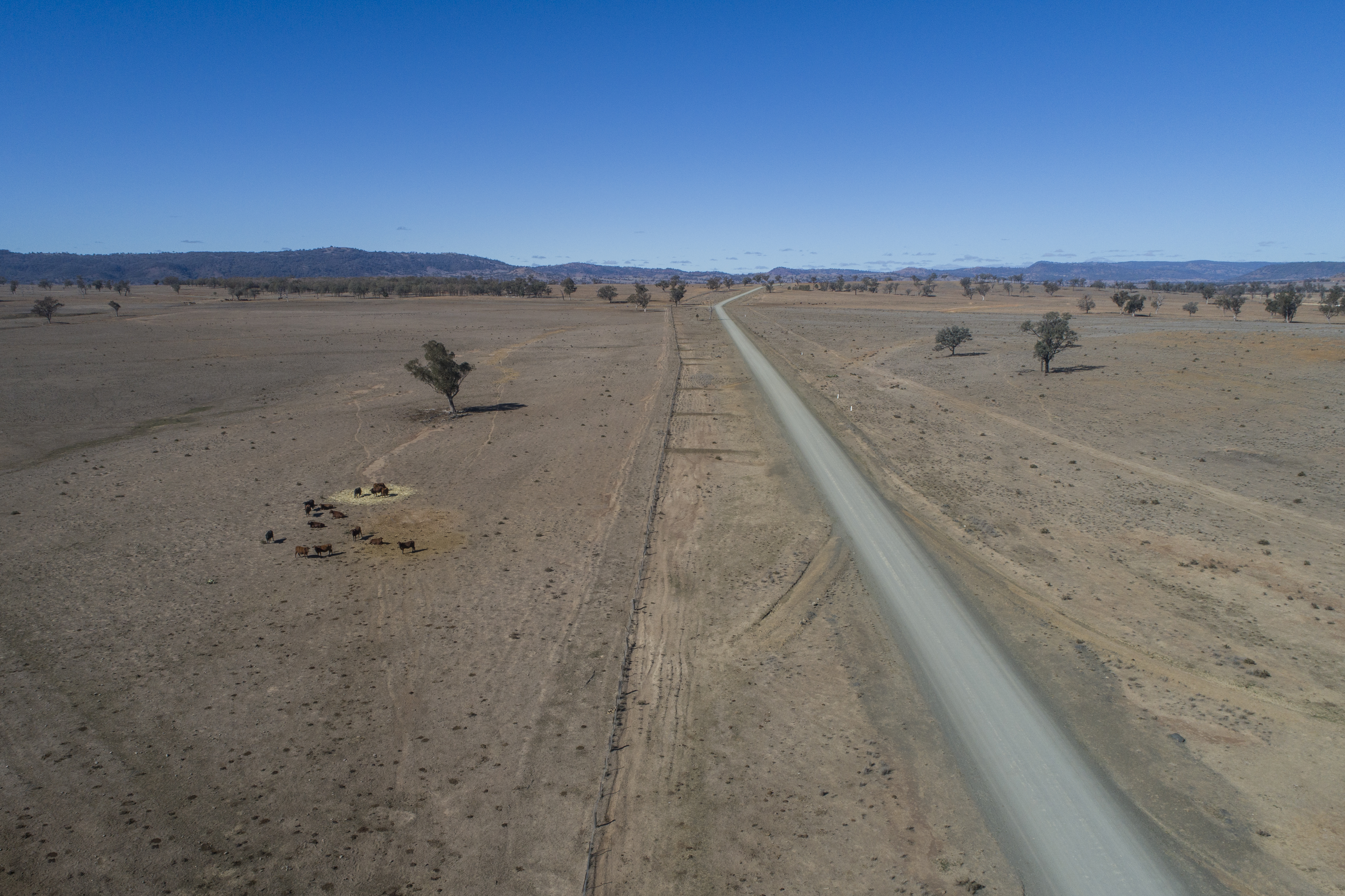 She said that while there have been cash injections, Federal Government assistance has been focused on building infrastructure, rather than supporting farmers.

"People here just feel a little bit left behind. We've received two Federal Government grants, I believe they were $1 million each, and we've used those grants to improve infrastructure using local contractors, which has created employment across the Shire…We've had stronger country community grants, which have been ongoing," she said. 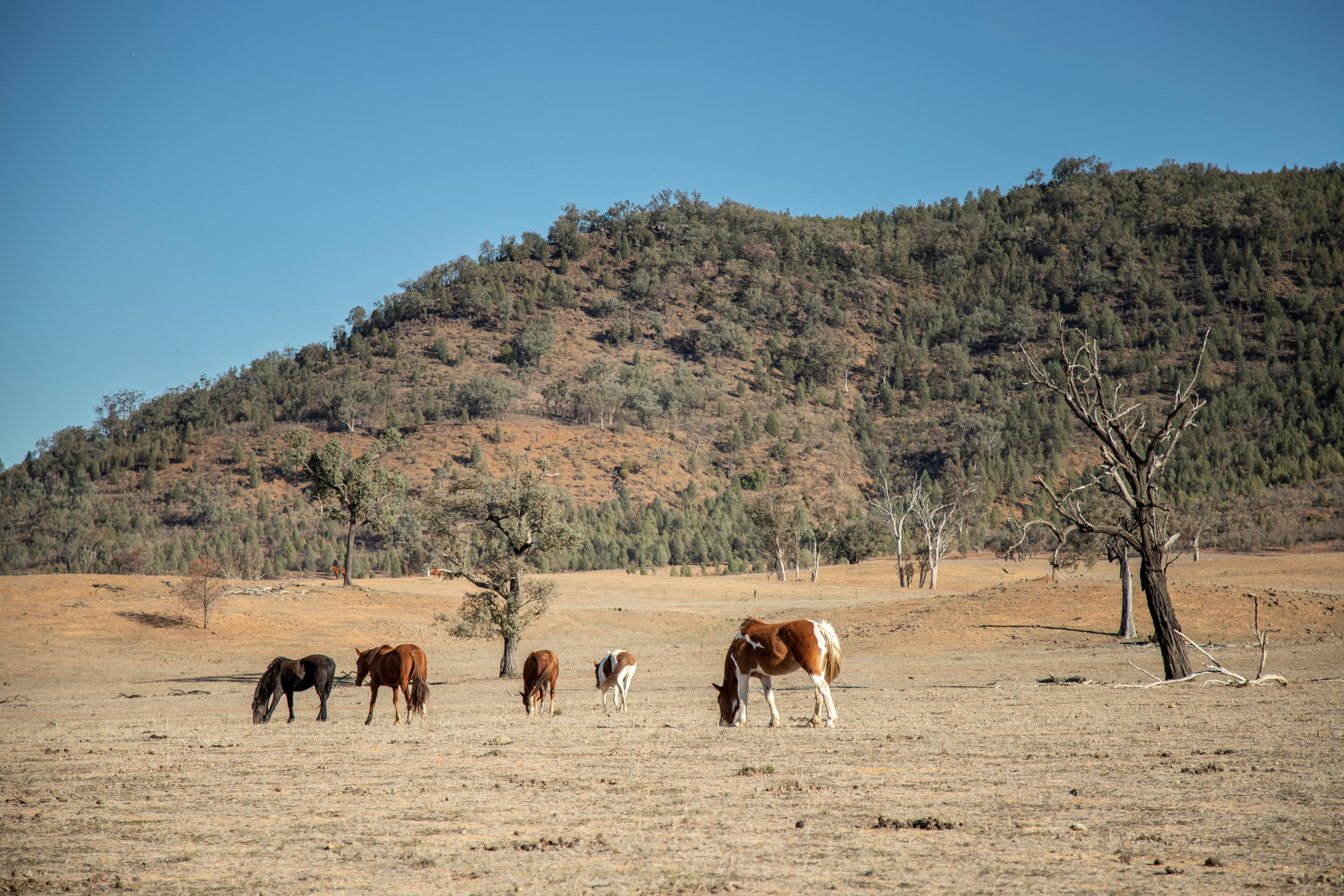 "But as far as helping our farmers sadly, there hasn't been a huge amount. There are currently no grants, just low interest, or no interest, loans, but it's an incredibly difficult process for them to go through. It's about making grants available for farmers, and making the process less onerous for them to apply."

Ms Webber said that the Gwydir Shire's situation is desperate. There have been suicides on the land, and she expects this to continue.

"There have been a few, but I don't believe we've hit a point where it's at it's worst. When it does rain and people still have no income, cattle or crops, and no money to re-enter the market… I think then it will get worse.

"It's like Armageddon out here, it's a moonscape. It's just dirt, there's not even any weeds. The dust storms have come through and taken the top soil; any seeds that were there are now gone. The dust storms keep coming, even after the rain. It's unrelenting." 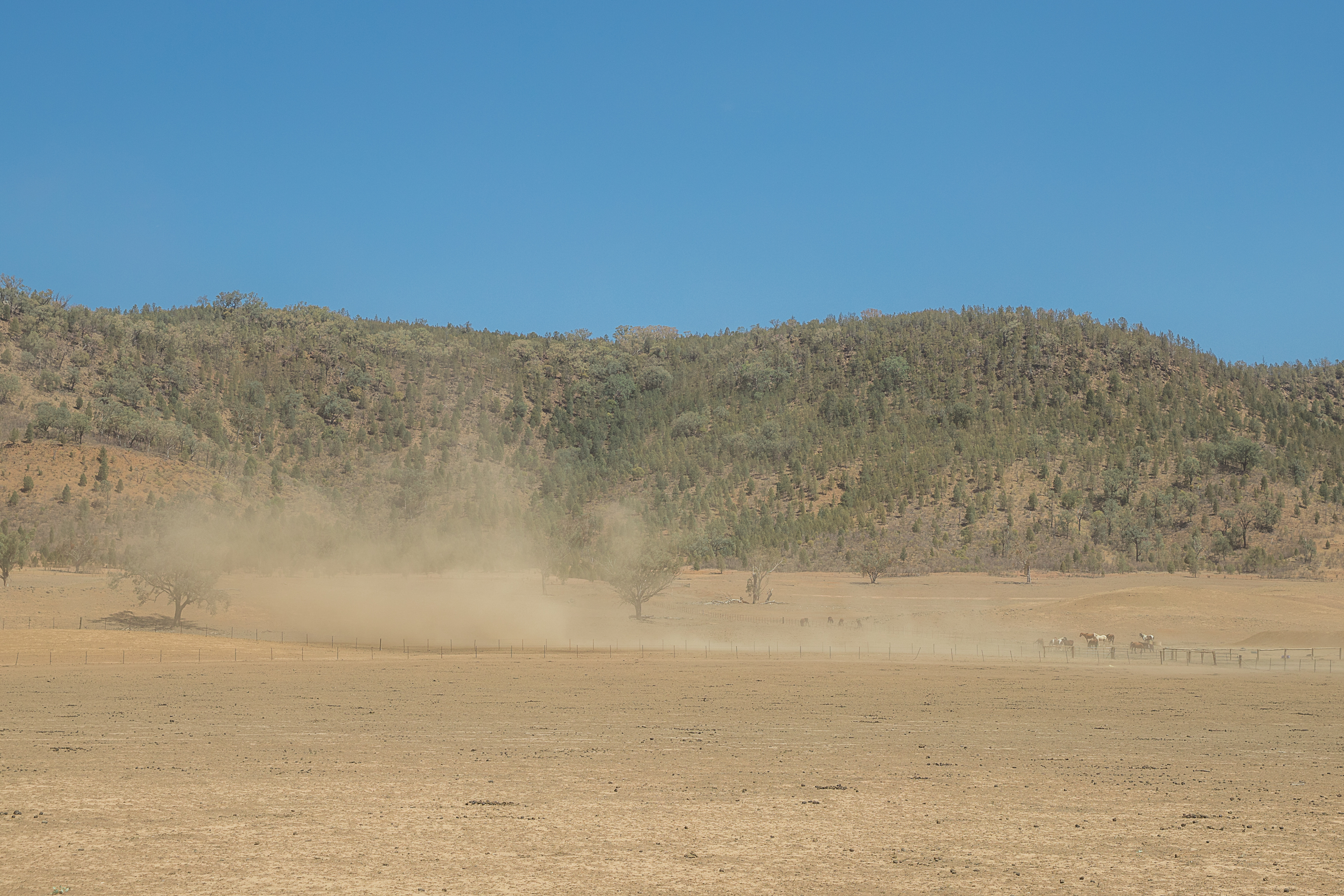 9News.com.au reached out to both Scott Morrison's office and the Department of Primary Industries to find out what assistance is being provided to the Gwydir Shire. 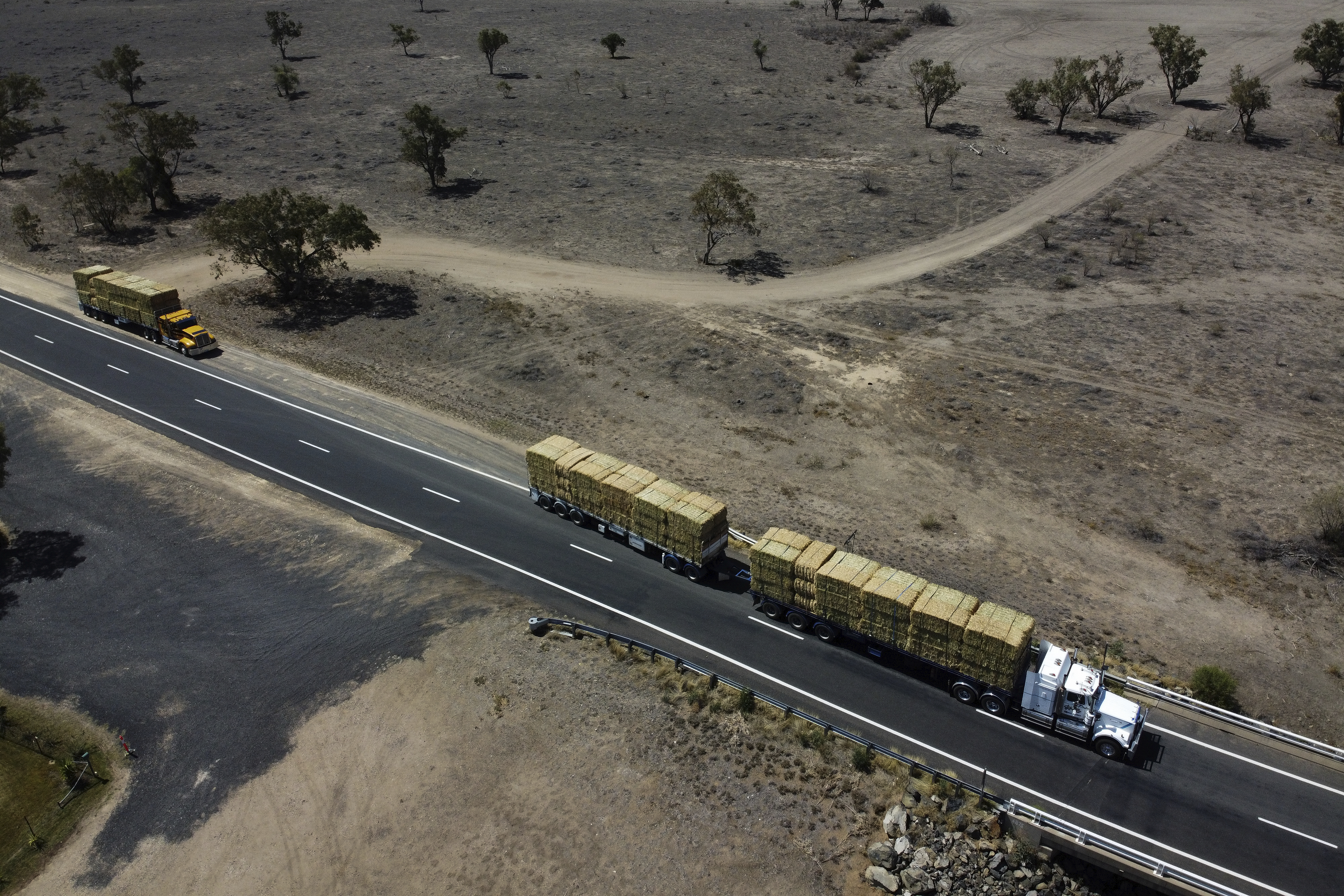 "The Coordinator-General for Drought and Flood, the Hon Shane Stone AC QC and National Drought and Flood Agency staff recently visited Bingara (16 January 2020) as part of a trip through drought-affected Southern Queensland and Northern NSW. The federal government has committed more than $8 billion dollars in drought support so far. 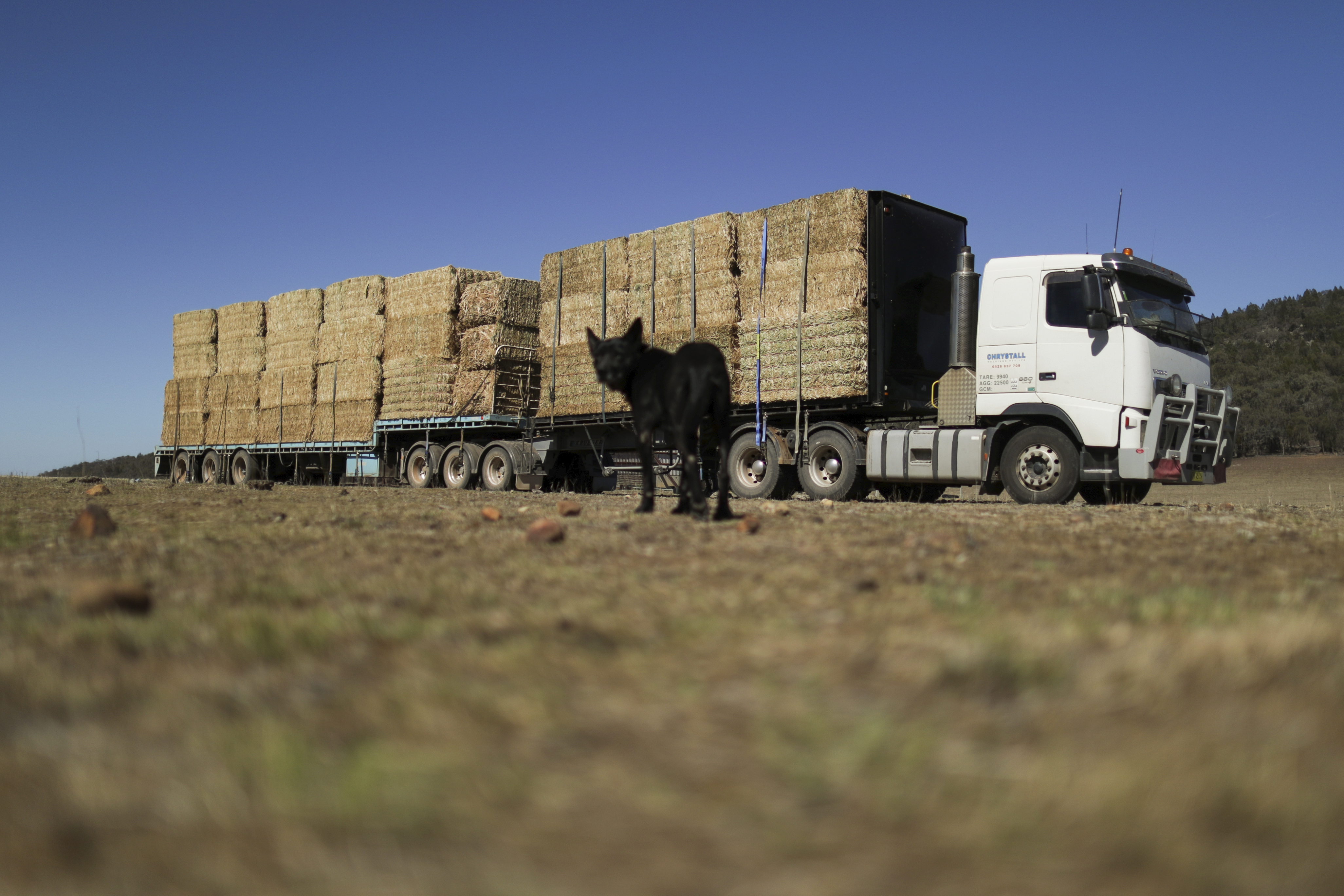 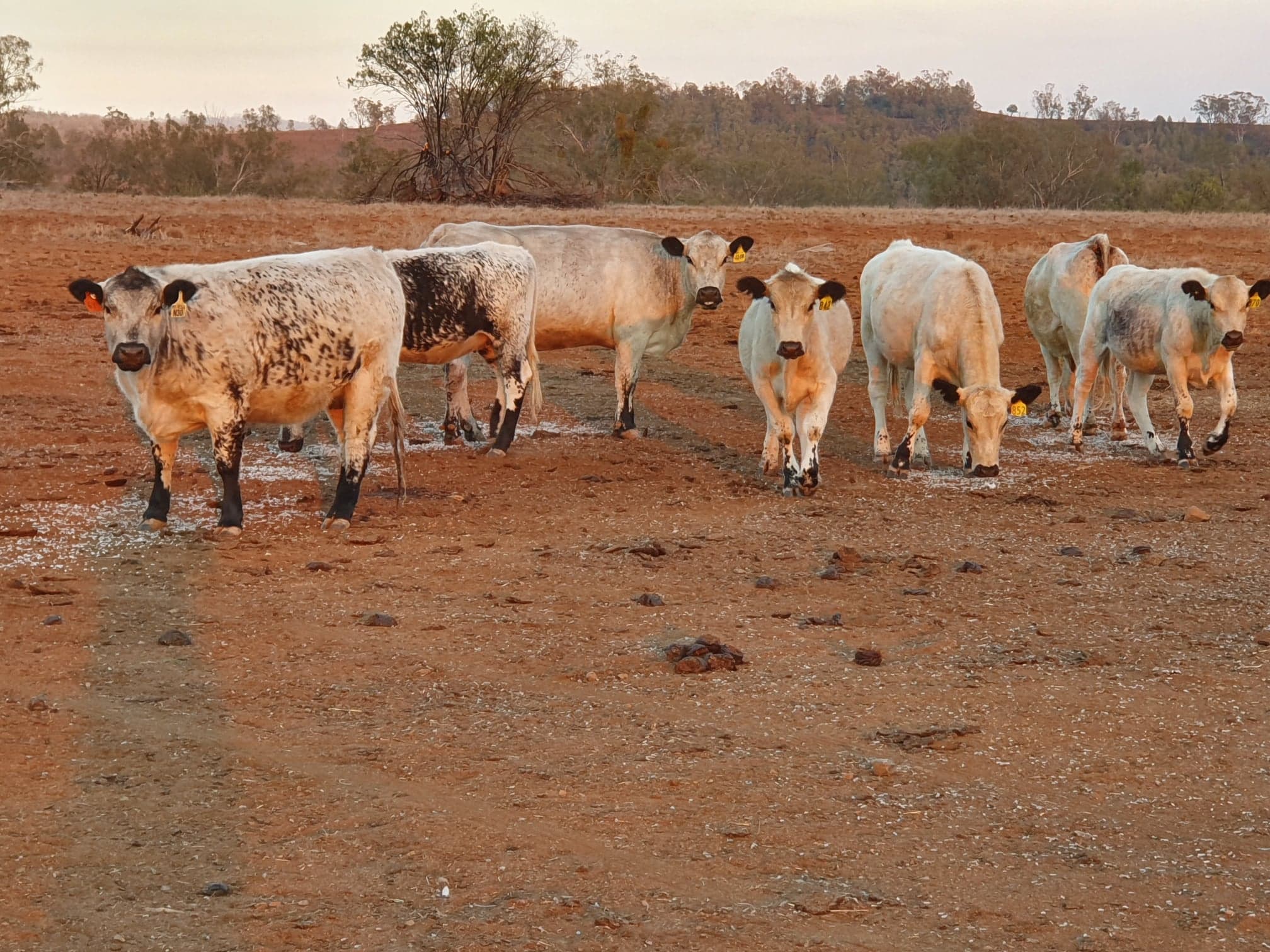 However, Ms King believes more needs to be done to support struggling farmers in regional communities, as the funds have been hard to access.

"All farmers really have is an interest-free loan. We're that far in debt, we just can't take another loan. All this assistance has gone straight to the fires, and the drought has been forgotten," she said.

"This will not help farmers. It's extremely disappointing and does not give us any hope of buying feed for our cattle or keeping the beef industry going as a major industry in Australia."