A man has been rescued after being stuck in a manhole in the middle of a suburban street in south-east Queensland.

A man has been rescued after being stuck in a manhole in the middle of a suburban street in south-east Queensland.

The man became trapped in traffic after attempting to climb out of a stormwater drain as cars passed by on Brisbane Road at Ipswich.

The first to spot the man was driver Clinton Jackson. 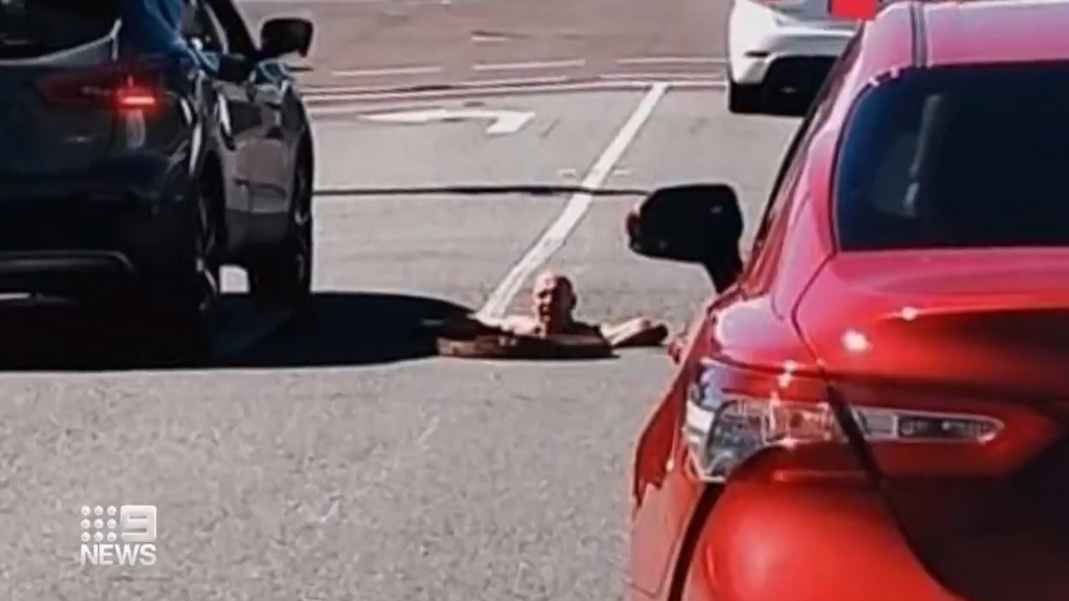 Mr Jackson was driving past and pulled over to ensure a larger traffic accident didn't happen.

"I drove past him at first and then I put the car back into reverse, pulled up and had a quick chat (with him)," Mr Jackson told 9News.

When Mr Jackson asked the man what he was doing in the manhole, he said he was looking for a lost dog that had escaped through a drain pipe nearby on the banks of the Bremer River.

"He went through the tunnels, and he tried getting it back," Mr Clinton said.

The man, who was found in his underwear, was captured earlier on video swimming in the Bremmer before entering the drainpipe, with him having to commando crawl to get to the manhole.

"I was actually amazed how he was able to fit, to be honest – very lucky not to get hit, could've caused a major accident right there," Mr Clinton said.