Police apprehended the man after he crashed into a local golf course and drove up one of the fairways.

NSW police have ended a high-speed pursuit on a golf course after a man was allegedly caught speeding more than 90 km/h over the speed limit with three children in the car.

Officers from the Traffic and Highway Patrol near Wagga Wagga were conducting a routine patrol about 2pm today when they detected a vehicle travelling north on the Olympic Highway at 193 km/h in a 100 km/h zone.

A pursuit was initiated but the suspected vehicle quickly disappeared. 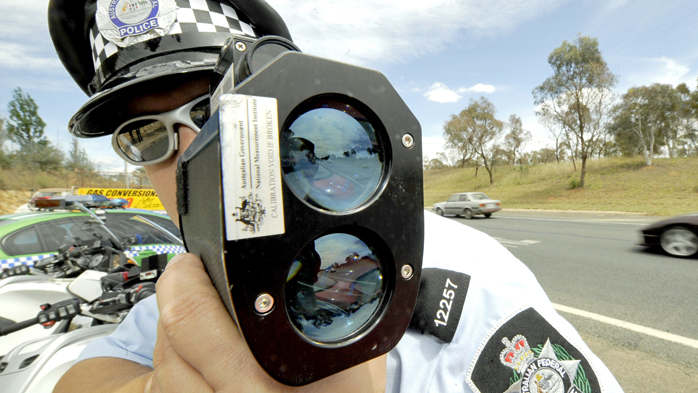 A short time later the officers saw the same vehicle travelling down a side road towards Wagga City Golf Club near the Stuart Highway intersection at Moorong.

Several police vehicles formed a perimeter around the golf course in an attempt to stop the driver, who allegedly smashed through a barrier fence and travelled down one of the course's fairways before coming to a stop.

The driver of the vehicle, a 32-year-old man, exited the vehicle and entered a shed on the side of the golf course.

Officers arrested the man and discovered three children aged 12, 9 and 8 were inside the car.

He has been taken to Wagga Wagga Police Station and the children, who are uninjured, have been placed into the custody of their mother.

Anyone with information about this incident is urged to contact Crime Stoppers on 1800 333 000.