Blistering heat. Driving rain. Thousands of dollars’ worth of coffee and Gatorade. More than $7 million worth of vehicles and just as many opinions.

Blistering heat. Driving rain. Thousands of dollars' worth of coffee and Gatorade. More than $7 million worth of vehicles and just as many opinions.

Finding the best car in the country is no mean feat.

Now in its fifteenth year, Drive's Car of the Year award is a logistical exercise more akin to herding cats (and keeping them cool) than a leisurely drive in the countryside.

Awarded to the family-friendly KIA Sorento – which brought to the table surprising driving dynamics, segment-leading value and enough features to distract even the most iPad-beholden kids – the 2021 edition proved to be one of the most brutal on the judges. 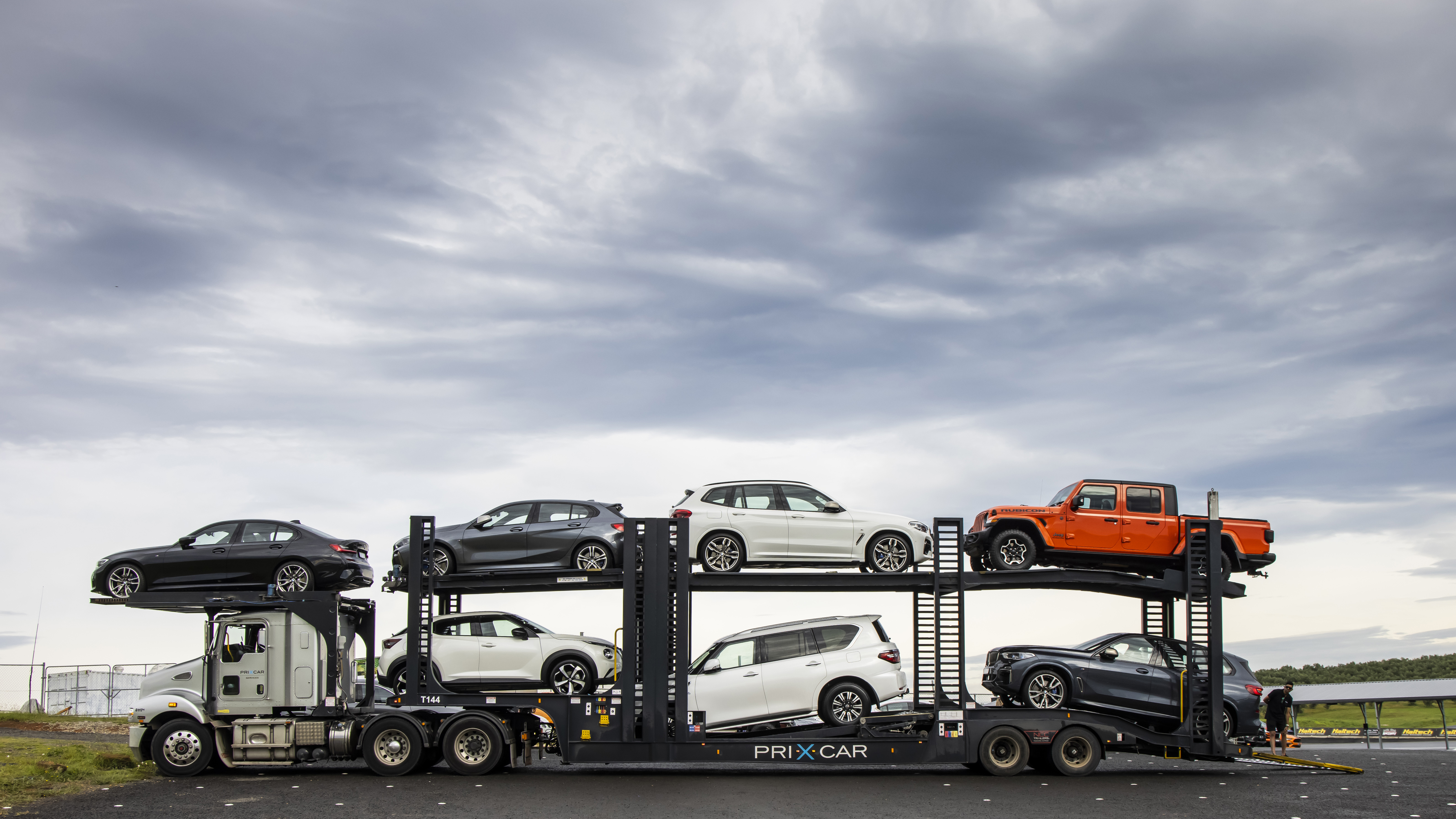 A full list of this year's winners can be found below.

After whittling down a bowser-bursting selection of 600 vehicles, the dedicated team of seven Drive judges took to a week at Luddenham Raceway in Sydney to have the cream of the crop battle it out.

Despite having the track to themselves, it wasn't a case of fanging each car around the circuit and giving the gold medallion to the quickest.

Each vehicle was marked against a set of criteria that are most relevant to the consumer including driver technology, comfort, safety, ongoing running costs, plus all the fun stuff including performance and handling. As Drive Managing Editor and judge Trent Nikolic tells 9News.com.au, while a German-bred rocket that slots a 0-100 time of 2.2 seconds may be the frontrunner to tickle any petrolhead's fancy, you're going to struggle to fit a baby seat in it.

"The only thing I tell the judges is to keep in mind what moves the game forward the most, for the most Australian buyers," Nikolic says.

"A Porsche 911 Turbo S? Awesome car. But at half a million dollars, how many Australians are going yeah I'll have one of them to run the kids to school?" 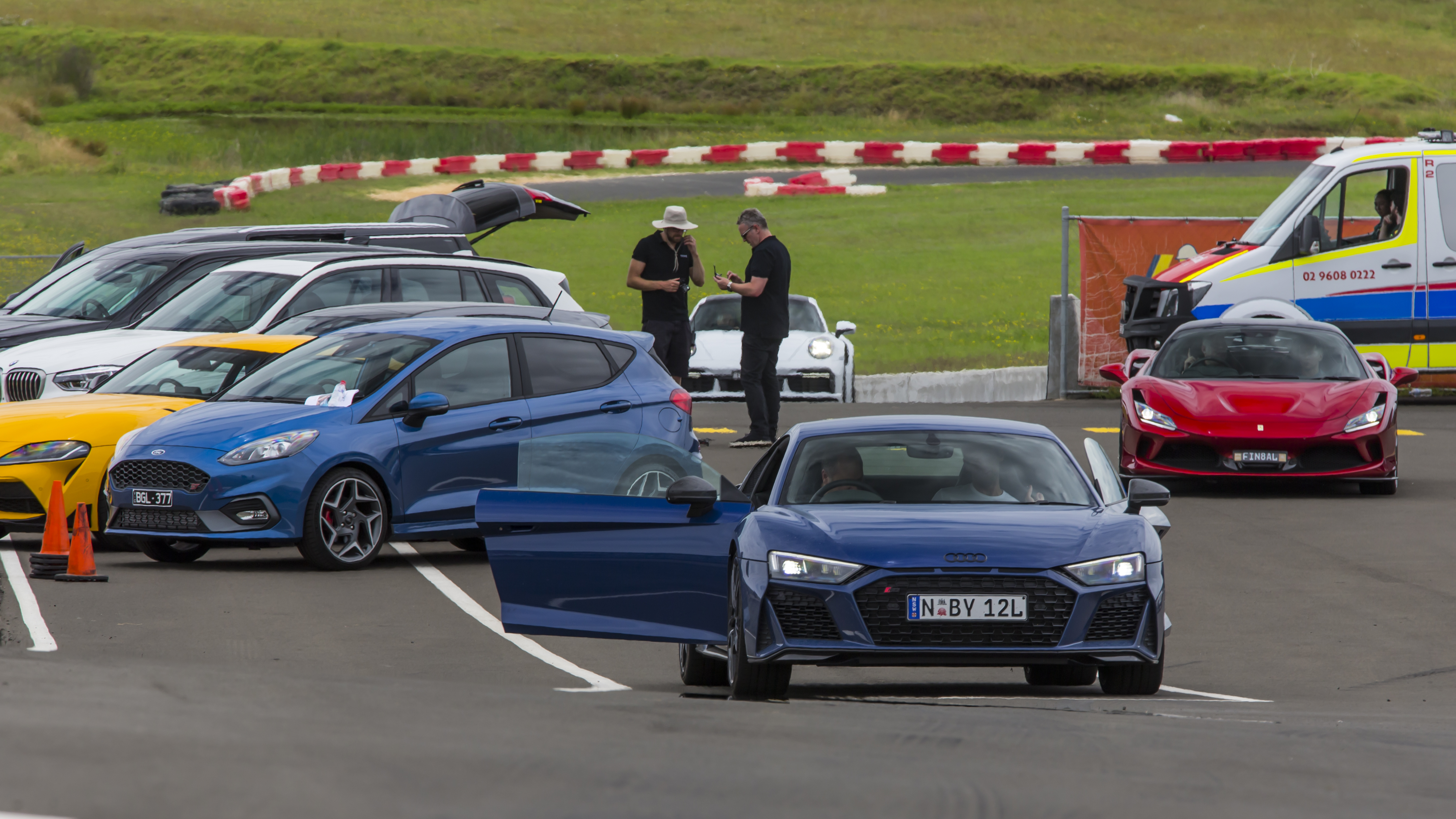 Following almost 12 months of testing, the team assembled 89 segment-leading vehicles to try and split hairs and scratchy plastics to find the overall winner.

In total there were $7.1 million vehicles in the fight, with the cheapest being a plucky Kia Picanto at $18,240 and the most expensive being a $484,880 Ferrari.

If you parked each of the cars end-to-end, you'd just about fill up an athletics track and the total weight of the vehicles tipped the scales at more than 144 tonnes.

The cars were ready, the track was clean and all the team needed was the forecast to play ball. 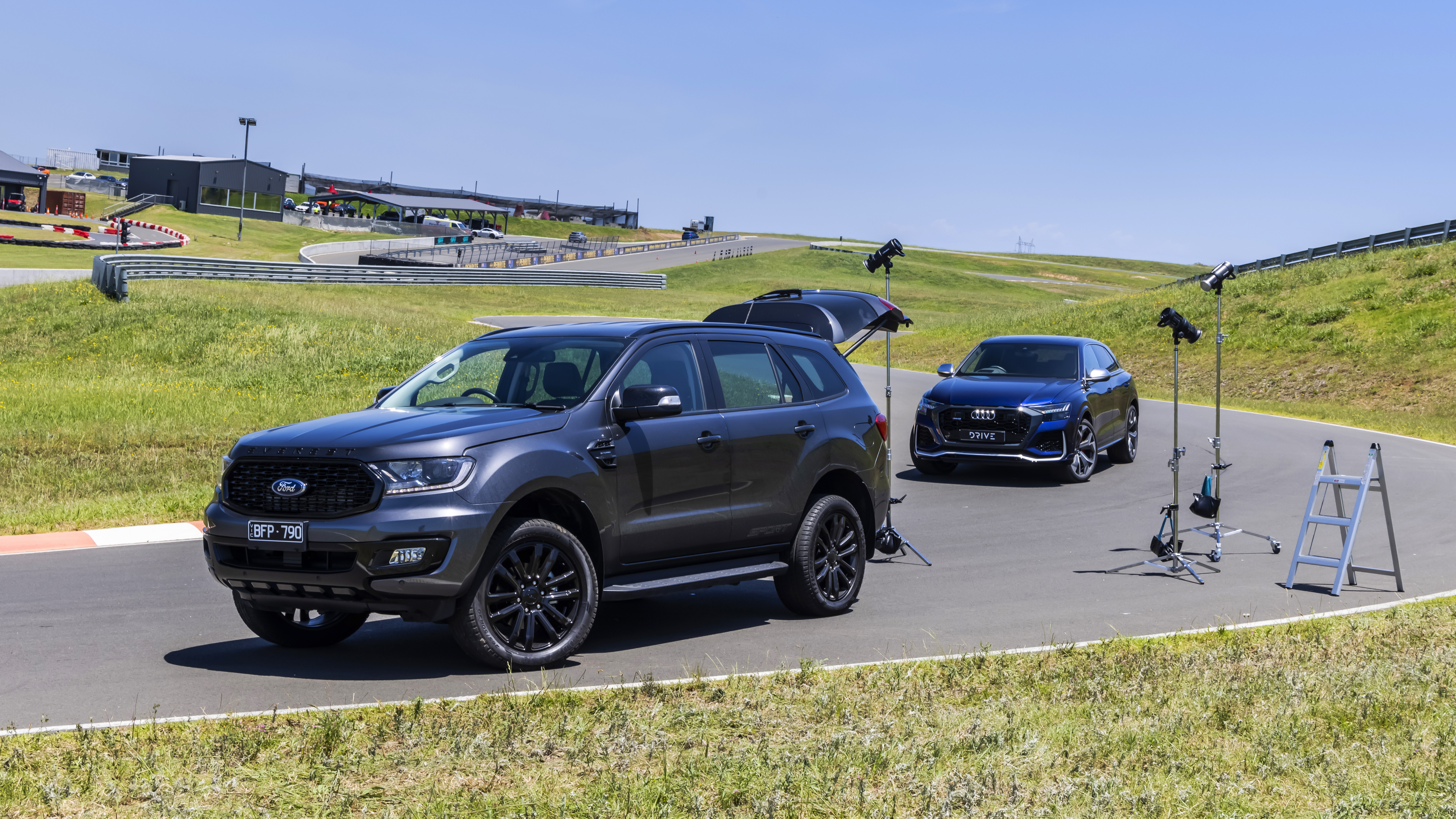 "We had every single weather condition you can possibly imagine. It went from pouring rain and wind to forty-degree heat," said Drive's Director of Content James Ward.

"We had the problem on the last couple of days where the Drive numberplates on the front of the cars for the video shoots was simply melting off."

"We had people go down with heatstroke. And awful hamburgers," interjected Nikolic.

Cars that had been sitting on track waiting for their review boasted internal temperatures of more than 70 degrees.

"We were all pretty taxed by the end of it," added Ward. 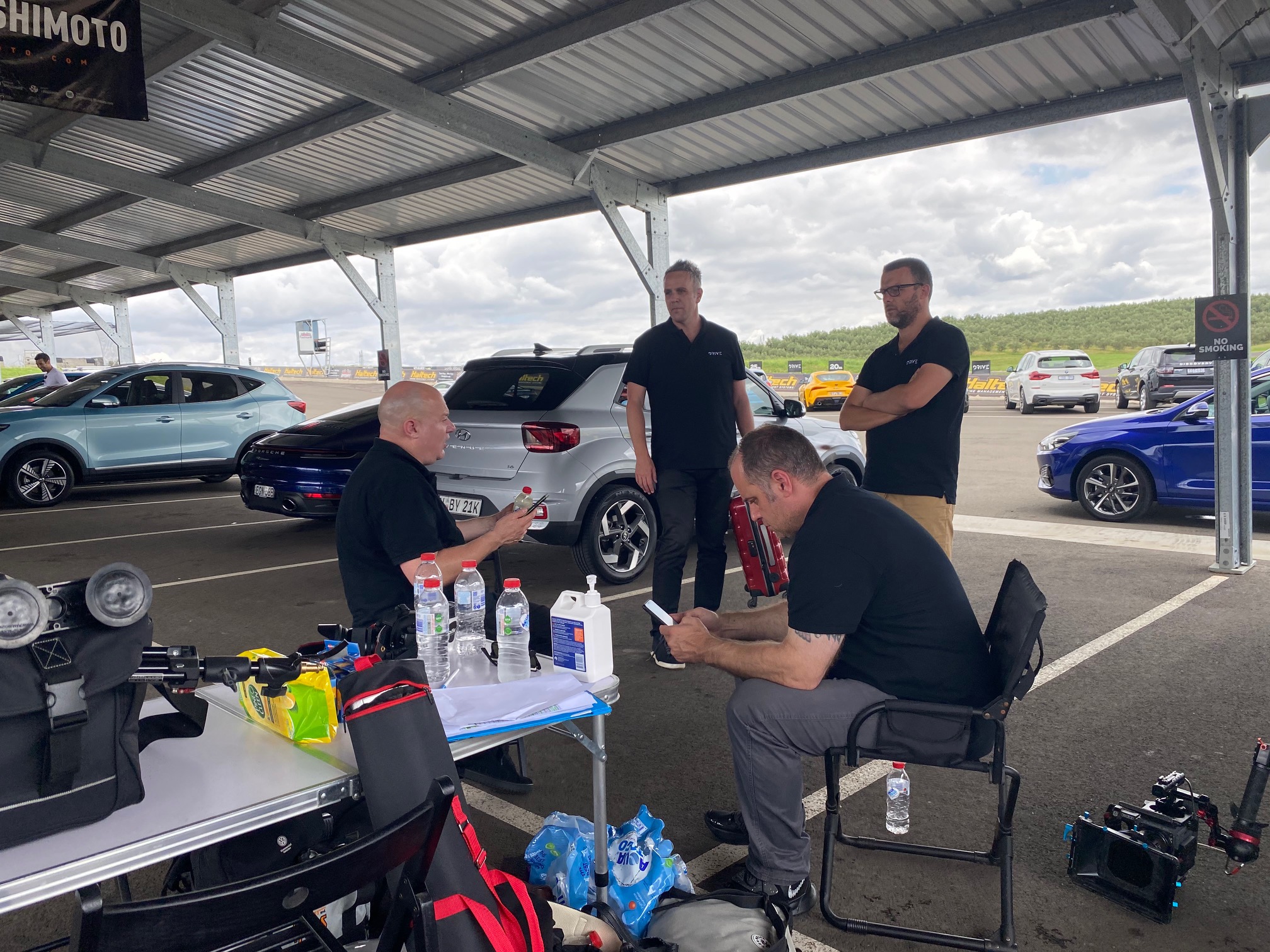 Despite the trials and tribulations of driving Australia's best cars – and taking unlikely track heroes such as minivans through slaloms – the team came through after non-stop 12-hour days to award their winners.

As it turned out, fastest is not always greatest.

"It's really interesting to do those tests like the slalom with cars from all segments. You don't always come away and say the Ferrari is the most fun because it's really stupidly fast," said Nikolic.

"It is stupidly fast but it's also intimidating for a lot of people and you can't access that last bit of the performance envelope like you can in something like a Ford Puma." 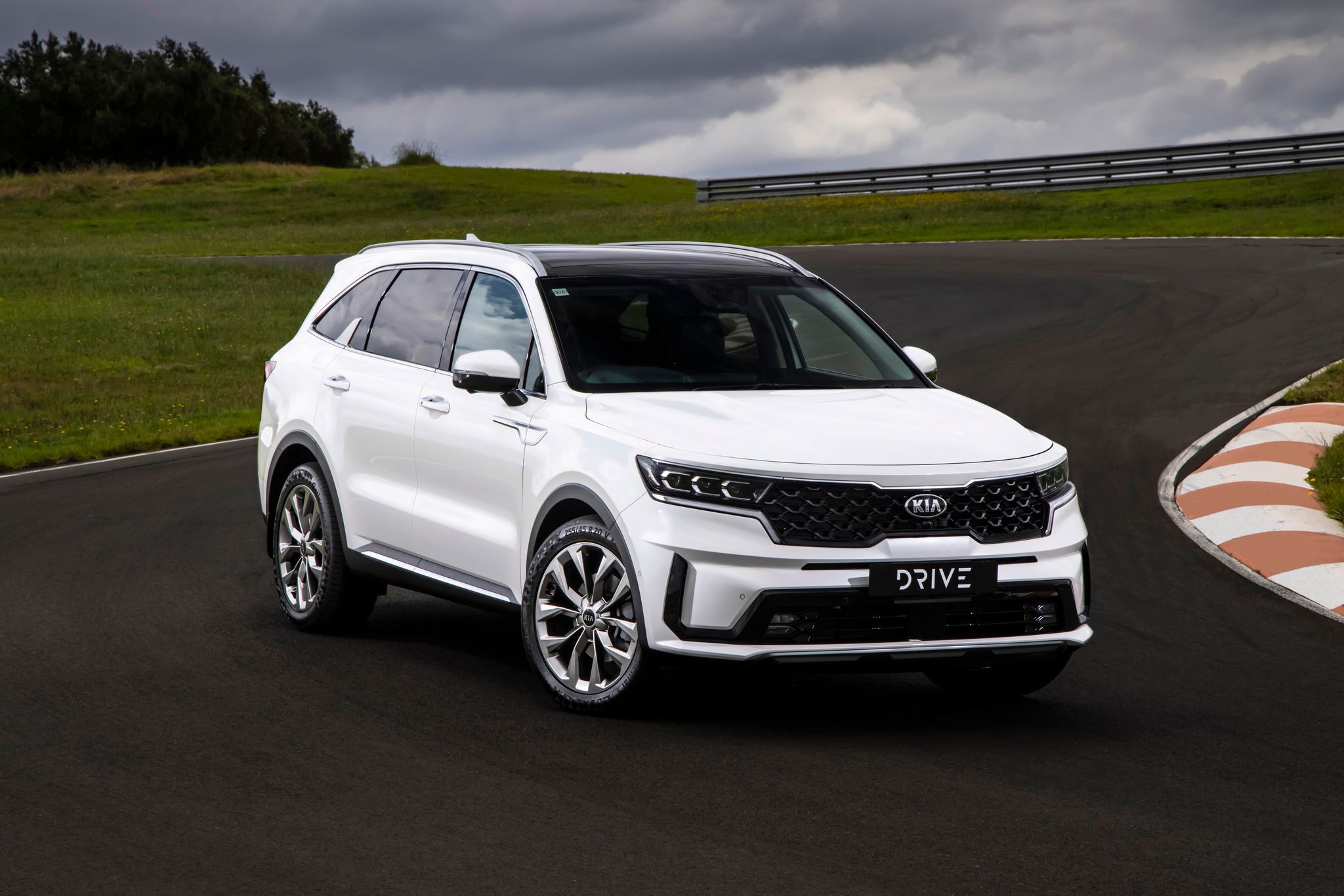 Other diamonds in the rough also shone through despite not boasting track-ready capability.

"The car that surprised us the most and was right up there in the final standings was the KIA Carnival, a people mover," said Ward.

"If you had said to us this time last year that one of the frontrunners for Car of The Year would be a van, we would have laughed. 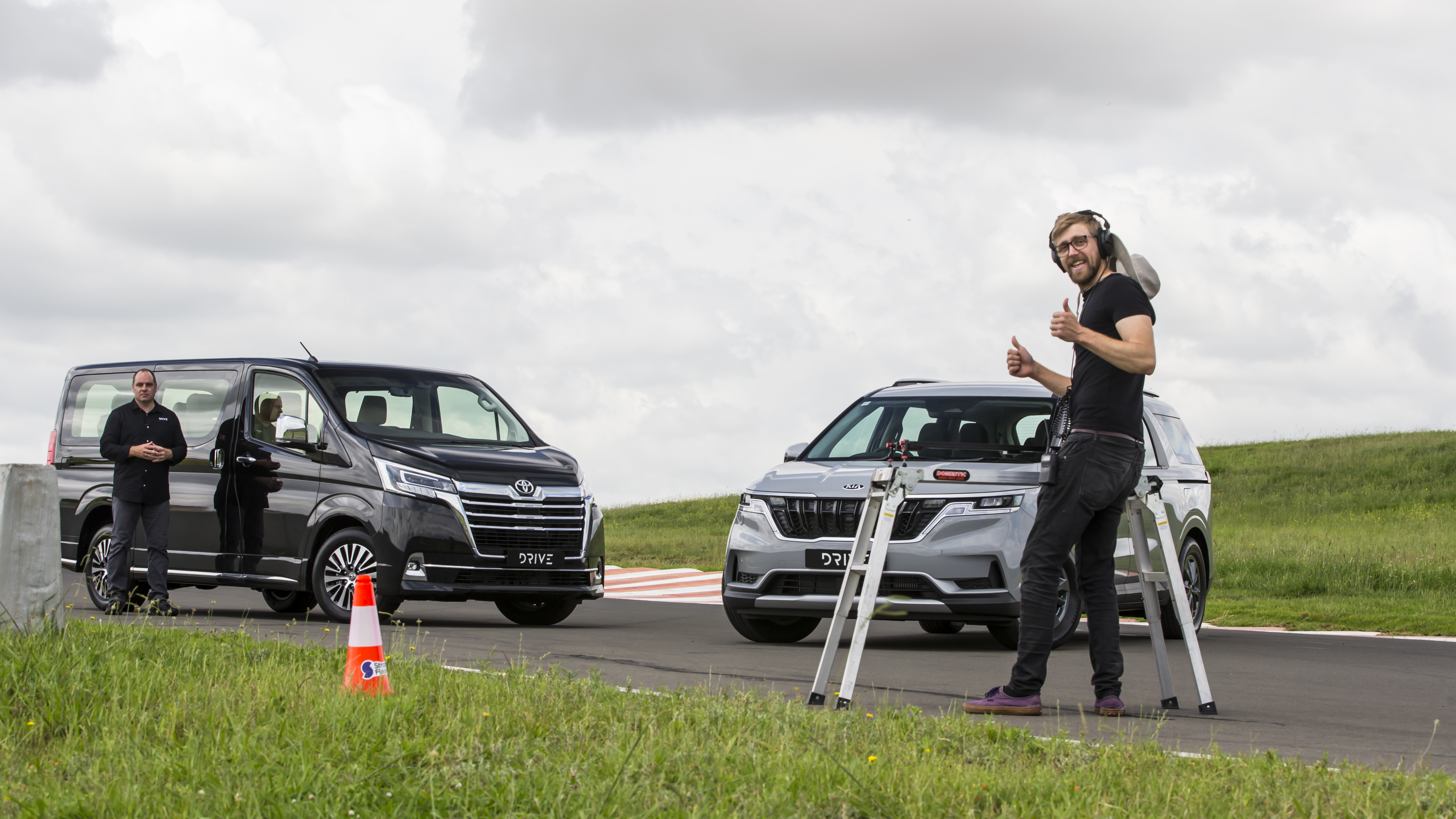 After a litre of sunscreen, six cans of fly spray and several heated debates – pitched as "banter" between the crew – the winners were found.

"At that point when you're trying to get to the winner you're looking at knee room in the second row, USB charging ports or which one has better graphics," says Nikolic.

"We had to get down to that level because in some categories, everywhere else you just could not split the contenders." 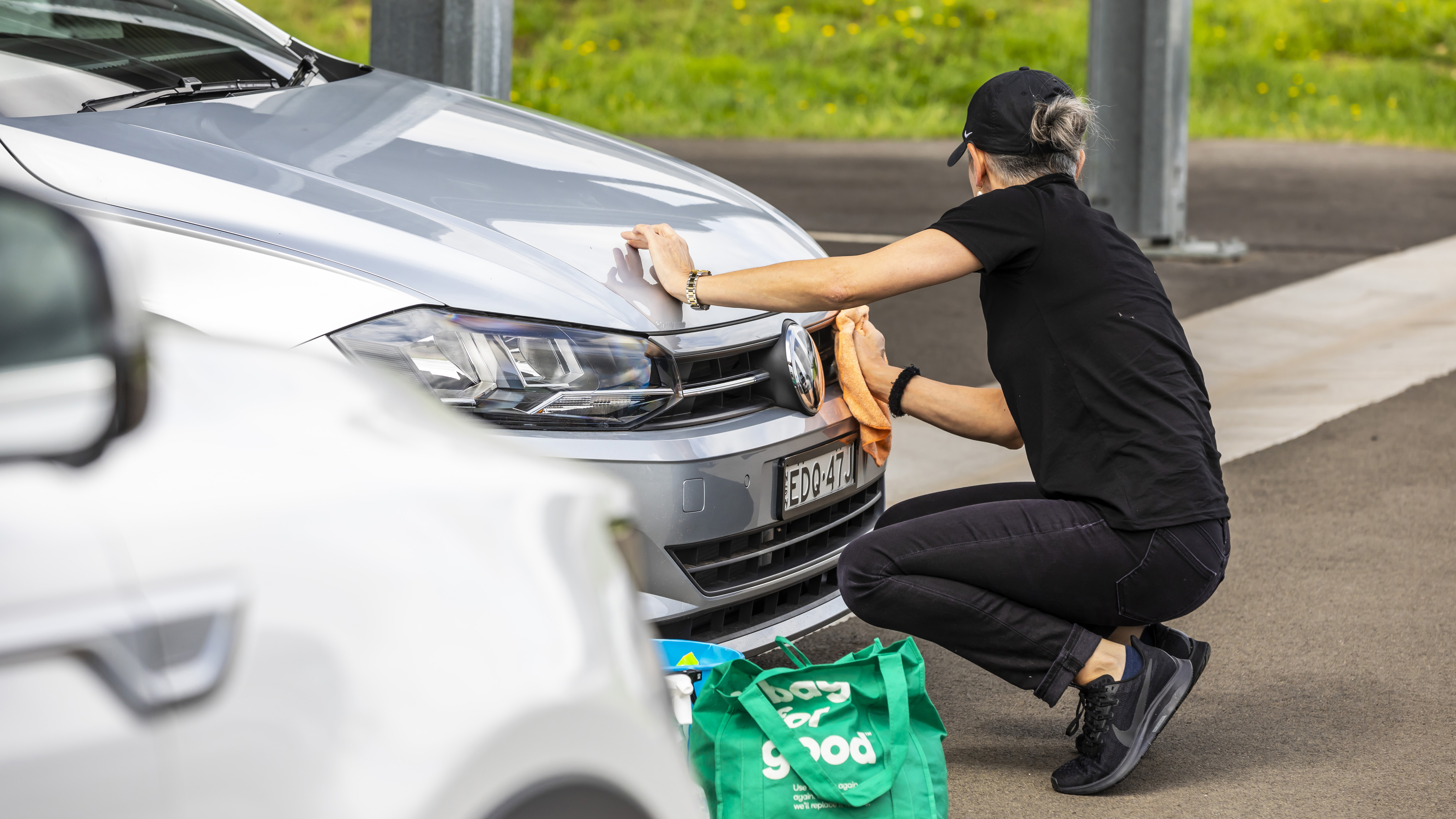 2021 Drive Car of the Year: The full list of winners

Car of the Year: KIA Sorento

READ:  Passenger critical after being hit by 4WD while changing a tyre

For more information and detailed analysis of each winner, visit www.drive.com.au.