He came into public consciousness in 2018, describing himself an advocate for disenfranchised young Londoners and a defender of drill music, which had been accused of glamourising violence.Fast forward two years and Drillminister, instantly recognisabl…

He came into public consciousness in 2018, describing himself an advocate for disenfranchised young Londoners and a defender of drill music, which had been accused of glamourising violence.

Fast forward two years and Drillminister, instantly recognisable by his balaclava and circular gold glasses, is to run for London mayor, HuffPost UK can reveal.

The rapper, who grew up in south London, said he wants to advocate for people who feel politically underrepresented.

“I didn’t really make the choice to go into politics,” he said. “The public want someone to represent them.

“The people that talk to me through my social media, when people see me in the street, when I’m on the way to shows, when I’m at shows – they don’t feel represented.

“They felt as though I was the perfect candidate. I just took up the responsibility. I didn’t really choose this – it chose me.”

Asked if he would consider removing his balaclava should he be elected, he said it would stay on – it is a deliberate move to conceal his identity, and he hopes it will force people to focus more on his message than his identity.

It is understood his legal name won’t have to appear on the ballot paper, either, as Drillminister is classed as his commonly used name.

The balaclava is certainly a talking point – it’s seen him mocked and sidelined by parts of the press and some members of the public.

But he says the most important thing is that he reflects the ordinary people who live in the capital. 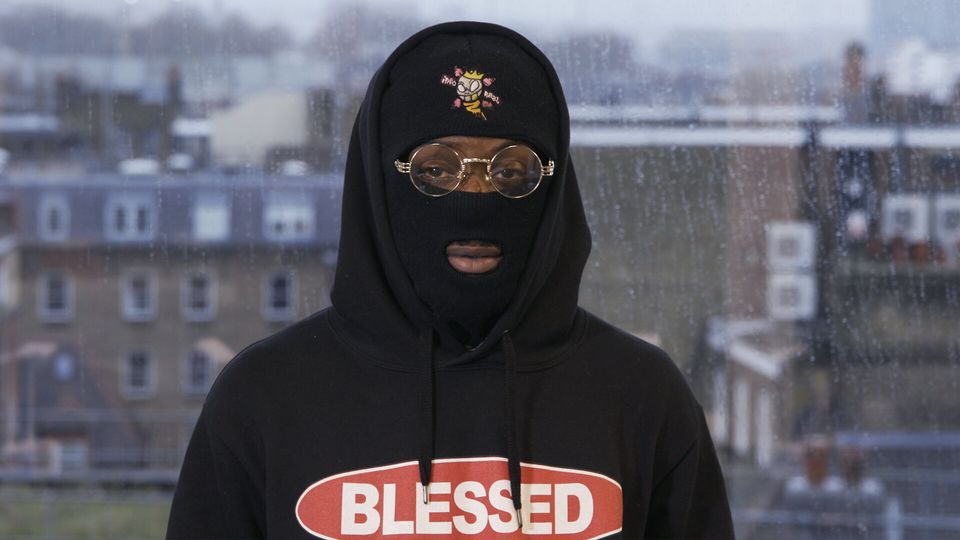 “We need a mayor that resembles what people recognise as a Londoner, as opposed to somebody dictating to them what a Londoner is,” he said.

“I’m trying to relate to people of all classes, all races, and let them understand you shouldn’t fear what you don’t understand.

“Don’t judge a book by its cover because I’m here to do some serious changes for London.”

In his manifesto, the rapper pledges to tackle issues around transport, mental health support and housing in the capital.

With an aim to make “every TfL journey feel like first class”, Drillminister said he would prioritise rolling out cleaner buses to tackle air pollution.

He also wants to reduce homelessness and introduce a contactless card that can be topped up to provide food, hostel accommodation and clothes.

READ:  Mortgage auctions taking off as homeowners try to get a better deal

"If Donald Trump, with no political background can become president, which person in Britain can tell me I am not gonna become London mayor?"Drillminister

The aspiring politician has also drawn inspiration from an unlikely source: Donald Trump, who he points out also had “no political background” when he ran successfully to become US president.

“People didn’t take Donald Trump seriously when he was running,” he said. “He’s the most powerful man in the entire world.”

He added: “I’ve got a following, belief in myself and drive to make sure that this happens. Sadiq Khan ain’t willing to go the test of time. I really have this city.”

How have the other mayoral candidates reacted to his candidacy?

“They ain’t never seen politics like this before,” he said. “They never expected that a drill artist, someone from this background and this world, would have the balls to stand up.”

“The streets ain’t never had no voice.

“This is not even about me. It’s about the five-year-old who’s watching me right now and thinks: ‘Something I never believed is possible is possible.’ That’s what I’m here to do. That’s what the whole mayoral campaign is about.” 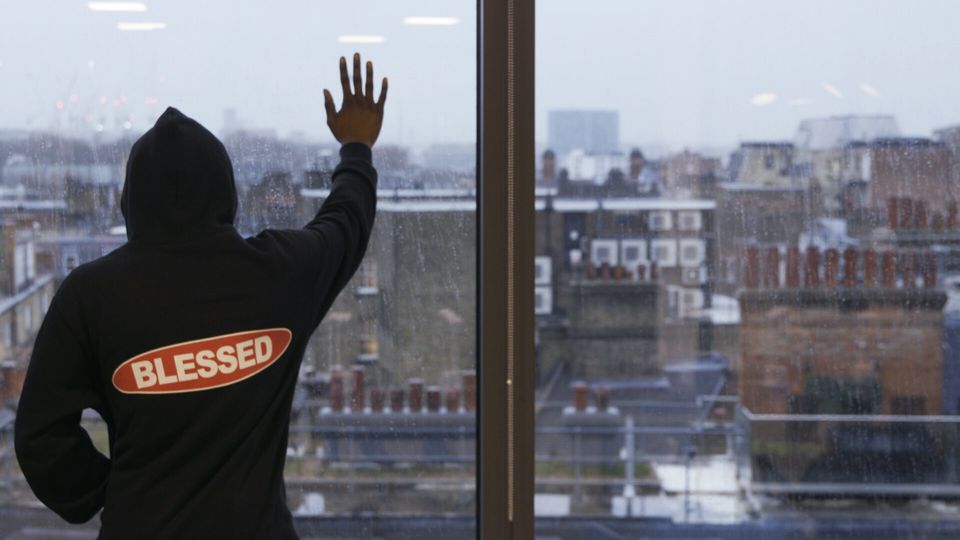 Another item high on Drillminister’s agenda is tackling youth violence, which the rapper believes has very little to do with drill music.

In a 2018 interview with HuffPost UK, he said: “People that are blaming drill for violent crime in the UK don’t understand it. They’re just pointing the finger. It takes a smart person to delve in and see the truth behind everything that’s going on.

“We didn’t make society the way it is – we’re just a reflection of it. We live in a cesspool – so that’s the music you’re gonna get until the situation has changed. [Until then] the scenario’s going to be the same.”

Drillminister wants to prioritise diversifying the Metropolitan Police Service. This, he says, will, help to curb crime.

According to recent statistics, 93% of police officers are white and just 6.9% were Asian, Black, mixed or other ethnic groups.

Some 4% of senior officers were from the Asian, Black, mixed and other ethnic groups combined, compared with 2.8% in 2007.

On Monday, police chiefs admitted they have been too slow to boost diversity in the ranks and still have a long way to go, almost 21 years since a landmark report into race and policing triggered promises of radical change.

“Communities are fractured because they don’t wanna engage with the police,” said Drillminister.

“The way they see it, the police don’t have their best interests [at heart]. When you’re seeing an unfamiliar face, or something you can’t identify with, when there’s no common ground – that’s going to be a problem.”

The rapper maintains that at-risk young people are treated as “undesirables” and ignored, which in turn creates the conditions for violence and gang activity to get worse.

“An undesirable is someone who’s not considered to be perfect,” he said. “A sex worker, an immigrant, someone from an ethnic minority group, somebody of a protected minority group, felons, reoffenders; people trying to find their way through this maze we call London life.

“Crime stems very, very early when it comes to youth crime and this comes from us abandoning the people of London that we deem as undesirables.

“We put them in a box and don’t value them as human beings, [so] we can’t be surprised when there are repercussions. We need to treat everybody with a certain level of humanity.” 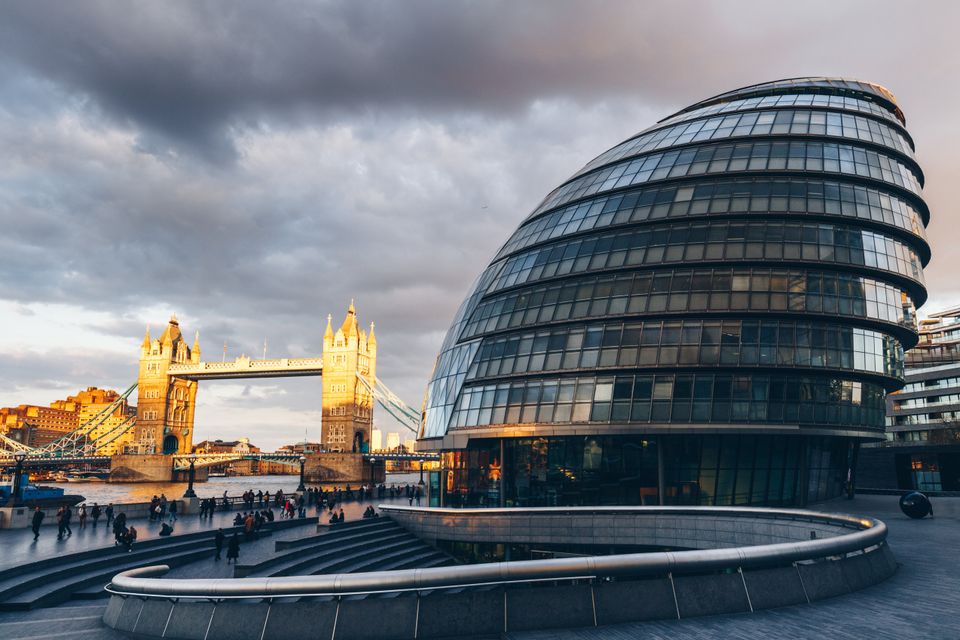 Drillminister’s political ambitions seem to have been a long time in the making.

Through a collaboration with Channel 4 in 2018, the rapper used violent quotes from MPs to create a track called Political Drilling. The piece demonstrated a clear double standard between drill music being cited as a cause of the rise in violence in London and politicians employing similar language with impunity.

Speaking on BBC Victoria Derbyshire in September 2019, the rapper called for the government to act faster to tackler air pollution. He released a song, Choke, highlighting the detrimental impact of climate change.

His track People’s Vote formed part of a campaign called “No Vote, No Voice”, funded by the Joseph Rowntree Reform Trust, encouraged young people to register to vote before the general election in December 2019.

He was even instrumental in the term “Wasteman” – someone stupid, or behaving stupidly – being added to the Oxford English Dictionary after the word was used on Russia Today.

If successful, the rapper would become the first Black mayor of London, and the youngest.

Is he intimidated by leading opponents such as Sadiq Khan, Shaun Bailey and Rory Stewart? In a word, no.

He explained: “Where I’m from, you have serious ‘ops’ – opponents, men who are trying to take your life.

“These opponents here [his political rivals] are a walk in the park. They’re not prepared for what I am willing to do, the lengths I am willing to go to ensure that we have the best London.”

But offering kind words about present mayor Sadiq Khan, Drillminister said: “he has done his ting. You’ve got to give Sadiq Khan his props – the first Muslim mayor probably in the western world and he’s made a massive impact. I can’t take that away from him. History books can’t take that away from him. But is London really on his agenda or is it No.10?

“When I’m seeing mothers whose sons have passed away [through knife crime] I don’t see Sadiq. I’m out here; I don’t see him. In terms of the way that London’s been running, are we really being looked after?” 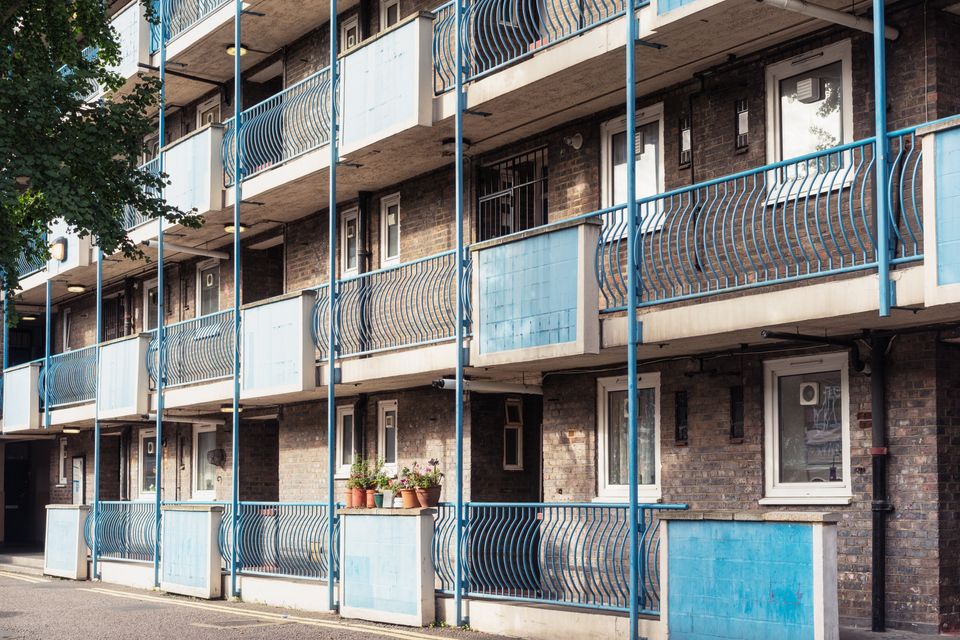 Drillminister was less than favourable towards Conservative candidate Shaun Bailey, describing him as the “Tories’ lapdog” and a “sell out” because his party is not perceived to have the interests of Black people at heart even though Bailey himself is Black.

“It’s his job to do the likkle sell out ting and go gather voters but that’s not gonna work because the people are not gonna be fooled,” he said. “We know what politics is about; that’s why I’m not approaching this like a politician.

Both men clashed during a BBC Newsnight appearance and Bailey laughed when Drillminister said he wanted to run for mayor.

Penning an article later, Bailey suggested Drillminister advocates for violence writing: “There’s a reason artists like Drillminister, who appeared with me on BBC Newsnight, feel like they have to cover their faces.”

Drillminister told HuffPost UK: “If you rearrange the letters in ‘policies’, you can spell the word ‘lies’. I’m approaching politics like a humanitarian,

“I’m here for the person who no one’s really thinking about: the guy that’s at home, depressed, taking pills, Universal Credit is not paying him his money, he doesn’t know where his next job is coming from, he’s going to the office, getting rejection calls, really thinking about if this London benefiting him.

“I’m thinking about the guy you see these politicians walk past on the Underground and a man busking for his little £5 to get some food for the night. That man’s a voter. If you give him an opportunity, a place to stay, he can vote and make a difference in the world.