A railroad worker has saved the life of a child who slipped and fell onto the tracks at a station in Mumbai, India.

A railroad worker has been praised after he saved a child who fell onto train tracks in India.

The child was walking with his blind mother along a train platform in Mumbai, when they veered towards the tracks.

The child fell off the train platform and landed on the track, which left the mother disraught. 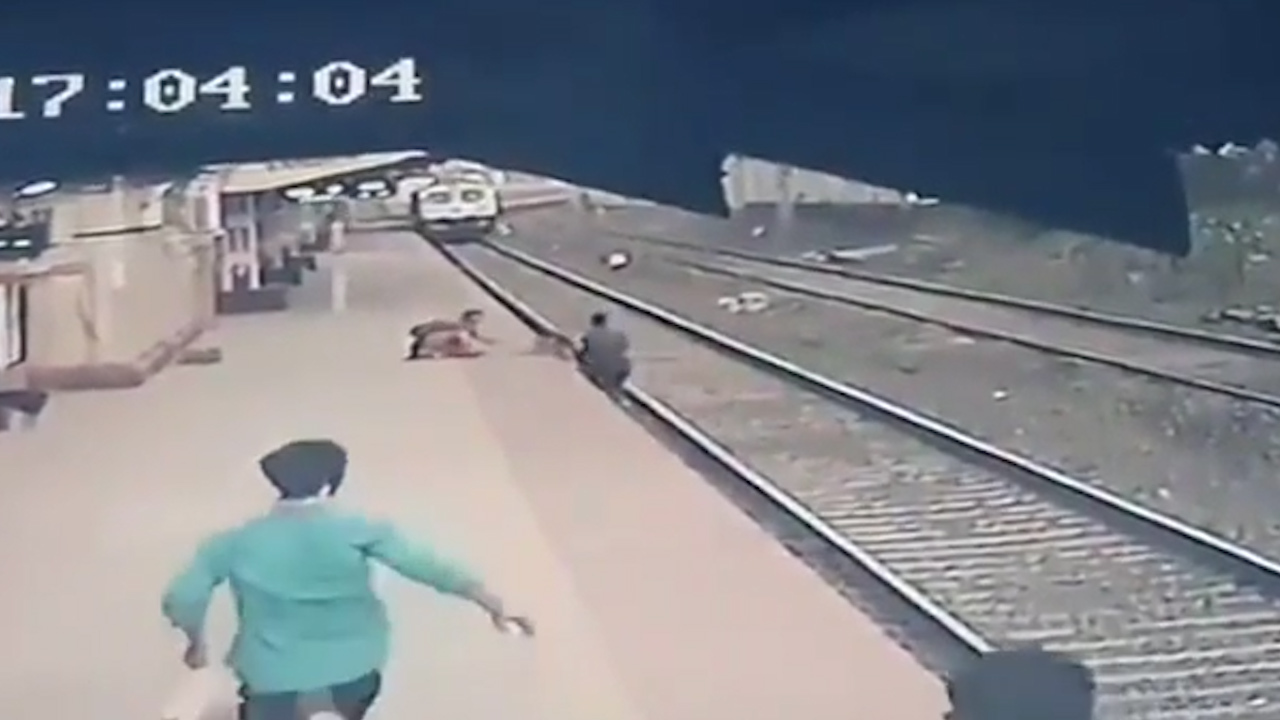 The woman called out to her son and motioned for the boy to come towards her as the train approached.

A railroad worker who saw the incident, jumped onto the tracks and ran towards the boy.

With the train mere seconds away, the man lifts the boy up onto the platform before jumping back up himself.

Strangers flock towards the mother and son to comfort them after the near-miss, as the train roars past the platform.

While shaken, the child did not sustain any injuries.

The incident was captured on CCTV cameras by India's Ministry of Railways.

The railway employee, identified as Mayur Shelkhe, has been praised on social media. 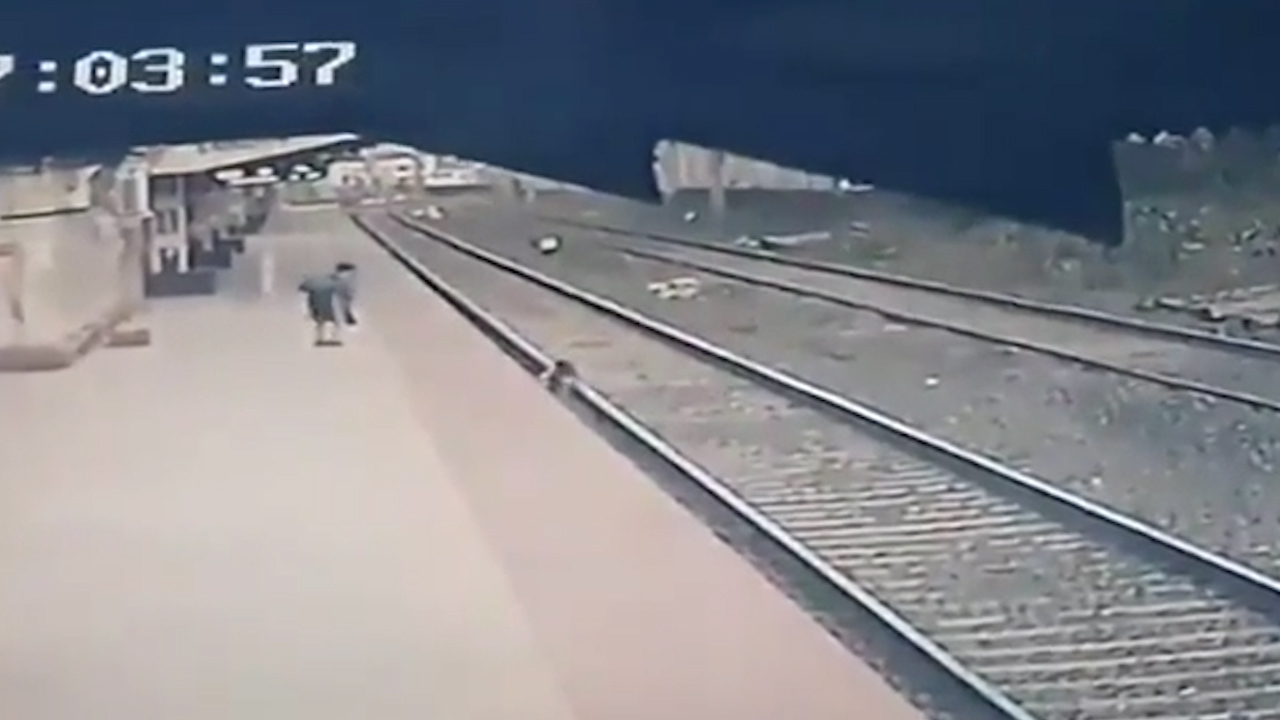 The Ministry of Railways described Mr Shelke as a "good samaritan" on Twitter.

"At Vangani station of Central Railway, Pointsman Mr Mayur Shelkhe saved the life of a child just in the nick of the time," the Ministry of Railways said.

"He risked his life to save the life of the child. We salute his exemplary courage and utmost devotion to the duty".