Dozens of people were saved at Victorian beaches yesterday as the state reached its hottest day of the year with people flocking to the coast for the long weekend.

More than 30 people were pulled from the ocean just days after two men drowned in separate incidents at Anglesea and Barwon Heads.

One teenage girl was airlifted to Geelong hospital after getting into trouble in while swimming at Marengo near Apollo Bay. 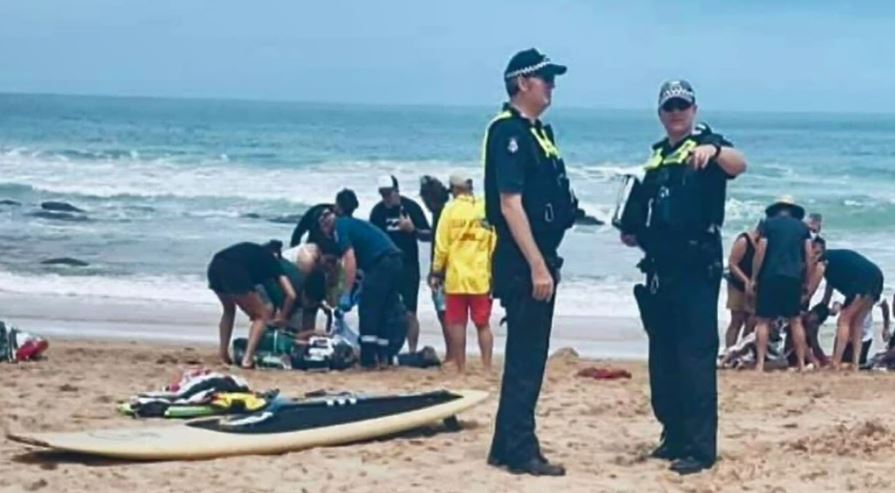 Its understood the 18-year-old and her friends started to struggle in treacherous spot about 2.30pm and while swimming outside the flags.

Fellow beachgoers were forced to get into the water to try and help after witnesses say they heard screaming coming from the water.

"She was quite blue ... that is what the nurse said ... that she had seen the signs it that it was quite dangerous, and very unresponsive. 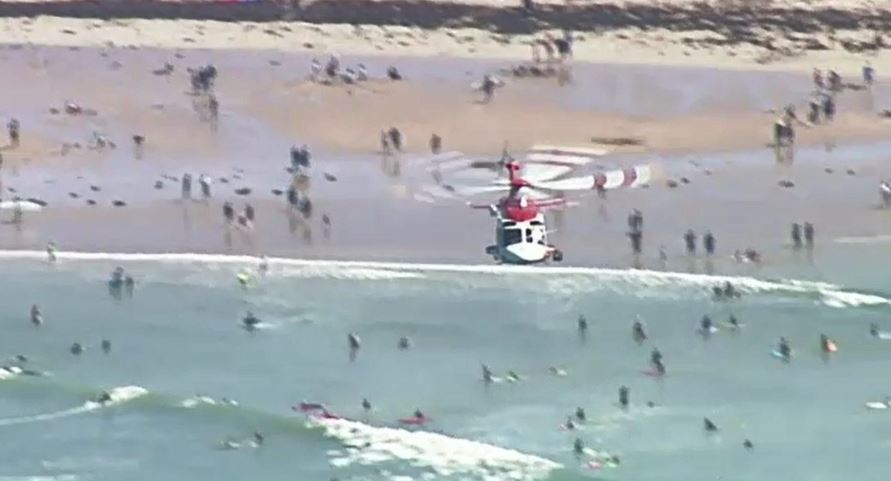 "We were covering her with towels and people were rubbing her. It was critical," she said.

The 18-year-old girl arrived at Geelong University Hospital in a stable condition.

Another teenager from the group was taken to hospital by road ambulance.

In just the last two days close to 100 people have had to be saved in Victorian waters.

There were two separate instances in Fairhaven yesterday, along the same coast Apollo Bay.

READ MORE: Girl, 4, dies after being pulled from Melbourne lake on horror day of drownings 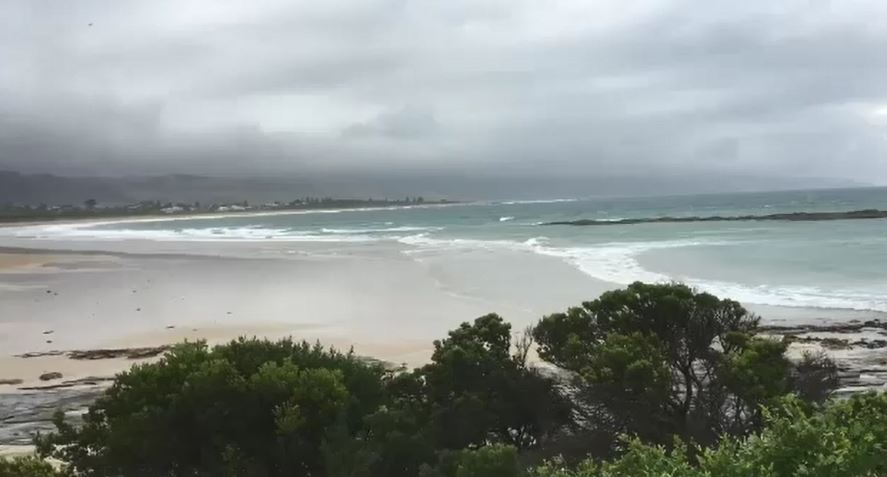 In both cases it is understood those swimmers were swimming a couple of hundred metres away from the flags.

Authorities are imploring people to be vigilant about water safety during a particularly grim few months of drownings in Victoria, with 42 people losing their lives since July last year.

"We are scared for these people's lives, they are making decisions that are putting them in harm's way and may result in them not coming home from the beach, when they could make an easy decision to swim another 200m away," Life Saving Victoria director Kane Treloar said.