Archaeologists have found the bones of about 60 mammoths at an airport under construction just north of Mexico City, near human-built “traps” where more than a dozen mammoths were found last year.

Archaeologists have found the bones of about 60 mammoths at an airport under construction just north of Mexico City, near human-built "traps" where more than a dozen mammoths were found last year.

Both discoveries reveal how appealing the area – once a shallow lake – was for the mammoths. The National Institute of Anthropology and History said Thursday there was no immediate evidence that the 60 mammoths newly discovered at the old Santa Lucia military airbase had been butchered by humans. 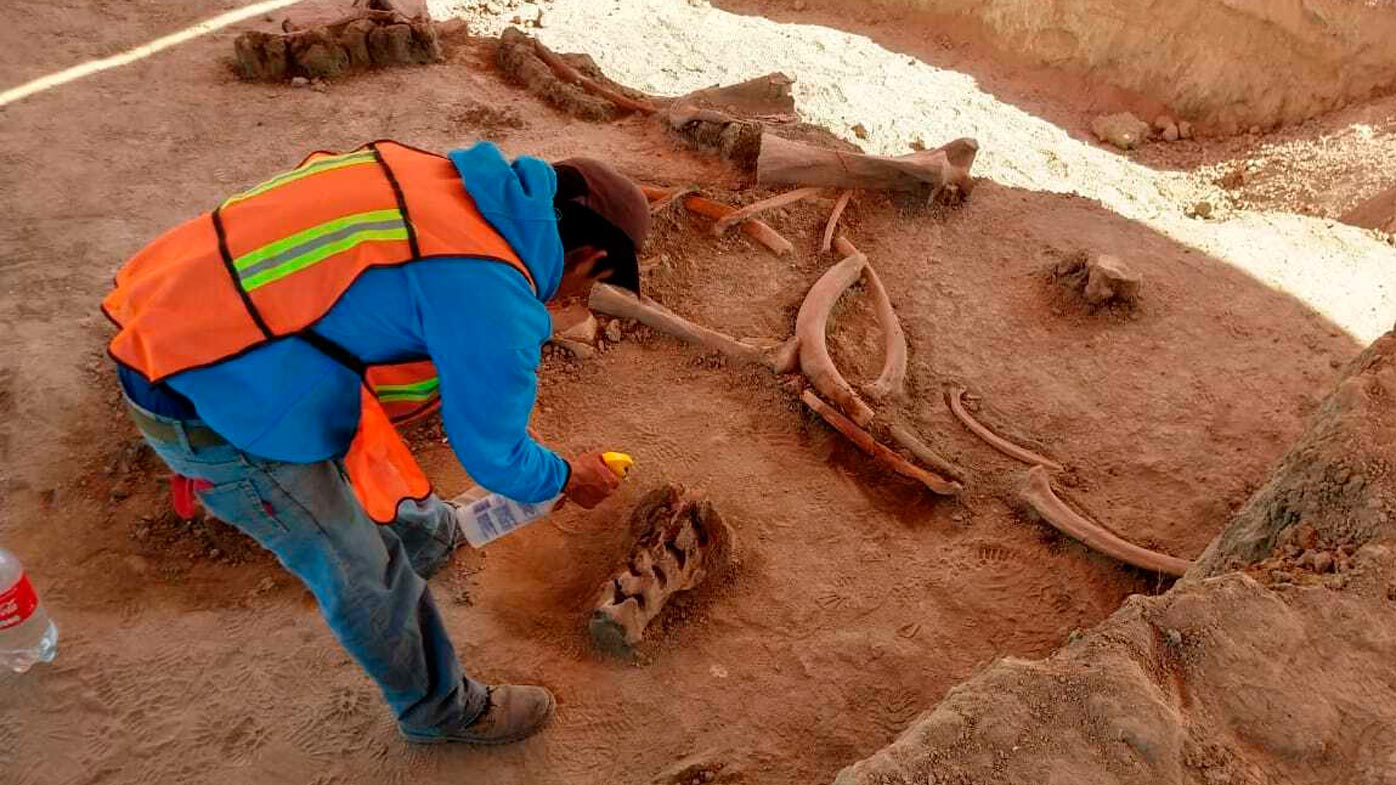 Institute archaeologist Pedro Sánchez Nava said the giant herbivores had probably just got stuck in the mud of an ancient lake, once known as Xaltocan and now disappeared.

But the bones will be subject to further study, because Sánchez Nava said humans might have carved up the mammoths once they got stuck. About 15 human burials with simple offerings were found nearby, but they probably dated from around 500 to 1000 years ago, long after the mammoths had disappeared.

That was quite different from the mammoth pits found in the hamlet of San Antonio Xahuento, about 10 kilometres away. There, two human-built pits were dug 15,000 years ago to trap mammoths, which were apparently very plentiful in the area, and which apparently couldn't clamber out.

The pits were found during excavations on land that was to be used as a garbage dump. They were filled with bones from at least 14 mammoths, and some of the animals appeared to have been butchered.

The institute said hunters may have chased mammoths into the traps. Remains of two other species that disappeared in the Americas – a horse and a camel – were also found.

READ:  Police given special powers after fatal stabbing of teenager

The work on the airport started late last year, and Sánchez Nava said the existence of mammoth remains had long been suspected there.

He said nothing had been found that would require halting work on the airport project, in which the old military base is being converted into a civilian terminal.