Students and teachers have been treated by emergency crews as they rushed to help when aircraft let the fuel go.

Dozens of people have been injured in Los Angeles after a plane dumped a load of fuel over three schools. Video showed fuel streaming from the low-flying jet and people in a schoolyard in Cudahy, in Los Angeles' south-east, scurrying for cover

Los Angeles Unified School District Police Sergeant Rudy Perez said 28 students and adults were affected at Park Avenue Elementary and 12 others at 93rd Street Elementary, but none needed to be taken to hospitals.

Jordan High was also affected but no one was treated there, he said. 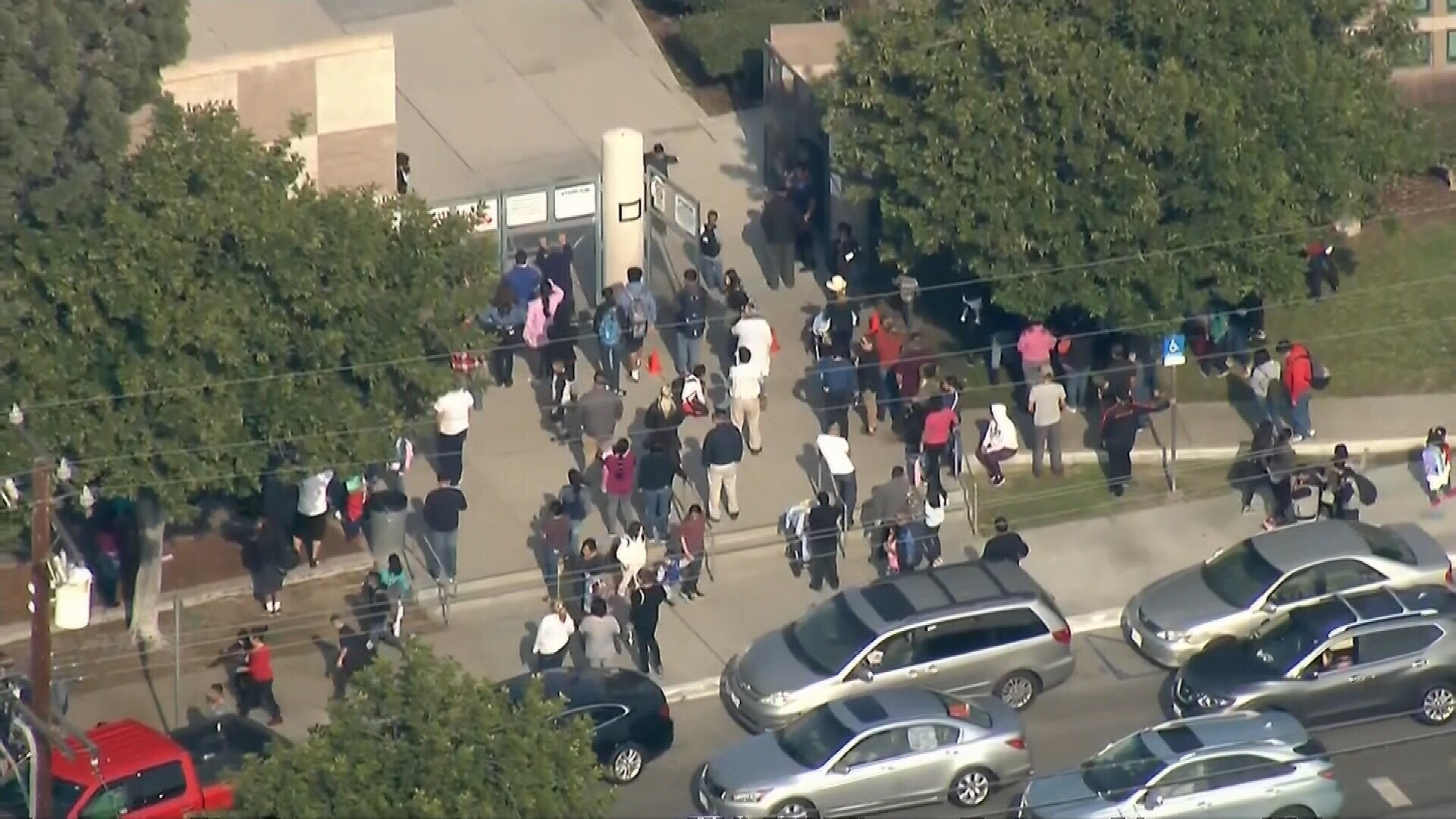 Los Angeles County Fire Department Inspector Henry Narvaez said the fuel had dissipated by the time it reached the ground but the children and adults could smell it.

Insp. Narvaez said the patients complained of mild skin irritation and were treated with soap and water.

There were no evacuation orders for the immediate area .

The school district said in a statement that paramedics were immediately called to treat anyone complaining of "skin irritation or breathing problems" and that its environmental health and safety office also responded.

Park Avenue student Diego Martinez said he and his classmates were outside for physical education class when they saw the airplane flying low overhead.

Shortly afterwards the air filled with the pungent odor of fuel.

Diego wasn't doused but some of his friends complained that their skin was itching.

Delta Air Lines said in a statement that Flight 89 "experienced an engine issue requiring the aircraft to return to LAX. The aircraft landed safely after an emergency fuel release to reduce landing weight."

The FlightAware website's track of the flight showed the jet took off over the ocean and made an immediate turn back toward land and circled back over Southern California to approach the airport from the east.