US stocks ended sharply lower today, with the Dow posting its worst point drop in history and falling to its lowest level in nearly three years.

US stocks ended sharply lower today, with the Dow posting its worst point drop in history and falling to its lowest level in nearly three years.

Worries mounted that central banks' emergency measures over the weekend meant the economy is in much worse shape than previously believed.

Instead of soothing the markets, another emergency interest rate cut from the Federal Reserve had the opposite effect. 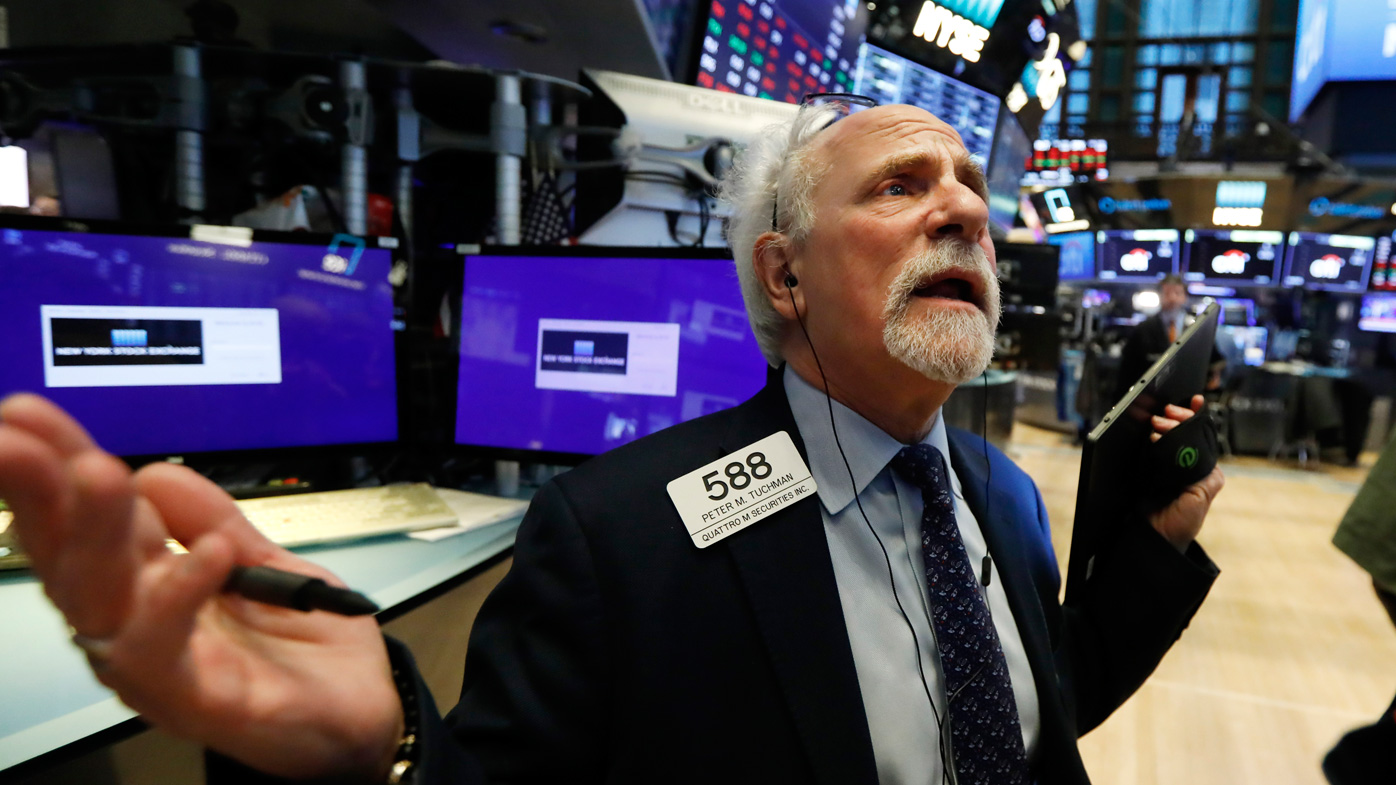 Stocks tripped a circuit breaker at the New York open, with the S&P 500 falling more than 7 per cent. Trading was halted for 15 minutes.

The market remained in the red all day and sold off further in the last hour of trading, as US President Donald Trump said the coronavirus outbreak could last until July or August.

The Nasdaq Composite closed down 12.3 per cent.

There are now more than 4000 cases of the novel coronavirus in the United States, according to government agencies and the CDC.

Stocks plunged around the world overnight as data showed the outbreak has caused an unprecedented economic collapse in China.

Markets were battered across Asia, with Australia's benchmark index crashing nearly 10 per cent in its worst day on record.

The European Securities and Markets Authority required short sellers to provide more information about their activities, saying the pandemic "constitutes a serious threat to the orderly functioning and integrity of the financial markets".

READ:  How To Talk To Your Kids About Privilege

"There is a clear risk that such downward trend will continue in the coming days and weeks," the regulator said in a statement.

Investors bailed out of stocks despite a massive intervention by the US Federal Reserve on Sunday.

The central bank slashed rates to close to zero at an emergency meeting, and said it would purchase another US$700 billion worth of Treasury bonds and mortgage-backed securities.

The shock rate cut is designed to prevent the economic shock leading to the kind of credit crunch and financial market disruptions that occurred during the global financial crisis — the last time the Fed cut rates all the way to the bottom.

"I don't think [the Fed] would have done this unless they felt the financial markets were at significant risk of freezing up tomorrow. They're very concerned the financial markets won't work. So I don't know how the markets take solace in this," Mark Zandi, chief economist of Moody's Analytics, told CNN Business.

The Fed also coordinated action with the European Central Bank, Bank of England, Bank of Japan, Bank of Canada and Swiss National bank to shore up liquidity in the financial system.

On Monday, airline stocks were badly hit as they announced waves of flight cancellations in response to global travel restrictions.

In the US, American Airlines shares actually ended 11 per cent higher, while United Airlines was down nearly 15 per cent.

READ:  Quarantine-free travel for vaccinated Aussies 'not a bad concept'